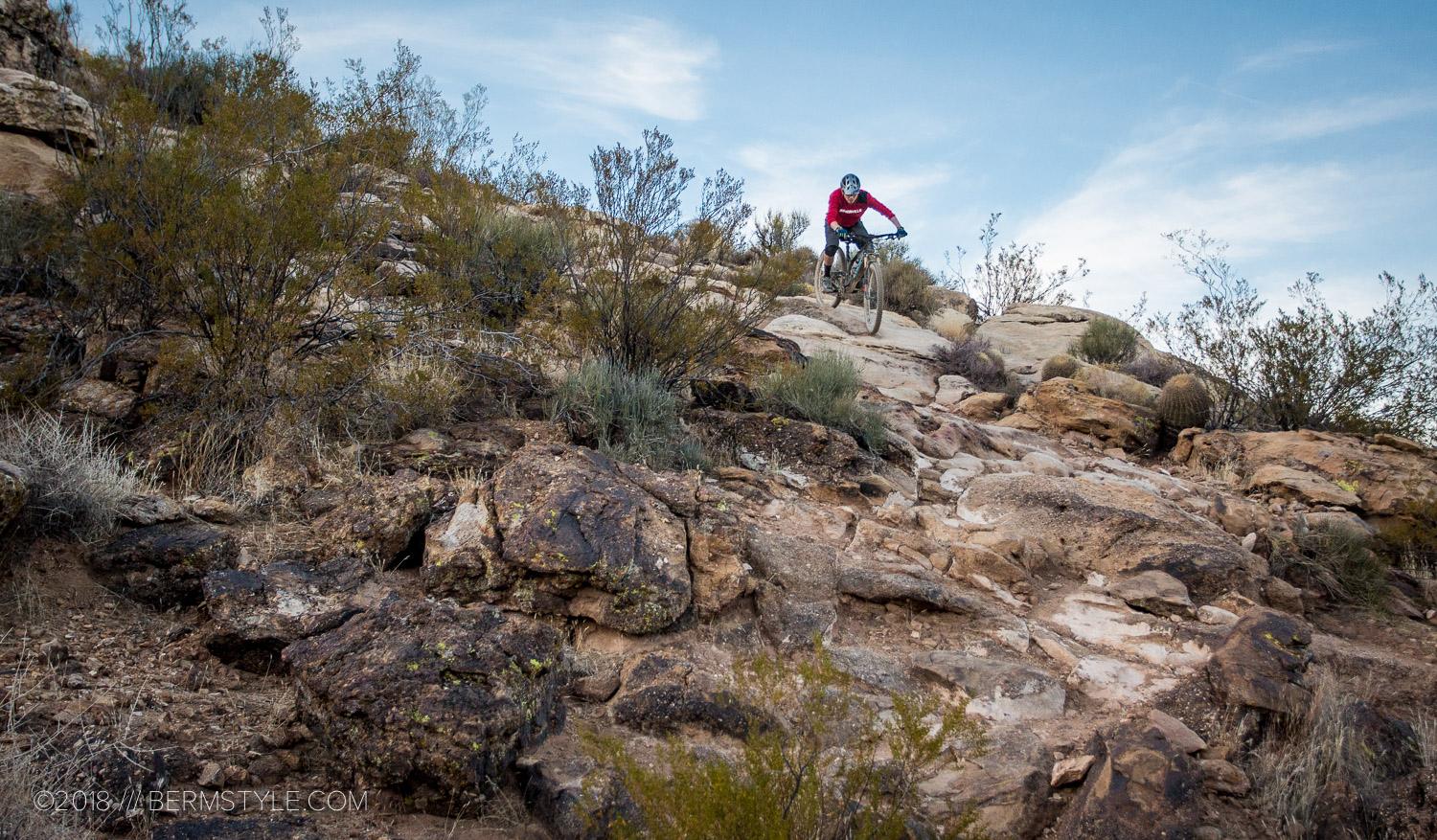 Riding down the “Waterfall” on the Barrel Trail in St. George, Utah.

St. George, Utah is often over shadowed by the trails in nearby Hurricane, but skipping it would mean missing out on some amazing terrain. We first “discovered” it on a trip to ride the Gooseberry Mesa Trail. Upon finding Gooseberry under a layer of snow, we headed over to St. George. Being at a lower elevation, the trails were ridable and based on trail reports, elected to ride the Zen Trail.  It was a fun trail and this time around, upon the advice of a Utah based friend, we headed over to ride the trail known as “Barrel”. 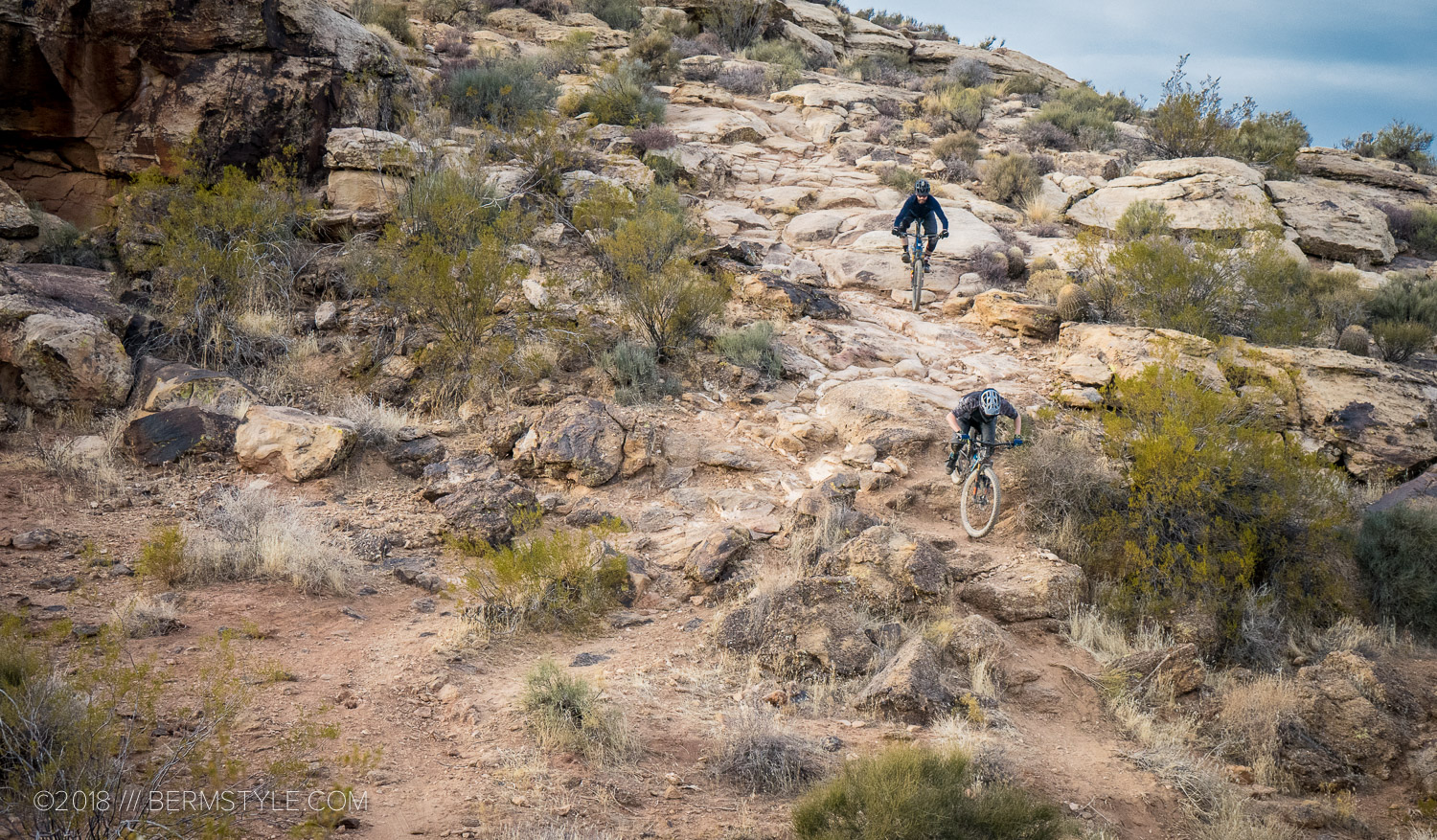 We managed to meet up with former Portlander and #vanlife pal Cory for a rip down Barrel.

Barrel Trail is easily confused with a second trail a short distance away in Santa Clara, Utah called Barrel Roll. With a number of constructed features and gap jumps as well as a few step down drops, Barrel takes on a flavor of its own. It also features a descent known as the “Waterfall” a rocky section that provides a bit of  high consequence challenge. 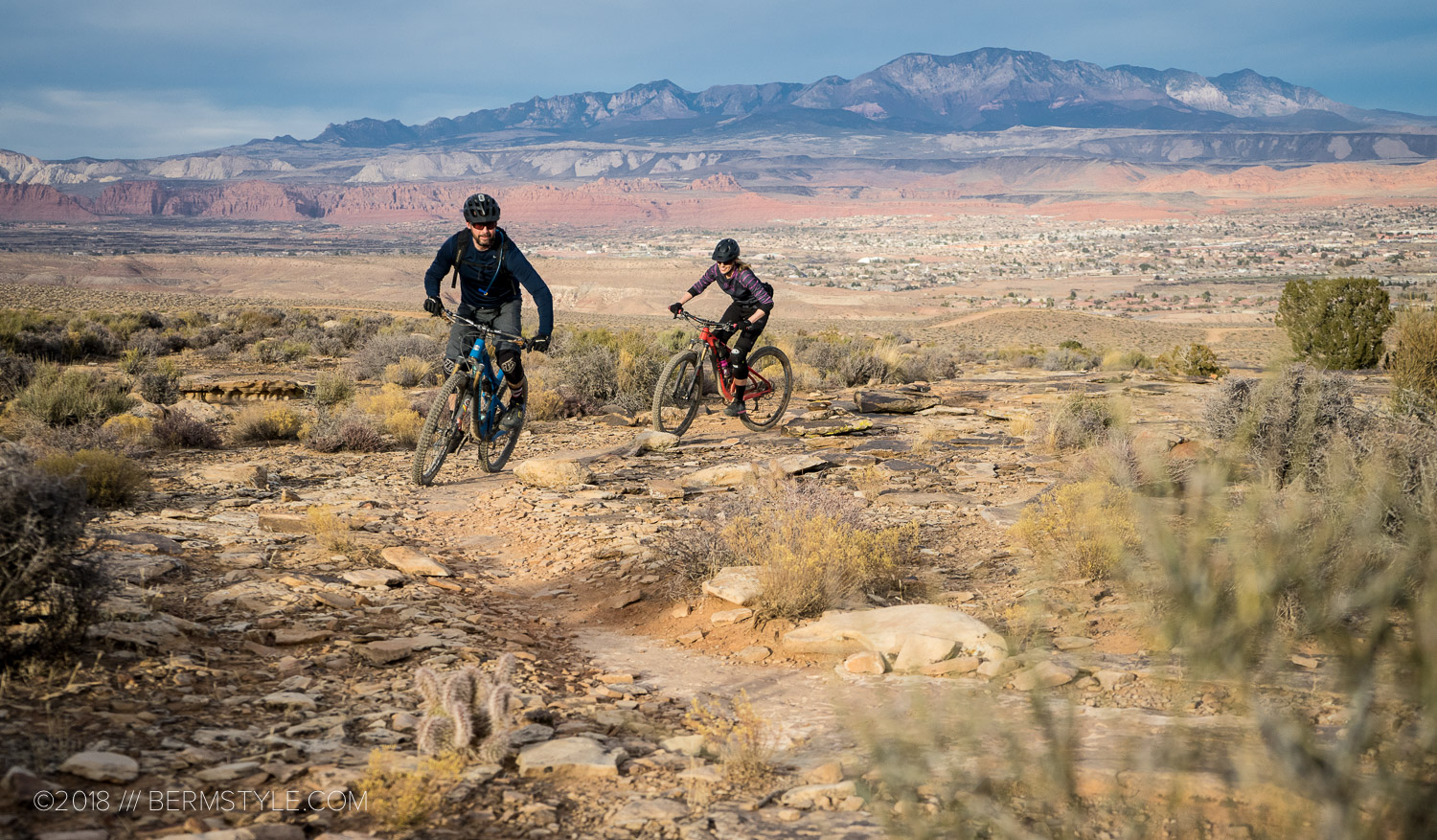 Cory and Inga make their way up the mesa; the city of St. George in the background.

The Green Valley Trails start at the edge of a neighborhood and is a popular spot for motorized recreation as well as cycling. When rolling up you’re presented with the option of an upper and lower parking lot and with motos and dune buggies ripping around, things can be a bit distracting. Plus none of the double track or single track trails are labeled, which can be a bit confusing if you’re unsure of the route you’re looking for. 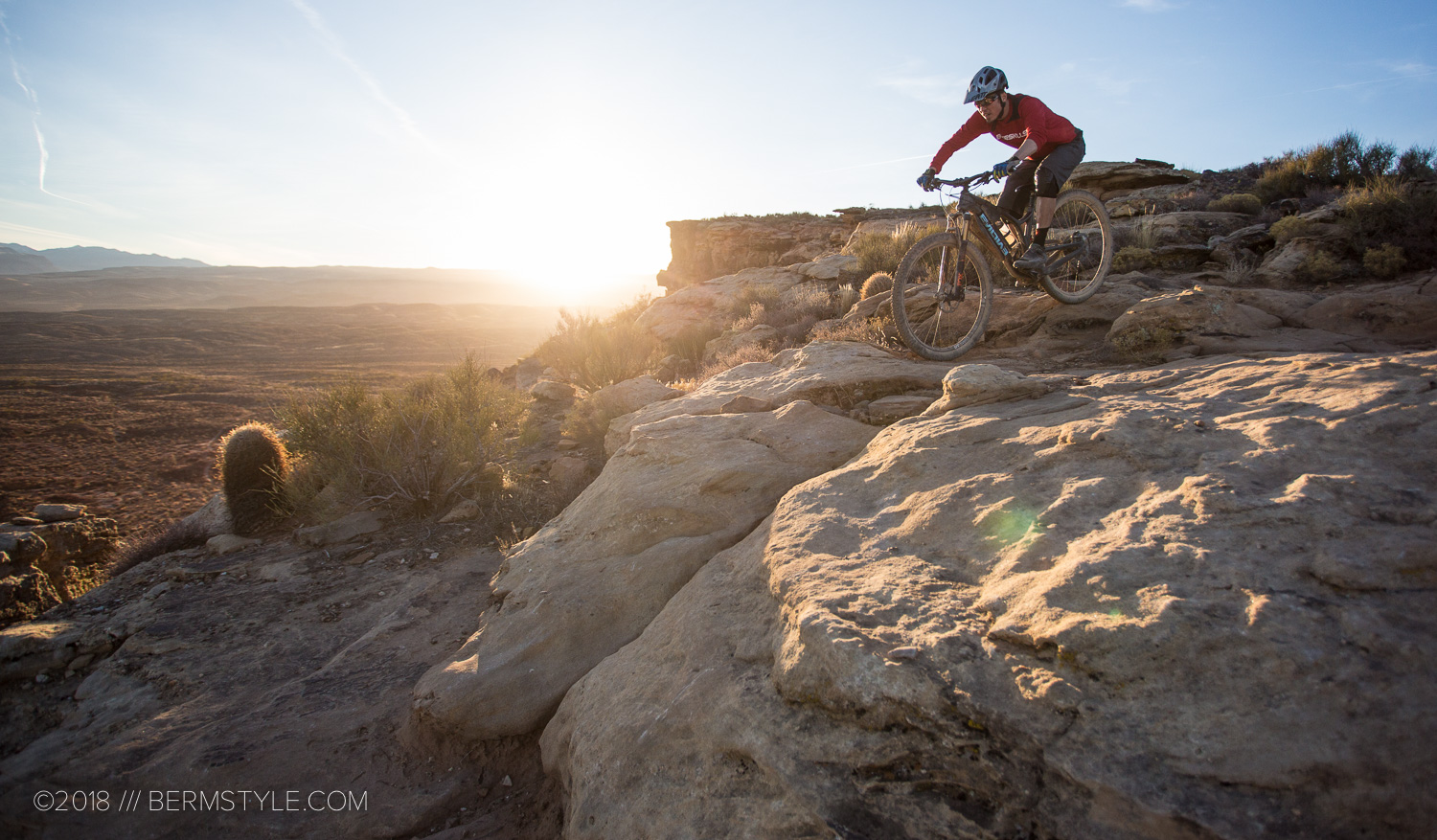 Descending a rock section with a bit of exposure

We’ve had a lot of success in route finding thanks the the MTB Project app. Although wading through the crowd sourced content can suck at times, the GPS functionality of the app works very well, and when unsure of the direction to go, checking it via the GPS kept us on track on a number of trails throughout the southwest. 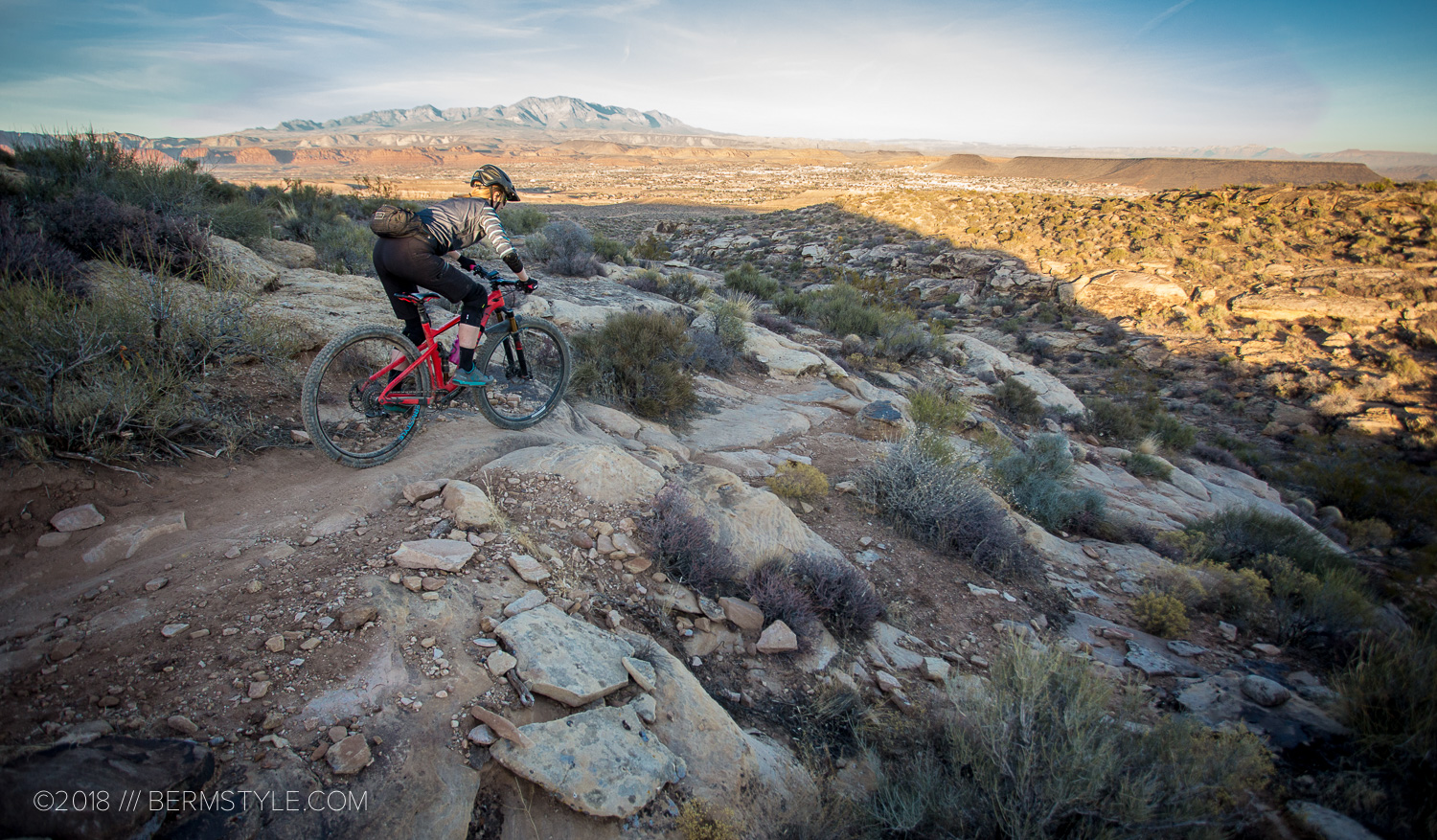 Rolling down one of the rock descents

Our first time up we rode along the dirt road until we spotted a single track. Hopping on that, we found ourselves on the Green Valley Loop, an intermediate rated trail that is often utilized as a sport and expert level XC race course. It transitions into a double track for part of the climb, and gets you to the top of the mesa. The starting point of Barrel is easy to miss, so you’ll want to keep a look out. I passed the small rock cairns that mark the starting point initially before we figured out it was the trail thanks to the GPS route. 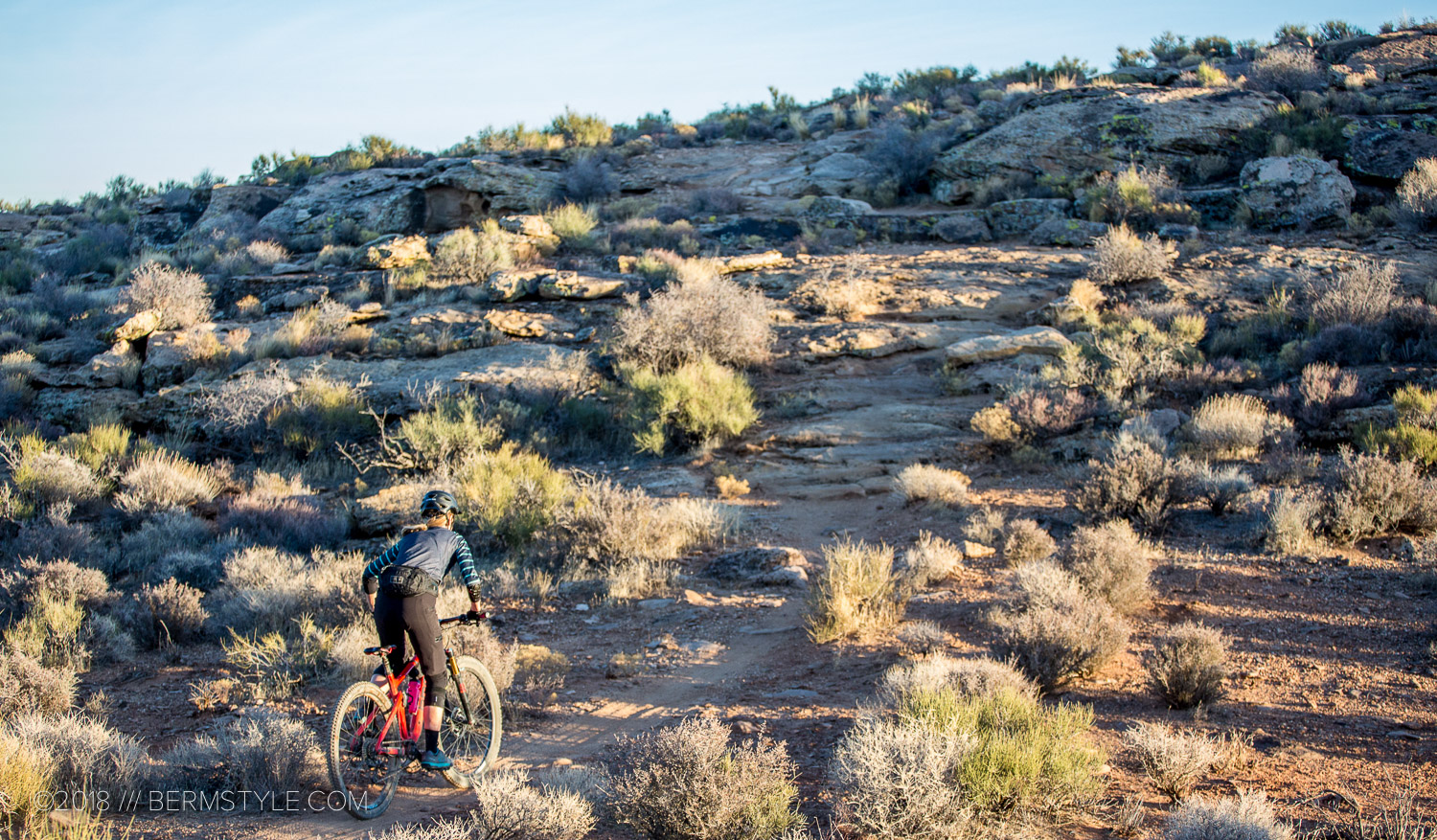 Climbing up to the next section

The route follows the rim briefly before heading down for a bit. It’s not all down hill with a few climbs back up before hitting the Waterfall section. You travel up once again before settling in to the final flowy descent which is peppered with some gap jumps and technical features. Once you learn the trail, (or if you have a longer travel bike you could just sent it) the features are all more than doable on a 5″ travel trail bike. 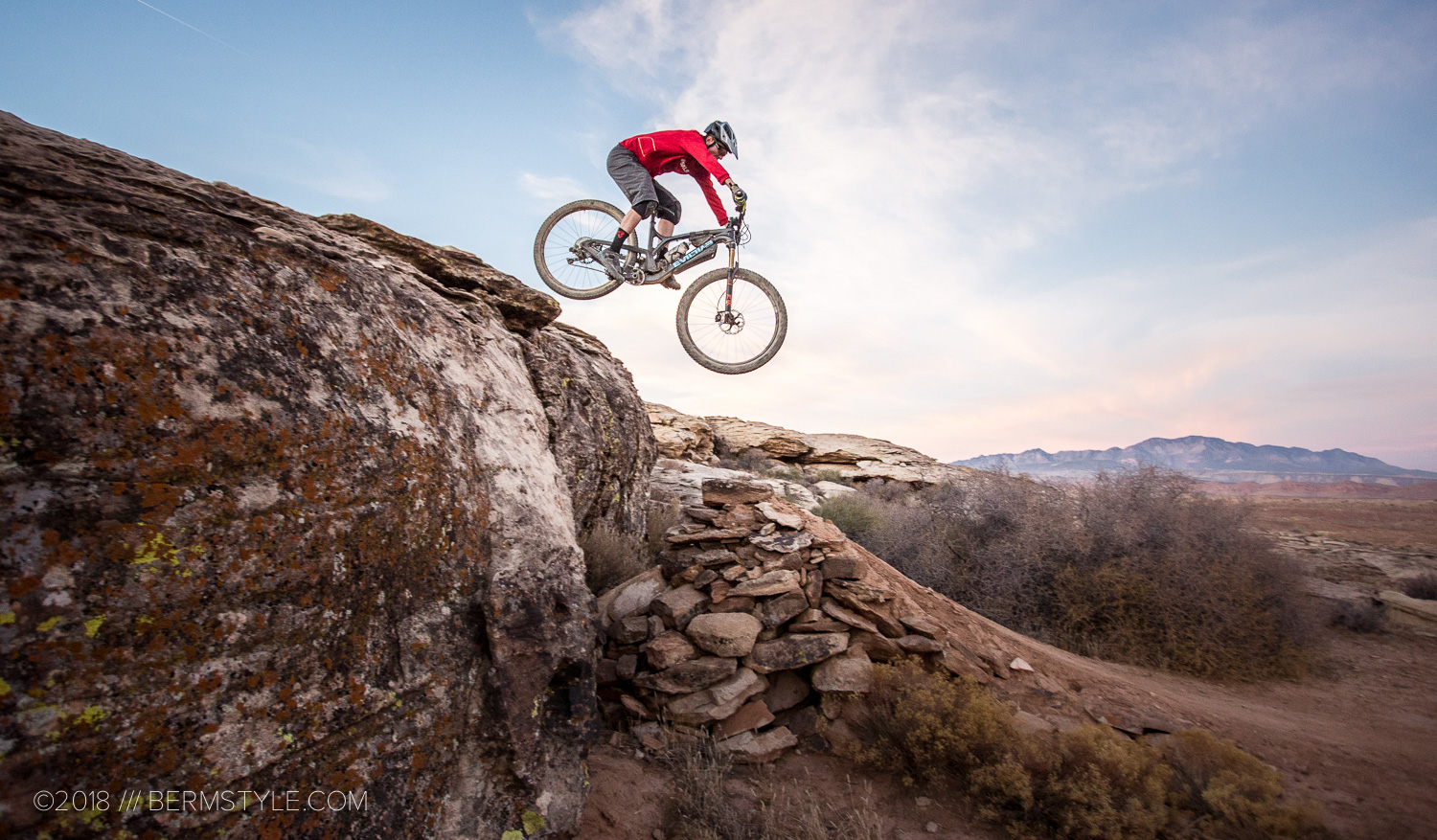 This feature looks a lot more intimidating from the top, and made me wish I had brought my longer travel Nomad with me. That said, the landing is total butter.

The Barrel Trail is on the short at 2.4 miles, with a typical ride 5-6 miles or so for a loop. There are a number of options for getting to the summit though, and connecting it to other loops to make a more substantial ride.

More importantly though, we were excited to find built technical trail features that enhanced the natural terrain and took the rad factor up a few notches. Though we headed to nearby Hurricane for the next few days to ride, in hindsight we’ll be spending more time exploring this zone. The short days have been a bit of a bummer; we would have really enjoyed exploring the other routes in the St. George area. Fortunately, there’s always next time.

There’s a ton of free camping at this site and with all the short loops accessible from one location, it’s a solid spot to meet up with fellow travelers. The downside is sometimes there can be a lot of motorized users kicking up dust during daylight hours.

Check out the Barrel Trail on MTB Project 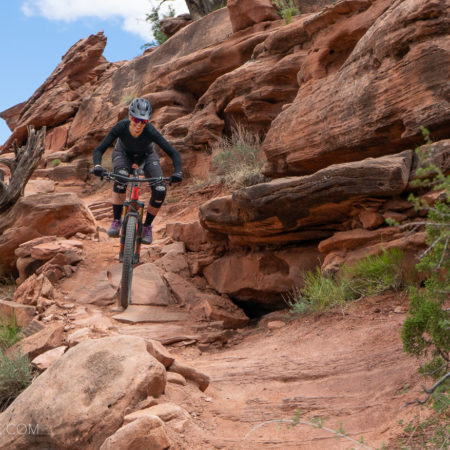 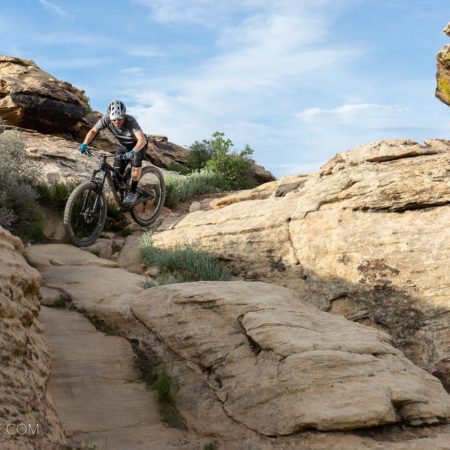 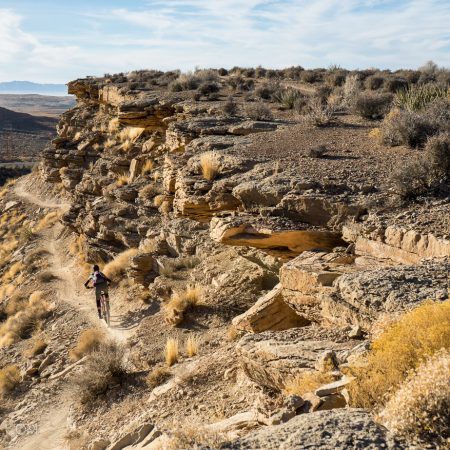