SRAM and Shimano are now pushing 10 speed drivetrains on us as state-of-the-art for trail riding these days, but how is that stuff really working compared to the reliable 9 speed stuff it replaced? Do we really need to cram one more gear back there? Do we really need tighter gear ratios for riding our bikes in the dirt when the stuff we were running already did the job just fine. I recently  upgraded my bike to the latest in order to find out.

Two summers ago I ended up taking a few shifts in a Portland bike shop wrenching in order to make ends meet. When the SRAM rep came through with his demo truck to sell the staff of the shop on the new 10 speed groupsets, I was a skeptic. Of course the stuff shifted great in the stand- what bike with new gear doesn’t? My question, posed to the rep after riding a few bikes in a standard parking lot test: how does this shift after being banged off a rock, or a errant stump? With yet another cog sandwiched into the mix, it wouldn’t take much of a tweak to the derailleur hanger to screw up the indexing. How was this drive train going to hold up to real world mountain biking? After all, we’re not just roadies playing on smooth trails in the dirt. Sadly, the marketing rep couldn’t really give me a solid answer in regards to durability of the system. 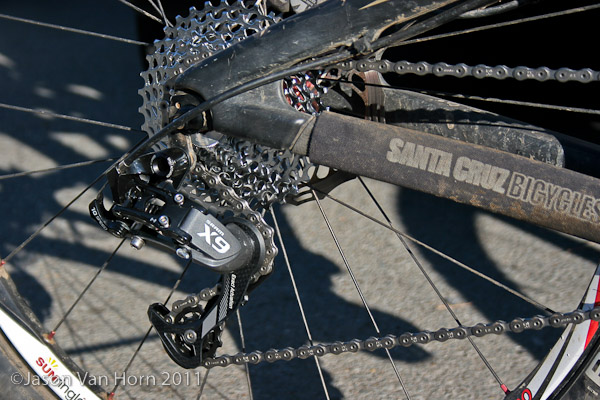 Recently though I bit the bullet and swapped out my 9 speed X-9 drivetrain and replaced it with a 10 speed version. My reasoning came down to one thing: gearing. I’ve been running a 1×9 drive train on my Santa Cruz Nomad, and while it has been fine when I’m fit and riding trails with a minimal amount of elevation gain, on trails with long steep climbs I’m hurting. The 12-36-tooth configuration really the clincher, as I was able to get one gear easier while avoiding the sloppy shifting and potential lost chains that come with having a front derailleur.

I wish I could say I was stoked to have made the upgrade. However, I’ve never been able to set the shifting up to feel anywhere near as solid as the 9 speed drive train. Although I started fresh with a new chain, rear derailleur, cassette and even a new derailleur hanger, shifting performance has never felt as good as the stuff it replaced. In addition, the shifter had additional play. While the shifting action is smooth, and I have no problem moving the chain up and down the cogset, but it just doesn’t feel… good. And when I have to think about the performance of my gear when I’m riding the bike, that isn’t a good sign. Ideally, I just want stuff to work, and I don’t want to think about it when I’m out on the trail— I want to think about the ride.

The difference in performance and reliabiliy for me was quite apparent when switching to my Driver 8 Freeride bike which inherited the 9 speed version of the drivetrain. I’ve come to miss the solid, reliable “clunk” I would feel with each shift on the 9 speed stuff, and feel a lack of confidence in the new drive train.

On the upside, the lower gearing has been really nice when it comes to climbs. However, it I was to do it again, I’m not sure I would make the upgrade. 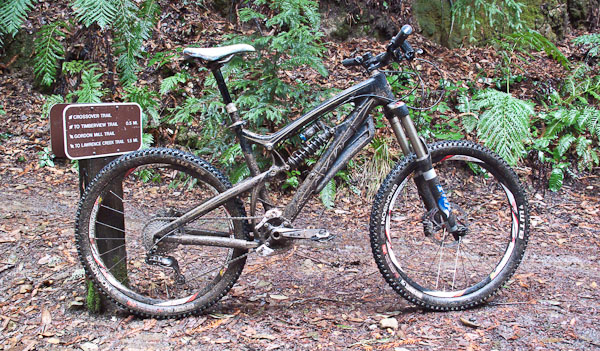