Speedvagen bikes are limited production pavement racing machines hand built by the craftsmen of the Vanilla Workshop in Portland, Oregon. Owned and designed by builder/ maker Sacha White, they recently came through town performing fit sessions for new customers, putting on rides and showcasing the bikes. Among the rides on display was Speedvagen’s take on the street-style super commuter dubbed the Urban Racer. 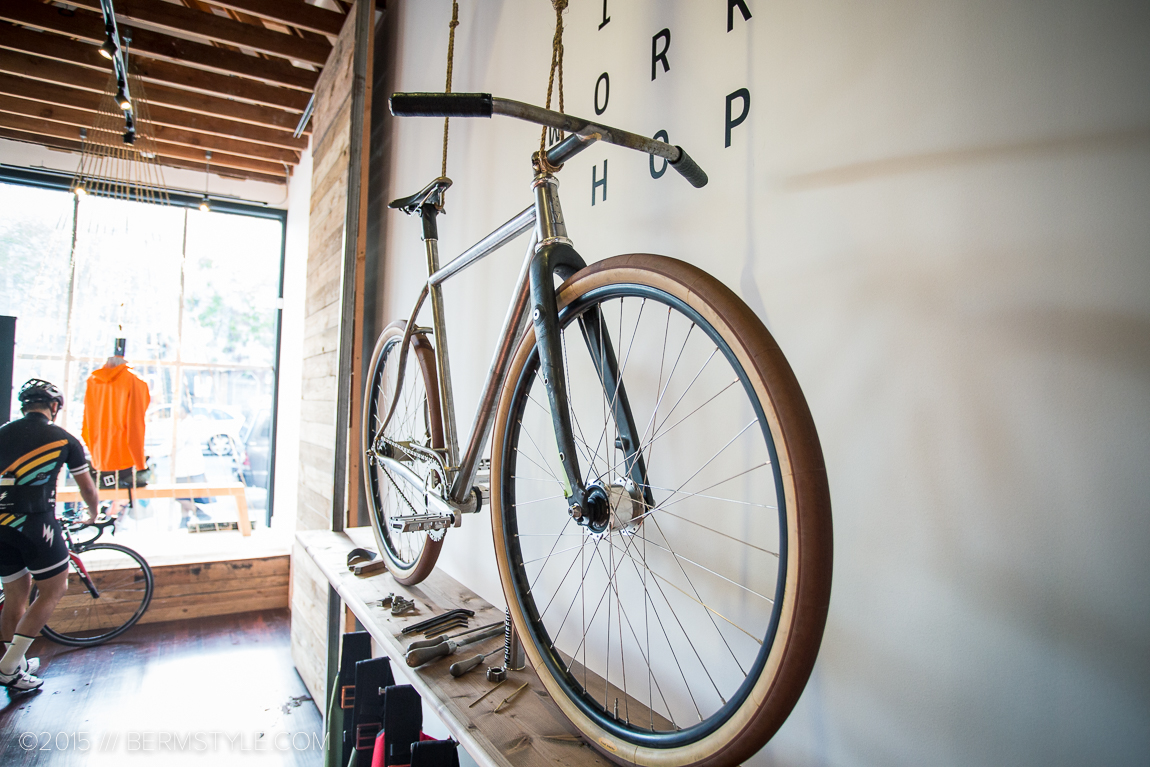 Speedvagon had an unfinished bike built up and on display.

Like the rest of the line, the Urban Racer is packed full of features, with no detail overlooked. What makes it the most interesting though, is the use of a coaster brake paired with high volume 650 x 42c slicks. The clean, minimal cockpit is reminiscent of fixed gear bikes, an aesthetic we’re rather fond of. (I can already hear the pro-helmet, pro safety, pro-front brake crowd admonishing the spec choices already— feel free to do that in the comments below, its what they’re for)
It’s spec’d with an ENVE or Whisky carbon fork that has disc brake tabs though, so a front disc brake is an option for the nay-sayers. 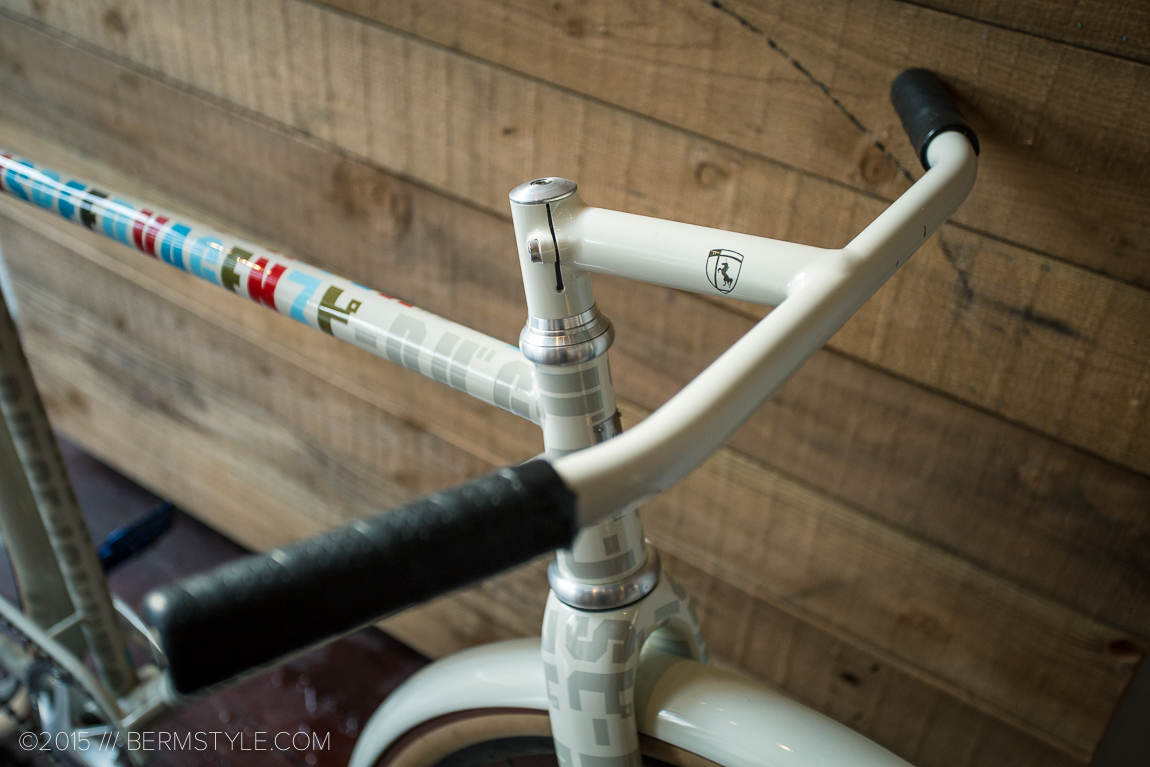 This one piece bar-stem is an optional upgrade from the Nitto bar in the base build kit.

Unlike most upright cruiser style commuters, the riding position of this cafe racer-styled commuter is lean and low, with an aggressive roadie-like position. (quite possibly why they photographed it with a DOT moto helmet)
I think if you’re adding a front brake though, maybe you’re missing the point of this bike. Safety last, bitches! 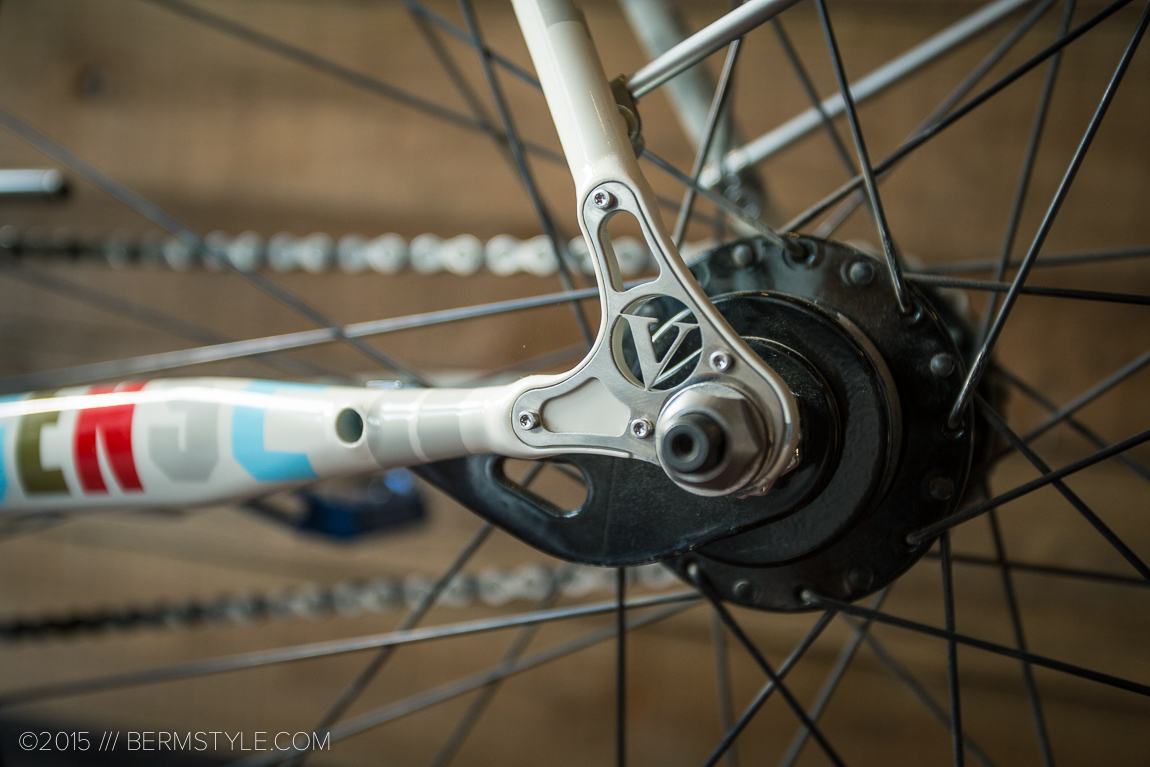 Detail of the rear dropouts and coaster brake mount.

The coaster brake mount is cleanly integrated into the frame, with the hub provided by SRAM; it’s a two speed affair that auto shifts at around 10mpr so you have an easier gear for the hills without spinning like crazy everywhere else. 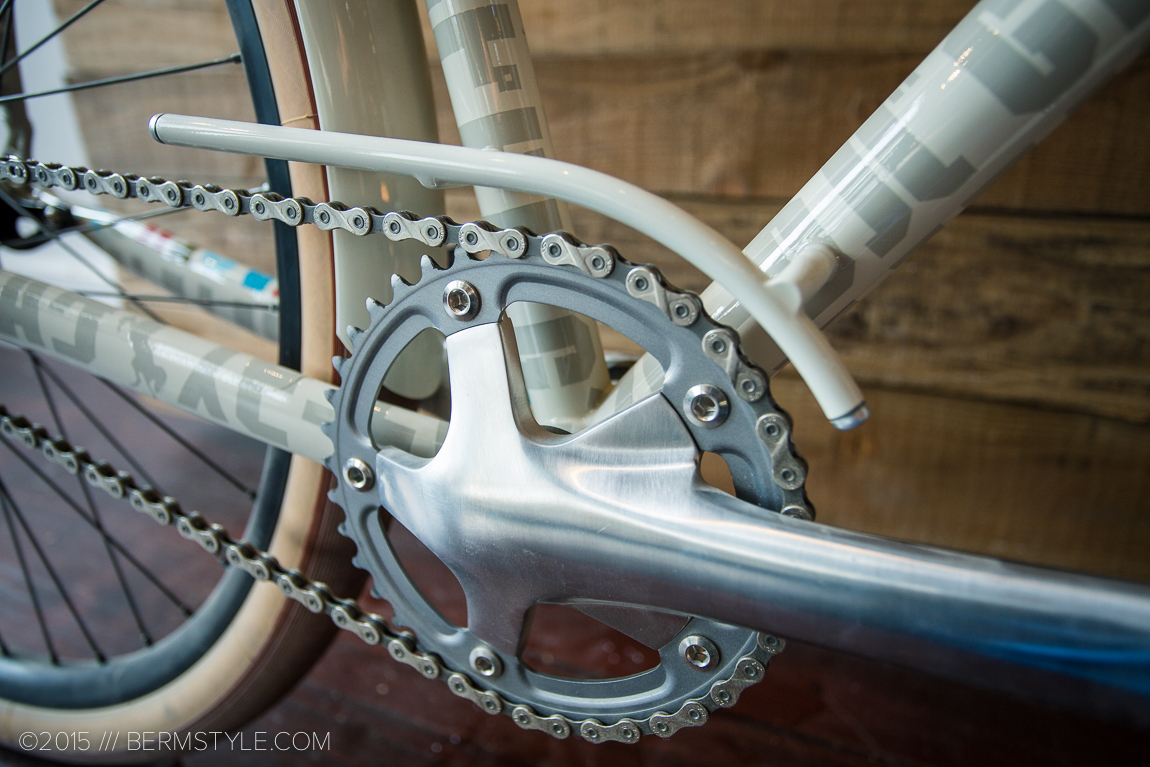 The custom chain guard bolts directly to the frame.

It’s not really designed for racks and panniers, although there is a provision for a front, fork mounted rack. 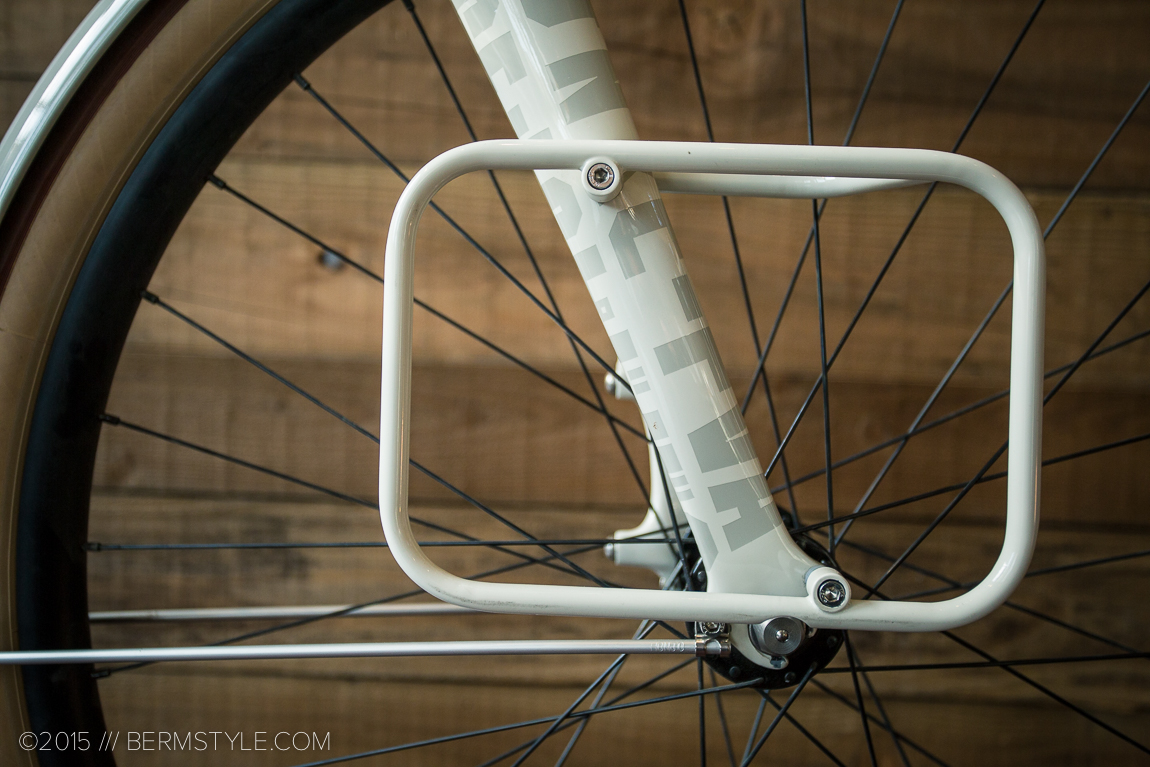 The entire bike is roadie-inspired, all the way down to the integrated seatpost with the ENVE Composites post head. 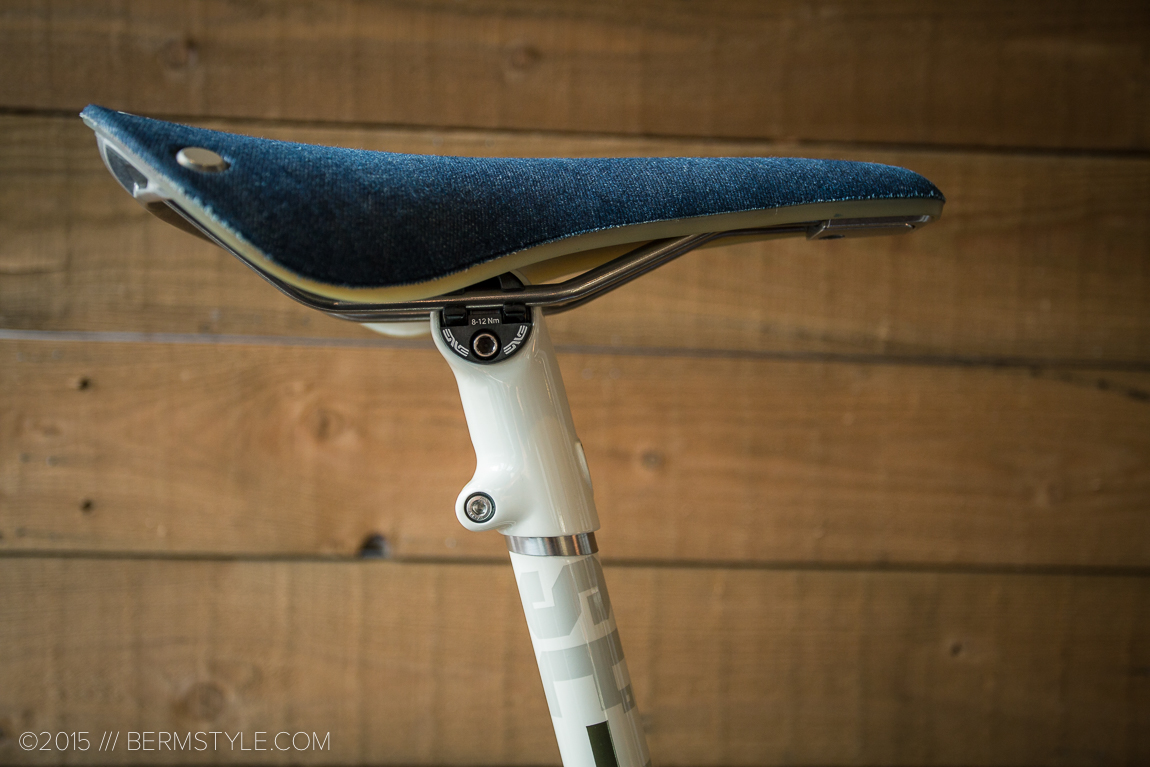 The entire bike is over the top, and definitely not for most, including the first scratch upgrade option. Administered by key of course, for a measly $10.00.

Speedvagen Urban Racer from The Vanilla Workshop on Vimeo. 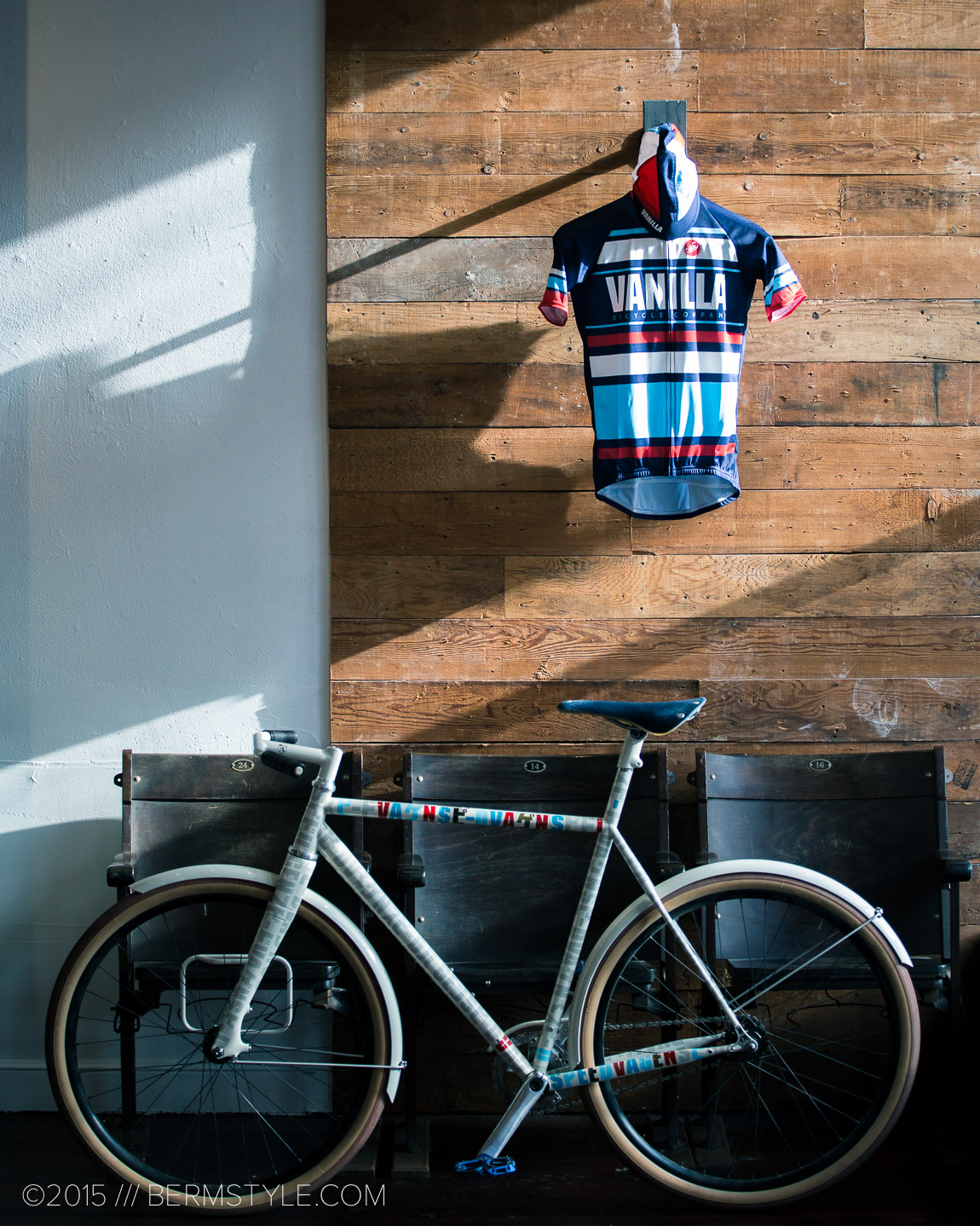 Besides the Urban Racer, they also had their race machines as well as a nice display featuring the art of Chris McNally. Check it out in the gallery below. 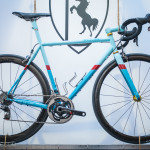 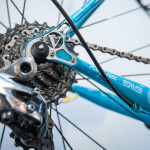 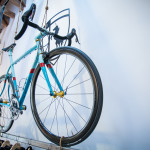 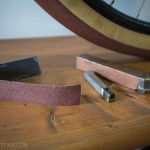 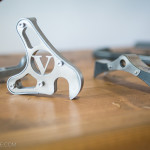 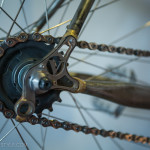 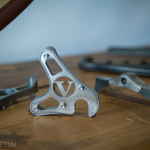 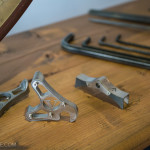 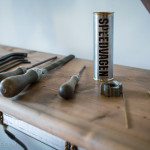 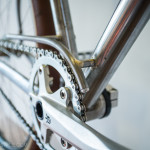 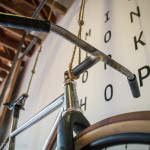 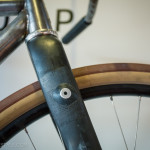 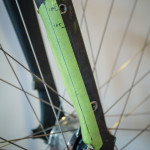 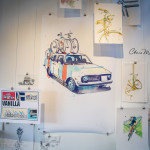 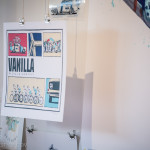 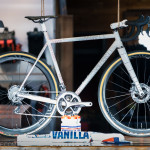 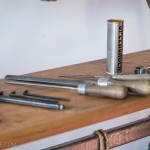 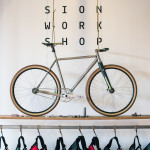 The Urban Racer starts at $4895 with upgrade options available. If you lock this bike up outside of the movie theatre, even if it is something chill like the Bagdad on Hawthorne in PDX, you’ll probably want a New York Chain.

Love it? Think it’s too much? Feel free to say so in the comments section, or just go check it out at The Vanilla Workshop.