We’ve been keeping an eye out for a bike rack that can hold a good number of bikes for a while. While we’re currently happy with our rear hitch rack, (a Kuat 2-Bike) we’d ideally like to be able to cart at least three bikes on the road with us when we leave town. The drawback to the tray style, is that although two bike extensions are available for additional capacity, is they get pretty long and stick out quite a ways when set up with four bikes. (we also question stability, durability and good luck finding a parking spot)

Canadians apparently shuttle with DH bikes more than anyone else, as both of the vertical style hitch racks on the market come from the Vancouver area. A few DH bike friendly rear racks have been around for a bit, (see NorthShore Rack) but a mainstream rack company has yet to produce a take on one. That appears to have changed with the release of the Softride Hang5 Hitch Rack. Although there are a few designs that appear to have figured out the bugs, it is encouraging to see one of the more mainstream rack companies produce a take. It doesn’t look like it has quite figured it out (pretty sure I wouldn’t be able to lower the tailgate of our Honda Element with the Hang5) all the way, but a five bike capacity is pretty solid, and that means four of my buddies could ride, with the fifth drives the shuttle vehicle back down, and that would equal lots of sweet runs in one afternoon.

The Hang5 looks to carry bikes by the bars with rubber covered hooks that are far less likely to get your bike scratched up than lining them up over the tailgate of a pickup, and with a $650.00 list price, that is a lot of bike carrying capacity for the buck. Due to the high bike carry capacity, its designed for 2″ receivers only, and weighs 100 pounds. We’re still interested in the Arbutus model (mainly because it looks like it was designed with our current vehicle in mind) but it is nice to see we may have more options for carrying bikes in the near future. 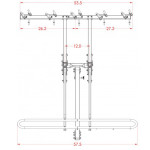 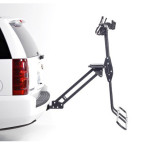 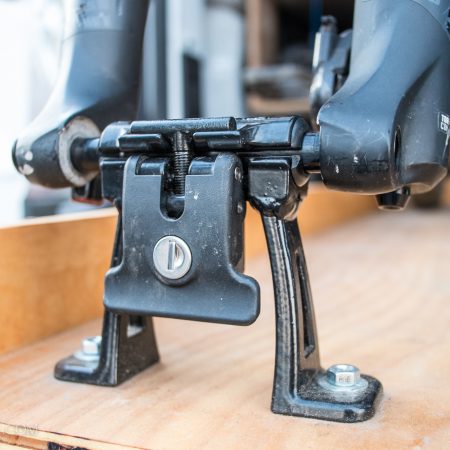 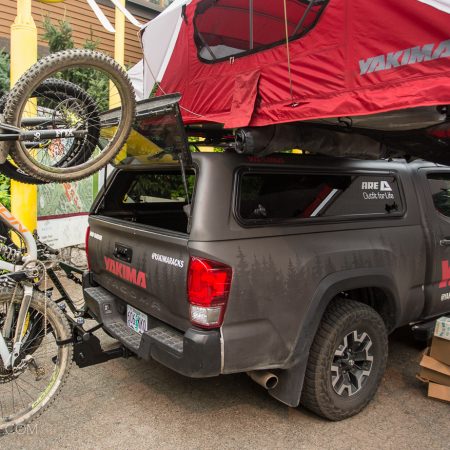 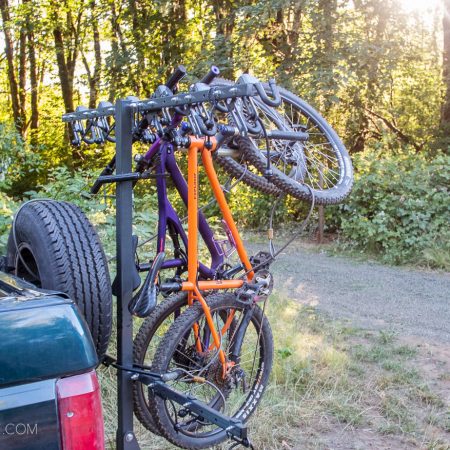 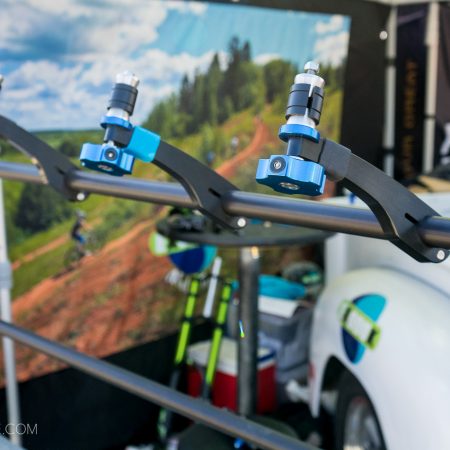