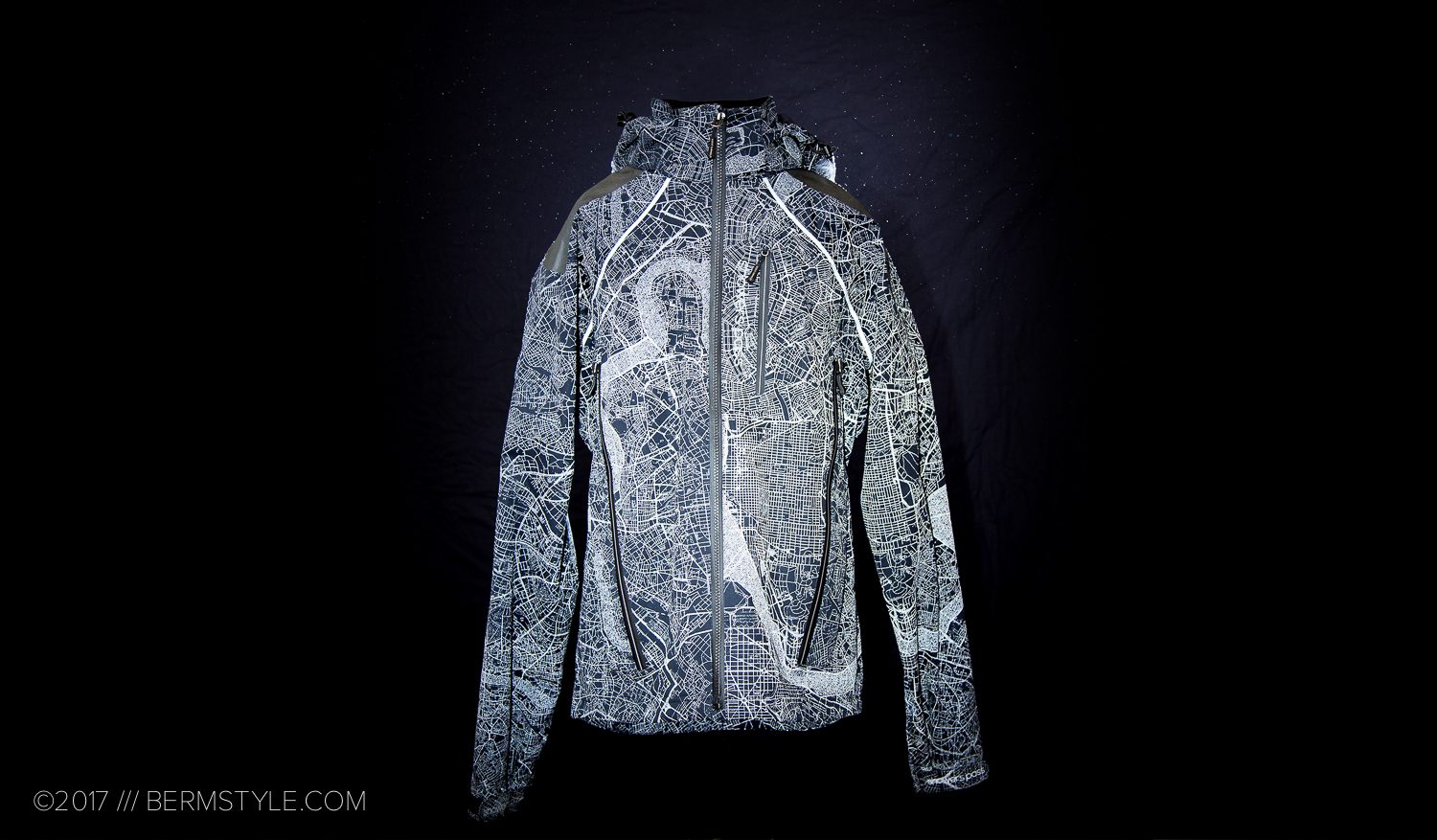 The Showers Pass Atlas Jacket, seen with light directed to it, lights up brightly.

Showers Pass makes some damn fine rain gear. Not just for cyclists either. As noted in a previous post, I’ve been essentially living in their Refuge Jacket for the last few months, thanks to the deluge of never ending precipitation here in Portland. That is until I stopped by Showers Pass HQ to catch up with the crew, and Jeremy presented me with the new Atlas Jacket several weeks before it was publicly launched. The Atlas looks like a regular rain jacket (albeit with some cool graphics printed on it) until you shine a light on it and it lights up like a Christmas tree.

As you can imagine, it makes it a great option for when you want to be seen by cars at night, without looking like a construction worker draped in hi-vis material.

Like the Refuge Jacket, the men’s Atlas is waterproof and breathable with fully taped seams. The extra long rear coverage flap and rear pocket are dropped, but the important elements have been carried over including the extra long core vents at the front of the jacket, front chest pocket, adjustable cuffs, removable hood and reinforced shoulder panels. (it does feature a dropped tail, just not the bonus coverage) 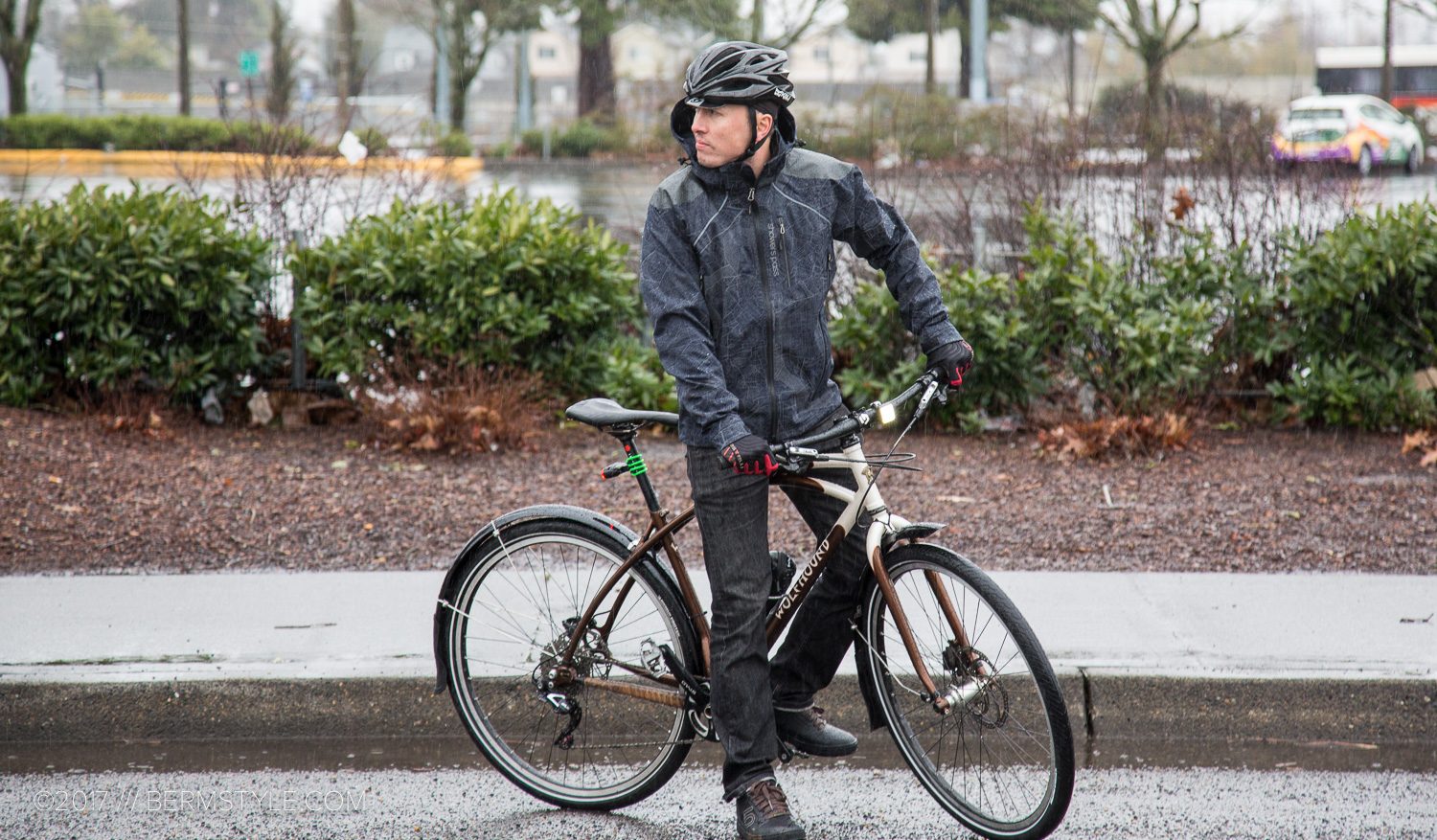 Just another spring day in P-town.

The biggest change though, is the use of the unique MapREflect fabric, which is printed with reflective graphics of maps from 11 cities. I also like the fit a little better. It still is roomy enough to comfortably fit multiple layers and an insulated jacket underneath, but I prefer how it drapes a tab bit better. While I can appreciate the day time visibility of the neon hi-viz, during the last bit of the rainy season I found myself using the train and found the Atlas far more my style. 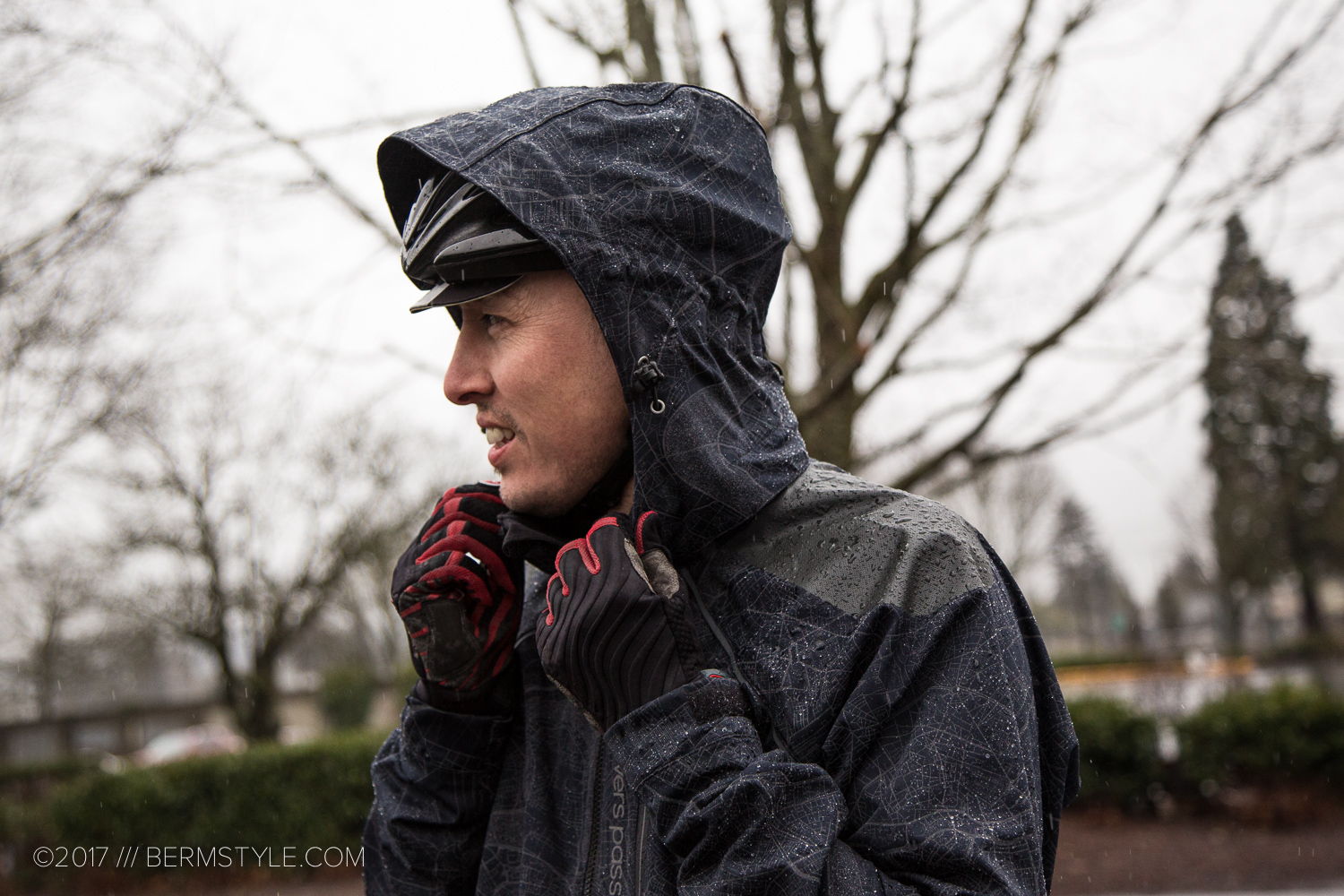 The hoods on the Showers Jackets are the best of any I’ve owned, fitting well over a helmet or without one. They’re also removable.

Like the Refuge, the Atlas boast some impressive specs. 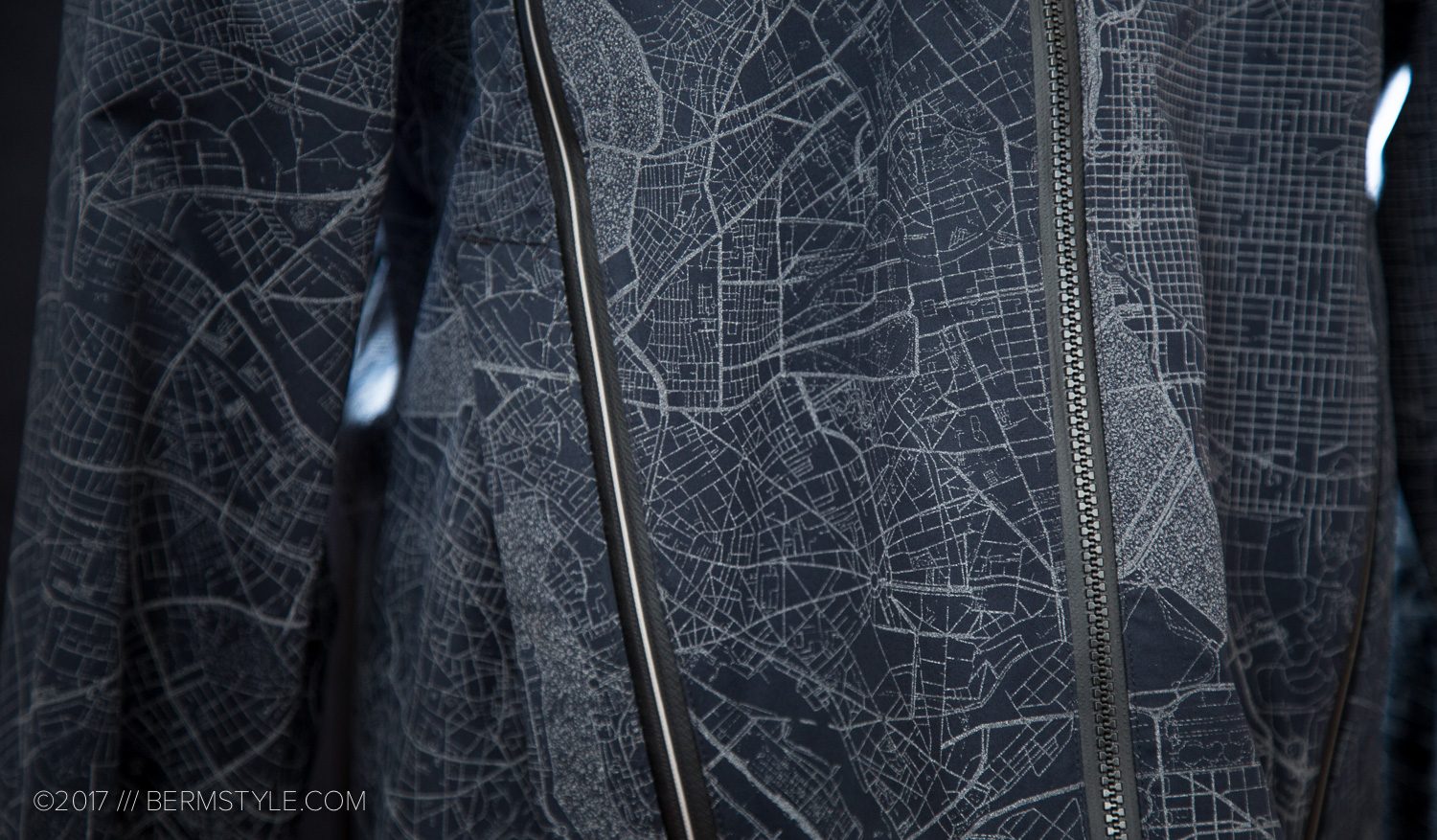 Detail of the front zipper vents 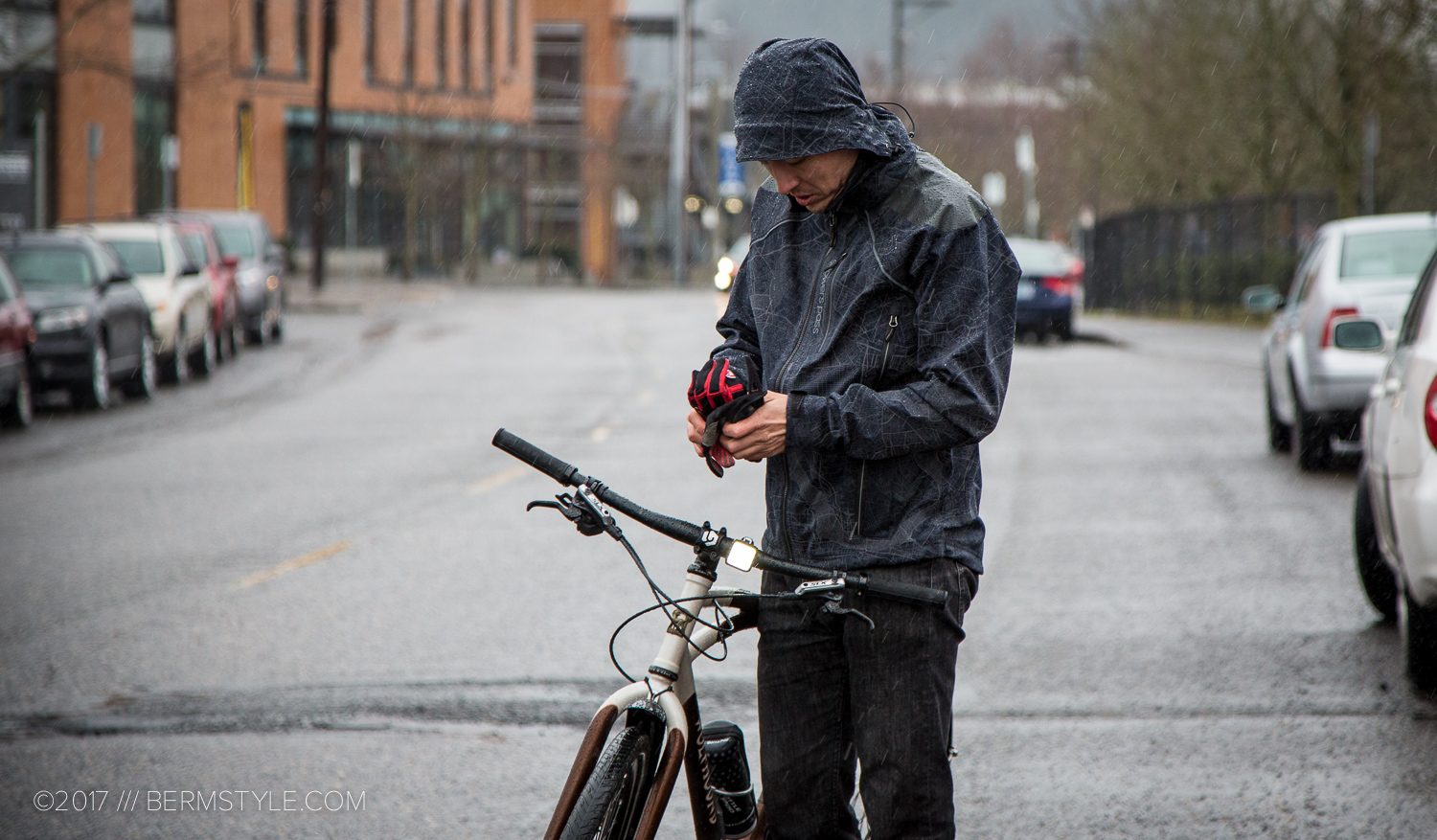 The Atlas is also great as a rain jacket off the bike.

Like the Refuge Jacket, the Atlas is targeted towards the core commuter aiming for the “ride everyday” participation award. When it comes to high intensity riding, like the Refuge, I found the front zipper vents helpful in adding ventilation, as well as the adjustable cuffs. If you’re cranking hard regularly in warmer temperatures, the Elite fabric in the Refuge outperforms the MapREflect material used on the Atlas in terms of breathability, so shop accordingly. 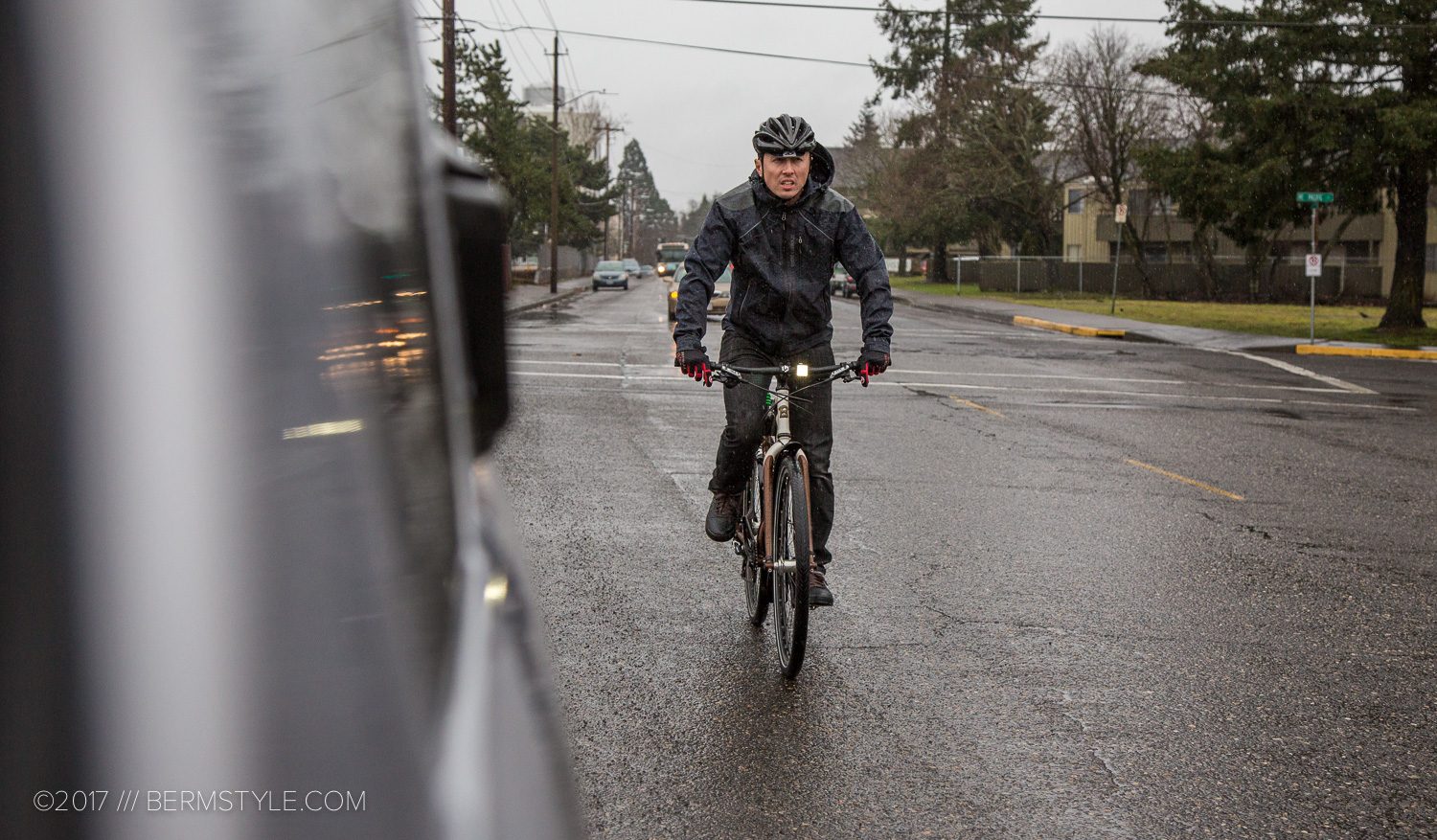 Life in PDX. I just want a good pair of everyday pants that can hold up in the wet stuff now.

Full disclosure: the gang liked the photos I took for our Refuge review that they asked we could get a few of the new Atlas for them. Of course we responded in the affirmative, and if you visit the Showers Pass website you’ll spot images shot in the team Bermstyle photo studio. They didn’t specifically ask us for a review of this jacket, and since we’ve accepted compensation for the images, I’m not about to word it as such. So you know, read this with a pinch of salt. 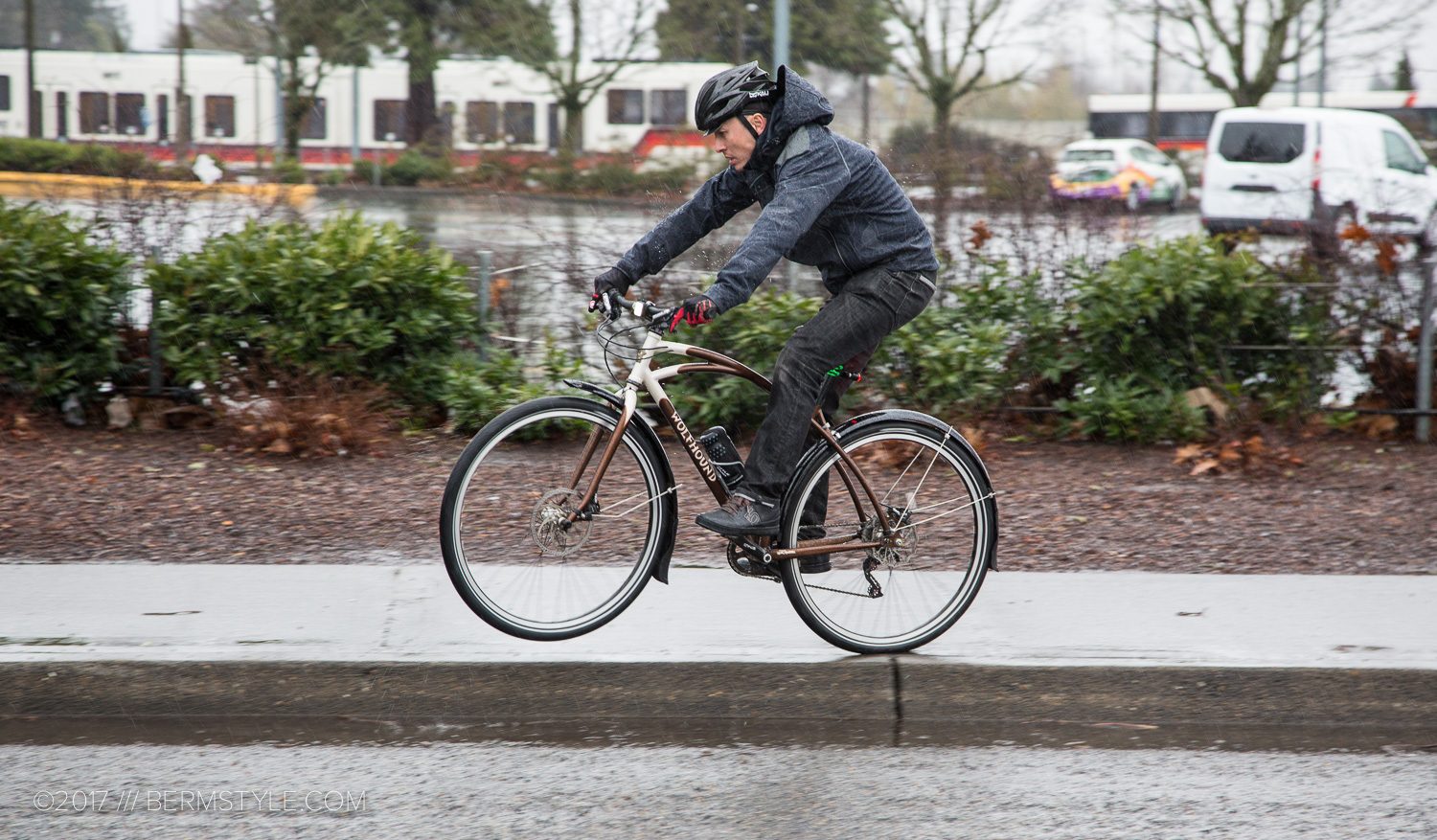 Though it doesn’t breath quite as well as the Refuge, it’s still quite impressive. I’ve also taken to running lights day and night, but the versatility and good looks of the Atlas have won me over. It’s easily the most eye catching reflective jacket I’ve seen to date, and I’ve practically worn this thing every day since acquiring it — it’s a really good piece of gear. Most people are either fans of hi-viz gear or not. (I’ve been wearing it begrudgingly this year due to frequent close calls with inattentive drivers) I still have the neon yellow/green hi-viz Refuge, which remains my go-to for riding in cold and rainy/ foggy mornings for the additional visibility. However, I feel like a bike nerd wearing it anywhere but on the bike. Now that my commute is a bit shorter, choosing what to wear on my bike ride to work is a bit more challenging. (poor me)

That said, if I could only own one jacket for life in Portland, it would be the Atlas.

The Atlas lists for $275. Check it (and me) out at ShowersPass.com. 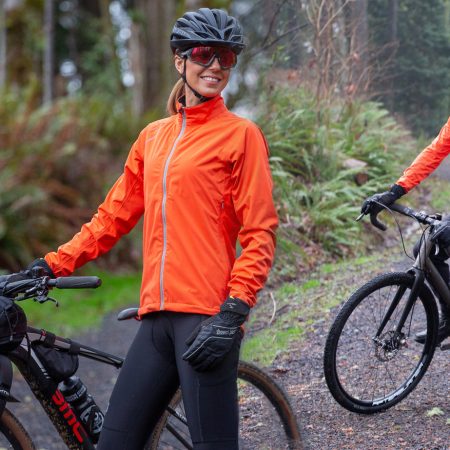 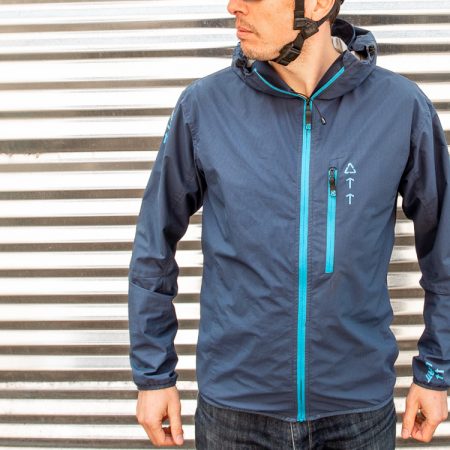 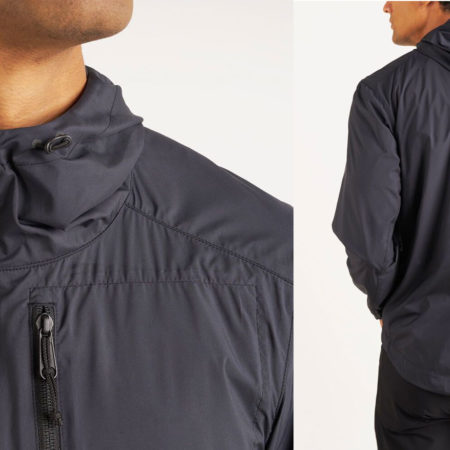