Riding a bike to explore the city is without a doubt the best way to discover new places. You can cover lots of ground, avoid the stress of being part of traffic, and save money while having fun. One of the most fun and interesting (not to mention cheap) ways we have found to discover new spot,s has been participating in Bike Party. Taking all the fun bits from Critical Mass rides, Bike Party is like the Halloween Edition of Critical Mass, but with a different theme and route every month. Unlike Critical Mass rides, the Bike Party route is planned out in advance, published and features several stops for participants to regroup. It also means you can come in late and find friends, something that can be somewhat difficult with a mass ride. 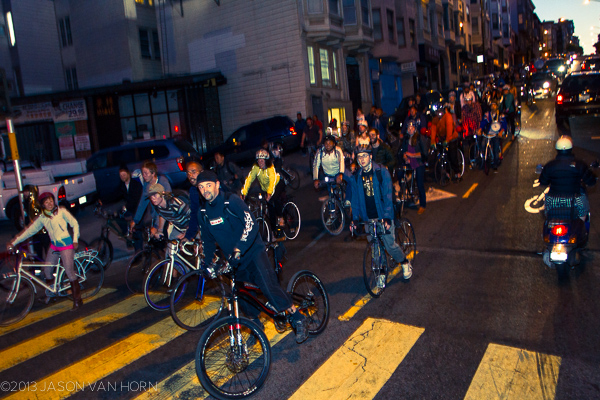 The biggest difference though,is the energy. Whereas Critical Mass is a political statement that can be filled drama, the focus of Bike Party is on the party, and differentiates itself by being a celebration of the bike. Stop lights are obeyed, and the group makes an effort to share the road with other vehicles. The response from the community is positive, and the ride doesn’t feature the police escort found with the Mass rides. 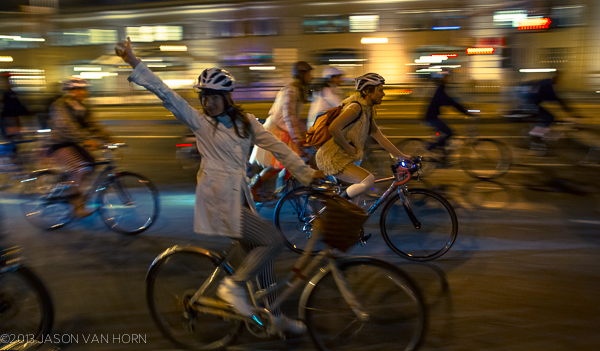 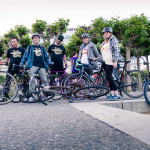 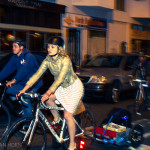 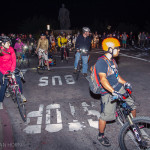 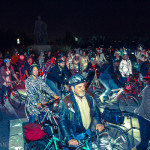 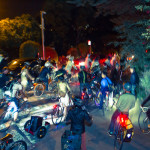 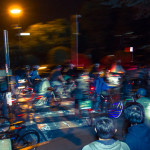 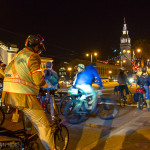 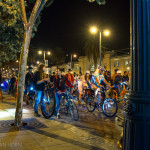 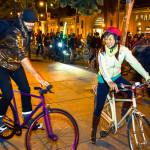 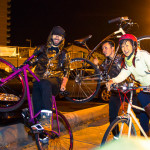 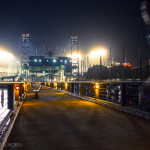 Bike Party SF takes place the first Friday of every month,(there are also Bike Party rides that take place in Oakland and San Jose) and you can find out about the next ride on the site: SFBikeParty.wordpress.com