For our last few posts we’ve highlighted our reasons for trudging over to south San Francisco to hang out at the SF Bike Expo again this year, but one of the best reasons was to actually ride bikes. Besides the massive jump lines assembled for the AT’s headline event, “AT’ Showdown” there were also several small pump tracks, box jumps, and bike polo. This year, instead of standing around watching dudes huck the big jumps I elected to actually bring my bike and get some me time in. I did manage to catch a few shots, and saw Greg Watts land a front flip to manual, which was pretty damn impressive. Check out an edit of the comp on Pink Bike here if you need to catch a fix of dudes in skinny jeans on big jumps. 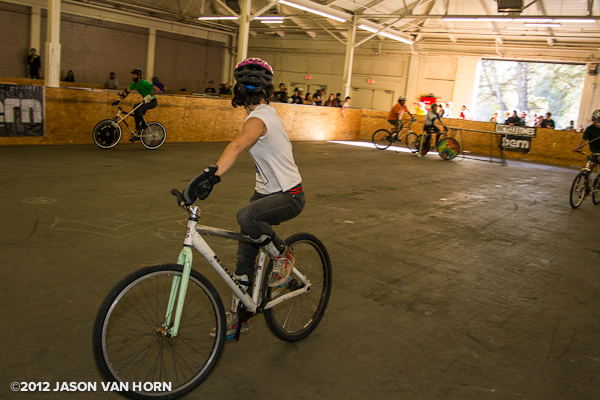 Other than the big show, there were plenty of other things going on, including bike polo. I can’t say I’ve ever tried bike polo, but after watching it a bit I might have to give it a try. It looks super fun; it reminds me of playing floor hockey in grade school, and that was the highlight of my day back then. I’m tempted to put a beater bike together to give it a try sometime. 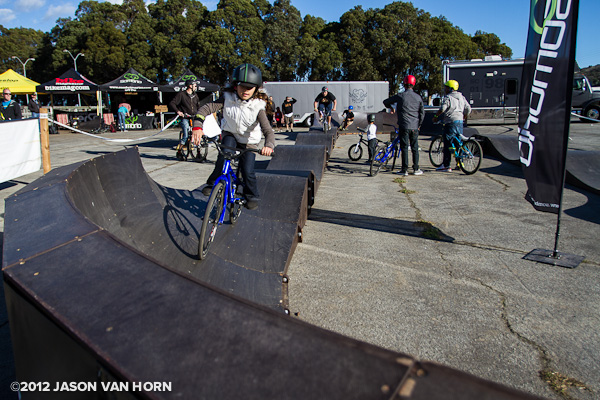 We run out of daylight pretty quickly this time of year, and sadly I never got in to run some laps on the Sombrio wood pump track. Reports are that it’s pretty fun, and has a few different configuration options. 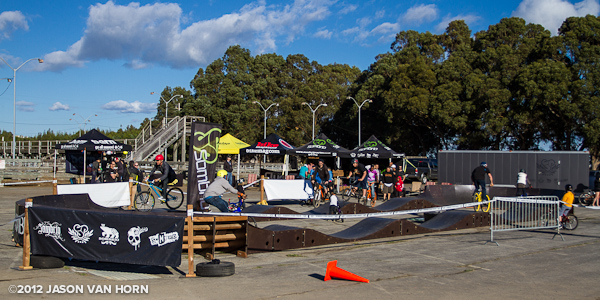 Another angle of the Sombrio wood track 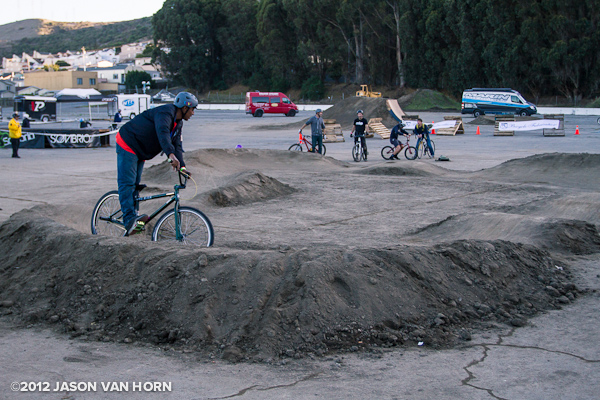 A pump track for the groms

There was also a small dirt pump track on site. It still kills me that it is never a problem throwing a small track up for an event, but we have yet to get a permanent one in SF. Lame. We should just build one and see what happens. I’ll probably have better luck getting one in the east bay before SF comes around. In fact, there’s already a somewhat secret track in the east bay. (It’s not officially approved, so who knows how long it will be around.) There’s also a decent pump track in Pacifica, if you’re interested in seeking out the pump track experience and you don’t have a friend with a sweet back yard. 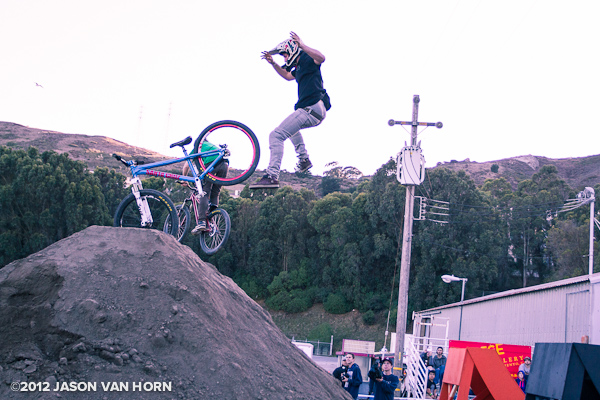 This image is just fun.