We’re in Monterey celebrating the official kick off of the 09 cycling season here at the Sea Otter Classic. It’s a good time, as it is every year, with all the newest & latest cool gear on display and all the cycling elite are out and about.

Inga and I have been working at the IMBA booth helping spread trail love and recruiting new members for the cause: keeping the trails we love to ride open, and working to build new ones and enhance the old ones, making for a better trail experience for everyone. It’s a cause we whole heartedly believe in, and if you aren’t already a member, we strongly encourage you to consider joining, and possibly getting even more involved.

Since we’ve been working and networking our bootys off, there hasn’t been a lot of time to check out all the cool new stuff that has been released. It is hard to walk more than a few feet before some thing awesome and shiny strikes your eye though, so enough with the work spiel, let’s get onto the cool stuff we saw so far:

Who doesn’t love checking out the latest and greatest stuff out there? However, first I was on a mission to get the Totem fork on my //awesome// Trek Session 88 FR bike dialed in, so my first stop of note was at the SRAM truck where we stopped in to visit our buddy Jon C: 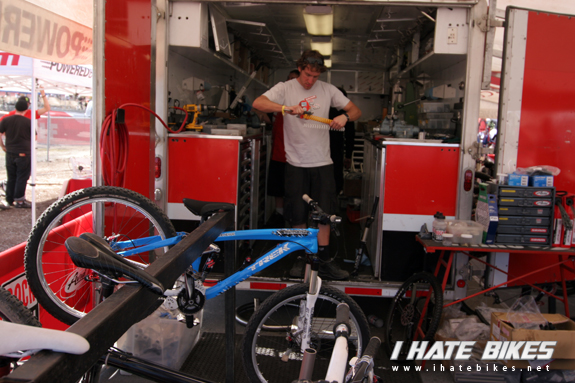 Jon C double checks my totem spring to make sure its the right one-thanks Jon!

In the last season, Trek has begun producing some exceptional bikes for us freeride/ downhiller/ aggressive trail rider types. While I was waiting for Jon to dig out the right spring for me,  I saw Brandon Semenuk’s bike slope style Remedy, and I had to take a closer look.  (I want.) Check out his custom set up on his cranks. 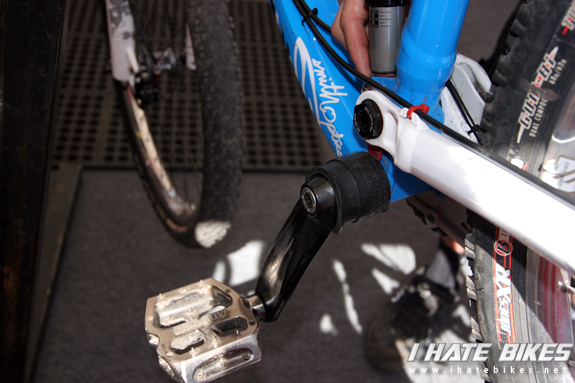 Some custom tube action on the Trek Slope style bikes

At first I thought the tube wrap was to make it easier to land tail whips- maybe if the foot missed? I was wrong- close though. The wrap keeps the cranks from moving during tail whips, superman airs, and no-foot cancans. The other cool thing on the bike was the rad custom shifter placement on the down tube, using a thumb shifter. 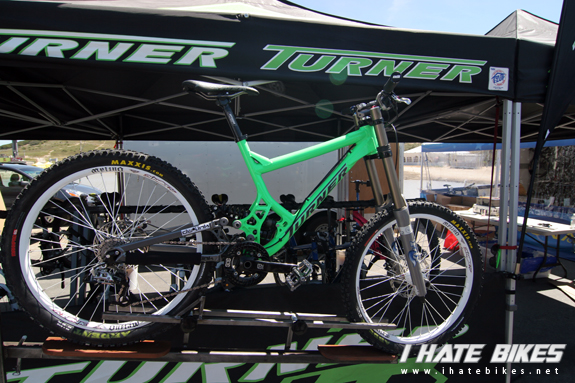 Turner bikes has switched to the DWLink for 2009. Keep your eyes peeled for even more radness from these guys- they are now offering complete bike kits!

Intense also has some new frames out. Check out this bad boy: 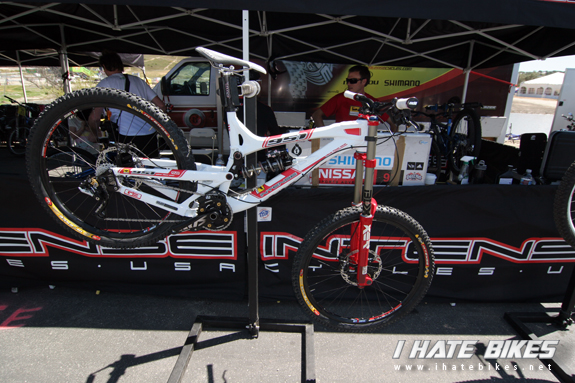 the newest DH model from Intense 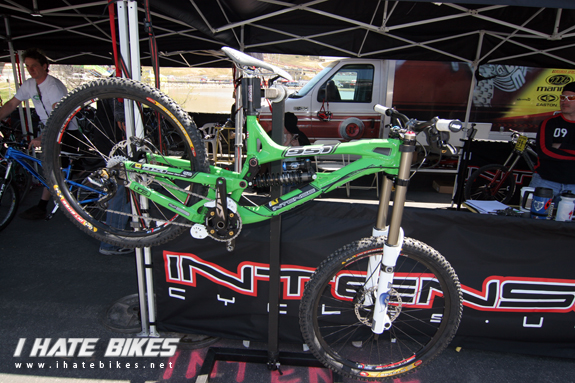 There are a lot of cool slopestyle models becoming available. Check out this model from Corsair: 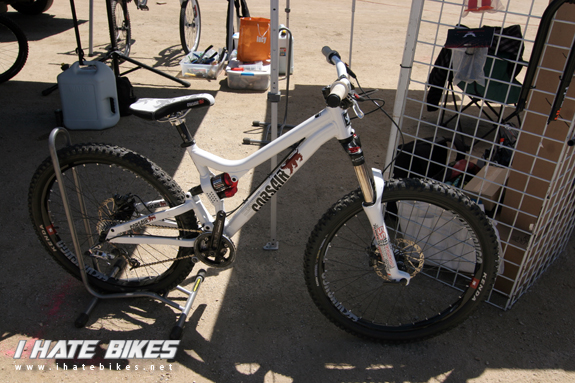 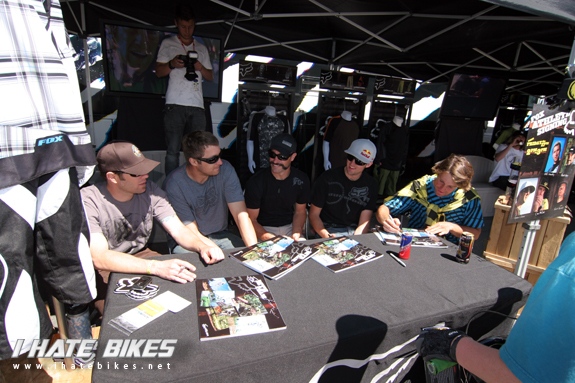 the Fox Racing Team lines up for an autograph session with their fans.

Walking around Sea Otter, even if you don’t really follow racing or the circuit, you will still see familiar faces that you have seen in the magazine ads. Whether its Ryan Leach doing his popular trials demo, or Darcy Turrine playing on her bike in the pump track, Sea Otter is the place to meet your favorite pro rider- they are all here. 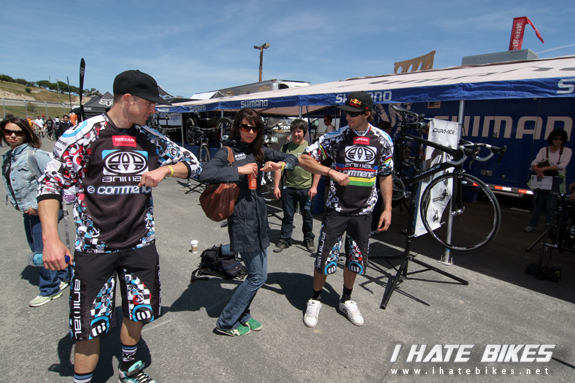 Inga poses with her new pals, the Athertons

Working in the IMBA booth presented us with a completely new Sea Otter Experience. Interacting and sharing the rules of the trail and talking about the mission (Keeping our trails, building new trail, and enhancing the ride) with visitors to the booth kept us busy! 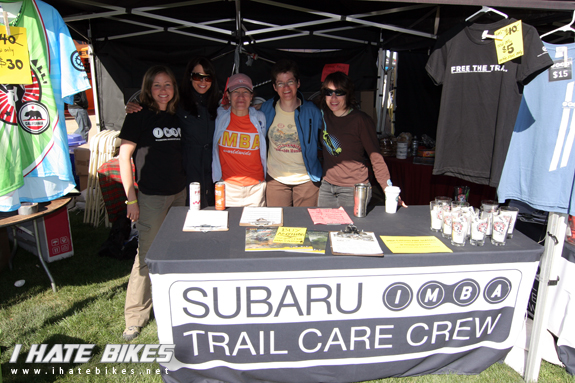 The IMBA Ladies in the house

Somehow I managed to get two DH practice runs in and raced on Sunday as well. The course was fast, and super fun as always.