At this point, we’ve ridden a good number of pump tracks up and down the west coast, (plus a few in Canada and even one in Alaska) and are known to drive out of our way to sample a new one. The new pump track at Chanticleer Park stands out as being one of the most fun public tracks around. And to be honest, it isn’t a huge surprise. It’s based in Santa Cruz, California, an area known for having an extremely high population of knowledgable dirt shapers and movers. (not to mention highly skilled and talented riders) 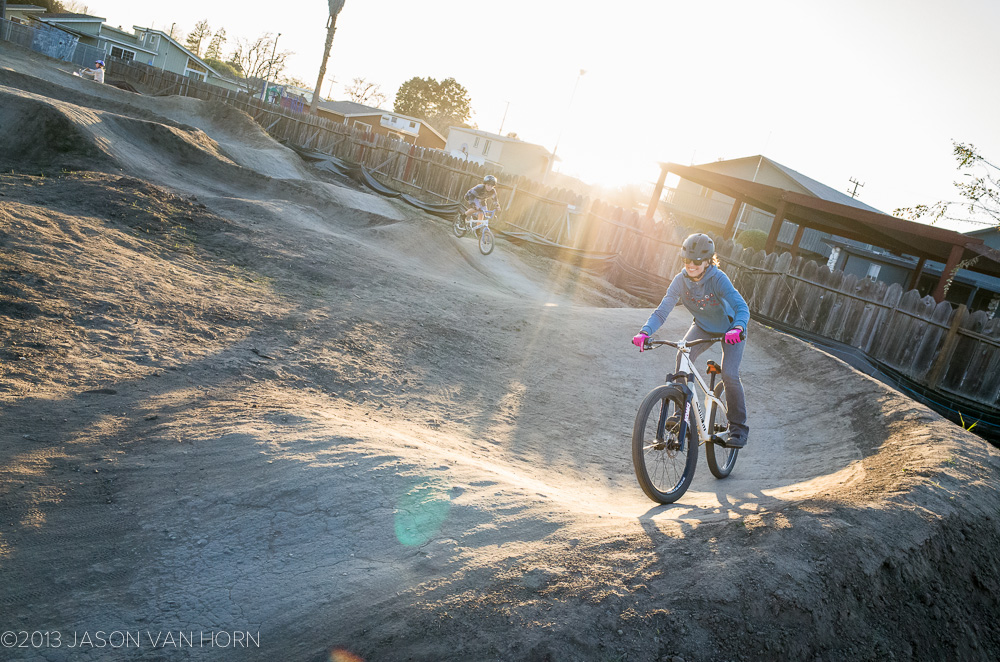 Inga on the outside loop

The outer loop of the pump track is fast with mostly 90º turns, making it fun and easy to build confidence as well as speed. The rollers are spaced well, with variation in the spacing. Some are spaced to generate speed. Some are spaced closer to make them easy to double.

This is a big one in pump track layout. For some reason we’ve also hit a lot of pump tracks and flow trails that were spaced in a way that make them hard to jump. That doesn’t make any sense. Pump tracks are supposed to be easy! It’s the addition of speed and the inevitable lines that open up once basic mastery is achieved that make the experience what it is.

Part of the fun of pump tracks is riding with a group and seeing someone take a line you hadn’t thought of yet. So many public pump tracks miss this, and are laid out as if they’re BMX tracks, with only one line. The only thing that separates them from BMX tracks is you can’t really pedal due to the roller spacing.

A starting hill in the middle partitions the track into two sections, which allows more riders on the track at once. There are tighter, more technical lines as you move to the inside, and tons of transfer lines all over.

The transfer lines are super fun, but during our visit the track was packed. Executing some of the lines was an extremely sketchy event with the kids all over, and the first time I tried one of the longer transfers a small child rolled into the landing just as I came off the lip of the take off. I ended up ejecting as best I could and threw myself over the bars to avoid crushing him on landing. Flying 10-12 feet in the air to an abrupt meeting with the ground head first is rather unpleasant to say the least,  and I’m still feeling it a week later. 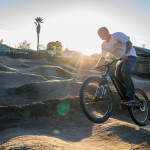 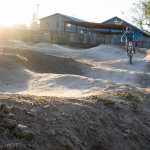 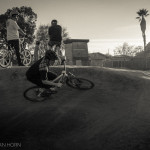 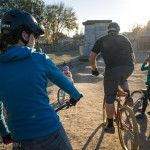 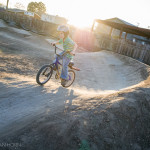 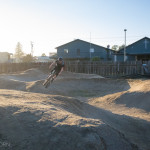 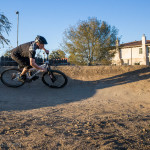 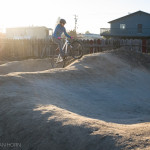 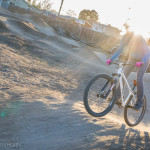 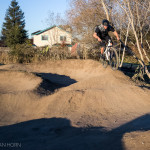 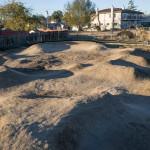 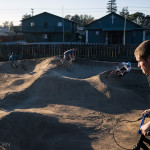