We’re getting closer and closer to that holy grail of mountain bikes every year— the one that descends like a downhill bike, and climbs like an XC bike. A few years ago this class of bike was typically referred to as an all mountain bike or long travel trail bike, but now marketing departments have latched onto the term Enduro, to tie into the new racing format first made popular overseas.

These days there’s so much overlap in the genres we’ve given up on labels. Long travel trail, all mountain, aggressive XC, whatever. Let’s call them what they are: bad ass mountain bikes.

For the last few seasons the big shake up hasn’t been improved fork or shock performance, but focused around our wheels. 29″ wheels became popular, and then mainstream. Although the average rider can barely get them off the ground, the larger size allows a point and shoot monster truck approach to riding. On a lot of trails, they’re faster. Just not as much fun, unless you don’t mind primarily going fast in a straight line, which a lot of folks seem to be ok with.

Ironically few years back there was a trend in the DH scene focusing around huge, high volume tires to get the same effect.  Nokian 3.0″ DH tires were popular because you could blast down the mountain and run over anything and everything. Combined with mini-motorcycle forks like the Marzochhi Shiver and Monster T, it was a challenge just getting the bike off the ground. We all tried and experimented on them for a while, but then we went back to 2.35″ tires again. Not only did the casings get better, but overall they were much more fun. 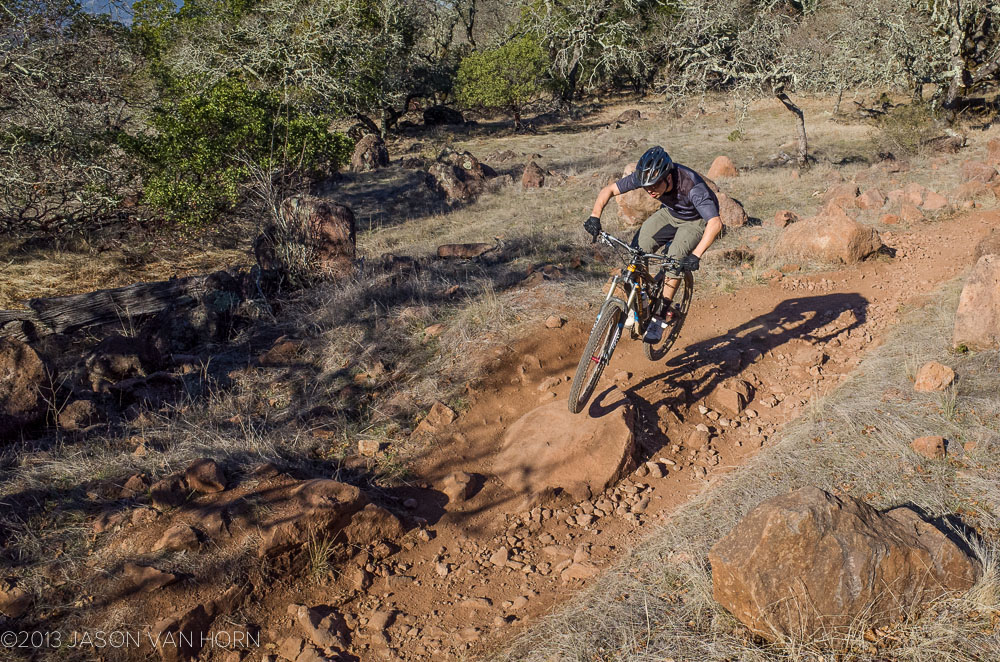 I tend to regard 29″ wheels in the same light. In the industry, this has been the primary argument towards adopting the 27.5″ wheel size. There still is a bit of the monster truck effect, but the bikes can be moved around when you’re riding the trail. Combine the larger wheel size with light weight composite rims, and you get a bike with an insane sticker price, but maximum performance.

That brings us to the Santa Cruz Bronson. With a season of use documented, the Bronson has become known as the local go to trail bike for the all-arounder.

Although jumping on Bronsons owned by my riding buddies resulted in more of a “meh” response than excitement, they feel better and far more responsive than the larger 29ers on the trail. They just aren’t exciting in the parking lot. It was that promise of overall performance that sold me and I’m starting off 2014 joining the herd with my new carbon steed.

Here’s a clip I shot and edited of the assembly and initial test ride: 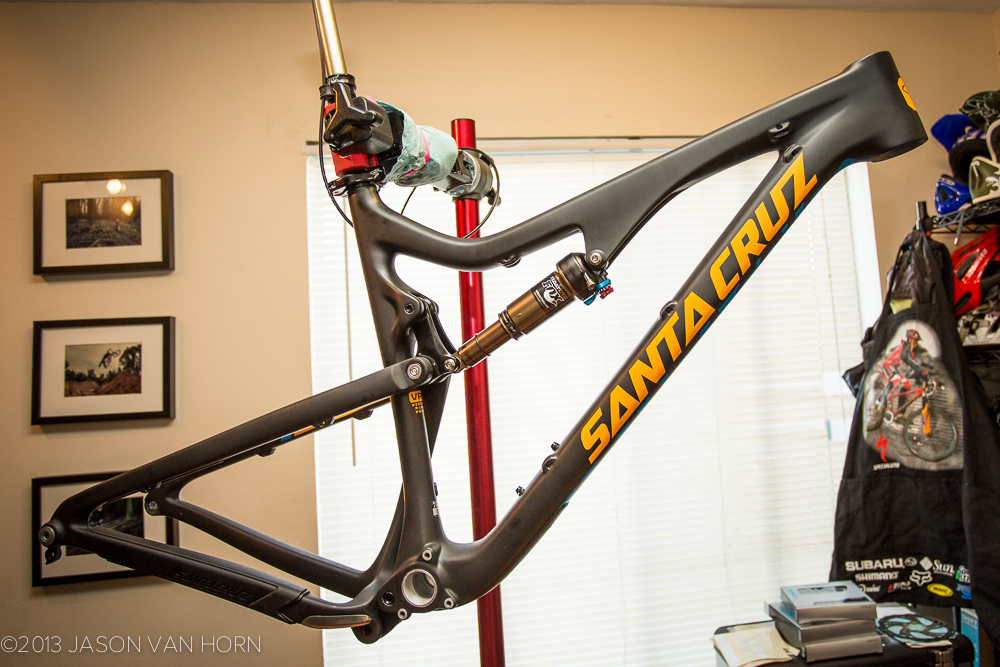 I didn’t go as big as a few of my peers. The current hotness is the Enve wheels spec which come at a premium. Adding these to the spec bump the sticker price to upwards of $10k.

That’s a lot. They do bring a bike closer to being that one bike though. A 6″ travel bike suddenly becomes that much easier to pedal up the hill. It’s why all the Bronsons shipped to the media came with them. It’s the future for trail bikes. Just like carbon bars and frames were thought to be sketchy at first, in five years the price on a set of carbon wheels will come down enough that most of us will bite the bullet and shell it out.

It could certainly change in the next season or two, but for the initial build I stuck with a more conservative, performance oriented spec: Shimano XT is the goods without the killer price tag. Sun Ringle Charger Pro Wheels for attractive, strong reliable hoops that come in at a reasonable weight. A comparable setup without my upgrades puts it in the ball park of $6200 or so MSRP. That’s still a hell of a lot of money for a bicycle. It is worth it? 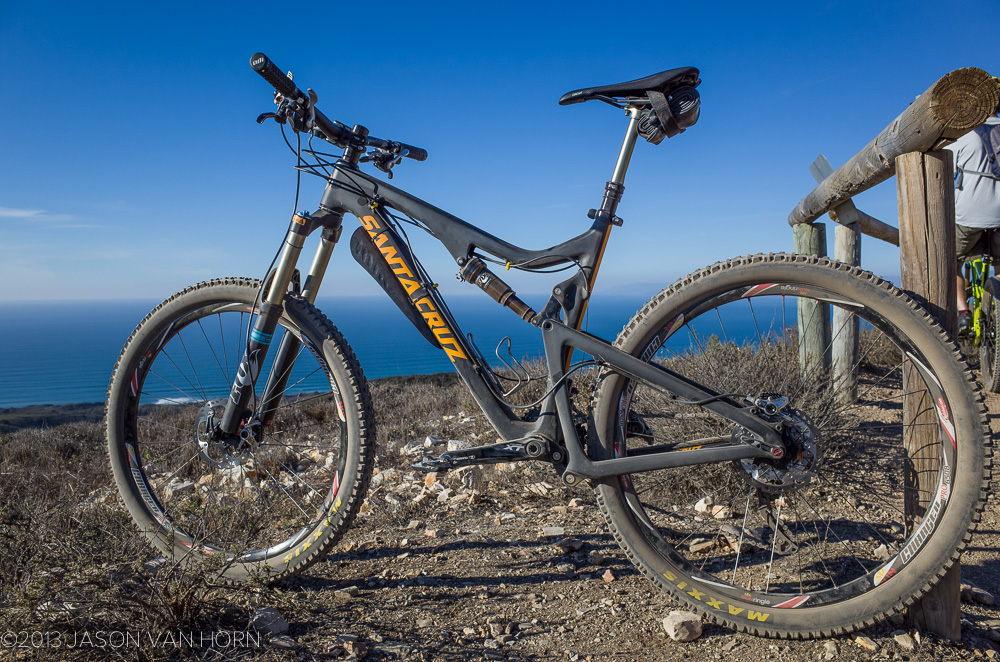 Pausing during a climb in the SLO area to appreciate the ride.

A base model with an alloy frame starts at about $3400. It’s going to weigh more though.

I’ve had about two weeks of riding so far, and it’s been fun. The ride is inline with what I expected, an experience that splits the difference between the Blur TRc and the Nomad, with additional roll over from the bigger wheels and tires.

Unfortunately at the moment the ride of the bike is completely hobbled by the Fox TALAS fork. Although I got the fork at a steal of a price, it needs some serious work to get up to par.

Out of the box it’s the worst feeling Fox fork I’ve ever ridden and it feels like utter crap. I’ve never been this disappointed in a Fox product. Admittedly I’m not a fan of the TALAS system, so I’m planning to swap out the guts to 2014 Float internals. Hopefully the bushings break in by that point as well, other wise I’ll be looking into a Rockshox Pike as a replacement option. 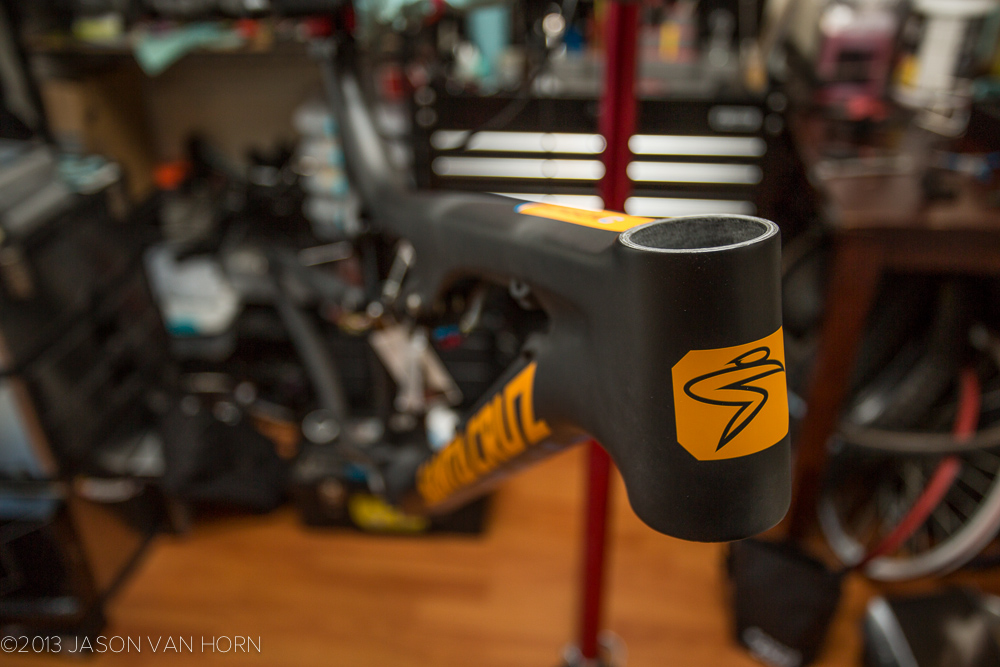