On our way up from southern Oregon we stopped off at the Salem Fairgrounds to see what the status of the covered bike park area was. There aren’t a lot of covered areas to ride in the winter here in the northwest, so knowing these jumps are happening could be relevant to our sanity in the coming winter months, as it will be my first winter in Oregon in over 6 years. (and Inga’s first ever) 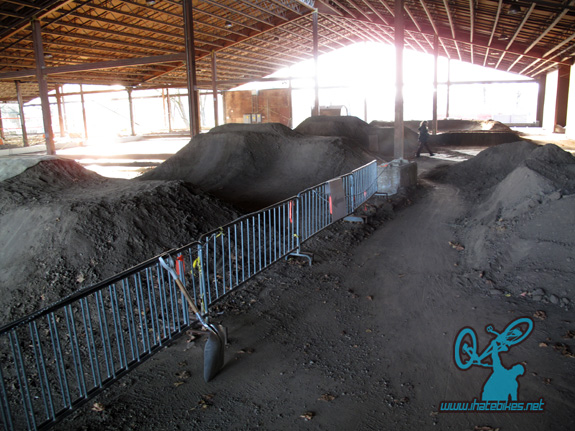 We stopped an sessioned the jumps last year on our way through, and had a pretty good time. The area for the jumps is fairly small; half of it also houses a skatepark area. As bikes aren’t allowed on the ramps, it is considerably smaller than the area that was allocated for bike riding in years back. (at one time the entire area was set up with ramps, with different hours offered for bikes and skateboards) 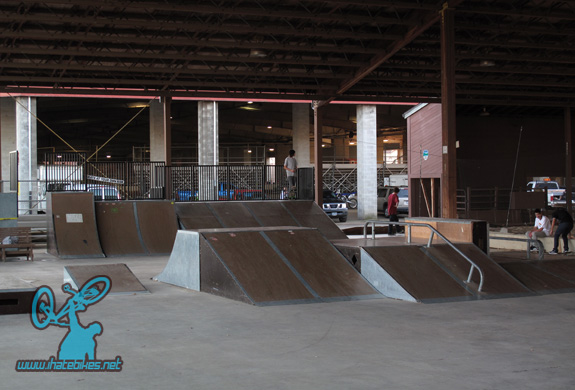 The park wasn’t completely dialed in- though it looked like most of it was ridable. A gate barricading the entrance to the main line barred the way; though many of the kids on BMX bikes simply by passed the gate and started using the landing of the first set as a starting hill. On the upside, the main line looks a bit taller, and more fun this time around. The table top line for intermediates looks decent too. Once we’re situated in our new Portland digs, I’m sure we’ll be regular visitors- I can only do so many wet trail rides in a week. 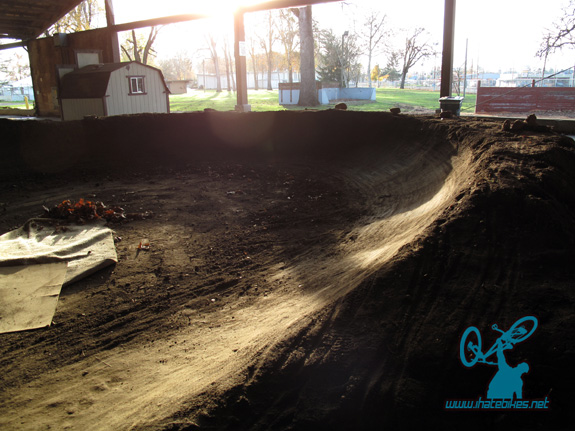 According to a thread on the BRMBA site, the park is slated to be ready in December. According to the state employees, the park is supposed to be open already. Either way, we have yet to see a date, or information posted on line- the state fair website doesn’t have much to offer- so keep an hear out.

We managed to keep ourselves entertained though. Like last year, there is a trick jump set up into a bark chip landing that is great for trying out that new trick you’ve had bouncing around in the back of your head. My brother Izaak and I took advantage of it, and crashed ourselves silly trying some new moves. Of course we had to video tape it.

Now that you’ve sat through the steaming pile/ excuse for what I call a bike video (sorry), lets get to the real question:

Now for the big question- why doesn’t Portland, a city with a much higher population of riders, (that is littered with skateparks) have a covered bicycle skills park? There are plenty of empty and deserted areas underneath freeways. Using Seattle’s Colonnade as a model should be easy enough- it is time to make something happen. We have at least three bicycle specific non-profit groups in the Portland area. What do you guys think?