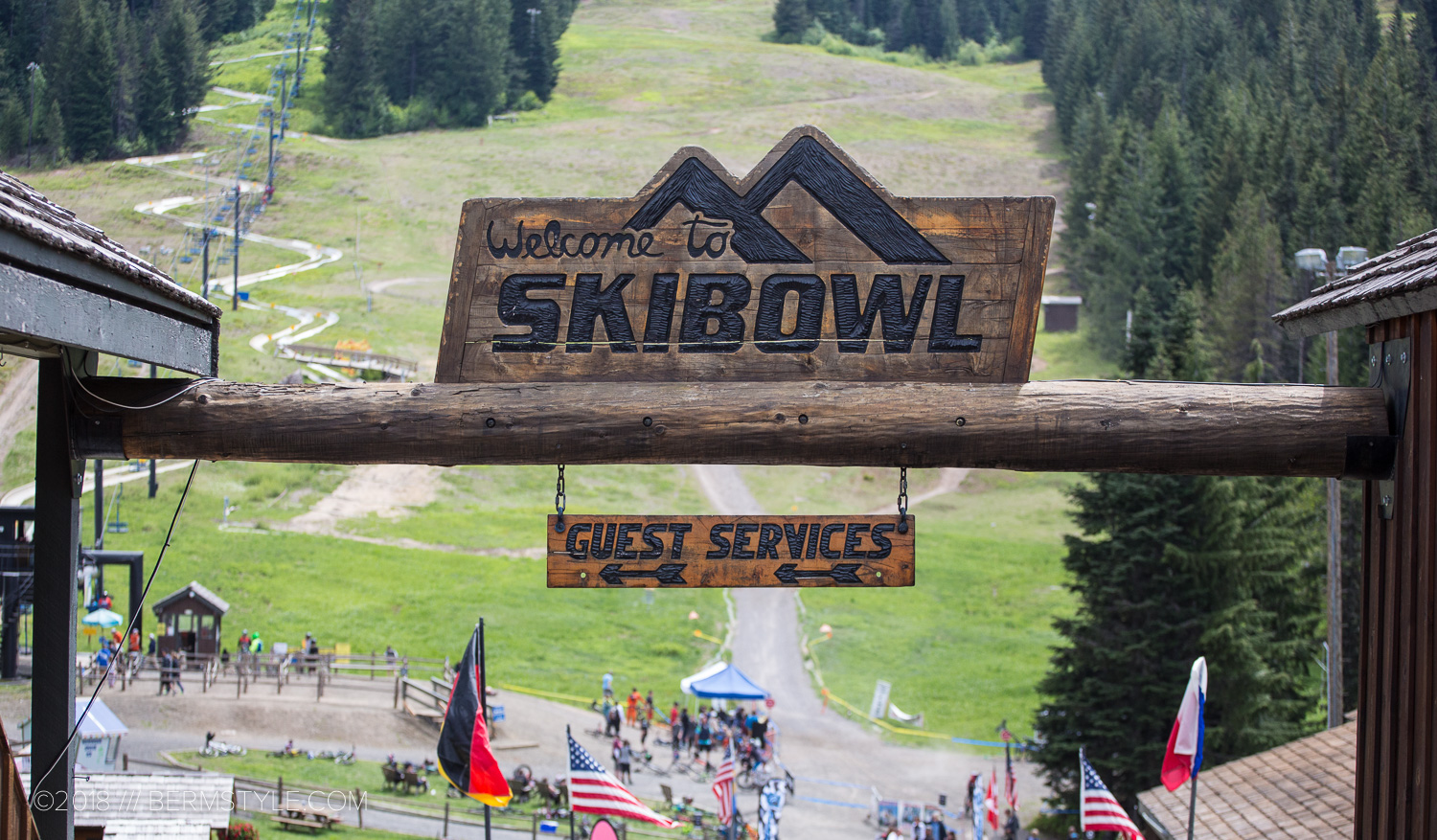 Mount Hood Ski Bowl is the classic NW bike park, having served as the nucleus of the DH scene for decades. Taking a break from helping with a bike demo at Sandy, I stopped in to walk the course as well as check out some of the riding at the third round of the Northwest Cup. 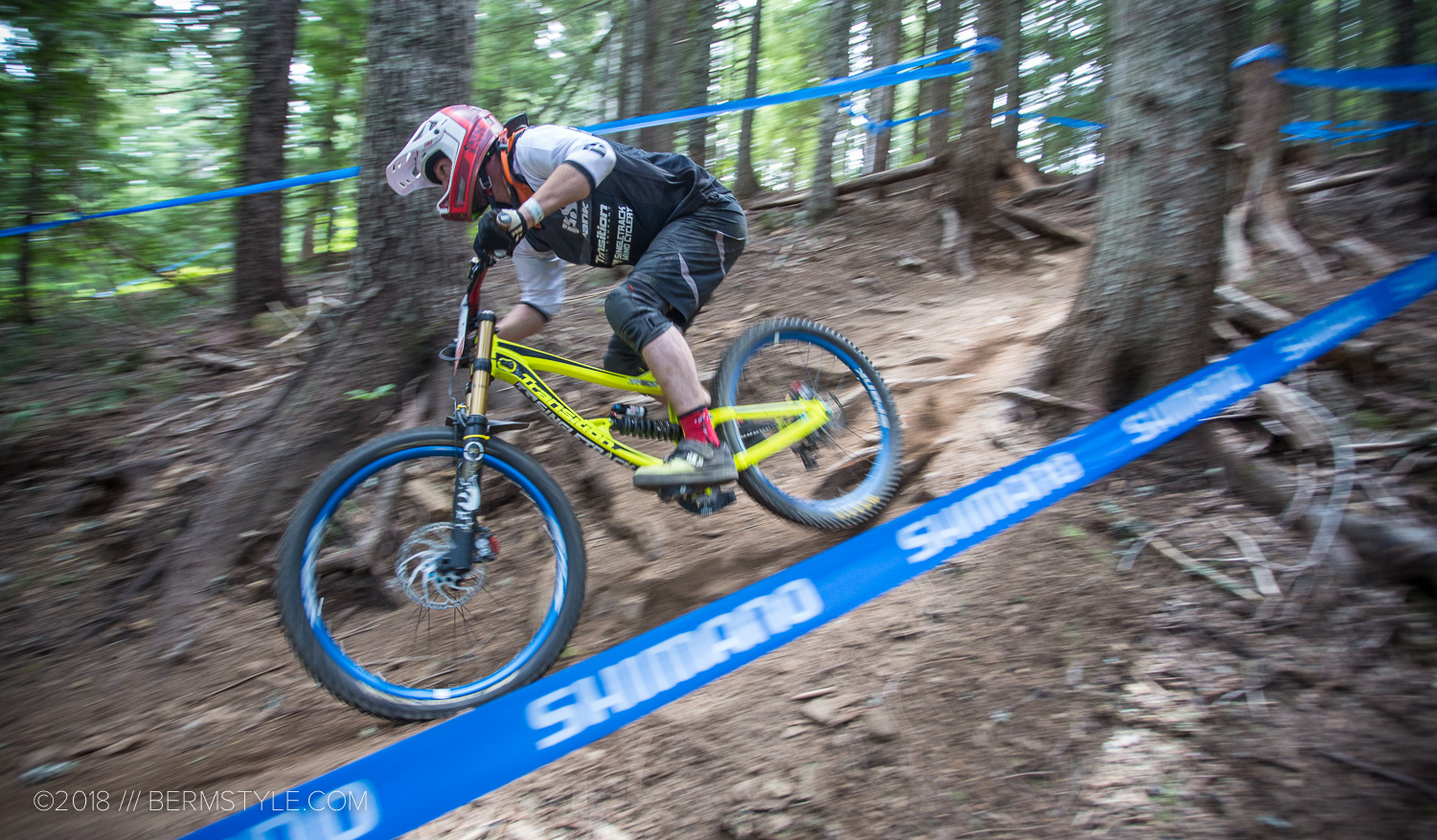 Having ridden there off and on for years, for the last few years it’s been more off than on, so it was great to walk the course and note the new additions to the trails in the bike park as well as modifications to parts of the courses. 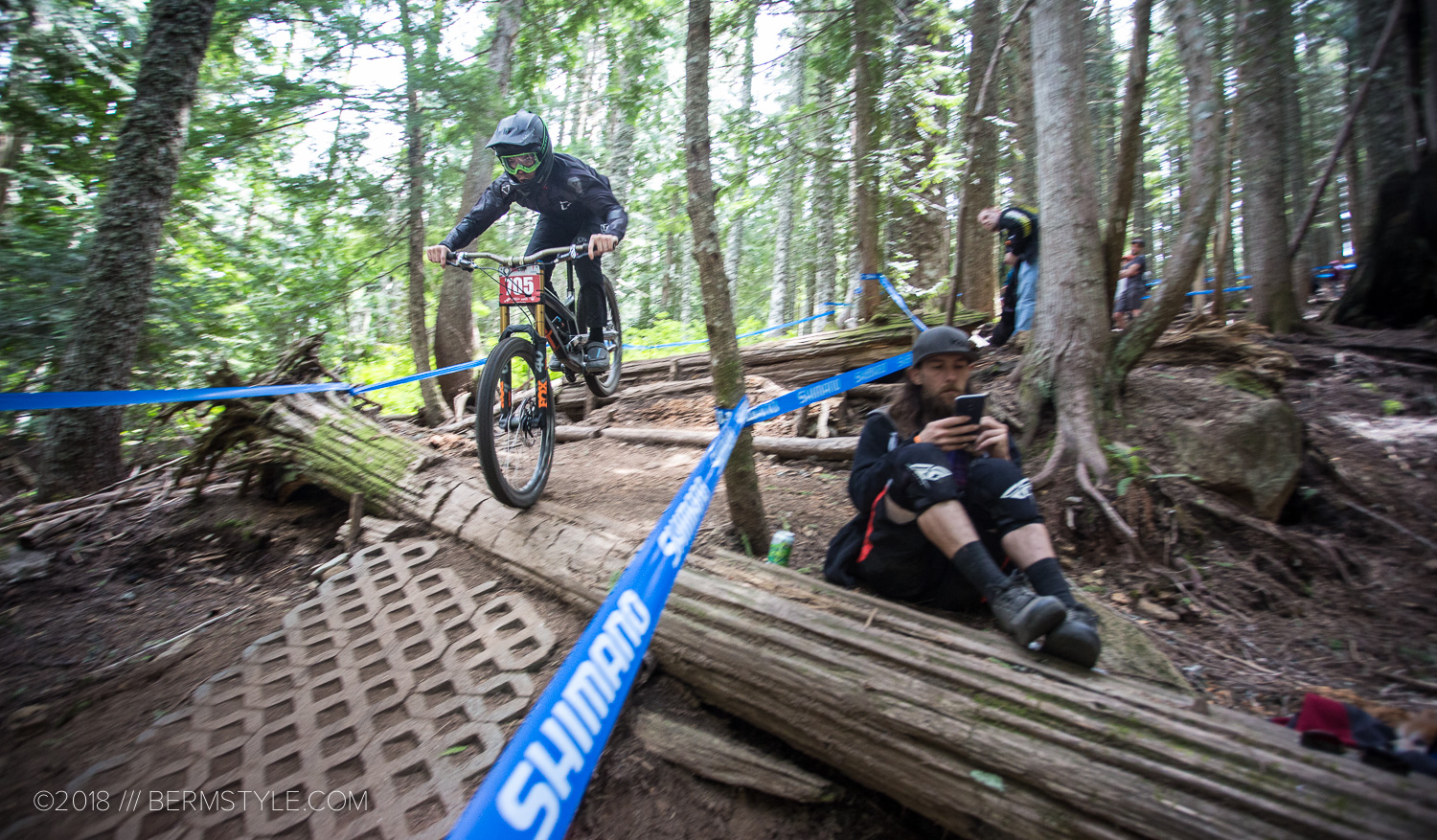 One of the classic features is the double log step down. This section used to separate the boyz from the men and although the landing looks buttery smooth these days thanks to the addition of the pavers, it still looks intimidating from the top, though it’s no longer the endo maker it used to be. 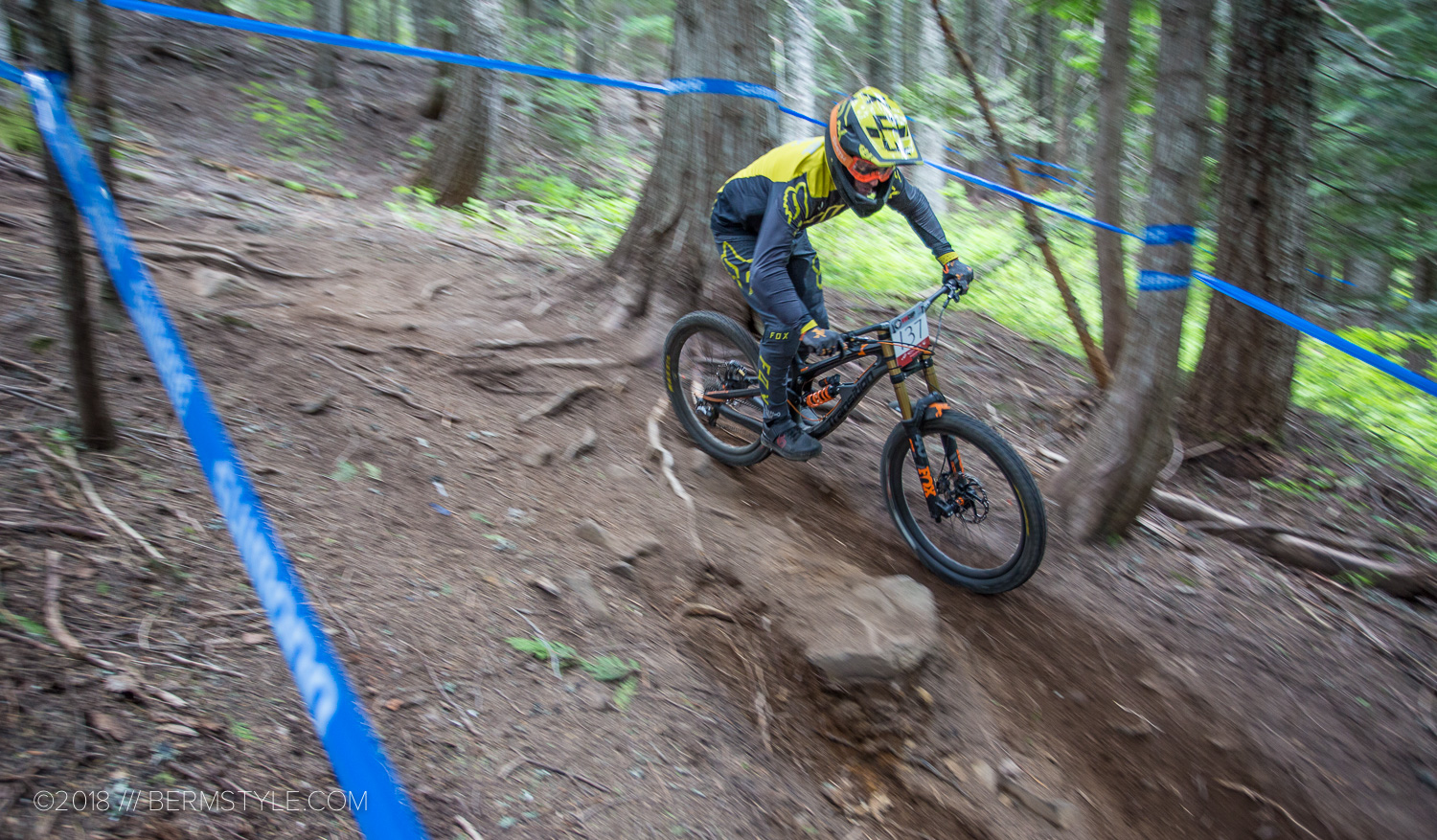 Watching the riders come down the course, I felt the itch to get back out there and line up at the starting gate myself. Considering how good today’s bikes work compared to what I was a racing on when I started (ehem, OG Heckler then my 1st DH, a Mt. Cycle San Andres) it looks like it would be a blast. 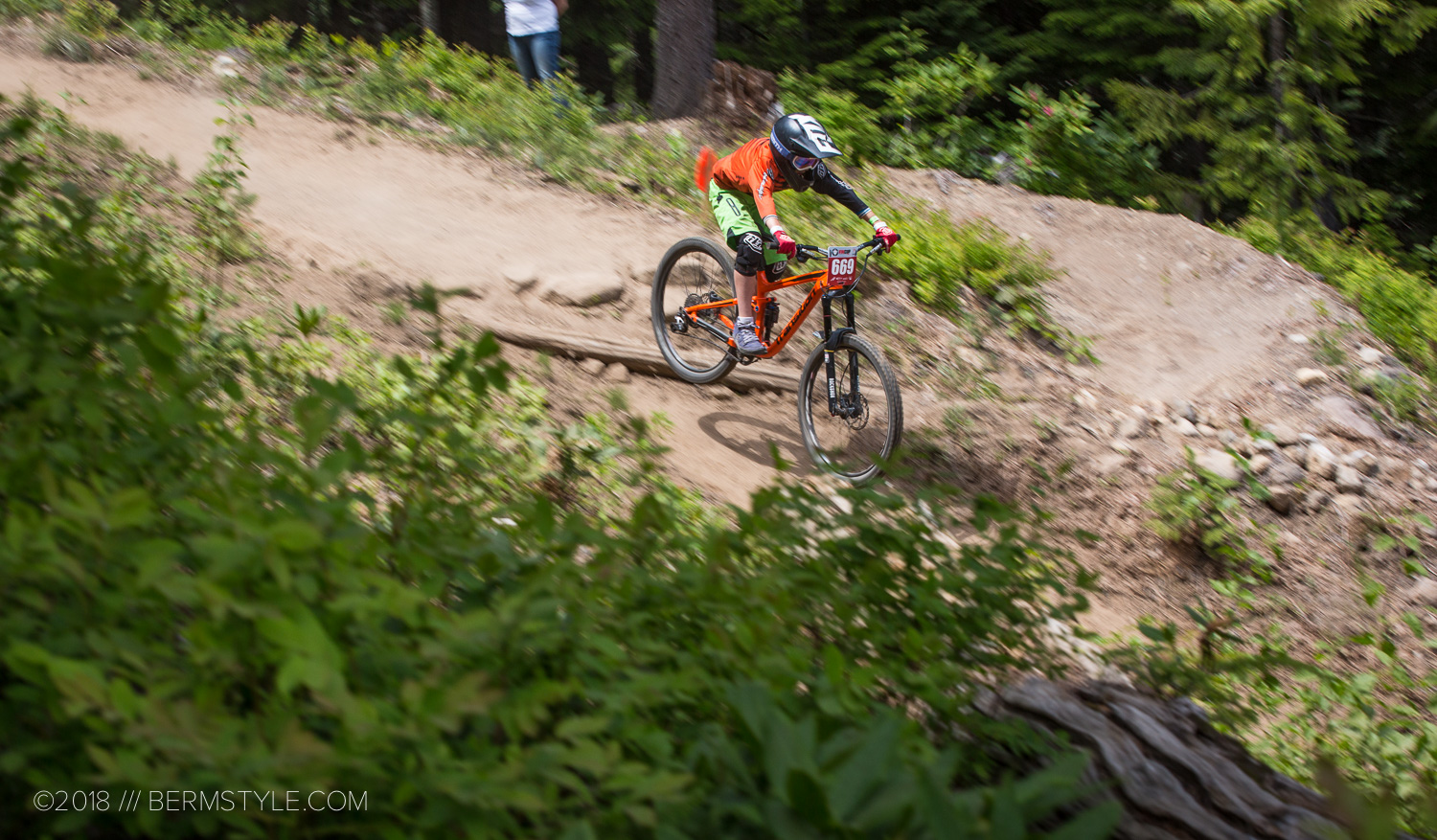 There were plenty of riders competing — and being competitive in their categories — on their enduro bikes, a testimony to how good today’s bikes actually are. 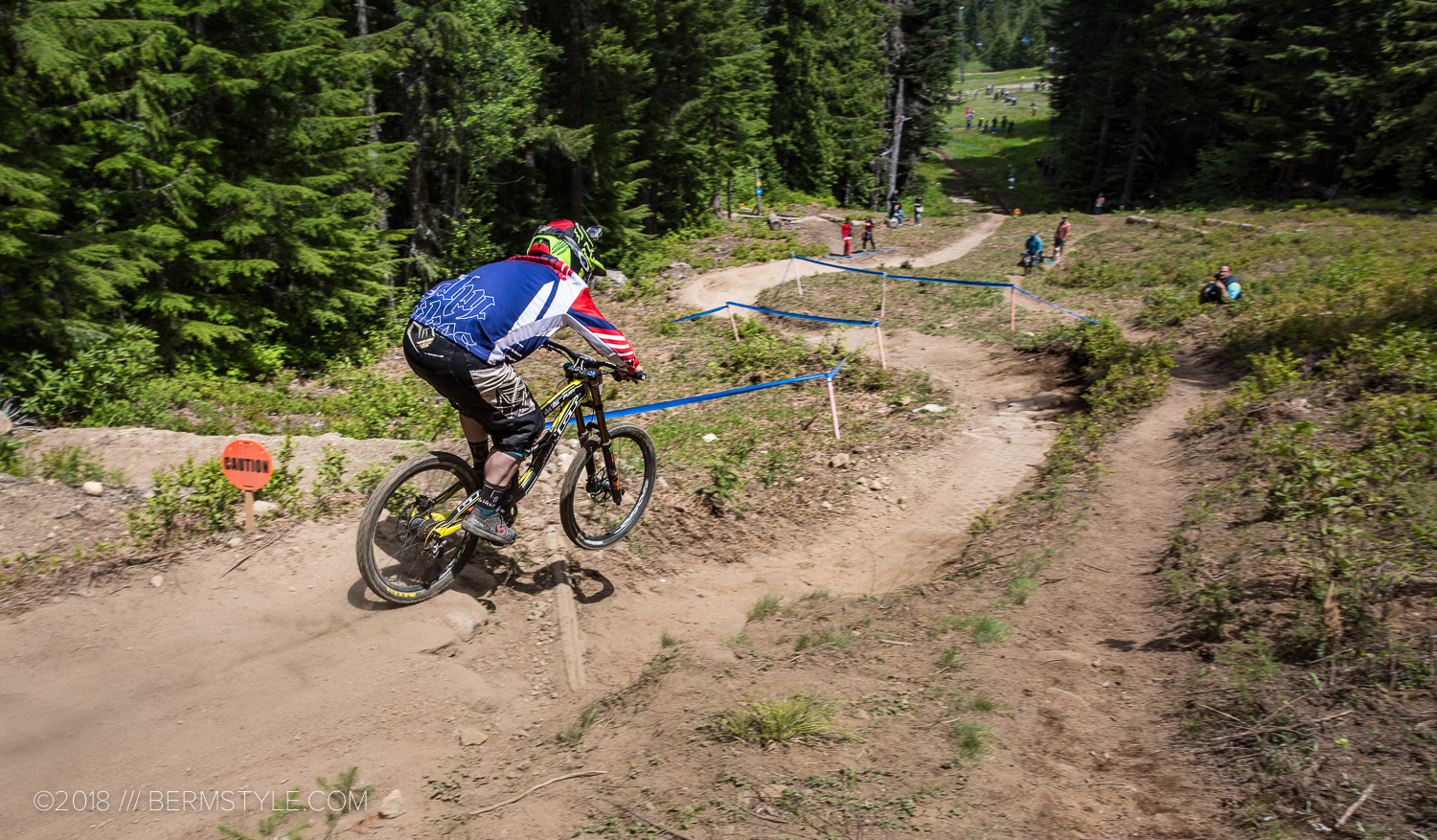 I haven’t made it up to ride the bike park at all since I moved back to the area. I’m going to have to remedy that very quickly, and we’ll make sure to get more shots of the current status of the whole park. I’ve been digging around and there isn’t much info online, so we’ll be sure to remedy that. 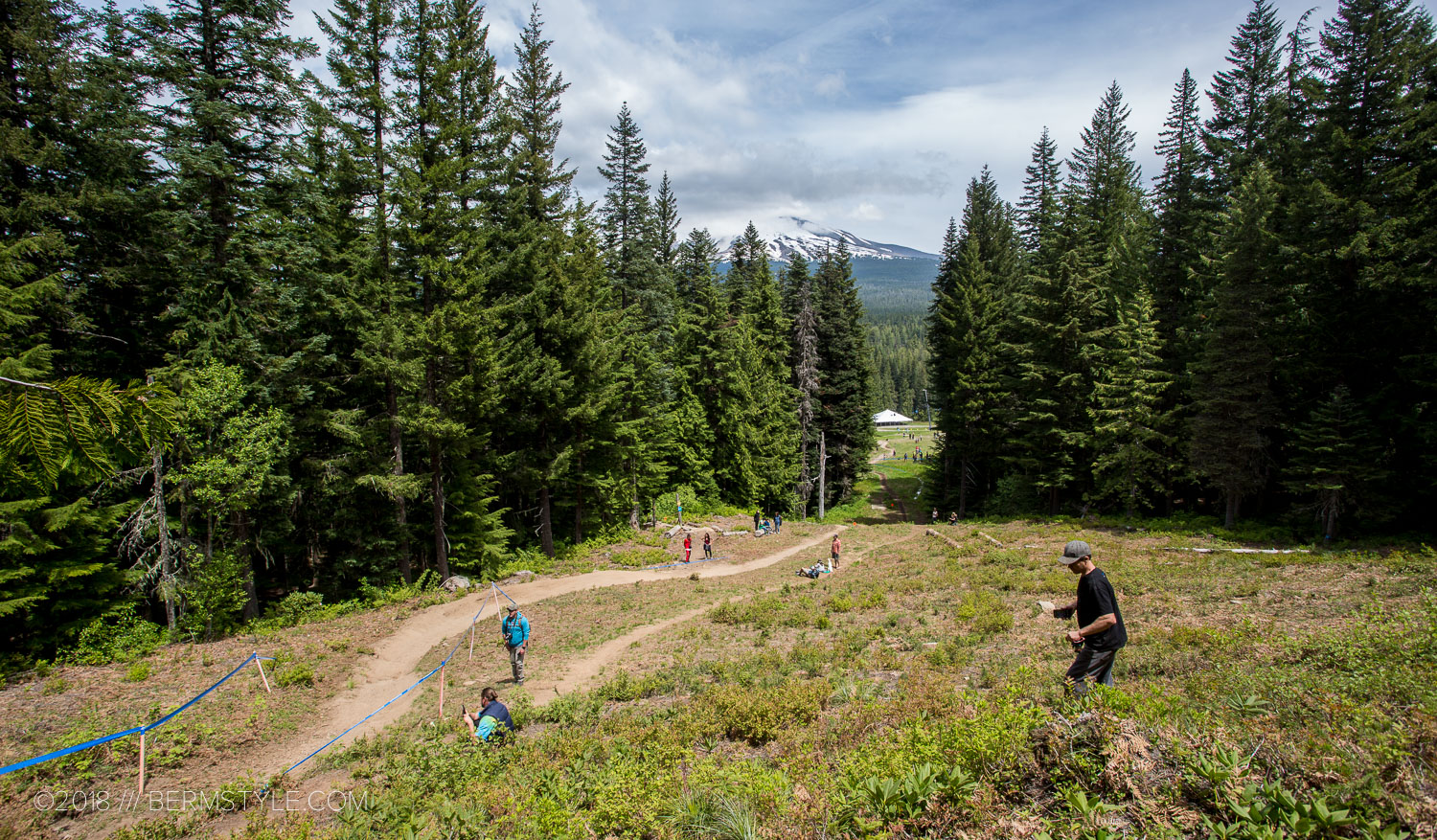 The classic courses look similar to how they always were, but there are all new trails in the wooded section I’m looking forward to checking out. 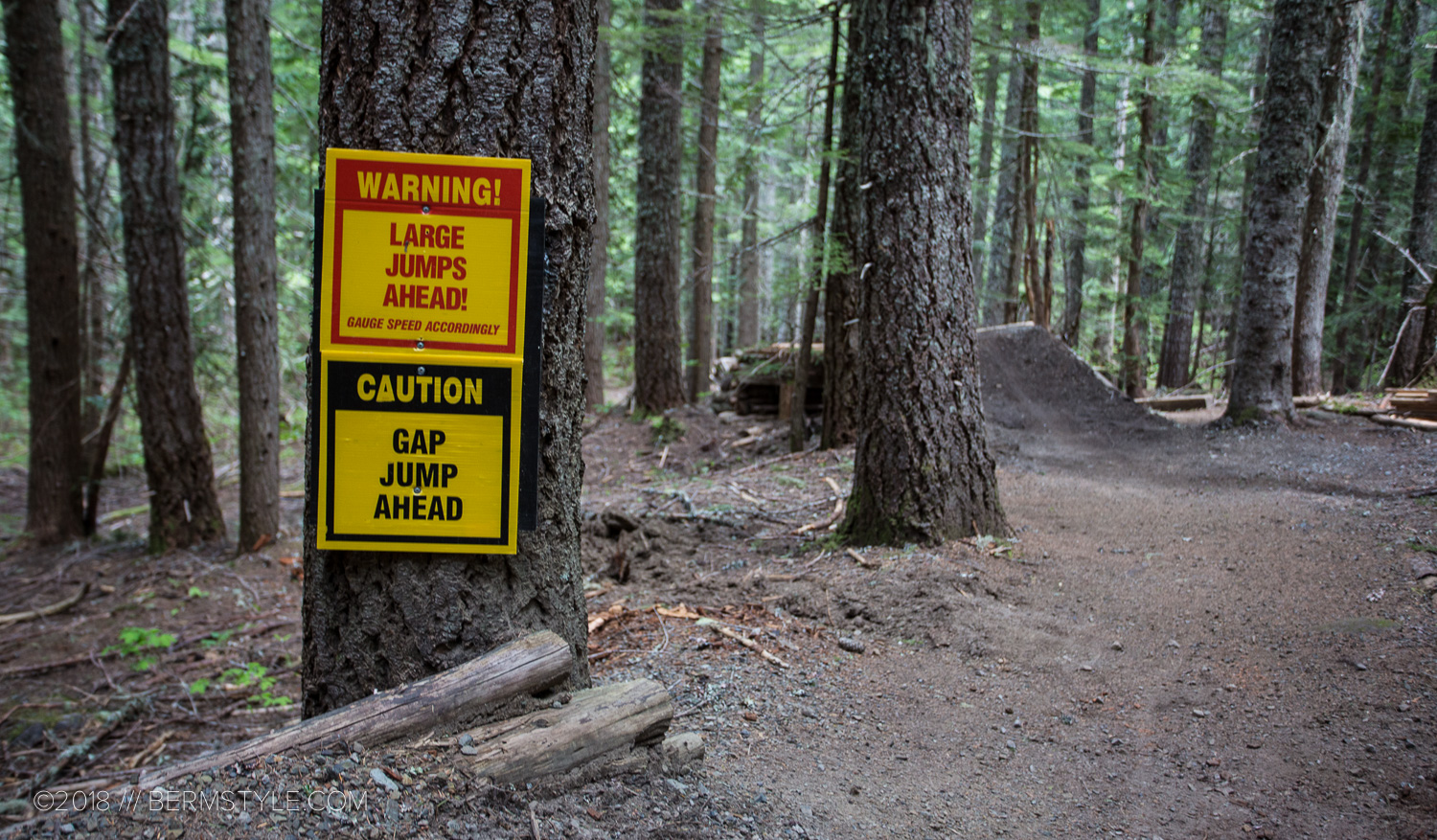 I ran into my buddy Joel Armstrong – AKA one of the most prolific trail builders in our area — dialing in parts of this trail. Although he’s now taking over as head trail builder for Timberline, he was back here at Skibowl working off a season pass. 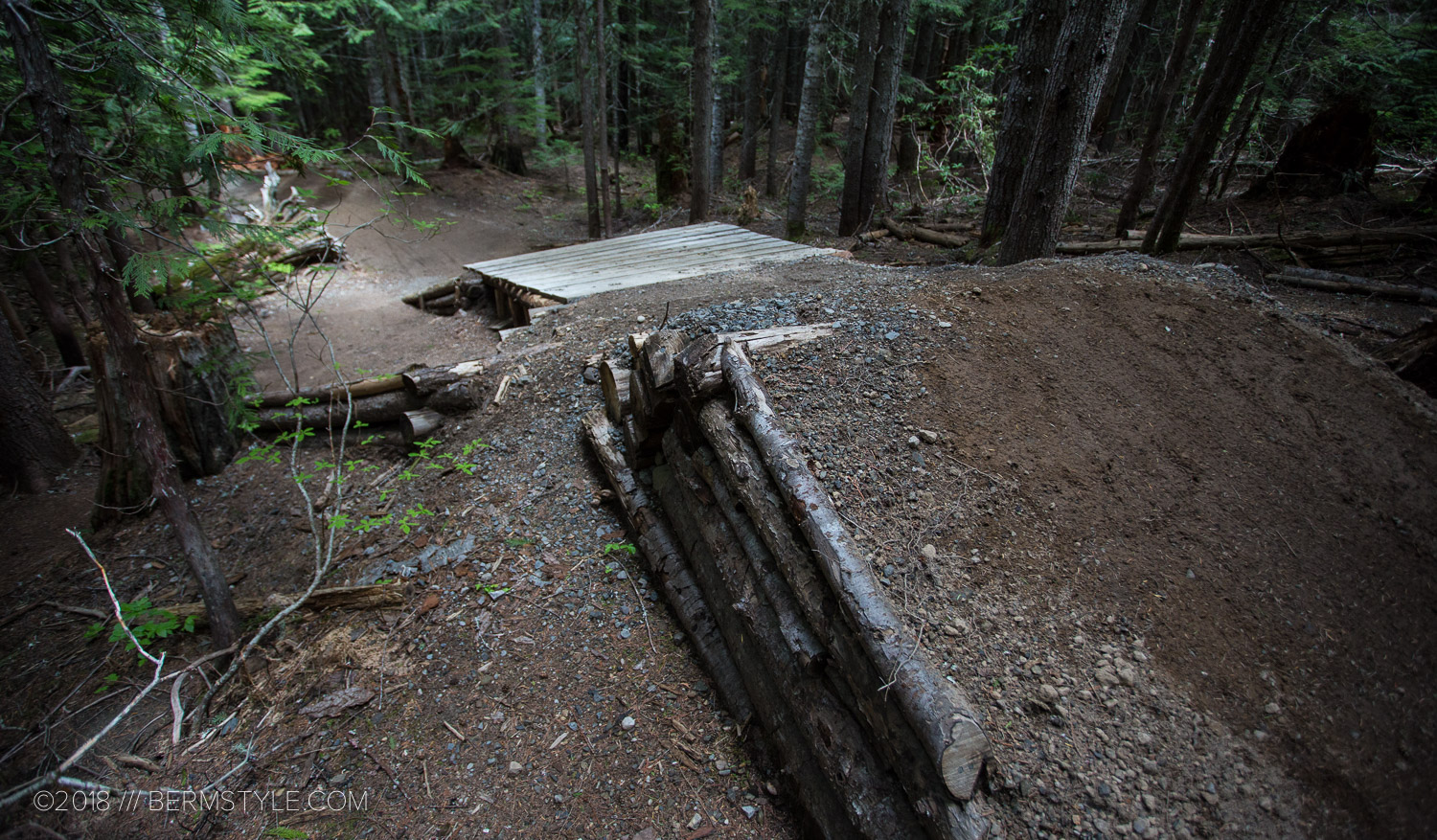 He gave me the low down and we’ll be meeting up soon to session the park for a follow up report. 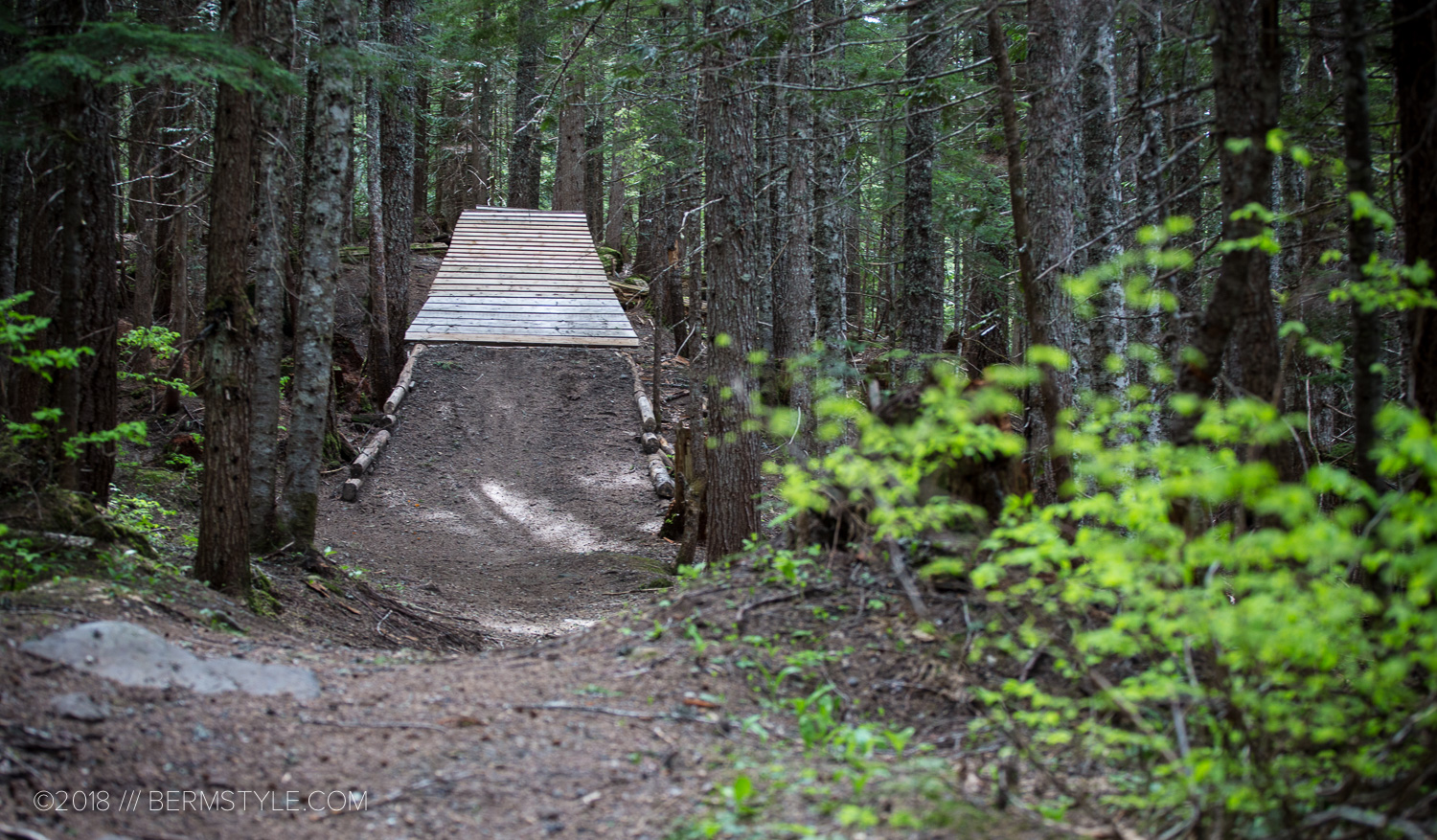 In the meantime, get info on lift tickets and opening hours for the bike park at skibowl.com