Masses of fixed gear riders from all over converged on San Francisco’s waterfront this weekend for Red Bull’s event, the Ride N’ Style. After hitting the trails in the MidPen in the am, we headed over to get our fix of free Redbull and to witness the carnage.

If you haven’t been keeping up with the evolution of fixed gear freestyle, it’s come along ways since the days of pedal wheelies and bar spins. For one, the bike have evolved. They’ve mutated from overbuilt track bikes into a hybrid that resembles a cross between a freestyle BMX bike and a 26″ MTB dirt jumper. Gone are the skinny 700c tires and wheels, replaced with high volume 26″ slicks and FR rims. Cromoly pegs adorn 14mm axles to enable grind tricks. It has been ages since Eric Porter did the first handrail on a mountain bike, and since then it has become rare to see mountain bikers riding urban, but today FGFS is everywhere. The fixed rear hub does away for the need for a brake, (at least for a skilled rider) making it significantly easier to keep a bike working functionally on a shoe string budget, and makes owning and maintaining the bikes simple.

We arrived too late to catch the race portion, but just in time to watch the freestyle event filled with plenty of action. If you haven’t been keeping up, FGFS can be brutal. Unlike watching a BMX comp, where clean runs in competition are often the norm, here riders were regularly going down- hard. Add the lack of knee pads (guess it doesn’t looks as hip under skinny jeans, but I’m surprised I didn’t see more low profile knee pads) and pavement, and it wasn’t surprising to see lots of dudes walking around on the injured list.

Lots of down riders with injuries. Bella Swan made an appearance as well, and clearly the sun didn’t agree with her.

FGFS is almost like the opposite of roller blading, the past time that came and went. Roller blading often is looked down on since the tricks are so easy. However, just because you can ride a bike doesn’t mean you can ride a fixed gear, and even a basic staple move like a bunny hop becomes a technical challenge that must be relearned. Bottom line, FGFS ain’t easy. 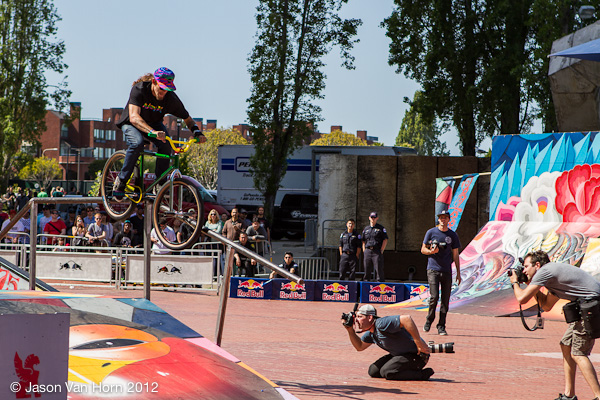 Double peg grind on the handrail

This edit does a great job documenting the action from the track event. Definitely not your standard alley cat race. 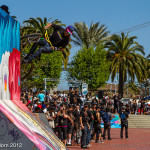 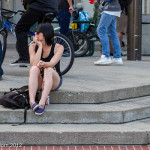 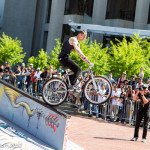 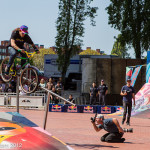 Double peg grind on the handrail 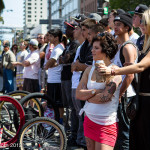 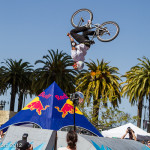 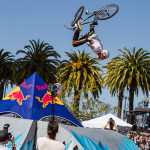 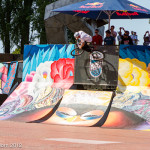 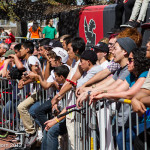 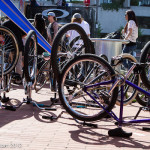 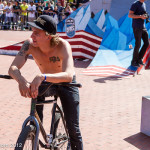 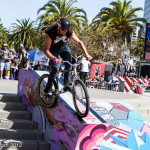 Feeble grind on the fun box 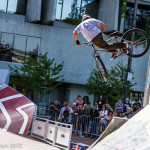 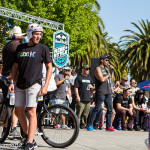 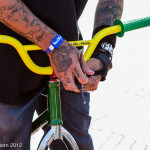 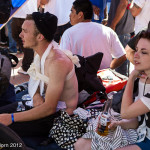 Lots of down riders with injuries. Bella Swan made an appearance as well, and clearly the sun didn’t agree with her. 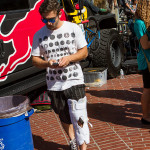 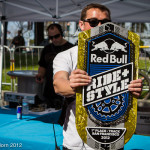 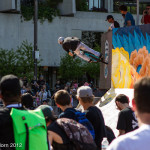 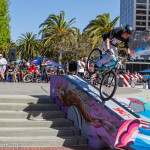 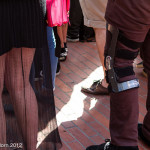 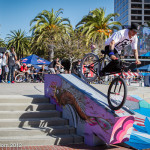 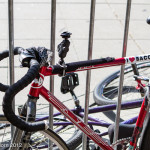 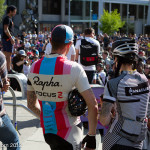 Their outfits seemed a bit out of place. Like the stripes though. 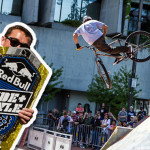 Read up more on the event at RedBull 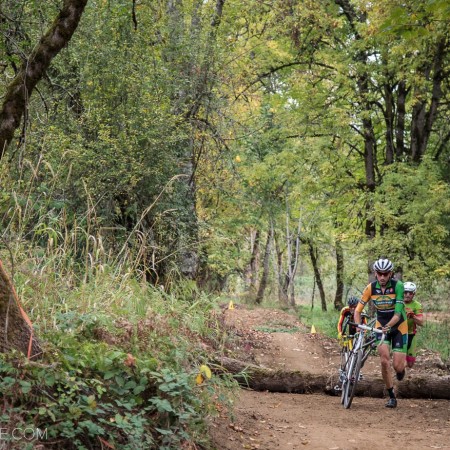