Our current build on the Nemesis Project Fixie… still needs a matching fork!

A few months ago I was pedaling home from the BART station when part of the bottom bracket spindle and crank abruptly separated from from my bike. One second I was just riding along, and the next I was sliding on my feet, straddling the top tube of my bike, attempting to slow my momentum to a stop. The drive side crank clacked on the street laughing at me as I managed to stay upright.

That was the moment I decided it was time to replace the vintage road frameset I ‘ve been riding on with something a bit more contemporary  and robust. 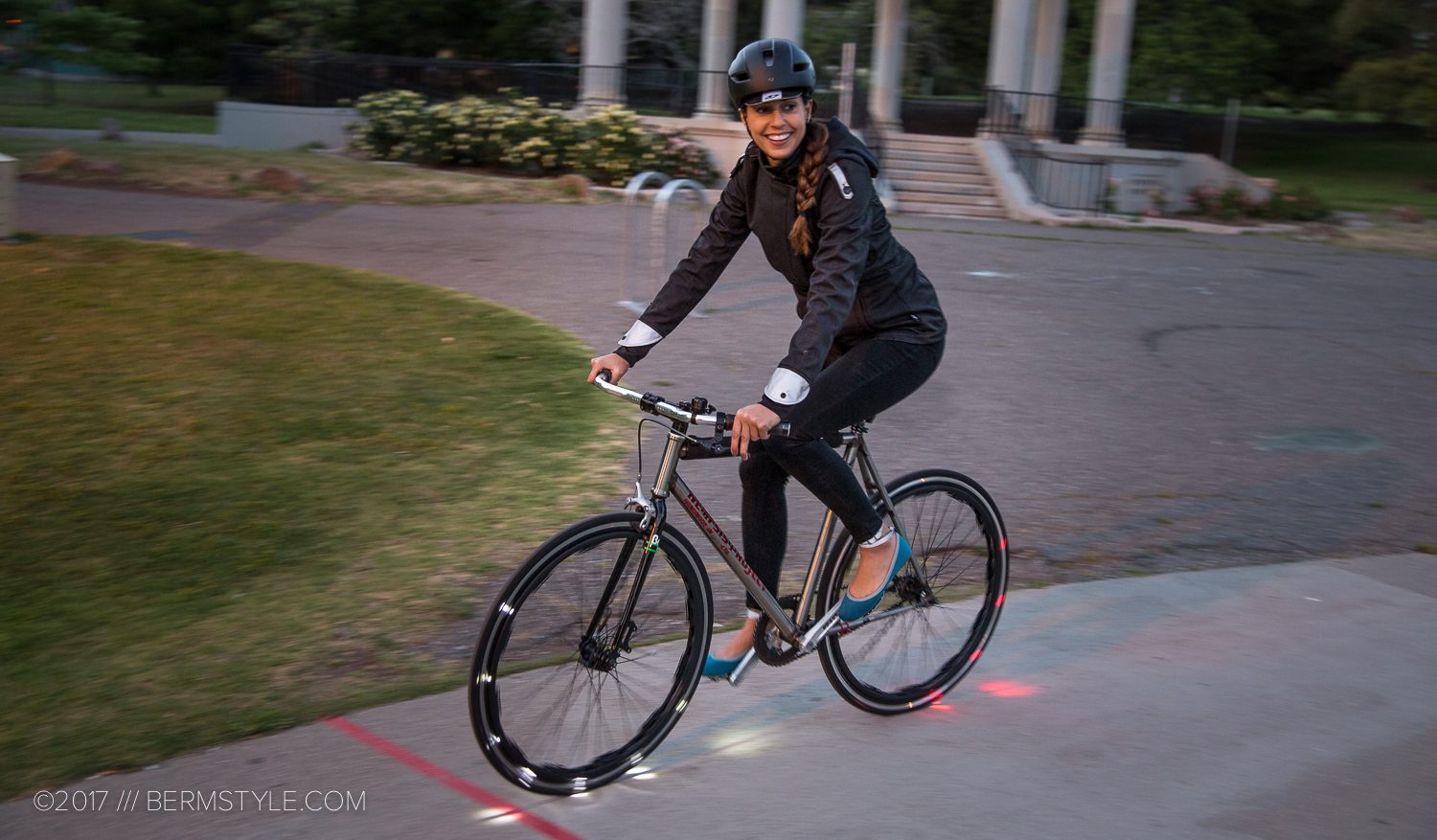 In townie mode with some Civia cruiser style bars.

Having been in the bike world for years, I have a number of friends that pay their bills by welding steel tubing together to create machines that bring joy and exhilaration to their owners. I’m also a sucker for cool, one-off stuff made here, by craftsmen I know. I turned to Brad Hodges of Sacramento to discuss what I had in mind. Over text and Facebook messaging we went over the kind of frame I was looking for.

Fixed gear freestyler? No, over it. I wanted a killer commuter for ripping around town. Fixed yes. It’s been a while since I have been on a fixie, and truth be told, there is something about them that really appeals to me. There’s a flow to be found in a bike that doesn’t want to stop quickly. It also makes a boring pedal around the block much more interesting. 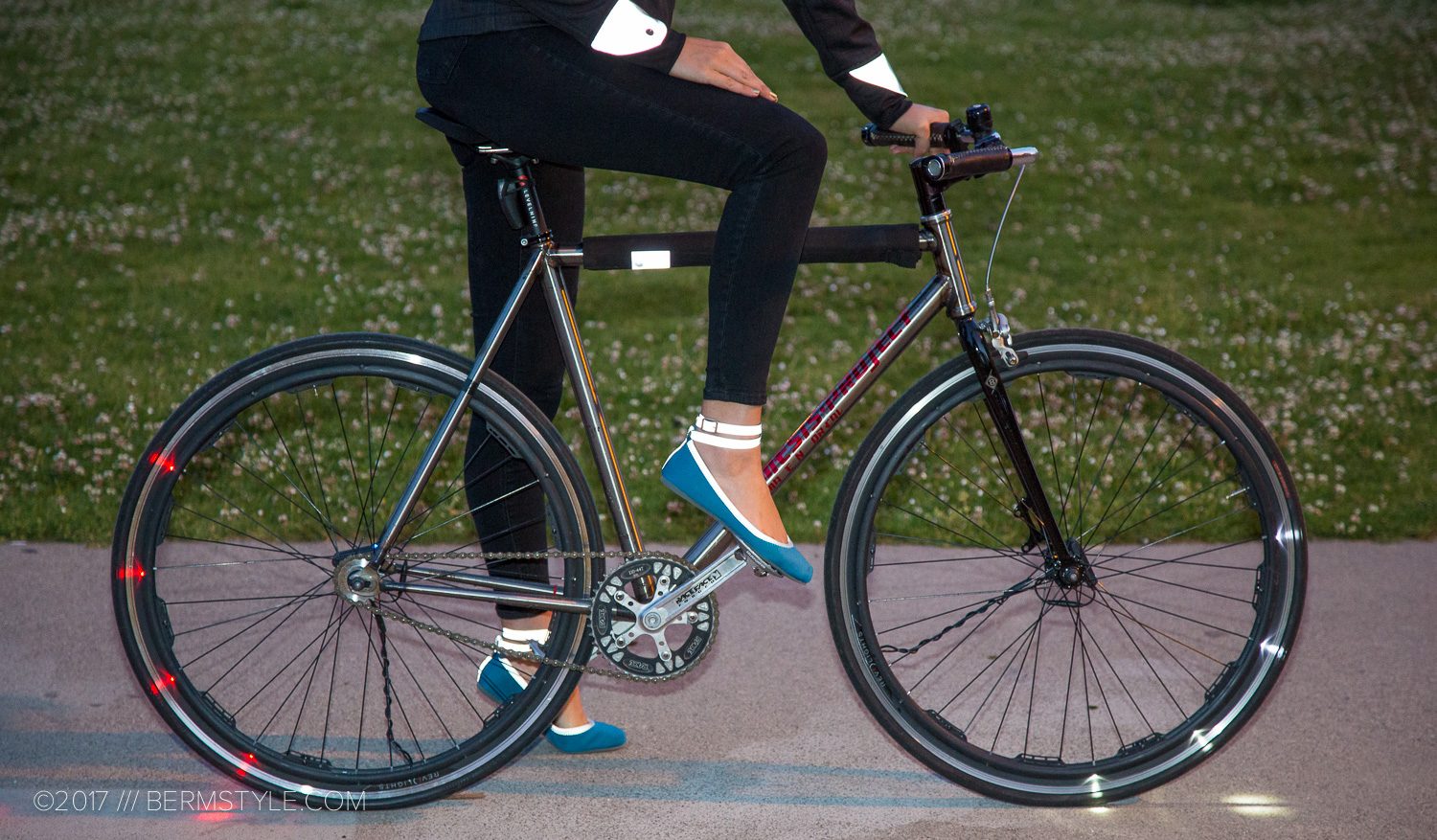 When my wheels were stolen, the gang at Revolights set us up with a pair of their wheels, featuring integrated LED lights.

Brake mounts? Yes, please. Versatility is key for me. At some point down the road my knees might decide this fixed thing was pretty stupid after all. If I’m going to spend some dough on a hand built frame, it should be useful down the road, when I’m like, you know, old or something. 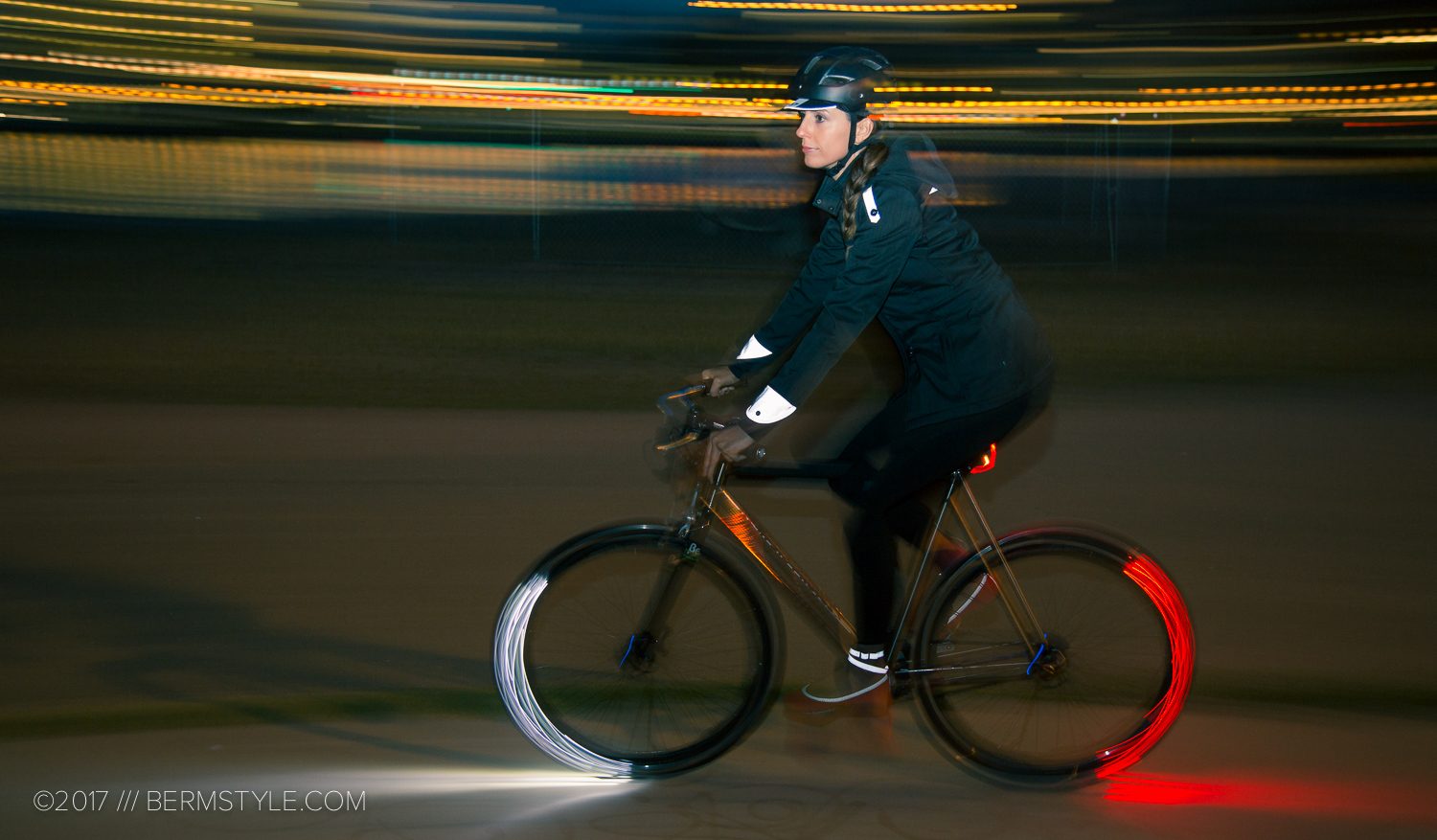 Zipping around the streets of Oakland on the Nemesis with the Revolights in full effect.

Here’s what Brad came up with for me. 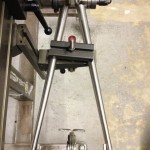 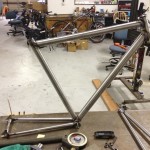 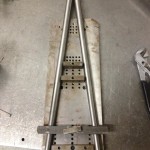 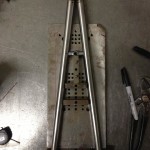 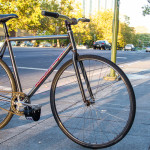 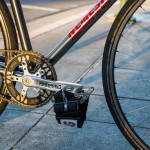 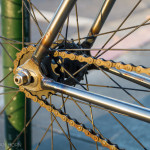 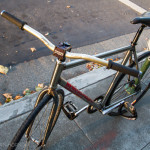 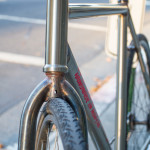 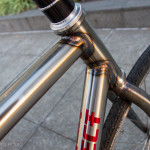 I need to invest in a drumel or sharp file as my favorite city tire of choice is pushing the limits of what I should be safely running, but she’s fun to ride. I’ll probably just get a completely different fork as the fork I’m running has the wrong rake, with a ton of toe overlap that makes cornering pretty scary.

I also may swap my cockpit out for something a bit longer since I’ve been riding bigger and bigger bikes these days and am used to being a bit more stretched out. I’ll also be adding a brake at some point as well, for a number of various reasons, but it has been fun riding her in a more pure track style.