The interesting thing about pump tracks is how different the experience of riding them can be based on the creativity of the designer/ builders. We’ve seen some amazing and innovative lines created, as well as “tracks” that completely lack creativity with dozens of rollers in a row. While we’ve been lucky enough to be invited out to ride some amazing private tracks, many “official” tracks are completely lame, and get boring after a few runs.

Our favorite lines feature a solid mix of turns, rollers, jumpable sections and feature hidden lines that reveal themselves over time —or after watching someone bust it out.

We had the opportunity to ride a fun new track yesterday. Located at the end of a seemingly random road in Montara, CA, (just north of Half Moon Bay) the track was hidden away behind a parking lot and set into a hill.  Music was pumping and the BBQ was steaming as we arrived unannounced to crash the party. After visiting the familiar faces, we turned our appreciative eyes to the stacks of sculpted soil. 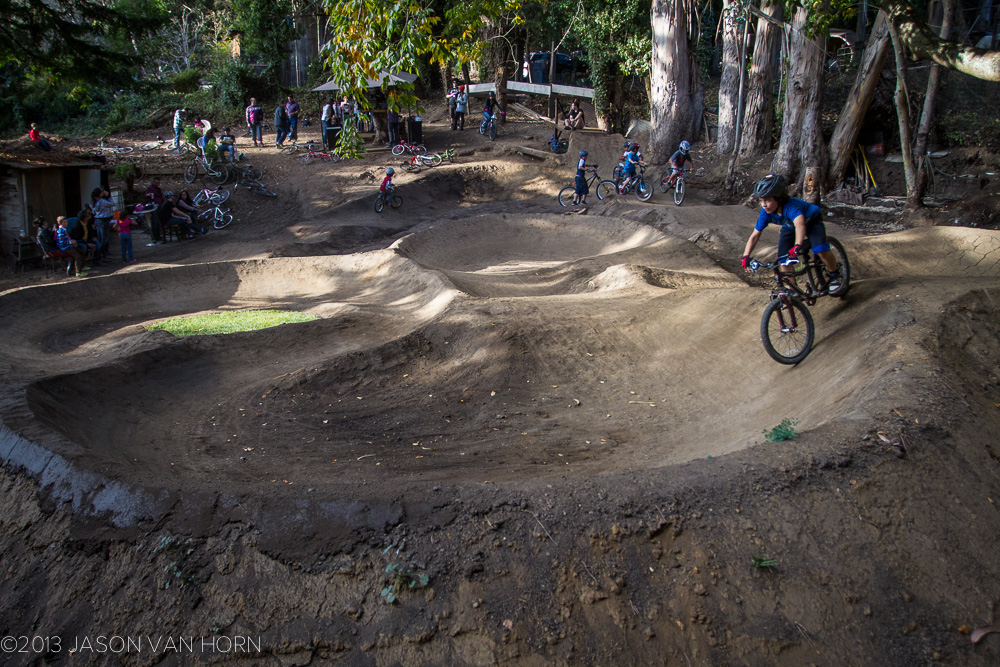 Titled the Brazil Track, the line was reminiscent of a slalom track, with s-turns galore.  Berms leading into berms, the track was an exercise in dropping your shoulder and dialing in the corners. Carrying speed through the over 180º turns was a challenge, and a fun one to take on.

The finish work on this track was impressive, and the grass filled sections gave it a polished look many city pump tracks can only aspire to. * <note: edited with more info> The track was built primarily by Adriano Ignacio, who spent the better part of the summer digging, removing stumps and roots and moving dirt around by hand. Having built my first pump track in a similar manner — mostly solo — it’s easy to appreciate the work that goes into a project like this. 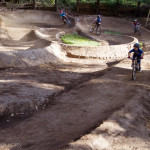 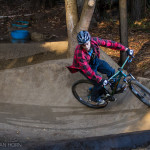 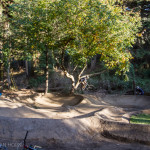 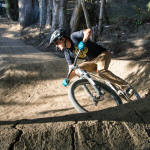 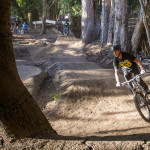 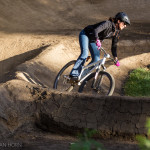 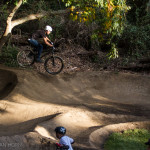 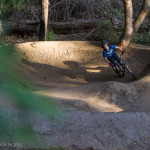 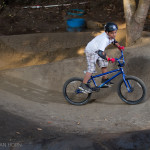 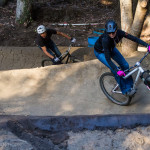 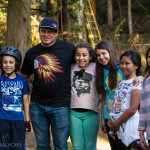 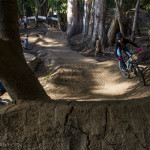