On a recent trip to the San Francisco Bay area, we had a chance to play at our old stomping grounds in Pacifica. A small surf town located south of San Francisco, Pacifica is especially known in the bike community for its network of trails that overlook the Pacific Ocean. As the Bay Area is seriously lacking for legal places to ride with enough technical challenge to ride a DH or FR bike, it is extremely popular with the locals. There is a downside. As there is no way to shuttle your bike to the top of the mountain, you’re on your own. This means raising your seat up as high as it will go, and pedaling to the top, old school. The upside is that much of the route to the top of Montara Mountain is partially paved, making life much easier for those toting full blown DH rigs. You have to go up to go down though, and in the end, it just makes the descent that much better. Or so they say. If the trail was shuttle friendly there would be a lot more traffic on it- in a way, the push up acts as a filter for the lazy. 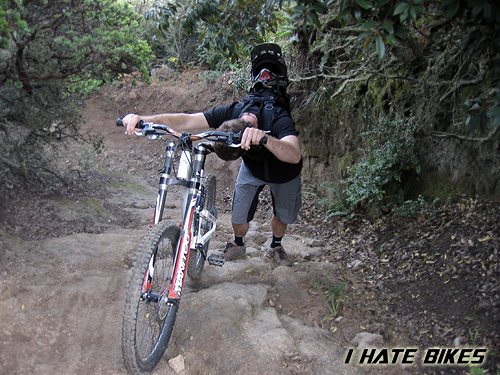 Eric Dimmick pushes his bike up the trail known as the Crack. Photo: Jason Van Horn

The route most popular with the gravity crowd is made up of three separate sections known as the Crack, Mile, and Boyscout. The Crack is a lot like the name entails- a double black diamond run down a steep slope over rock, with little side to side clearance at some points.  There is a climbable fire road route up that circles around the backside, (great if you possess a small chainring) but most choose to push directly up the trail only to turn around and fly back down it. Like many descents, it feels like a long push up for the short trip down. 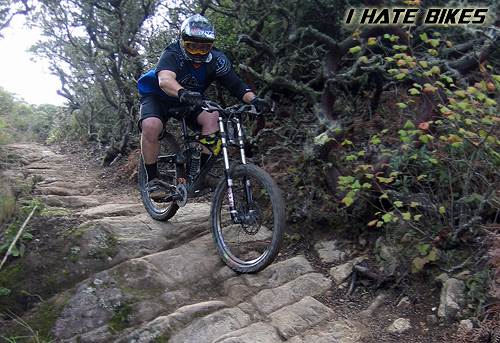 The thrill ride ends briefly at a four way intersection where it meets up with the Mile. Beginning with a brief climb, it mellows out for a while- a fast, meandering ridge line section with an incredible view of the Pacific. After another short climb, a trail juts off to the right that leads back down the mountain. The fast rocky section at the top leads into a rock garden where line choice is critical. 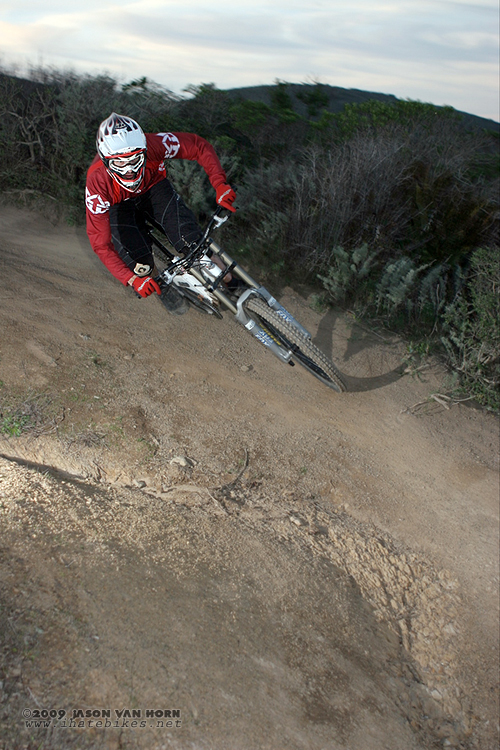 After the rock waterfall, the trail gets fast and twisty again, criss-crossing back and forth over a rut that has formed in the trail. Many a rider has gotten just a bit off line here at speed to find themselves head over heels in the moderately forgiving bushes. 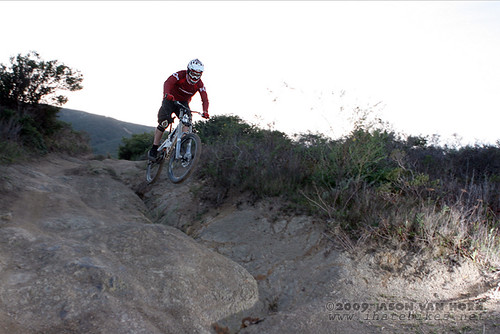 The bottom of the trail shoots you back on to the fire road briefly before heading up the hill into the wooded section of trail the locals fondly refer to as Boyscout.

Most of the built up freeride elements of the trail are located here, with various dirt jump sections and fast in-sloped turns. It’s a small piece of freeride heaven for the masses in the SF area. 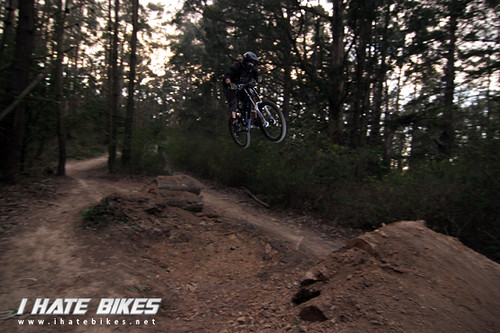 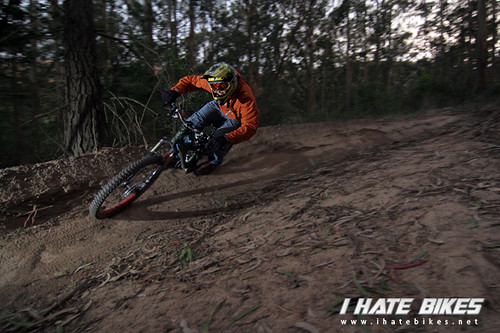 From here to the end, it’s a fast swoopy run packed with features. There are a few ways down, and the locals are always up to adding something new. 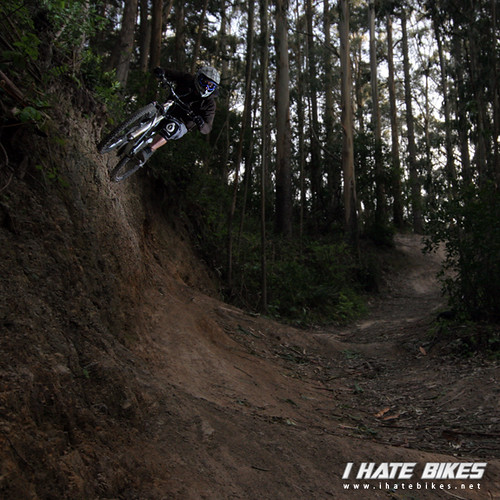 Remember to be courteous and be nice to the neighbors, as well as other trail users heading up the trail if you are in the Bay Area and check out this fun riding spot. Full face helmet, knee pads, and good attitude encouraged!