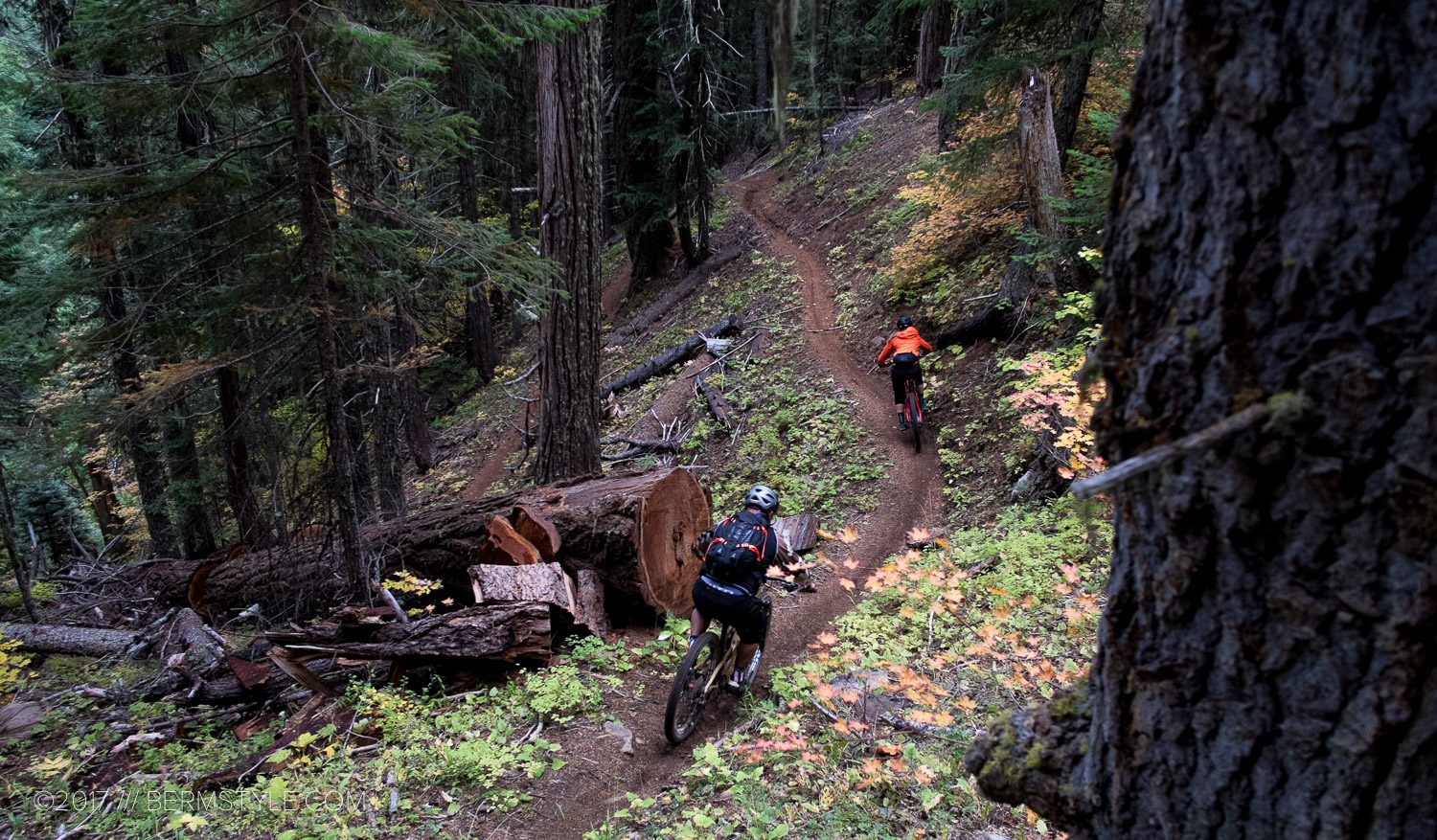 Inga and Quoc on the Moon Point Trail in Oakridge, Oregon.

Of all the times I’ve ridden Oakridge, Moon Point has eluded me, remaining on my to-do list. Unlike our usual routes, it’s a bit of a drive from town, and requires a bit more of a time commitment. This fall I finally crossed it off the list thanks to our friends at Tam Bikes, who invited us to join them on what has become a regularly scheduled, adventure packed weekend. 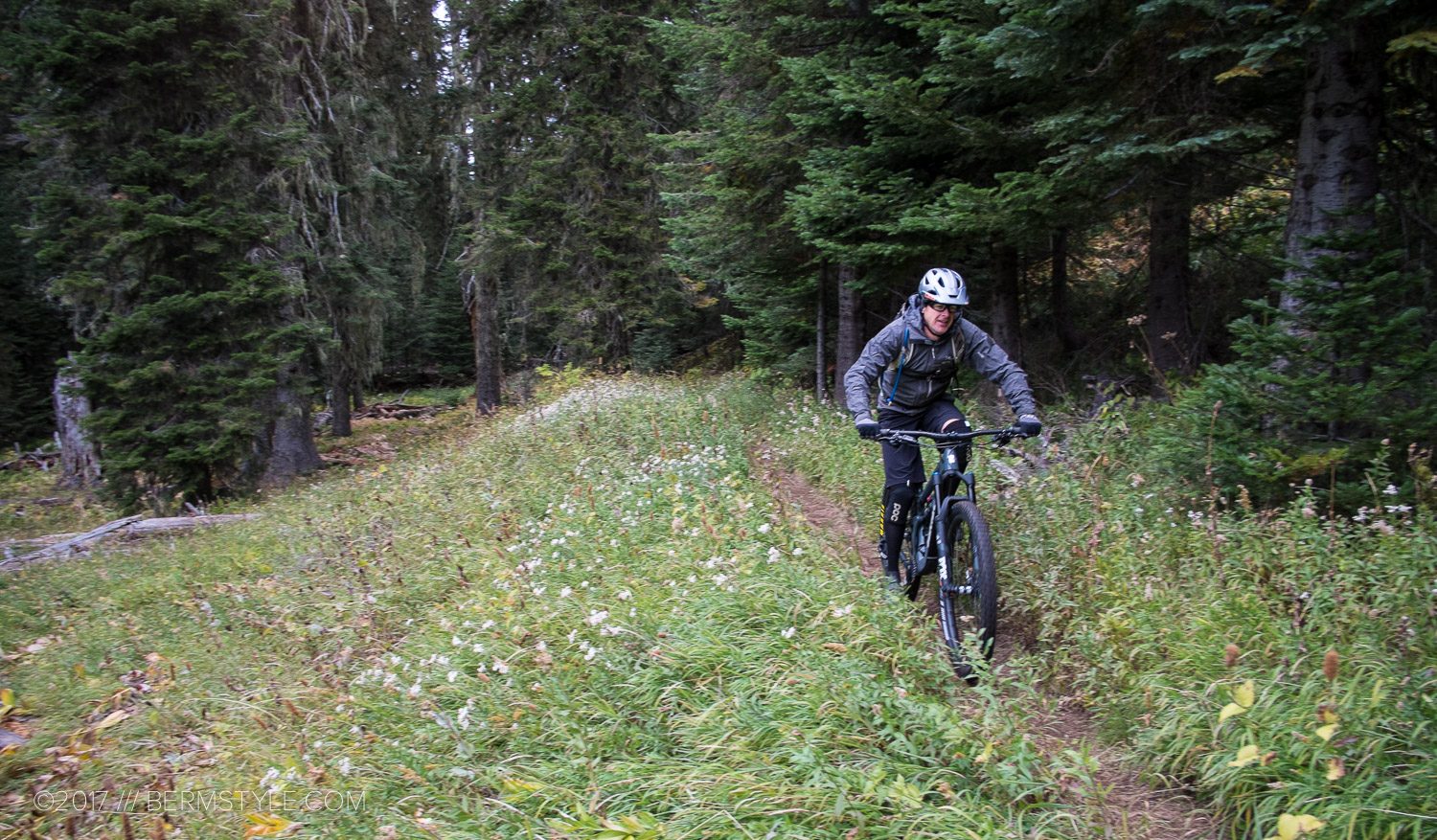 Abner rolls through the grassy start

The downside to much of the riding in Oakridge is a long grind to the start of the trails. The town of Oakridge is surrounded by mountains containing sweet trail, but you have to go up to go down, and most of the climbing routes on on logging roads. Fortunately thanks to local outfitters like Oregon Adventures getting a ride to the start of the good parts is simple to accomplish. Although the shuttle service can be a bit pricey at times, there’s something to be said for packing two days full of amazing riding in. Especially considering the climb to the trail head at Moon Point can be about two hours. 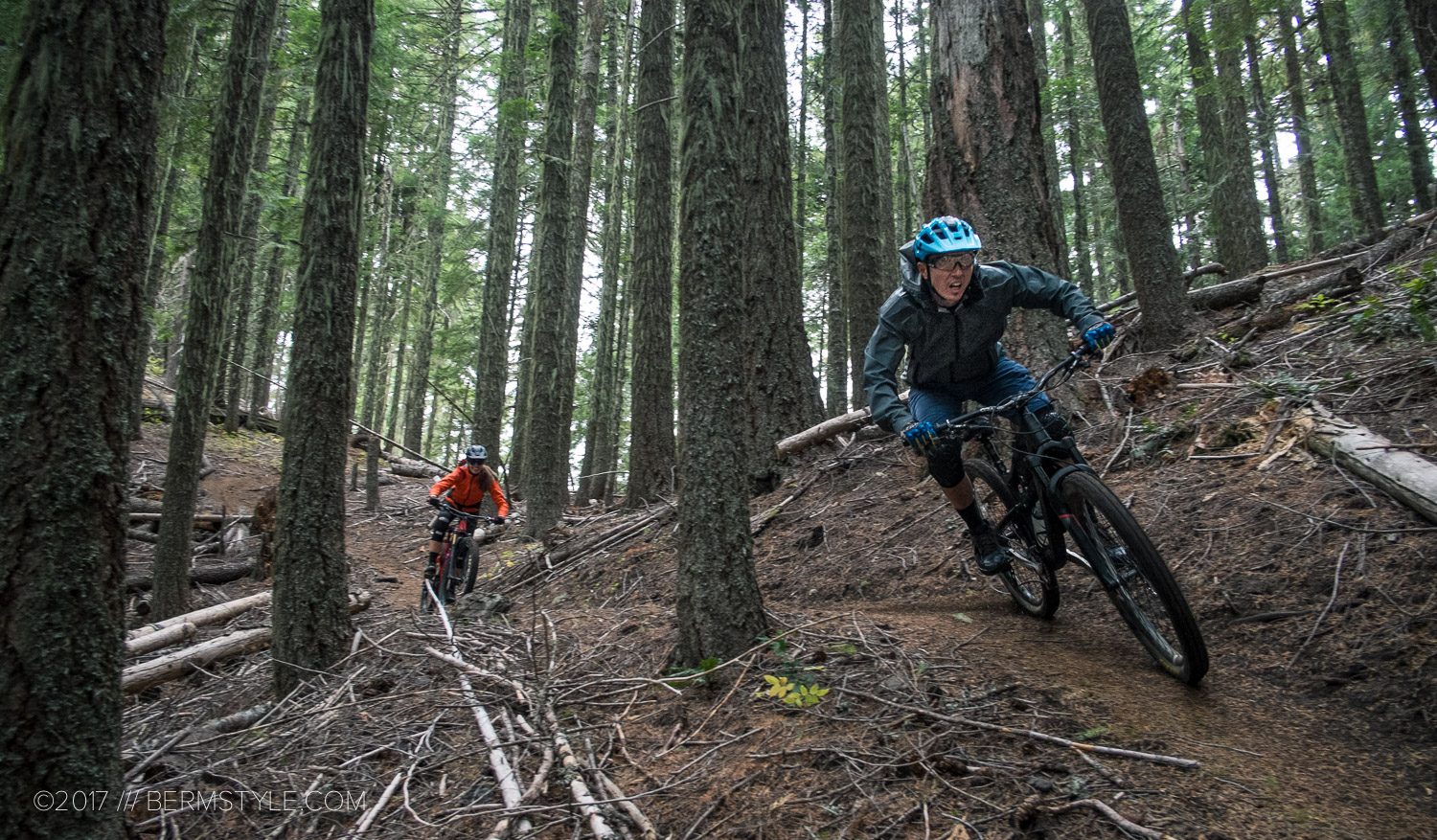 Smiles for miles. Thanks Quoc for helping capture the moment!

Even after unloading and setting off there is a bit of a climb, but its super minor, especially compared to many of the other local routes. It wasn’t long before we were ripping turns through the green forest. 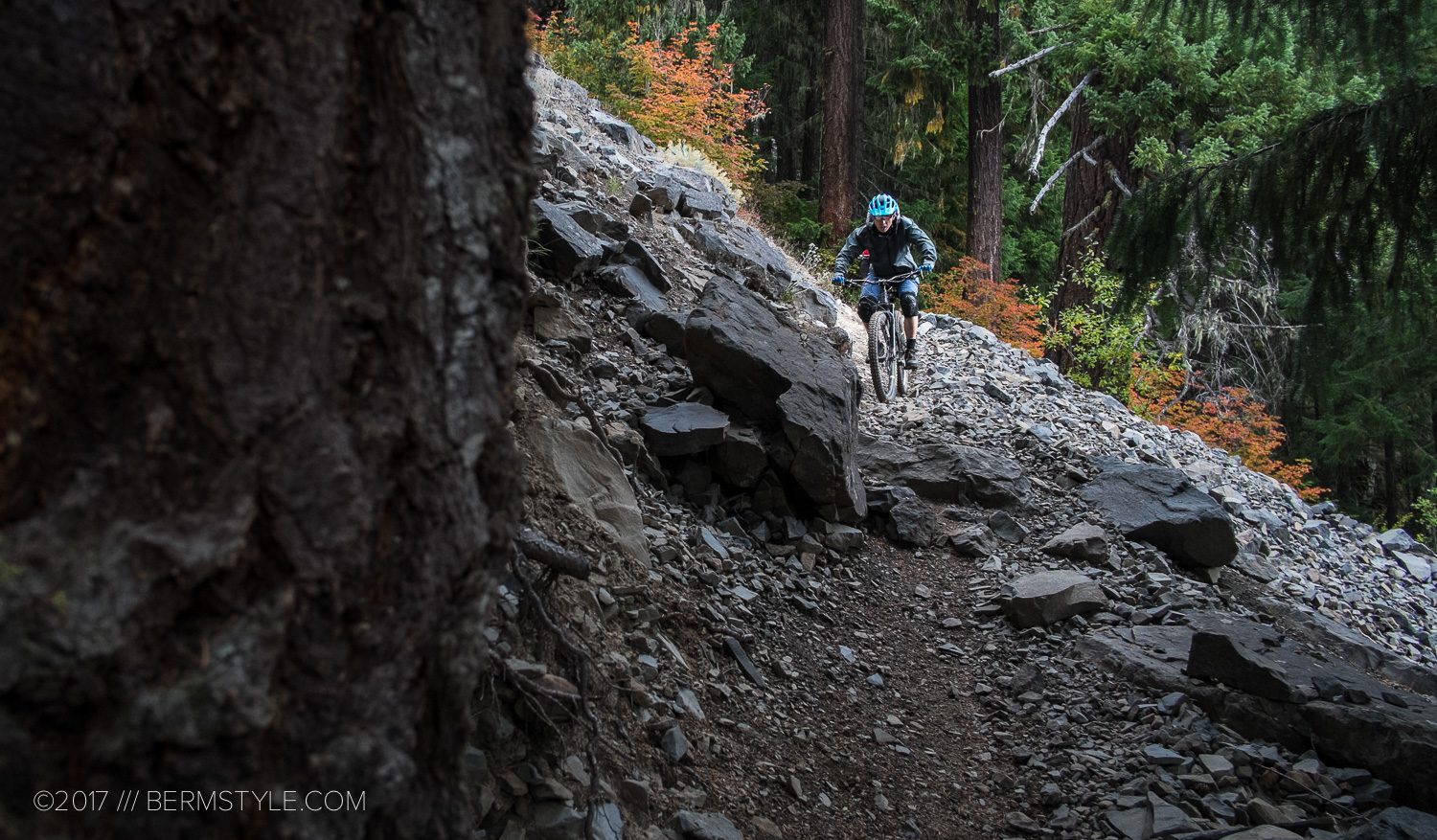 This loose, shale covered section of trail was a bit tricky with the rock choke that draws your front wheel like a magnet.

Moon Point features some of my favorite single track in the Oakridge, area, with a nice mix of all the components that make the Oakridge riding great – swoopy single track, fast wide open sections, a sketchy loose technical section or two and a sweet view point. 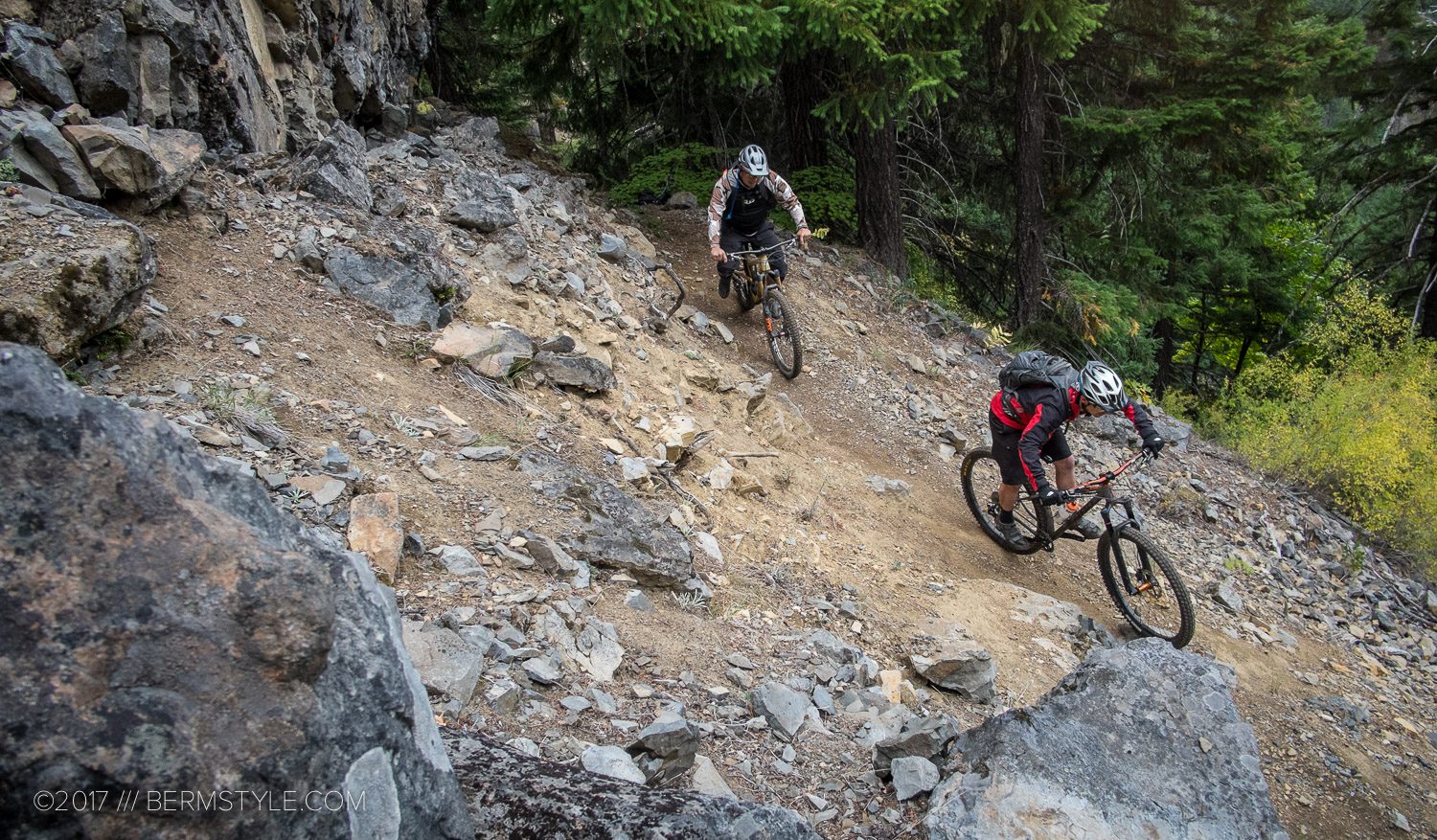 The descent flies by far too quickly, and since its a bit of a haul to get out here we did two runs, using the first run to capture sections of trail for posterity. 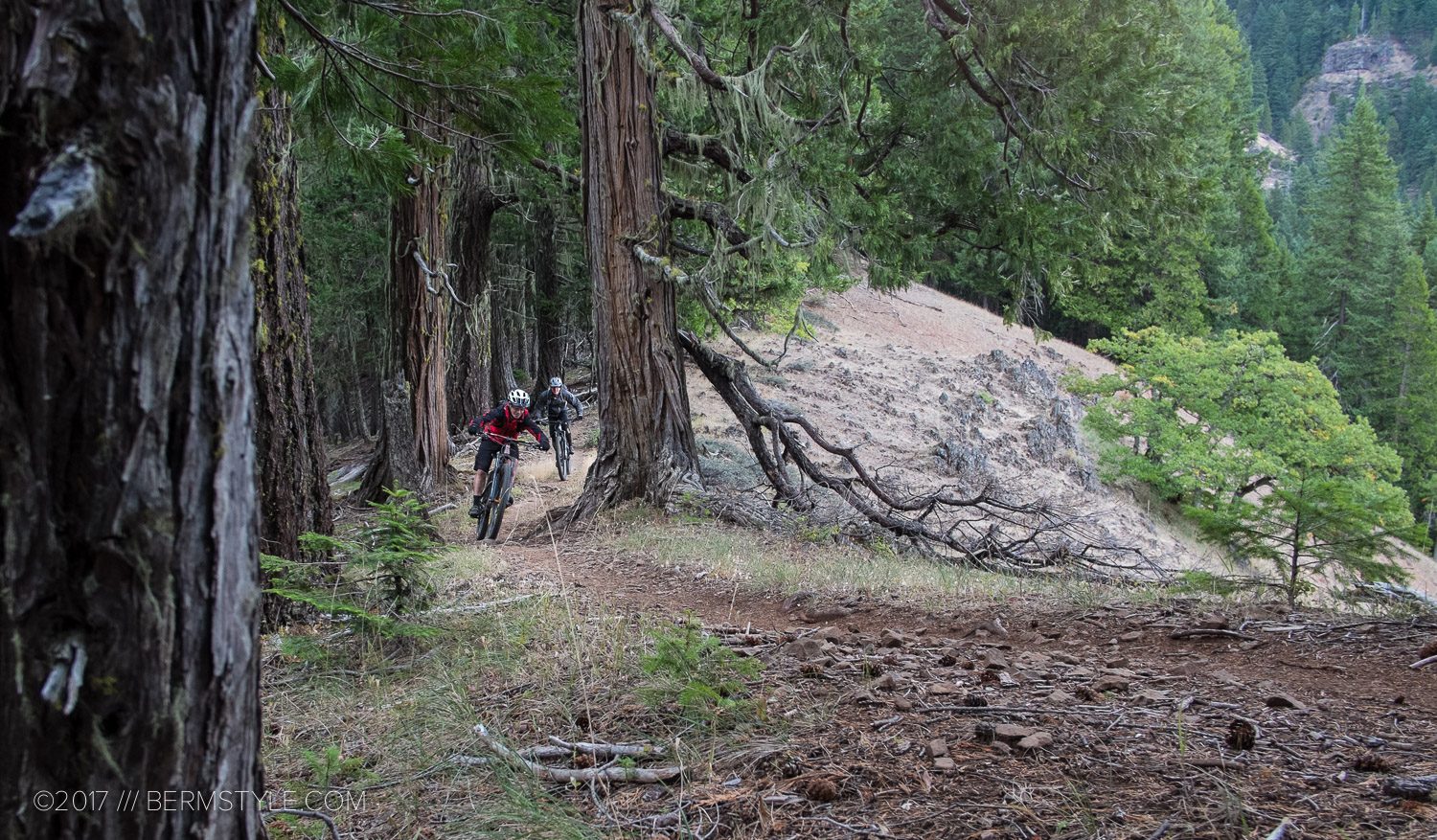 Once we reached the open meadow sections though, it was impossible to stop as we were too busy keeping it fully pinned. While ripping the fast sections, a few turns and bits on the trail snuck up quickly, making for some interesting “oh shit” moments. It’s all part of the fun though. 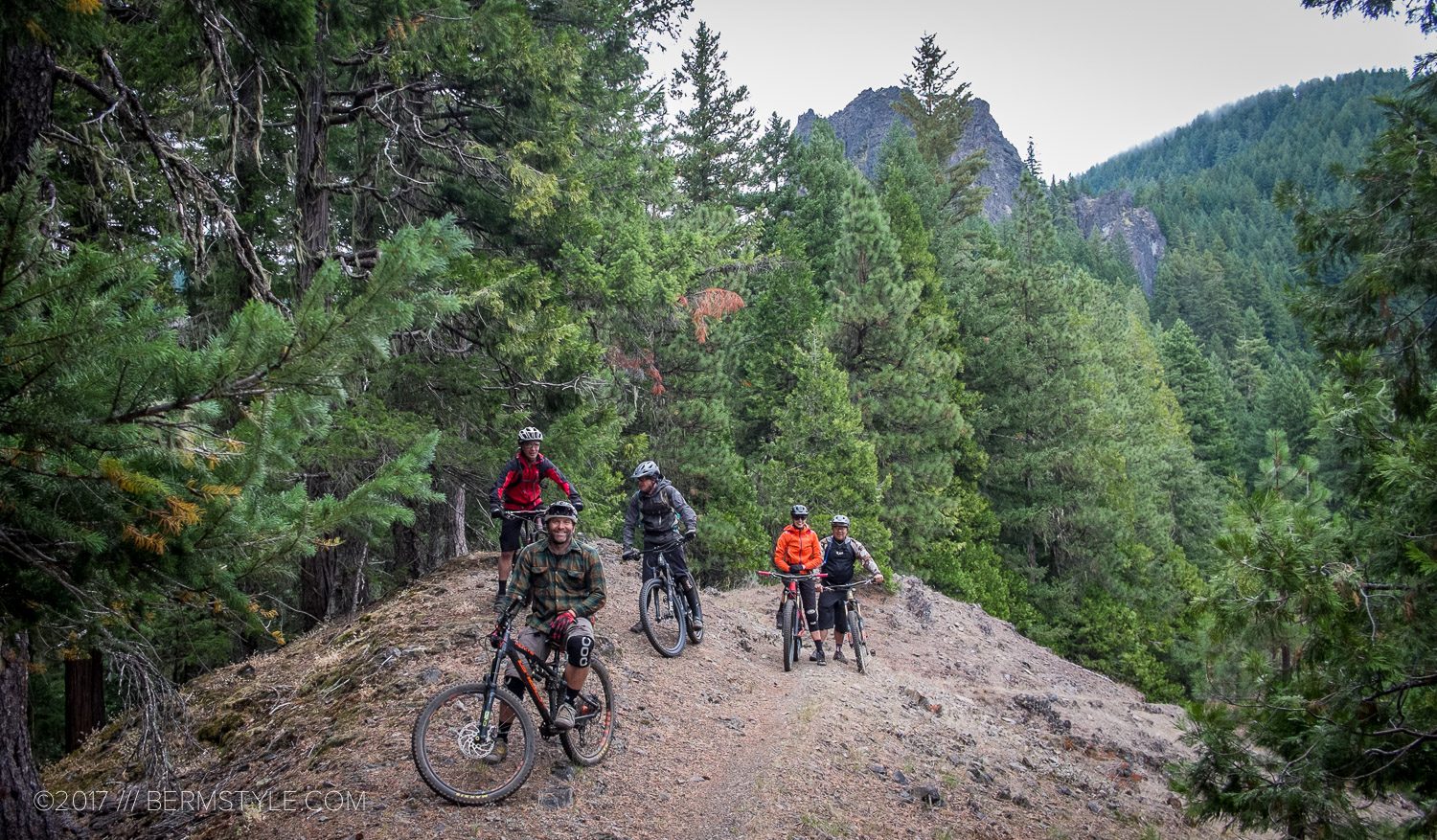 Regrouping for a quick shot of the crew. 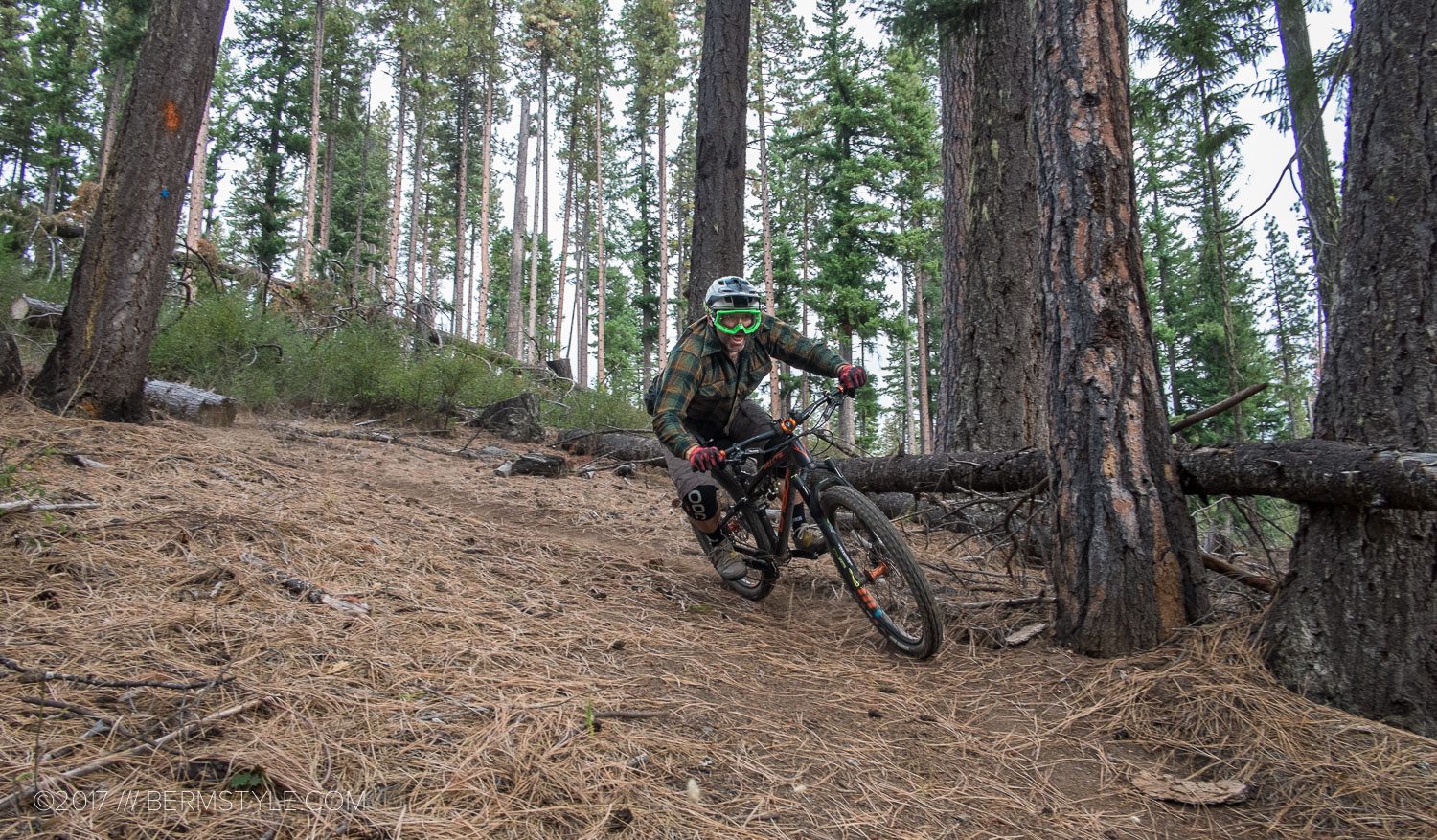 Ok, I managed to stop once. The last part of the descent is a non-stop shred fest and you better believe we didn’t slow down on the second run through. 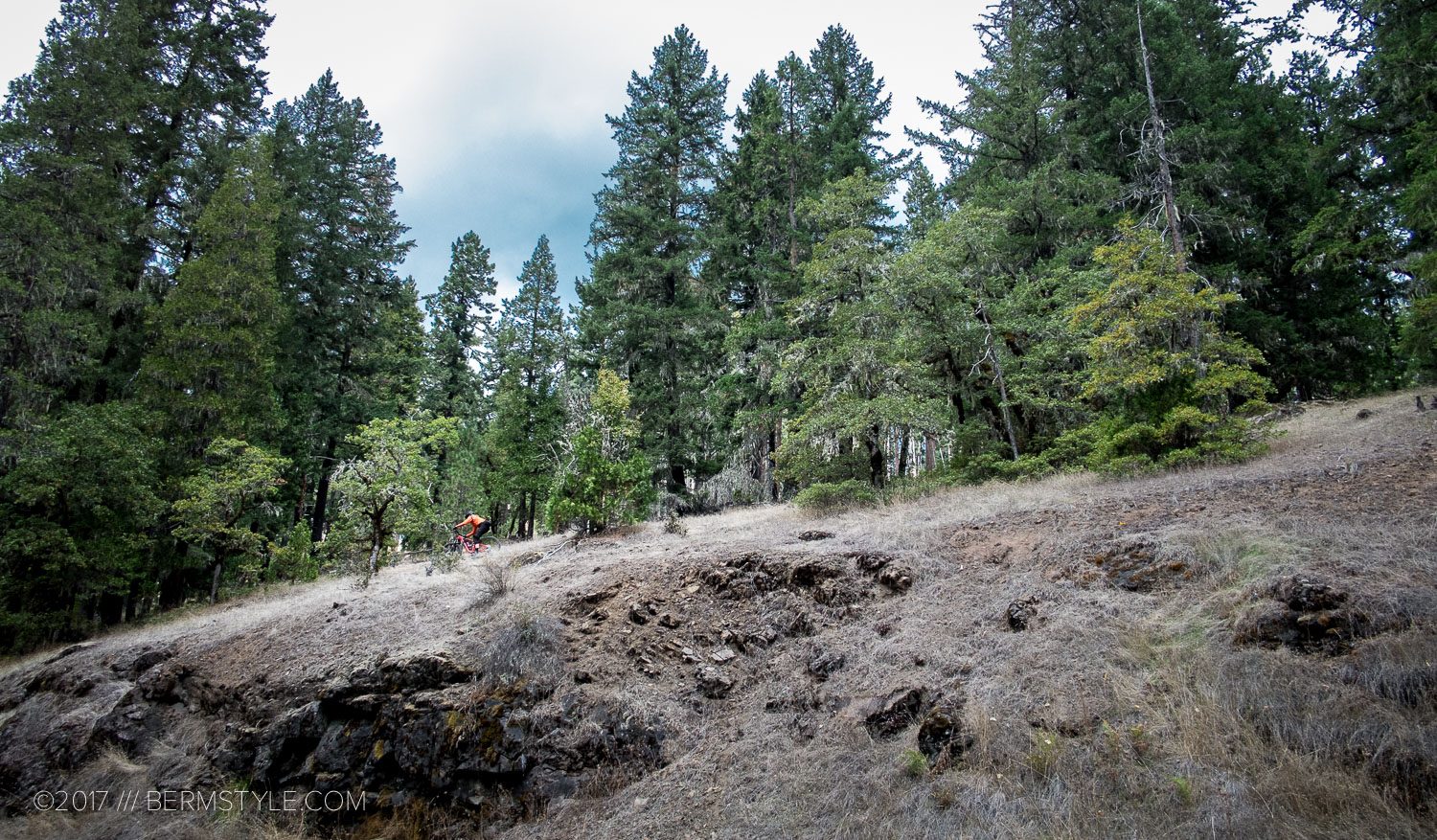 The final descent to the road.

After the second run we headed back to town for a quick lunch before another shuttle to ride Eula Ridge.