California State Parks has announced a proposal to open a singletrack trail for mountain biking in Marin County, on the shoulders of Mt. Tamalpais. The agency plans to allow bicycle use on the 4-mile Bill’s Trail segment, and is soliciting public comments on the project. The commentary period ends on 6-26. 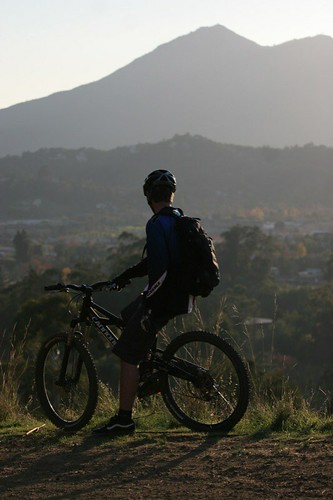 “I’m urging mountain bikers across the country to send comments in support of this project,” says IMBA Executive Director Mike Van Abel. “It’s hard to imagine a more important location than Marin, where mountain bikers have worked incredibly hard to regain access to the very trails that helped bring our sport into the world.”

This landmark opportunity is the direct result of more than three years of partnership building with the parks department by IMBA California, Access4Bikes and the Bicycle Trails Council of Marin. A successful opening of Bill’s Trail will set the stage for bicycle access to several other singletrack trails in Marin, which is widely considered to be one of the birthplaces of modern mountain biking. Despite its historic role, Marin has seen precious few opportunities for mountain biking open to the public in recent years.

IMBA has issued a call to action, asking mountain bikers to tell California State Parks that they support the decision to open Bill’s Trail to bicycles.

Located within the Mt. Tamaplais watershed in Samuel Taylor State Park, Bill’s Trail winds through native ferns, wildflowers and hazelnut trees. It averages a reasonable 7-percent grade, and its six switchbacks provide riders with multiple views of the surrounding landscapes. While it is expected that bike access on Bill’s Trail will be limited to alternate days at first, the parks department states that this stipulation will be open to further review.

California State Parks is expected to announce opportunities for bicycling on other nearby routes in upcoming months. The Diaz Ridge Trail, which runs through Mt. Tamalpais State Park and Golden Gate National Recreation Area property, is scheduled to receive a major reroute this summer. This project could produce shared-use singletrack joining State Parks and National Park Service properties.

A small number of local hiking and equestrian groups have vowed to fight against any new access for mountain biking in Marin County, despite plentiful evidence that well-designed trails can be successfully shared by various user groups, and that mountain biking is a sustainable, low-impact form of recreation. “I think that, broadly speaking, the community of trail users in Marin is ready for this,” says IMBA California Policy Advisor Tom Ward. “We have seen great success with our volunteer mountain bike patrol program there. Mountain bikers care deeply about protecting the gorgeous trails and natural areas in Marin, and we will continue working with like-minded groups.” According to Ward, outreach programs such as Share the Trail are creating stronger relations between user groups, and the outlook for increased mountain bike access in Marin has never been brighter.