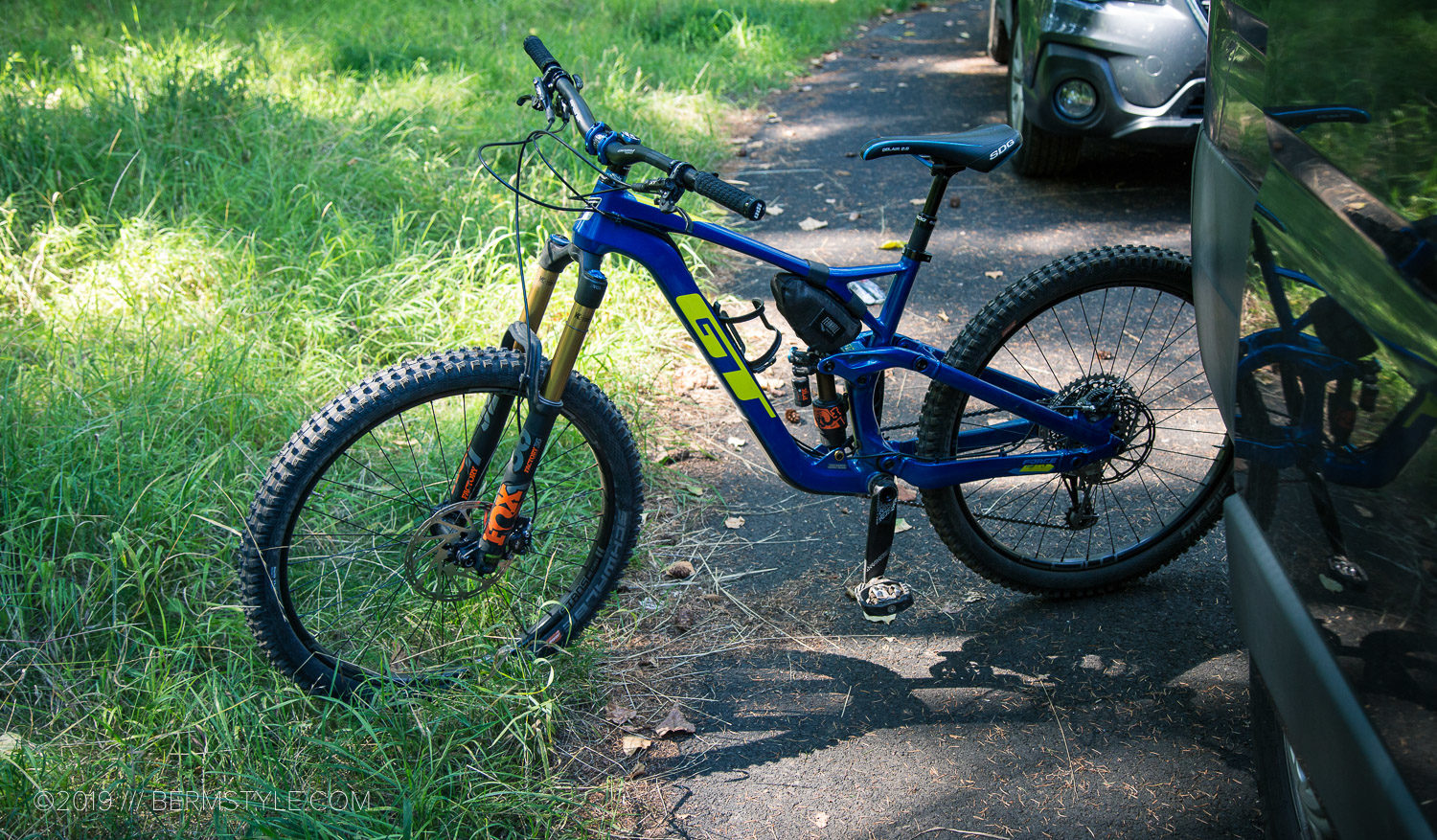 Getting after it on with the GT Force Carbon Pro.

As there aren’t any stocking GT dealers in Portland, we don’t see a lot of GT bikes on our local trails here. It could be part of the reason the new 2020 GT Carbon Force Pro and its bold, candy-color blue paint gets so many looks — especially from fellow riders that grew up with the GT brand. And there is a lot to like about the Force Carbon. Not only has it regularly been proven capable of winning enduro races at the world cup level, but it does this at the price of $5,250 for a complete bike. When you consider the top-level Kashima Fox Factory suspension spec, it’s an appealing package that stands out in a line up of value-priced anno black.

So when the folks at GT sent one over you can bet I was jazzed. 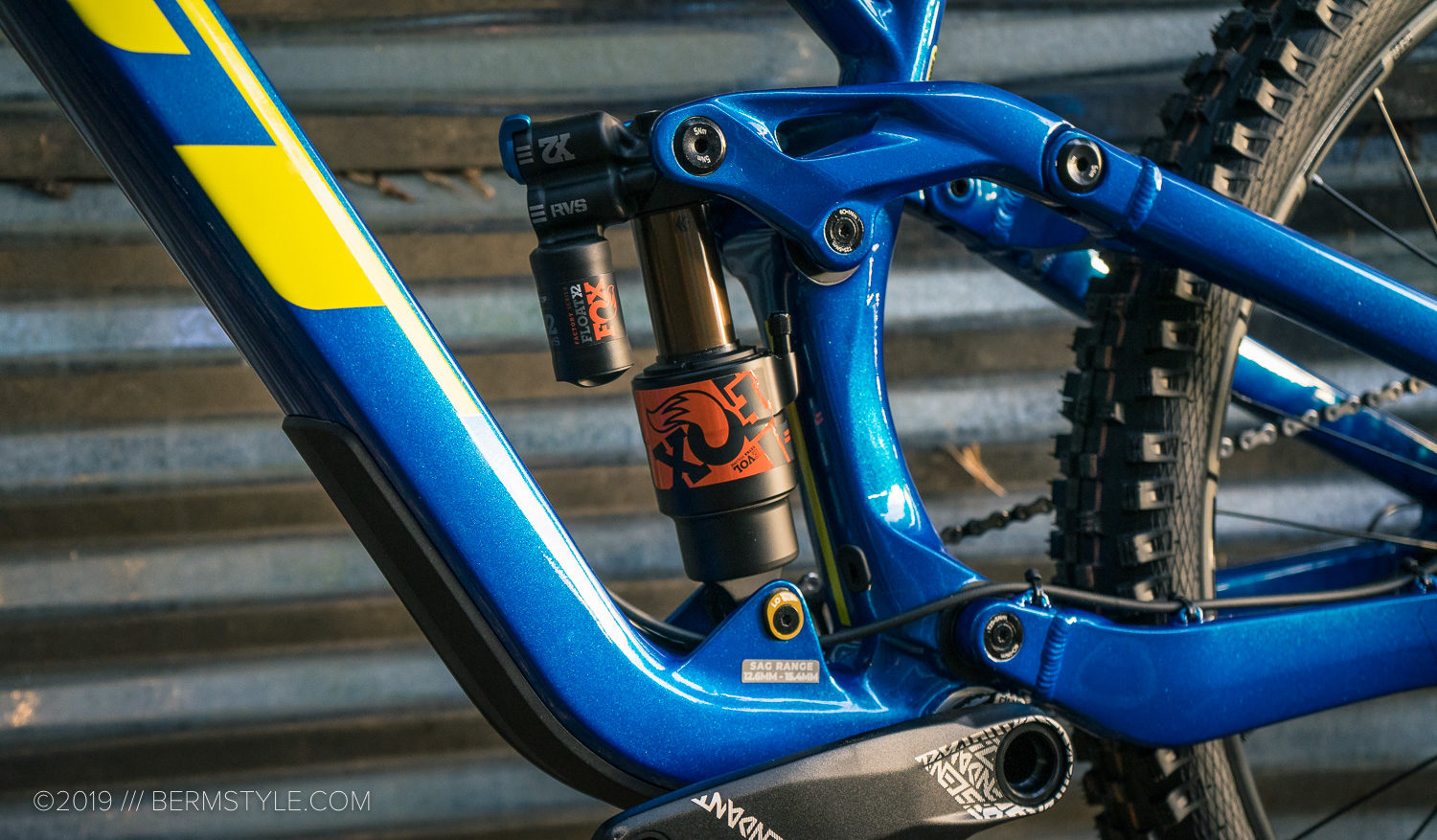 First, a quite bit of backstory. After selling my Santa Cruz Nomad, I had enough components laying about to build up a new frame, and although I’ve been happily riding a 29″ wheeled steed, I missed the jibby-play factor that comes with the smaller 27.5″ wheels. I discovered the GT Force carbon earlier this spring while researching options in the all-mountain/enduro category with the GT an immediate standout. Not only was it making waves on the World Cup Enduro circuit under Martin Maes, but the frame only price of $2k and spec of the Fox Factory X2 rear shock made it stand out in a sea of options.

When every other high-end frame option will set you back at least $3,000 (that is just for the frame remember, expect to spend a lot more before even come close to hitting the trail) $2k is jaw-dropping. Many full alloy frames run $2k, and they don’t include a shock with Kashima, so it wasn’t a surprise it was impossible to find one. 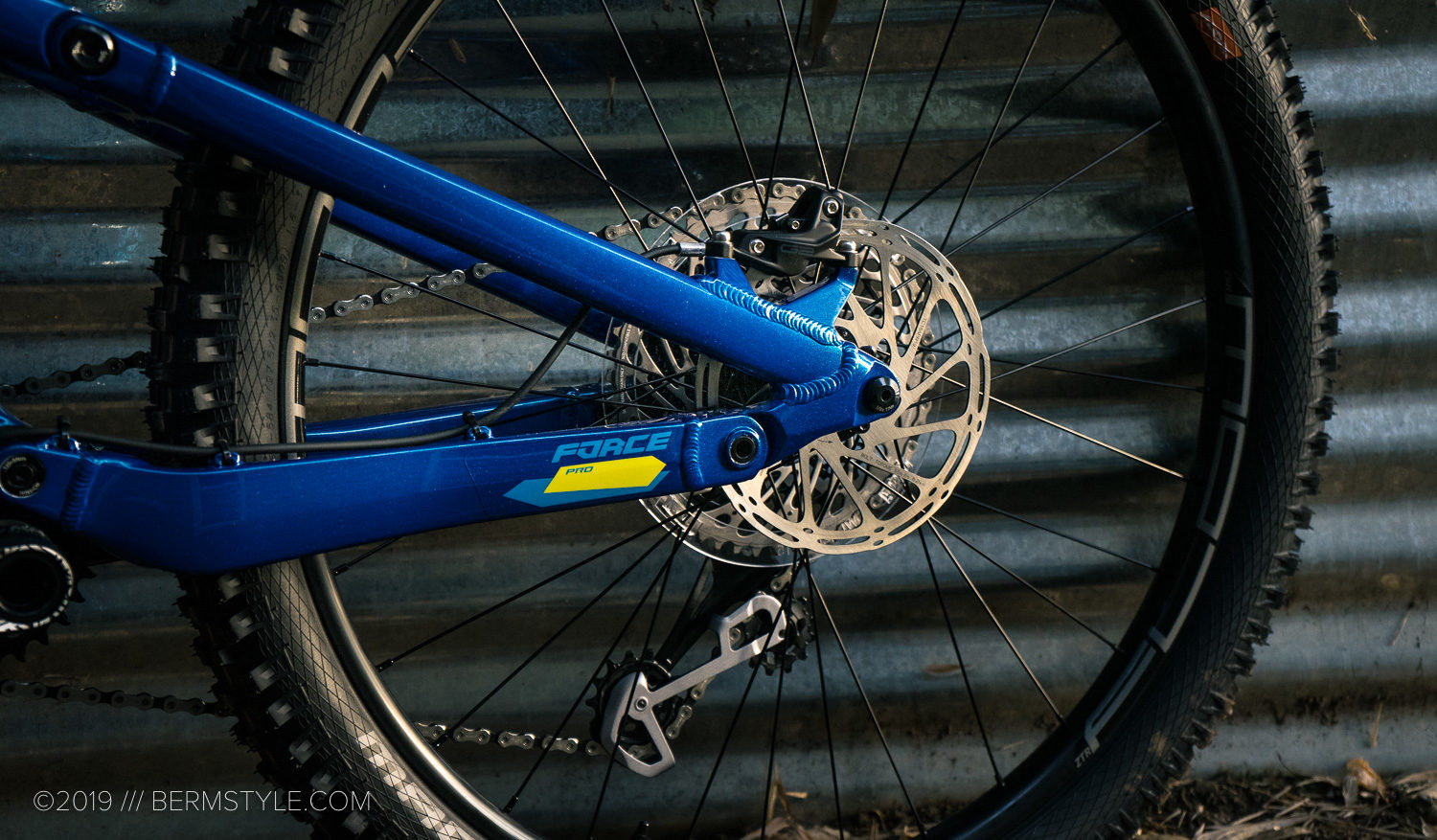 Dime sized welds on the alloy chain and seat stays.

A few highlights of the 27.5″ GT Force Carbon Pro:

After years of running a proprietary suspension design, GT has shifted gears and is now utilizing a more conventional four-bar Horst-link design. In the Force, it’s paired with a premium rear shock, and is compatible with both air and coil sprung metric Trunnion mount shocks. Touches like a threaded bottom bracket, ISCG 05 tabs, and a bottle cage mount with plenty of room for a bottle reveal a well thought out design. 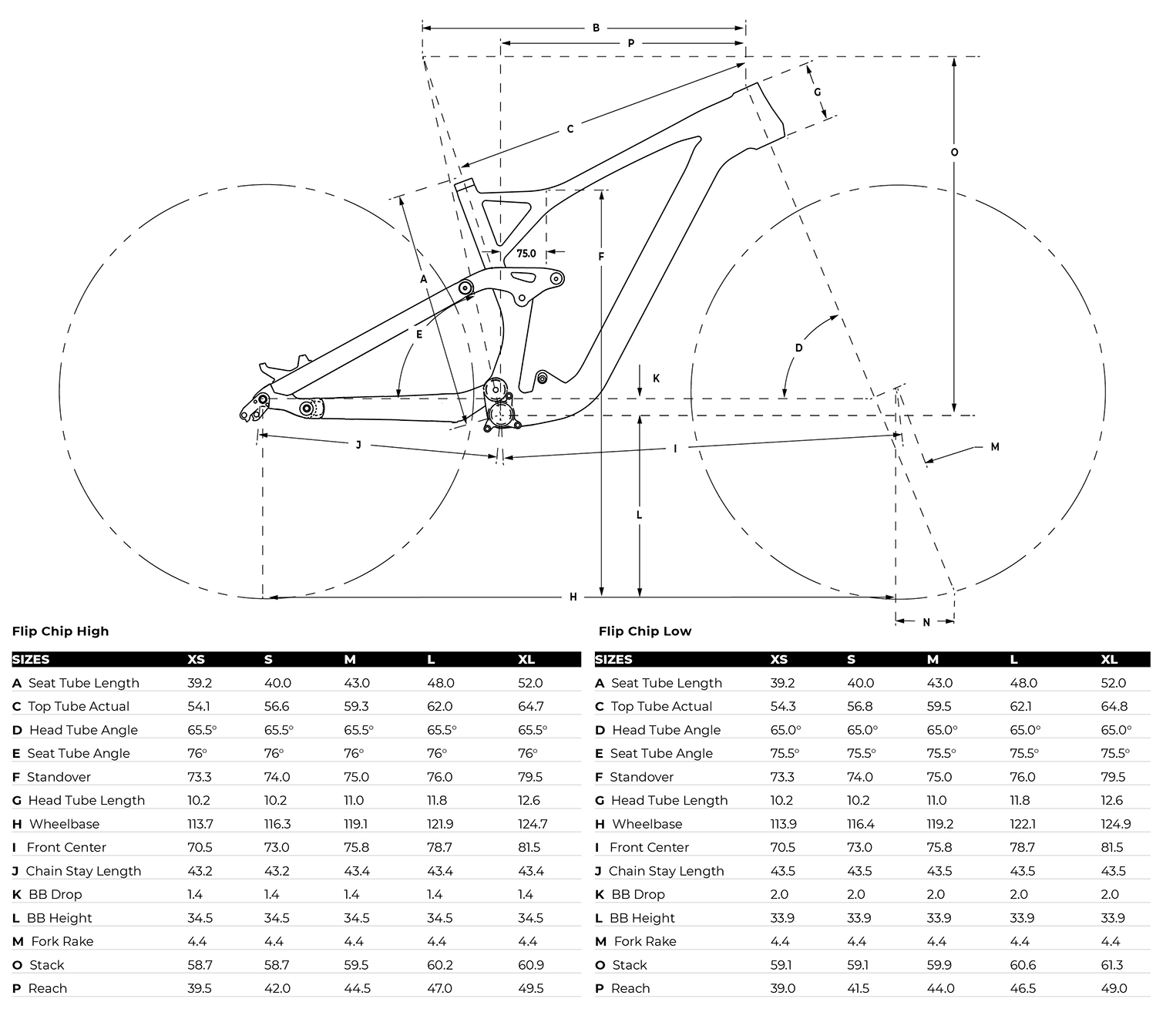 The Carbon Force frame features a flip chip that allows adjustable geometry with a “High” and “Low” setting. The settings adjust the head and seat tube angle .5º while also raising or lowering the bottom bracket. The geometry is inline with current trends with a decently steep 76º seat tube angle, and 65.5º head angle in the hi/regular setting. 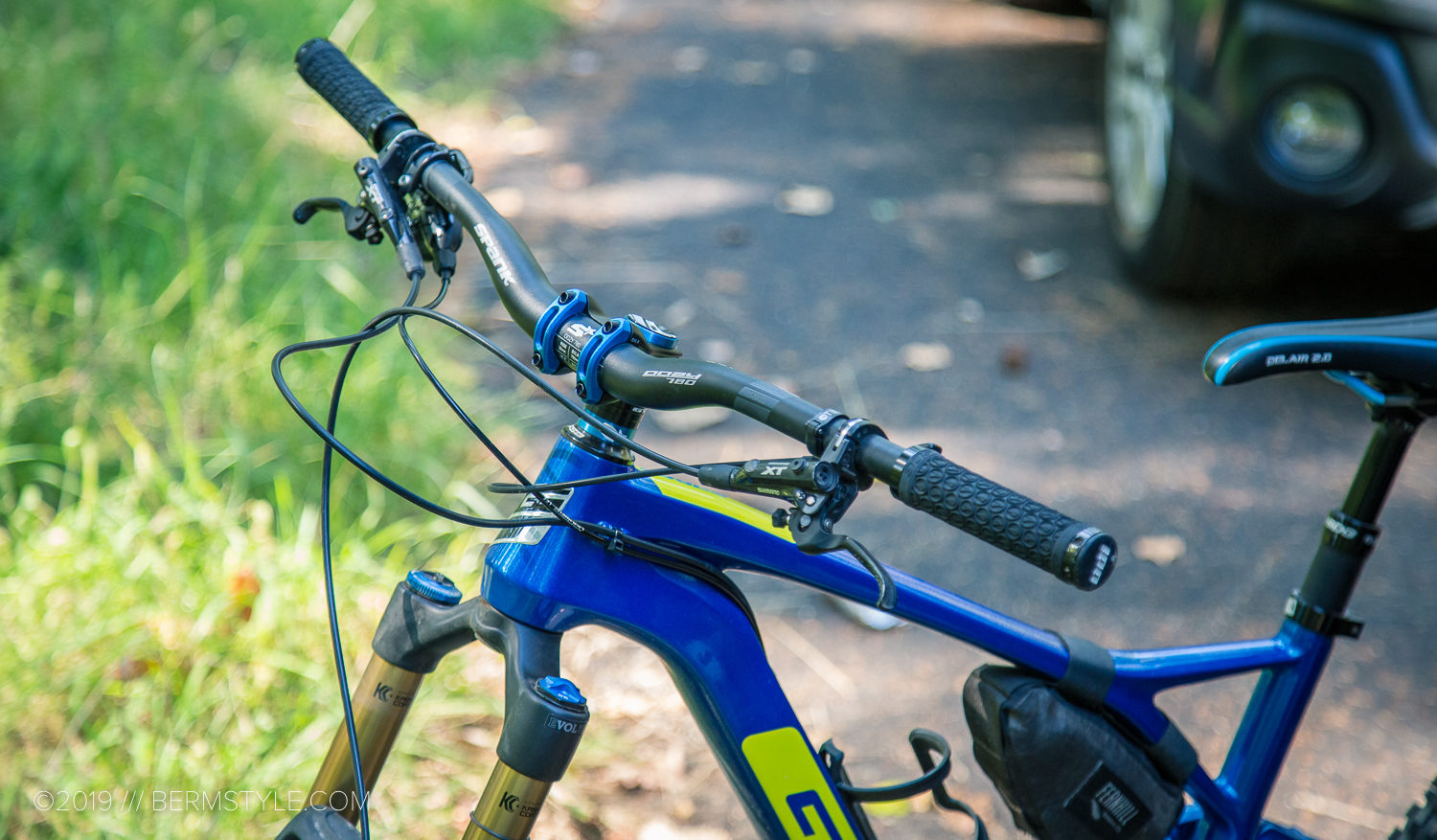 The Force is spec’d with a SRAM GX Eagle 12-speed drivetrain and SRAM G2 RSC brakes. The GX spec is pretty common these days, and while we’ve had positive experiences with SRAM 12-speed, our preferences run strongly in the Shimano camp. (disclaimer: Shimano provides us with product support) That said, on the first few trail rides, the SRAM chain simply didn’t want to stay on one cog.

As I’m most interested in testing the Force platform, with the parts I’m accustomed to, I swapped out the SRAM components for an full Shimano XT drive train and brakes, which is the platform I’ve been on for the last several years now. (I have yet to change out the cranks, as I had trouble getting enough leverage to break the bolt free.. so for the time being the Descendant cranks will stay) GX Eagle usually shifts fine, but I wasn’t interested in trouble shooting the issue. 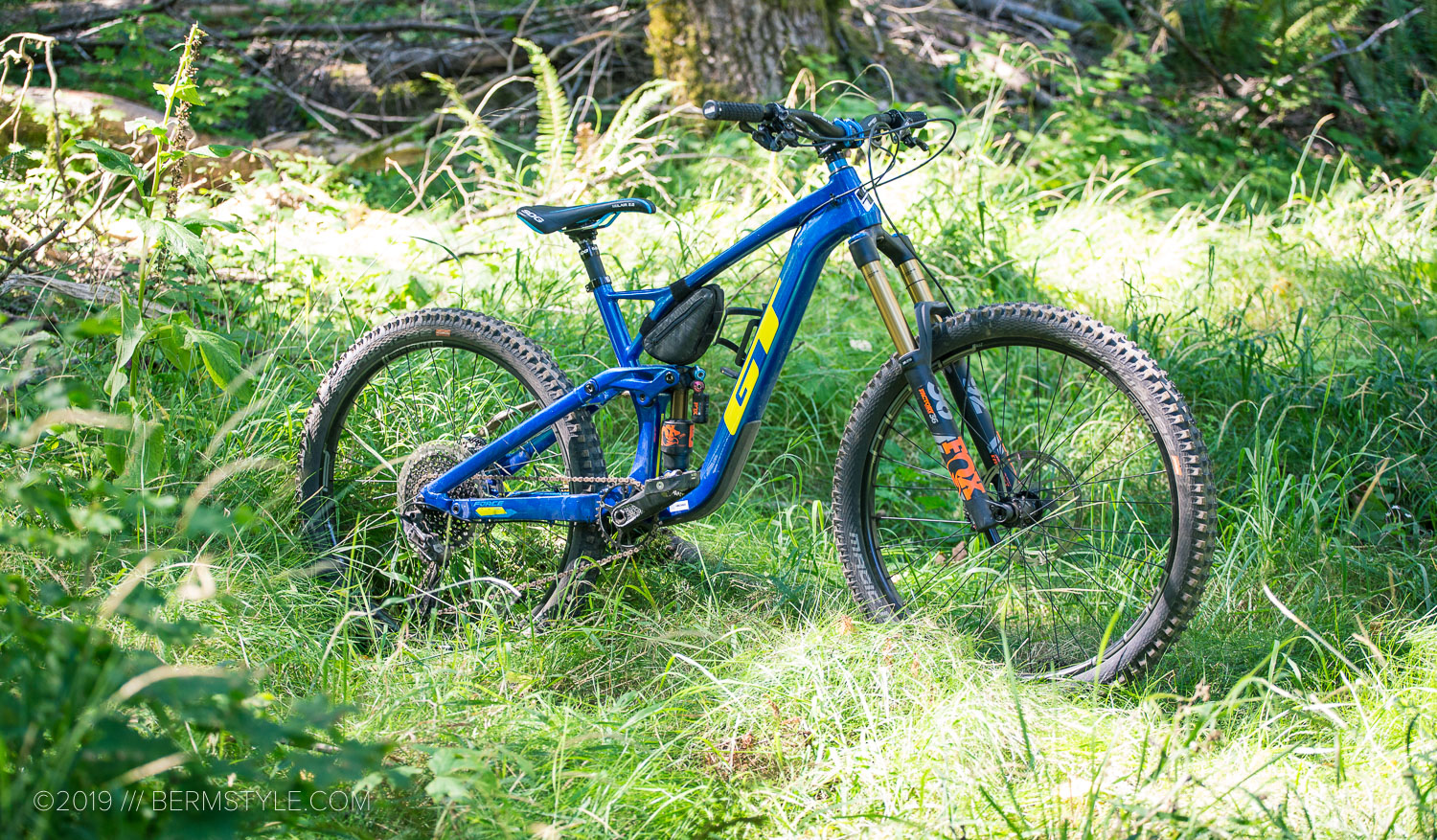 The challenge in changing from SRAM to Shimano is that a compatible freehub body is required. In this case, it was simply easier for me to source a completely new wheelset, and chose the Spank 350 Vibrocore wheelset with blue accents to match the frame. (more on this in a separate post)

The other item I swapped out was the stock KS Lev dropper post. GT specs the 125mm (5″) drop post so the frame can accommodate a wide range of rider inseams, but this bike screams out for the longest dropper you can possibly fit. For my first ride, I installed my current favorite: an SDG Tellis with 6″ of drop. As I still have a bit of post remaining, I reached out to SDG and they dispatched a 7″ model for the build. It just arrived, and I can’t wait to try it out! 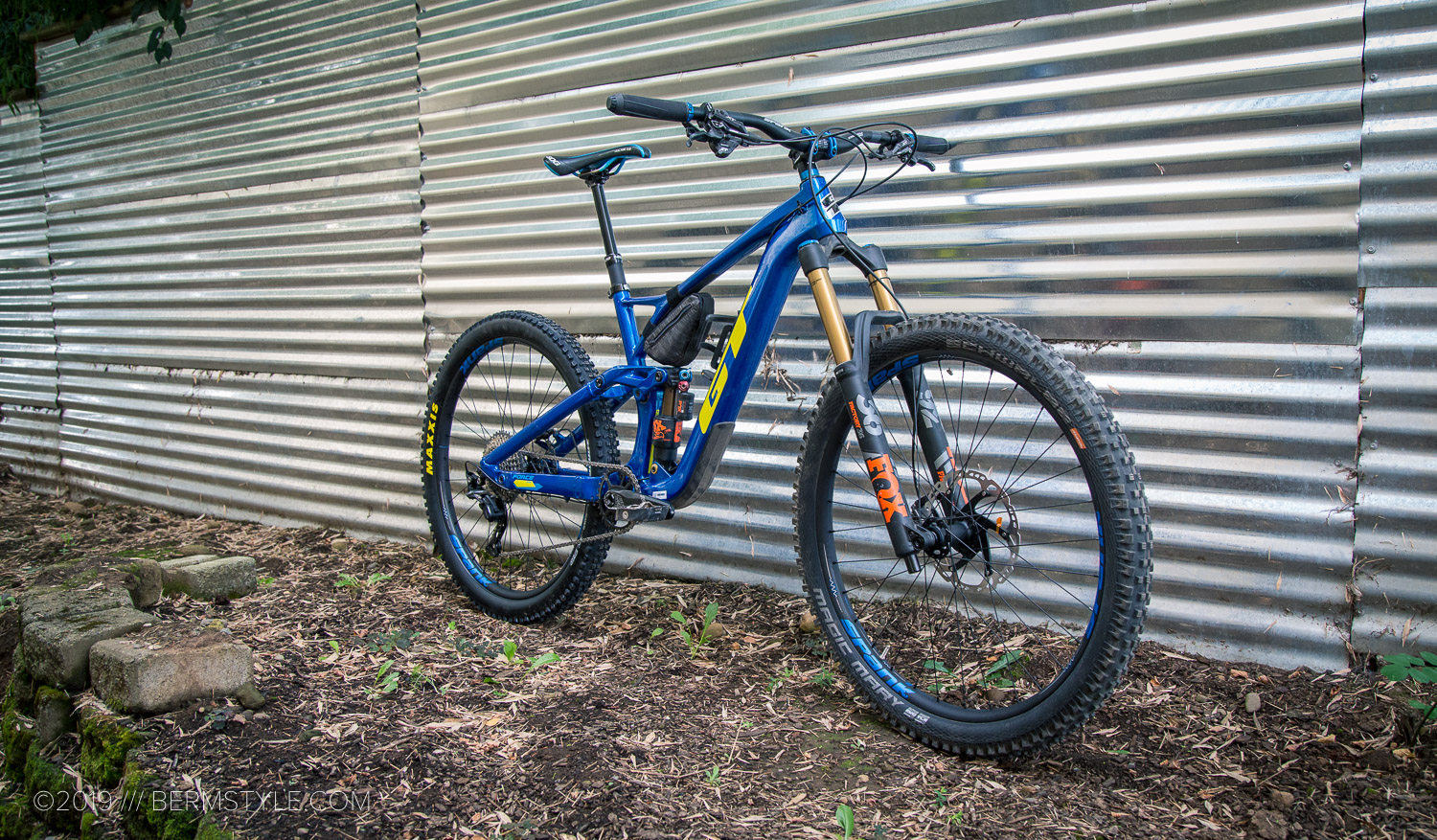 And because I’m so enamored with the candy-color blue finish, I also installed a 38mm Spank Split stem with blue faceplates, and an SDG Bel-Air limited edition blue saddle. I’ve been running the Bel-Air since I got into riding mountain bikes, and still love this saddle! 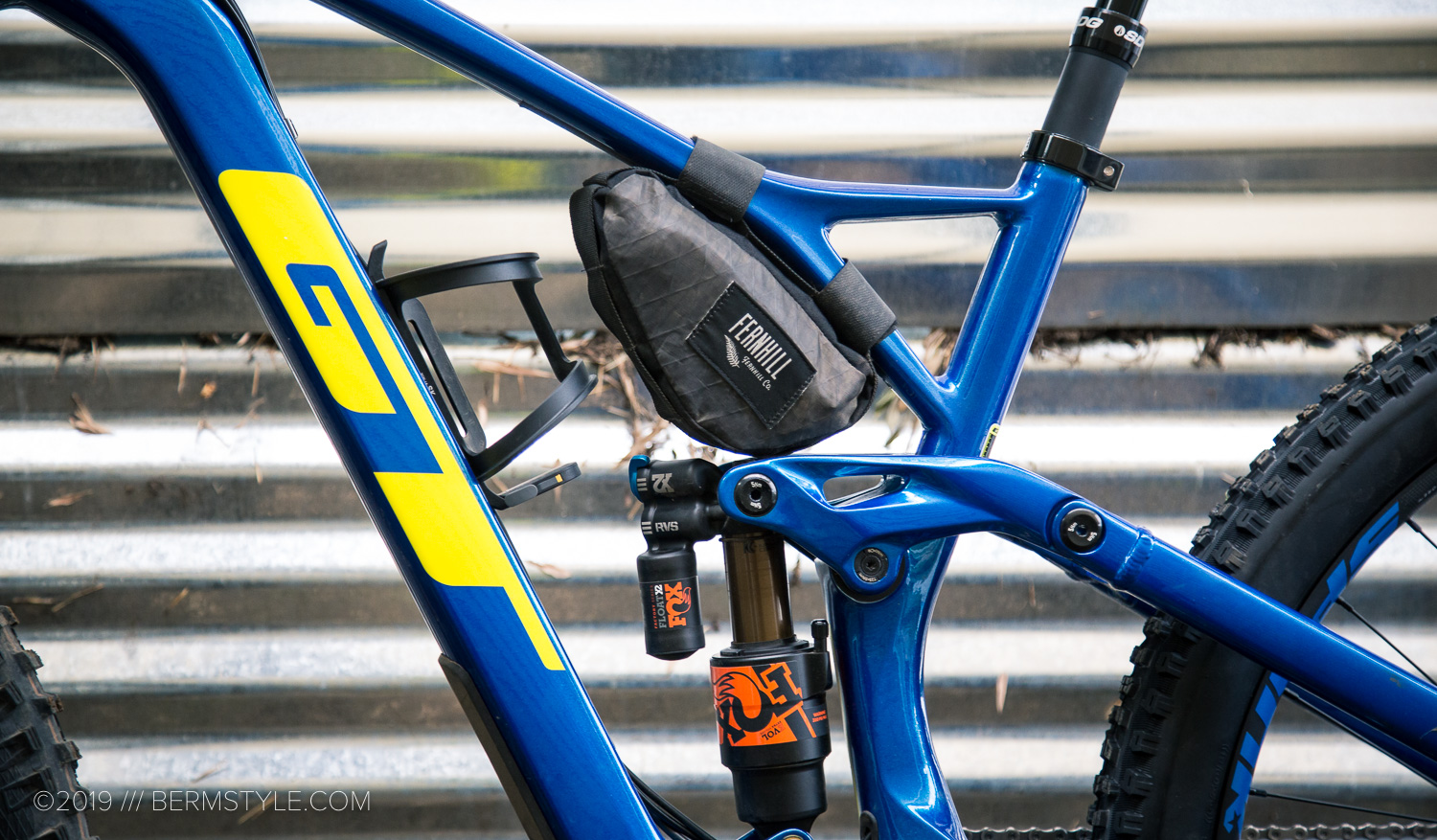 We’re fans of carrying the every day ride carry gear on the bike when we can, so we strapped on a Fernhill Co LTL Frame bag. These frame bags are handmade here in Portland by a friend of ours, and we’ve been testing them and providing design feedback from the start. We love these frame bags and they deserve their own post, so I won’t go into it here, but it fits well in the space above the rocker and the bottle cage. 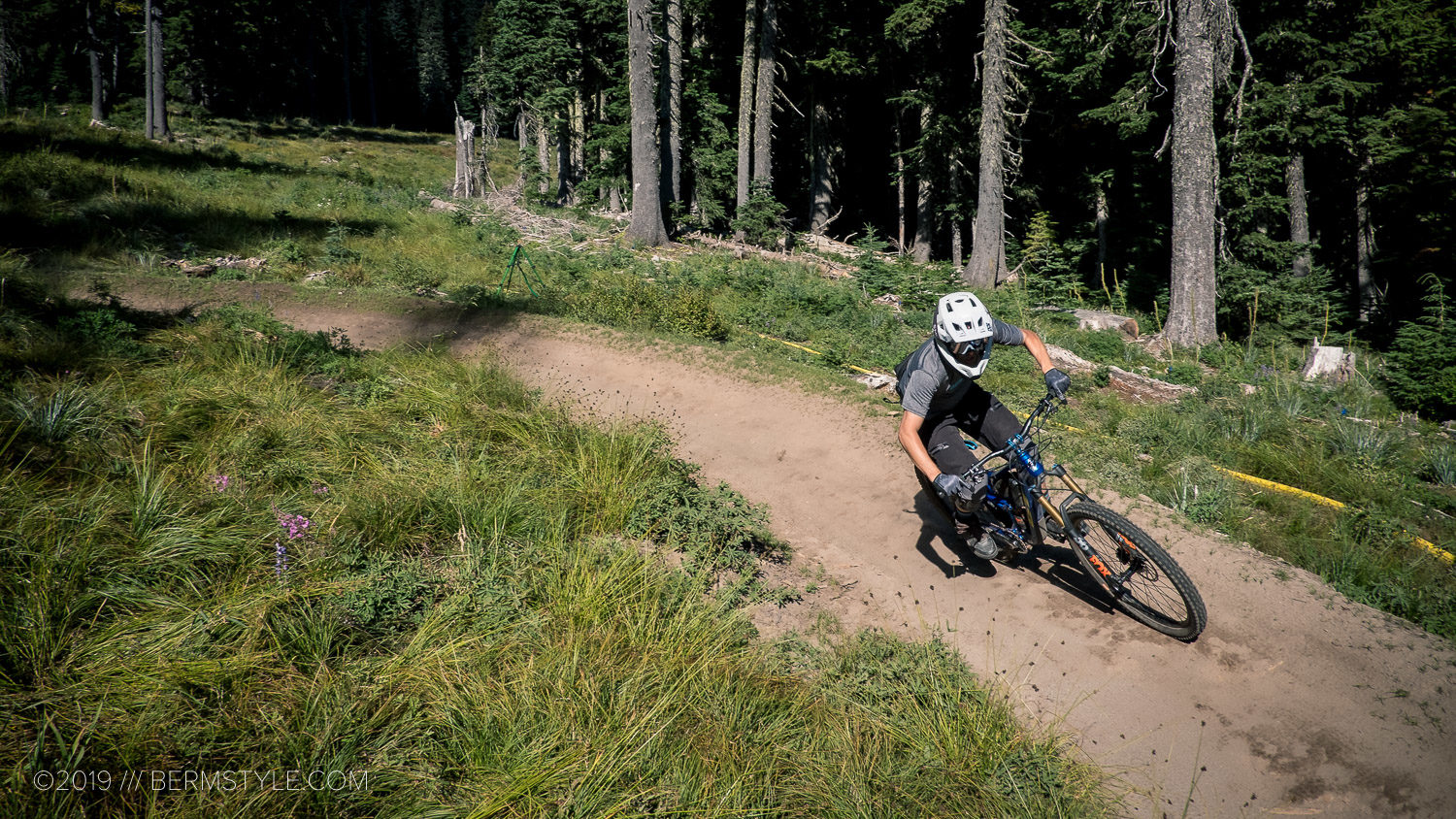 First impressions have been super good times – the Force loves to be pointed downhill and after being on a 29″ for a while, I’m having a blast getting sideways as much as possible. More in depth ride impressions to come soon.

Check out GTBicycles.com for more info on the Force Carbon Pro