Today’s trail and XC bikes are more capable and versatile than ever. Most “XC” bikes rarely see action on the race course though, and are used as trail bikes. To see how they stacked up against the trail and all mountain bikes we usually ride, Enduro Mountain Bike Magazine put together a group test to see just how capable the current crop of bikes traditionally defined as “XC” actually are.

Team Bermstyle — consisting of Inga and myself, were invited to join the Enduro MTB test crew for three days of shuttles in Santa Barbara to test these and other theories. As we wrung out lap after lap in sunny Santa Barbara— on a trails popular with gravity riders on full blown DH bikes— we were suitably impressed by what’s available today.

The majority of the bikes were unsurprisingly 29ers. High volume 2.35″ tires on the big wheels made them surprisingly capable, and we found ourselves ripping the descents at speeds usually reserved for our Enduro-capable all mountain rigs. (there were a few models that were definitely exceptions to that) 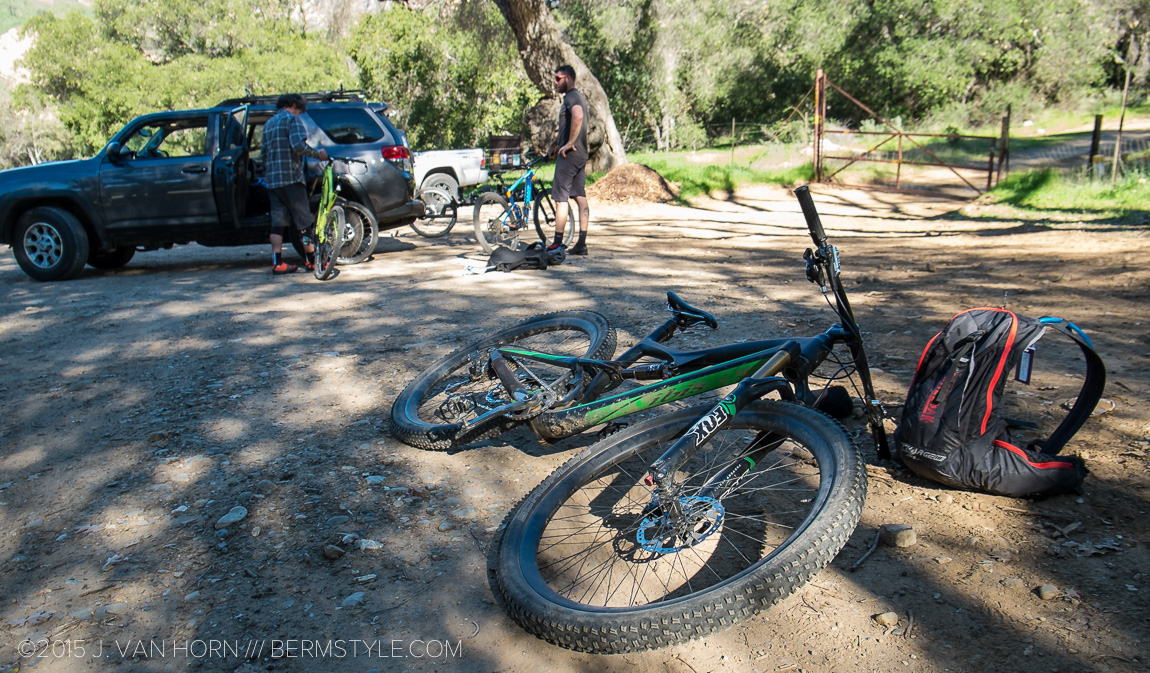 The Ibis Ripley 29er, equipped with i’s wide carbon rims was an eye opener. So much so that I had to sneak in extra time on it.

Cornering them proved to be a different story, as most of them had long chain stays, trading handling for stability. 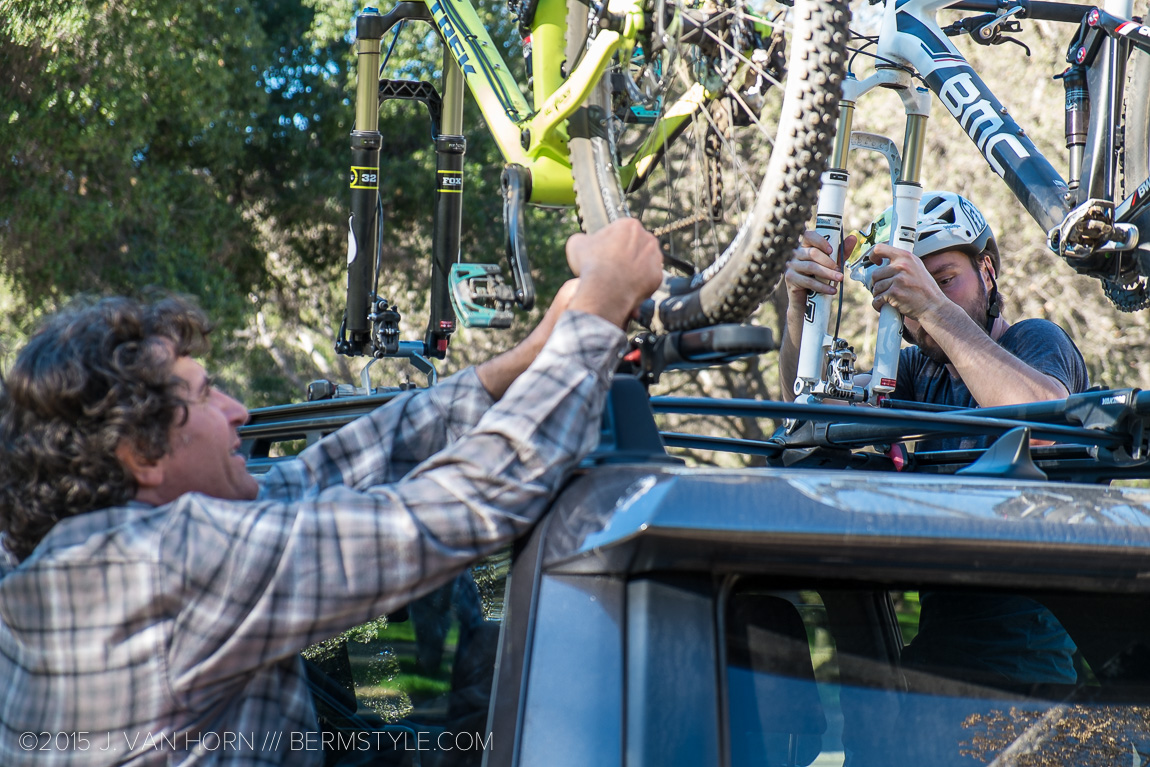 Enduro Mag’s Joe Parkin and Robin Schmidtt strap down bikes to ready for another run.

While there were a few bikes that were clearly intended for world cup level XC racing, (and racers) many of the bikes we rode were considerably more versatile. 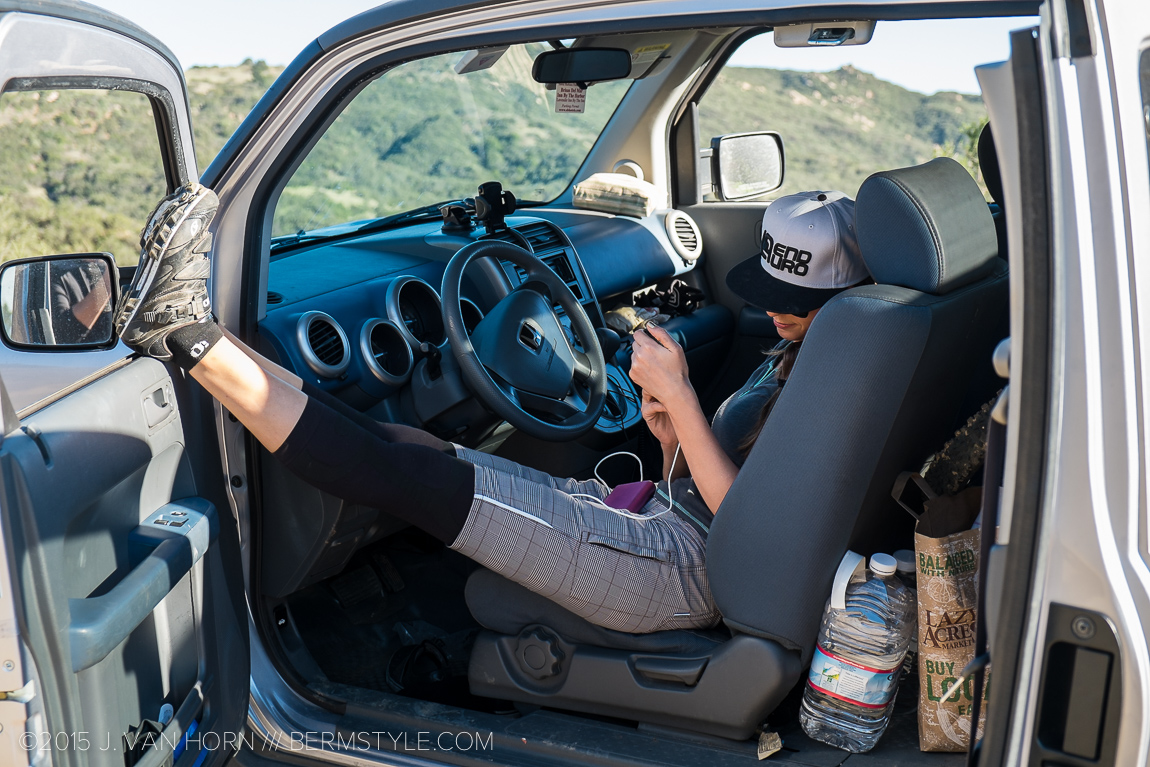 Inga takes a moment to kick back and relax.

One thing is certain— many bikes in today’s market defy being strictly categorized. 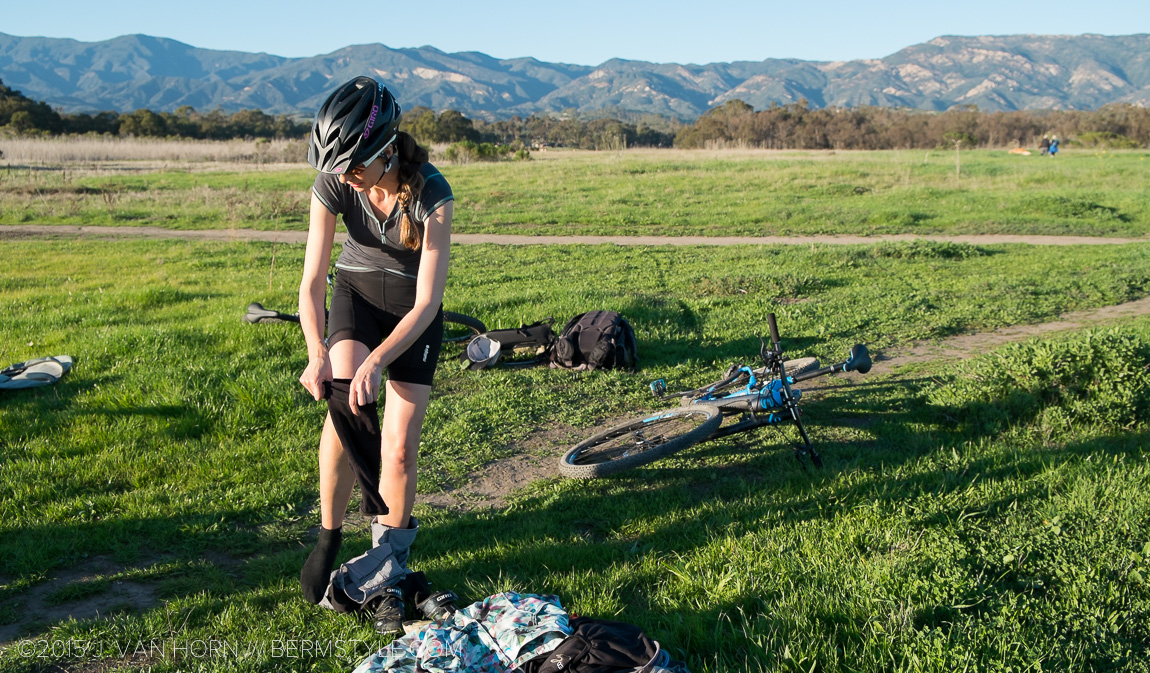 As the resident fashionista, when it came time for photoshoots, Inga had a number of kits at the ready and was busting out costume changes like Madonna.

In the end though, we had clear and distinct biases, though we had fun riding all of them. What were our favorite rides? Ironically, they weren’t the ones we were the fastest on. Here’s a clue: they had 650b wheels. We’ll be posting more on our favorite, but to see what the crew thought, the general consensus and the reviews, check out Enduro-MTB.com