Cyclists don’t ask much of a floor pump. We just need them to work: smoothly, quickly, every time; hopefully for years. During my retail bike shop days, only the best pumps would survive being put to regular use- especially if the customers would be using the pumps. And if a pump was being used for an event with casual weekend cyclists, it was impressive if the pump would survive the entire day. Before the days of the smart heads, it was amazing the different ways clueless users would try to mount up a pump head.

When a package containing floor pumps from foreign manufacturer Birzman showed up at the door, it was through this lens I viewed the latest acquisitions. Birzman is a tool company looking to break into the US market and sent two of their models, the Zacoo Maha III and Zacoo Maha IV for us to check out. 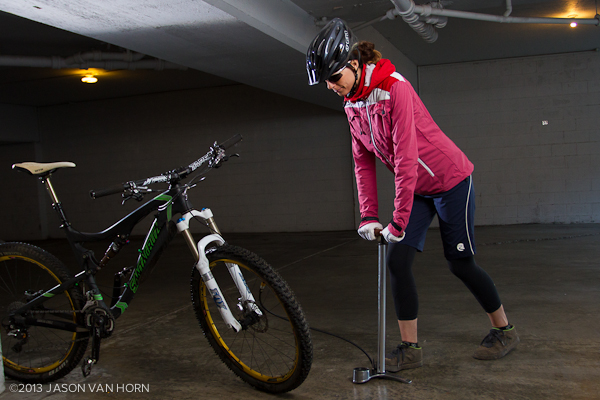 The Birzman Maha III floor pump in action, as modeled by our very own Inga Beck

Pumps on the market generally use one of two types of heads. Birzman pumps feature a new innovative design unlike any of the pumps we’ve used to date. Most pump heads use expanding rubber grommets to engage the valve, which can blow off when not fully engaged; especially when attempting to reach high pressures. Birzman’s unique Snap-It valve was designed to circumvent this issue. To make it work, one simply slides the pump head over the valve, slide it forward and thread it on slightly. When finished, one simply slides the head back and the pump is released instantly. 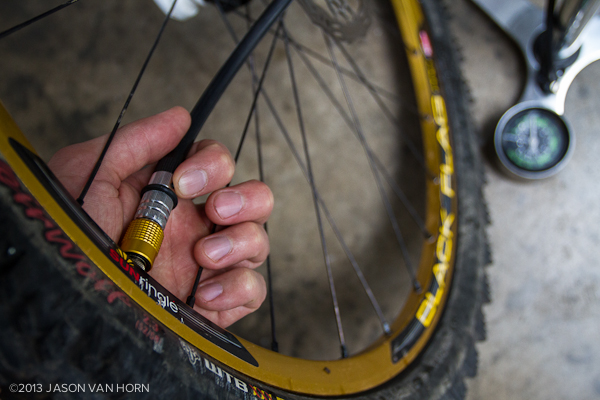 Putting the Maha on a presta valve

The Zacoo Maha pumps look nicely put together and include all the features one has come to expect in a quality floor pump: a comfortable wooden handle, a solid base to work off of, and a pressure gauge. The main difference between the Maha IV and III models we have is the base and gauge. The Maha III features an alloy base and is rated for 220 psi, while the the Maha IV had a presumably less durable resin base. Between the two, we were surprised to find we preferred the “lower-end” version, mainly because of the gauge. Although it was only rated for 160 psi max, reading the pump was much easier than with the Maha III. Although the Maha III model can feasibly also air a rear shock, (we haven’t tried it yet) if you’re looking to consistently air tubeless tires to say, 28 psi or something, you’ll have to settle for “close-enough” or check with an aftermarket tire gauge.

In practice, we found the pump head to work quite well. Although it wasn’t intuitive at first to some of our newbies that tried it, we brought it out to air tires for an event last weekend and most took to it quickly. Although only time will tell how durable the head is, a closer look shows the presta head is end user serviceable, and the o-rings look to be of standard diameters that can likely be repaired using parts sourced at a hardware store. Because it doesn’t use a rubber piece that is compressed to create a seal, it’s likely to last considerably longer before it will need to be serviced. 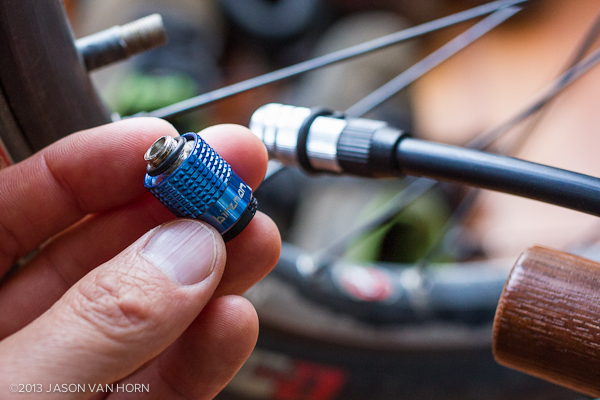 This weekend I spent some time swapping tires on a number of bikes in the quiver, and used the Schrader attachment for the first time. To use the Schrader attachment, one unthreads the Presta piece, then threads the head on similar to a shock pump. Since misplacing this piece is likely the first thing I’ll do, I was glad to see the pump has a built in tray to hold it. As a bonus, the pump also includes a needle attachment suitable for use with basketballs or soccer balls and an attachment that looks like it would work with inflatable exercise balls and mattresses, making the pump a bit more versatile. Since just about everyone I know loses the needles needed to pump up balls, this is a nice and welcome feature.

While we wished the hose was a bit longer, (it wasn’t quite long enough to reach both tires when the bike was in the stand) in use the pump is more than competent, has a nice feel to the wood handle and get tires filled fairly quickly.  <UPDATE: We’re told that the next production run of the pumps have resolved that issue, with longer reach hoses> I’m setting up some tubeless tires later this week, which will an interesting test to see if it pushes more air than my Specialed or Park pumps. 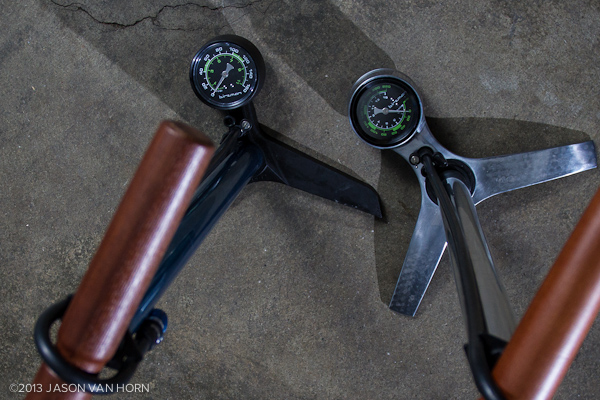 Only time will tell how the pump holds up under use, but if the rest of the Birzman product line is as well thought out as their floor pump, we’re looking forward to them being available in the states. The Zacoo Maha models should be showing up in local shops later in the year, and will retail starting at about $54. 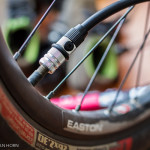 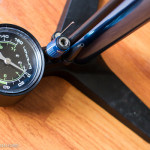 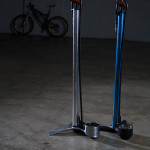