The game changing upgrade to my first full suspension mountain bike back in the day was an heavy duty Answer DH riser bar. It was ages ago and I don’t recall the year, but upon installing the bar, I promptly cut it down to about 26″ or 27″ inches. Back then I was a very different rider, taking a break from college and putting bikes together in the first bike shop I ever worked at.  I learned the ropes from the other guys I worked with, who were coincidentally all roadies that didn’t ride off road much. Although my set up then isn’t anything like what I run now, upgrading to a wider bar (the XC flat bar I had before was ridiculously narrow) with some rise resulted in a big jump in my progression as a rider.

Fast forward years later, and I’m about to install my first carbon Answer handlebar. Quite a bit has changed since then- the bike it’s going on weighs about the same as the Y-22 I was riding back then, and has just a bit more travel. However, my Blur TRc shreds circles over the v-brake equipped Trek I was riding back in the day. And this time around, my new bar is as carbon as my frame, and at least four inches wider.

The ProTaper Carbon 780 comes out of the box at 780mm wide— this bar isn’t fooling around. I was previously running a Shimano Tharis Carbon Pro Bar, but with a 28″ width, they aren’t quite as wide as I prefer for agressive riding. My ride— the Santa Cruz Blur TRc— isn’t your typical 5″ travel trail bike, as it performs best when pushed hard; there is a reason riders with advanced skills gravitate to it. After experimenting with a number of different widths, I’ve settled into what I like riding on my bikes. 28″ bars are as narrow as I prefer to go on my dirt jump bike, BMX, and hard tail trail bikes. For serious trail riding I’ve settled on 29.5″ as being the magic width that does it for me. Any more and things get a bit excessive, but damn if it just doesn’t feel dialed shredding at speed. Unfortunately the industry hasn’t really stepped up to offer wider bars rated for all mountain use, so in order to get the width I wanted, I was forced to step up back to a DH bar. 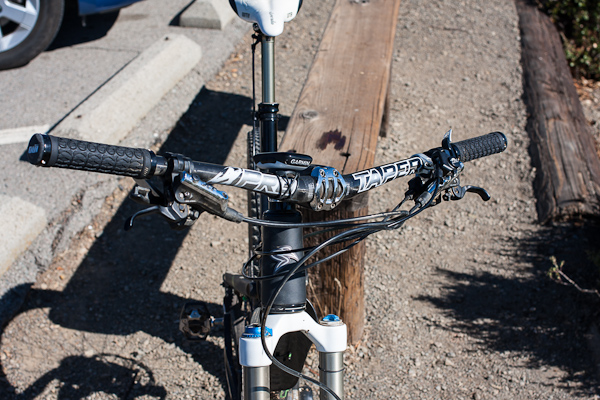 The sweep on the ProTaper feels a bit different than my other bars. It’s not a lot, but it takes me a minute or two to grow accustomed to it when changing between bars/bikes. I’ve grown accustomed to a 9º sweep with 5º found on Easton bars. The ProTaper offers a degree less in both directions with 8º and 4º. It’s not that significant, but on bars with a longer reach, that one degree is exaggerated a bit. The Shimano bar I was running has the same specs, but the wider Answer bar feels slightly different. I’m also running the low 12.7mm rise version of the bar, which made set up a bit more interesting than usual— I must have adjusted the angle of the bar four or five times during my first ride with them before I found the angle that felt the best to me.

Many riders cut their bars down for squeezing through tight spaces; that’s all fine and dandy, but we don’t set our bikes up for riding one type of trail. Once you’ve become accustomed to the control provided by 29.5″ of leverage, I don’t see any reason to go back. Like learning to parallel park your car, you become accustomed to the size with a bit of time, and learn quickly to judge clearances in tight situations. (If you aren’t capable of moving the bike around underneath you to dodge the occasional branch, there’s no better time to start practicing than now- but maybe invest in some of these gloves first) The bottom line is that you get used to what you have, and wide bars are tons of fun when you know how to use ’em.

With the bar end plugs on my lock-on grips the bars are actually measuring in at almost a full 30″ end to end. Turns out I like 30″ bars more than I previously thought. Although I liked the feel, it also meant that the bars on my other bikes felt short, so I’ve swapped grips to keep the widths consistent.

Other than the large, prominent and obnoxious logo placement on the bars, I’m digging the set up of my TRc with the Carbon 780s. I’ve since swapped out the Carbon Pro Tharsis stem for a stiffer Thomson model, as the additional width and stiffness of the 780 made the carbon stem feel noticeably flexy. (it will soon find a home on a new carbon 29er build I’m working on) If you can dig the sweep of the bars, they’re stiff, solid and light for their class. Like other carbon components, I’d recommend replacing them in the event of a crash that scratches them up badly, but I’d be confident running them for more than a season of abusive riding. If cost wasn’t an issue and I had two more, I’d rock them on my DH bike and all mountain bike as well. 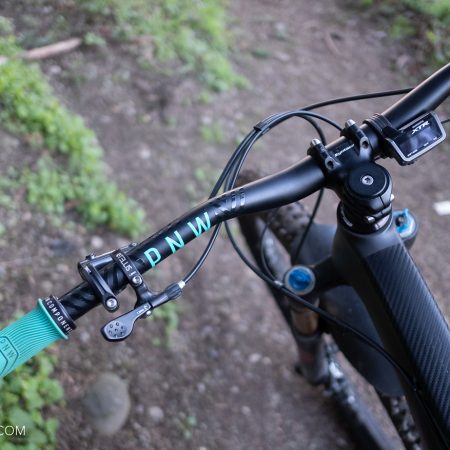 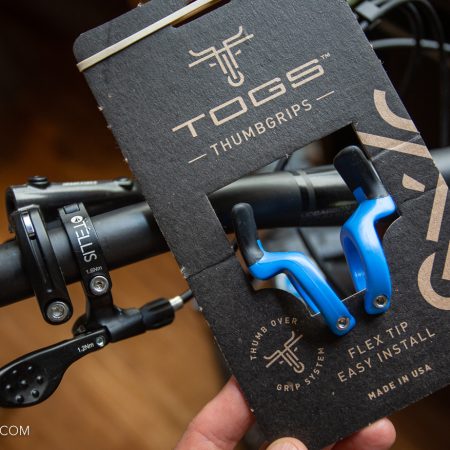 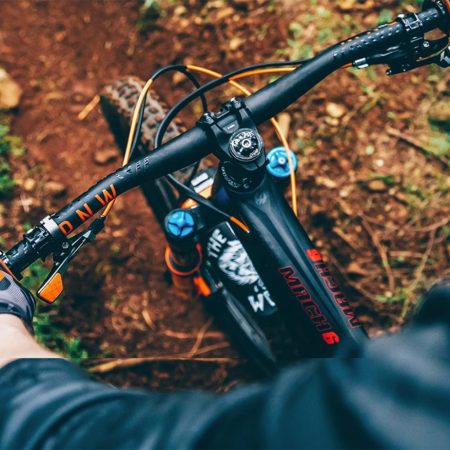 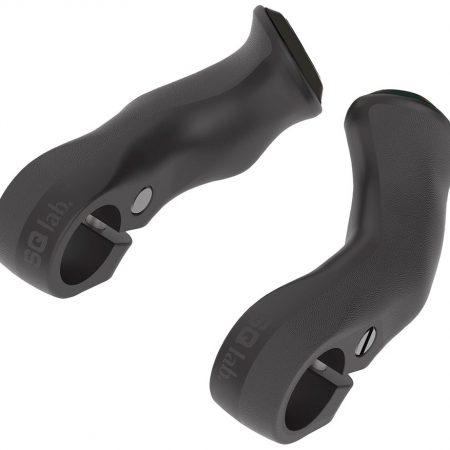