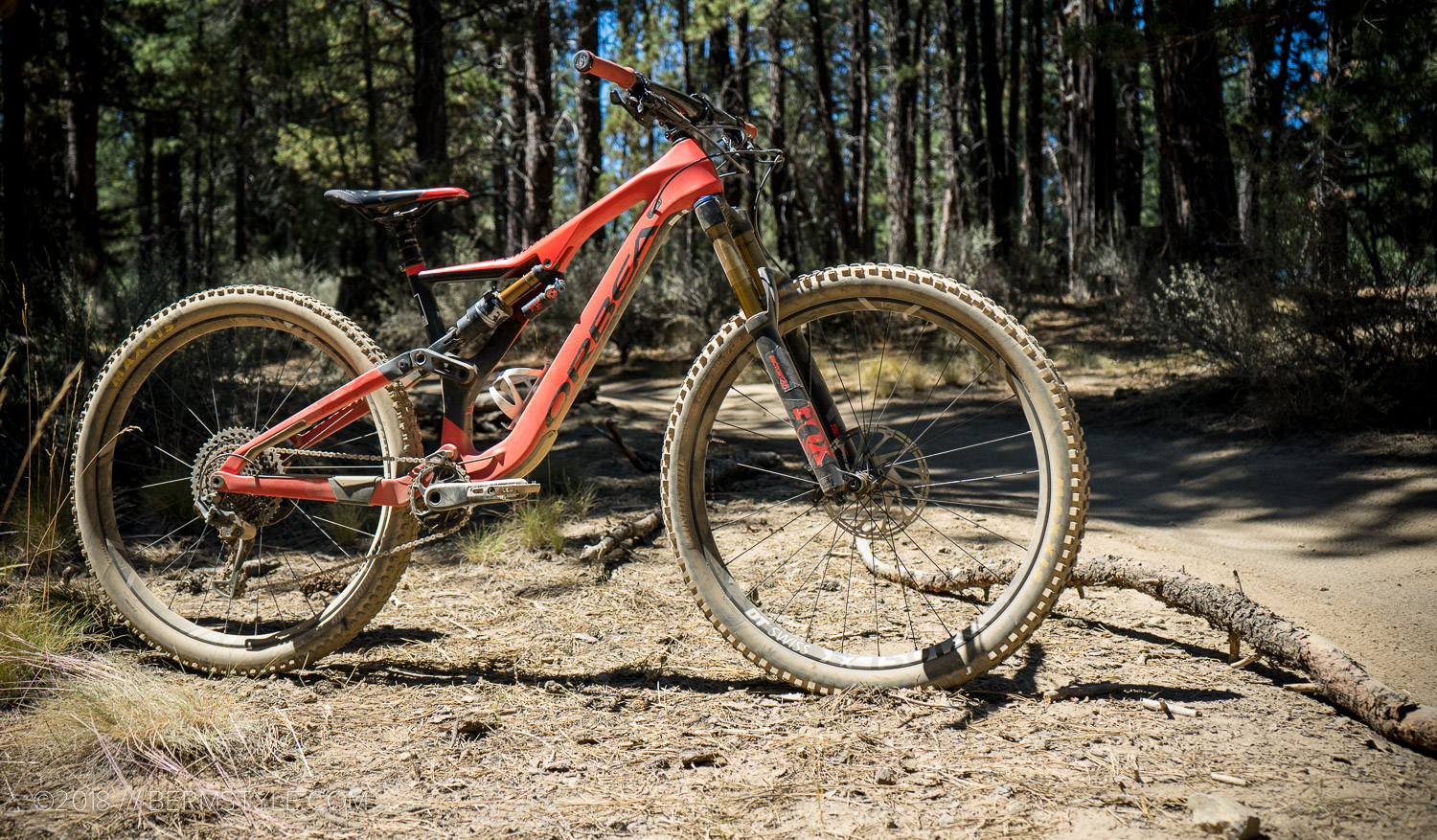 The Orbea Rallon has been on my short list of 29″ trail smashing enduro rigs for some time. Blending downhill prowess with more than acceptable climbing chops, the Rallon fits into the magical one bike category — provided your dream bike blends DH capability with the capacity for all day rides.

I’ve been waiting for an opportunity to throw a leg over a Rallon and when it recently presented itself in the form of a demo at the Phil’s Trails in Bend, I managed to get one dirty(er). 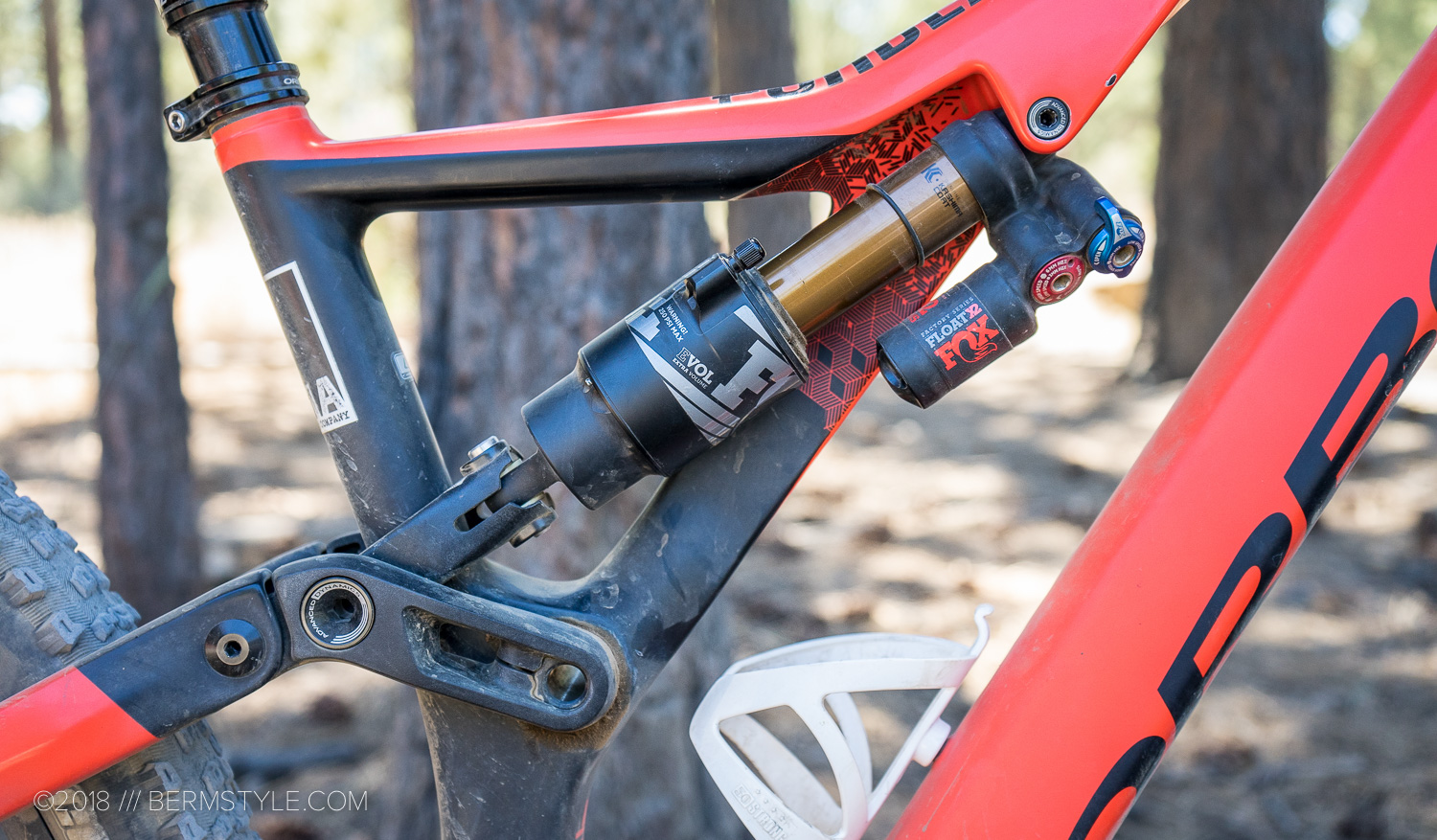 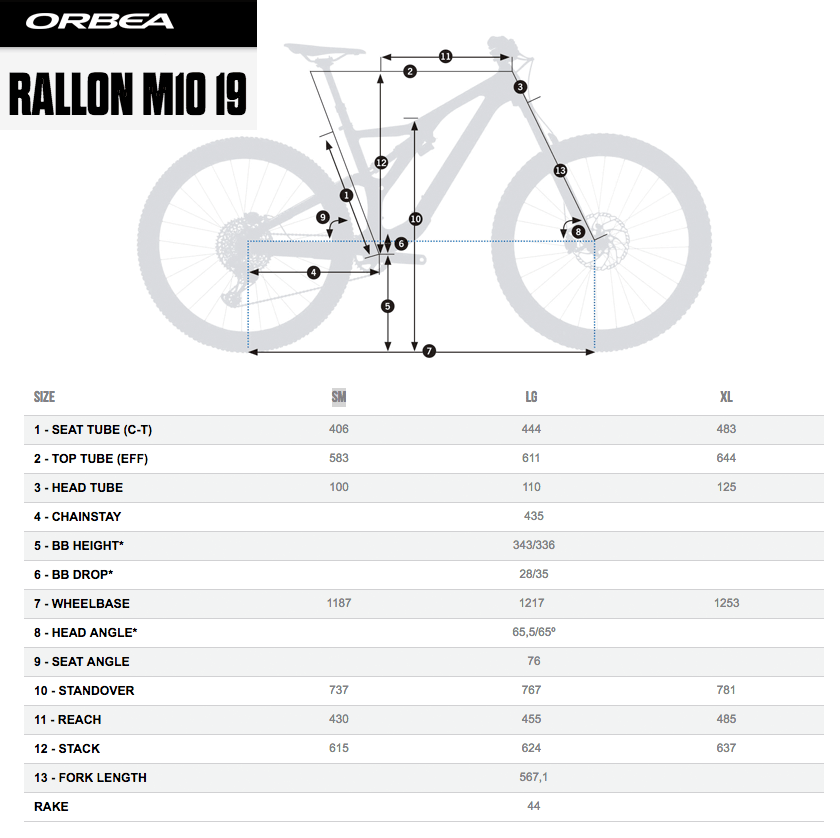 Long and low geo is paired with adjustable geometry, long wheel base with a 76º seat angle, resulting in descending prowess and a solid position for climbing. 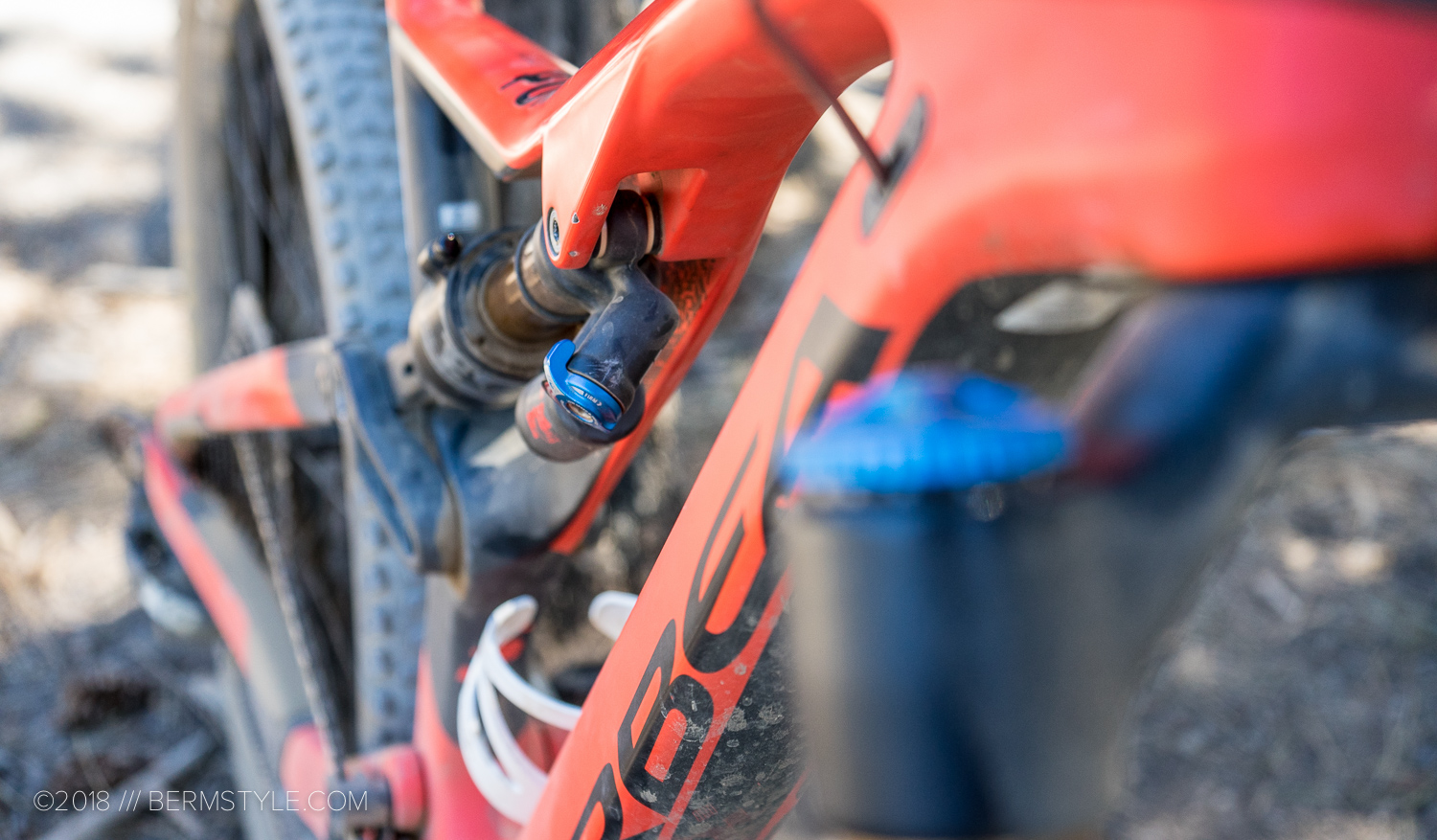 At first glance, the Rallon’s looks are reminiscent of the Specialized Enduro, with similar mounting points for the swing link. Until you notice the asymmetric offset location of the rear shock and the concentric rear axle. Orbea claims the offset shock adds stiffness and lowers the weight but it also provides easy access to the rear shock, facilitating adjustments. As big fans of being able to tote water bottles on the bike, it also provides clearance for a 50ml bottle and easy access on the left. 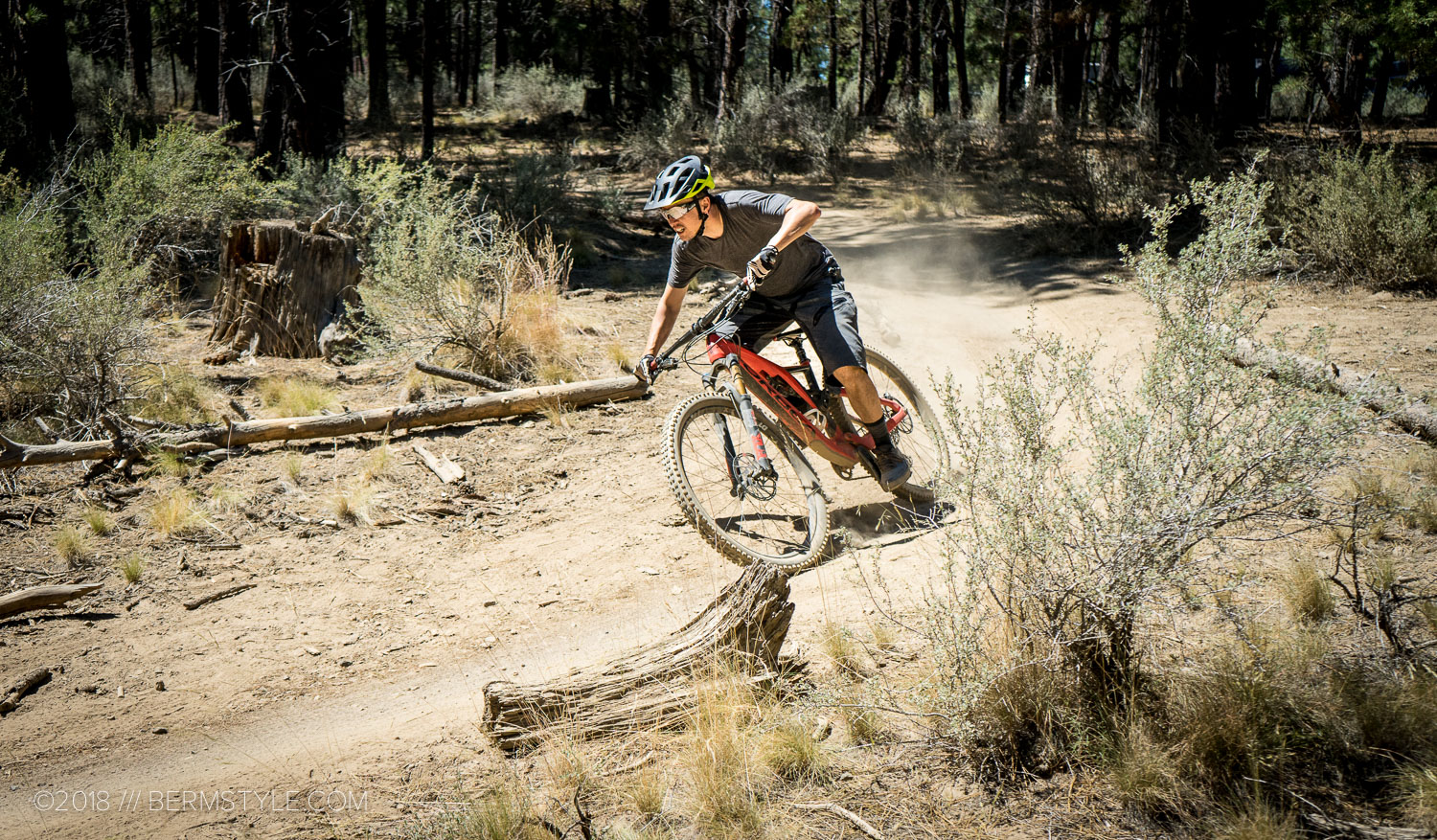 If you haven’t bought a bike for a few years, an extended test ride or demo is your best best for determining the best size bike for you. The goal would be to ride the demo long enough to get over irrelevant factors like how it brakes, shifts or even a mediocre suspension setup to get into the meat of it: how does it ride.

In the past I would just choose a medium size frame and be done with sizing. However, these days bikes are sized via the reach metric and from riding a number of the latest crop of bikes, I find myself happiest on mountain bikes with a reach in the realm of 435-460mm, depending on the application/riding style intended.

Admittedly, this is a sizable range, and I have a lot more test riding to do before dialing in my exact preferences. It will also depend on whether or not you prefer your bikes to be more nimble in the air vs stability at speed. My main trail bike — a Transition Sentinel — features a reach of 450mm and that put me solidly into the size large Rallon which features a reach of 455mm. 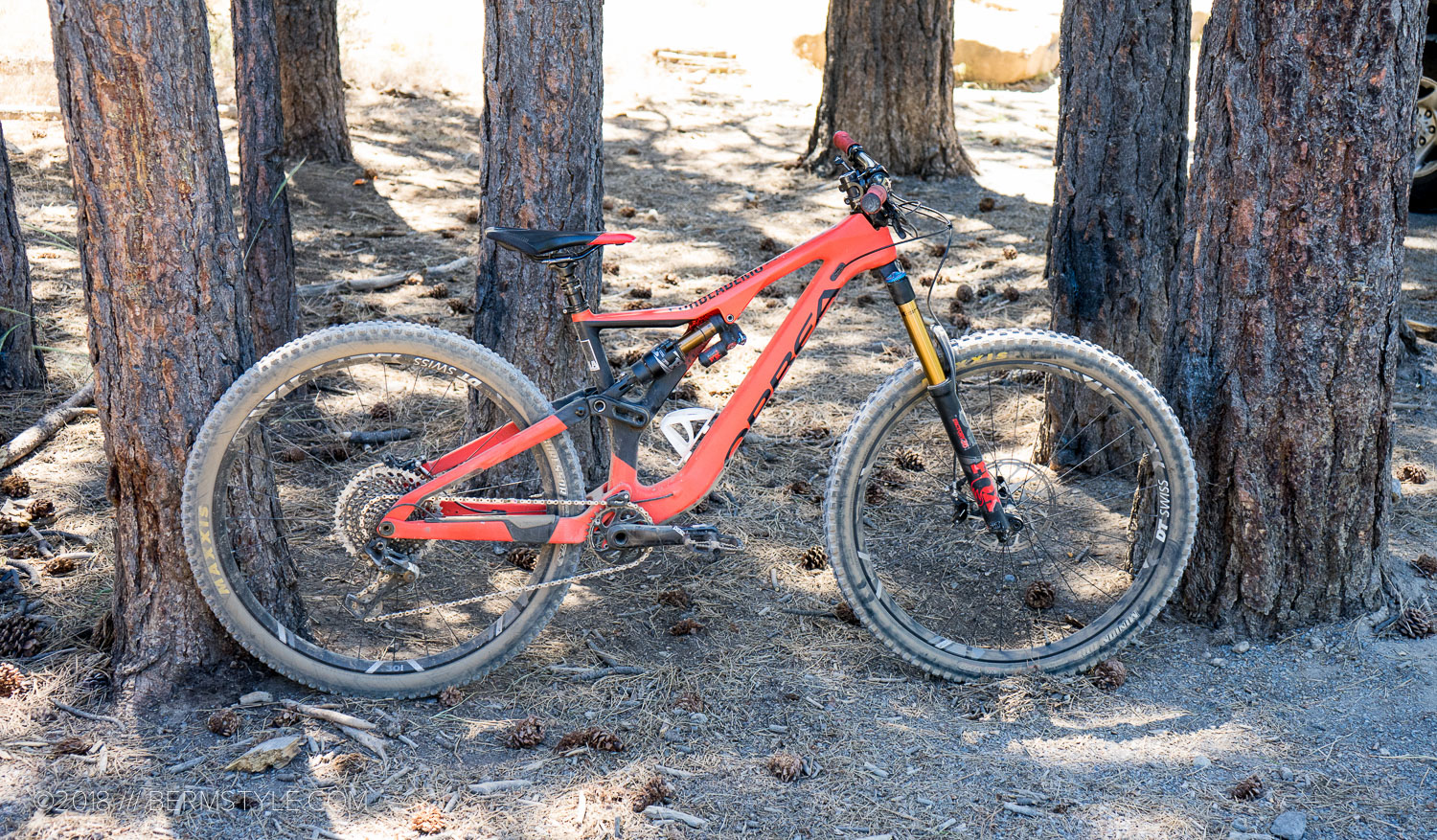 The size medium has a reach of 430mm. It’s still longer than my medium Santa Cruz Nomad which is a generation old now. However, having spent time on a longer bike, the 455mm reach of the large felt spot on. (I’m 5’10” with a 31.5″ inseam)

I’ve been riding a long travel 29er in the enduro class bike so the Rallon was unsurprisingly easy to get used to and I felt right at home. As a demo, the bike I was on was in need of a bit of maintenance, and the cockpit controls needed adjustments before hitting the trail. Looking past minor niggles that don’t actually effect the handling, I charged out to bang some turns and boost some jumps.

The Rallon has a lot of travel for Phills Trails, but I was impressed at how it pedaled for a bike of its class. Coming off a Transition Sentinel, the rear travel felt similar in terms of pedaling. 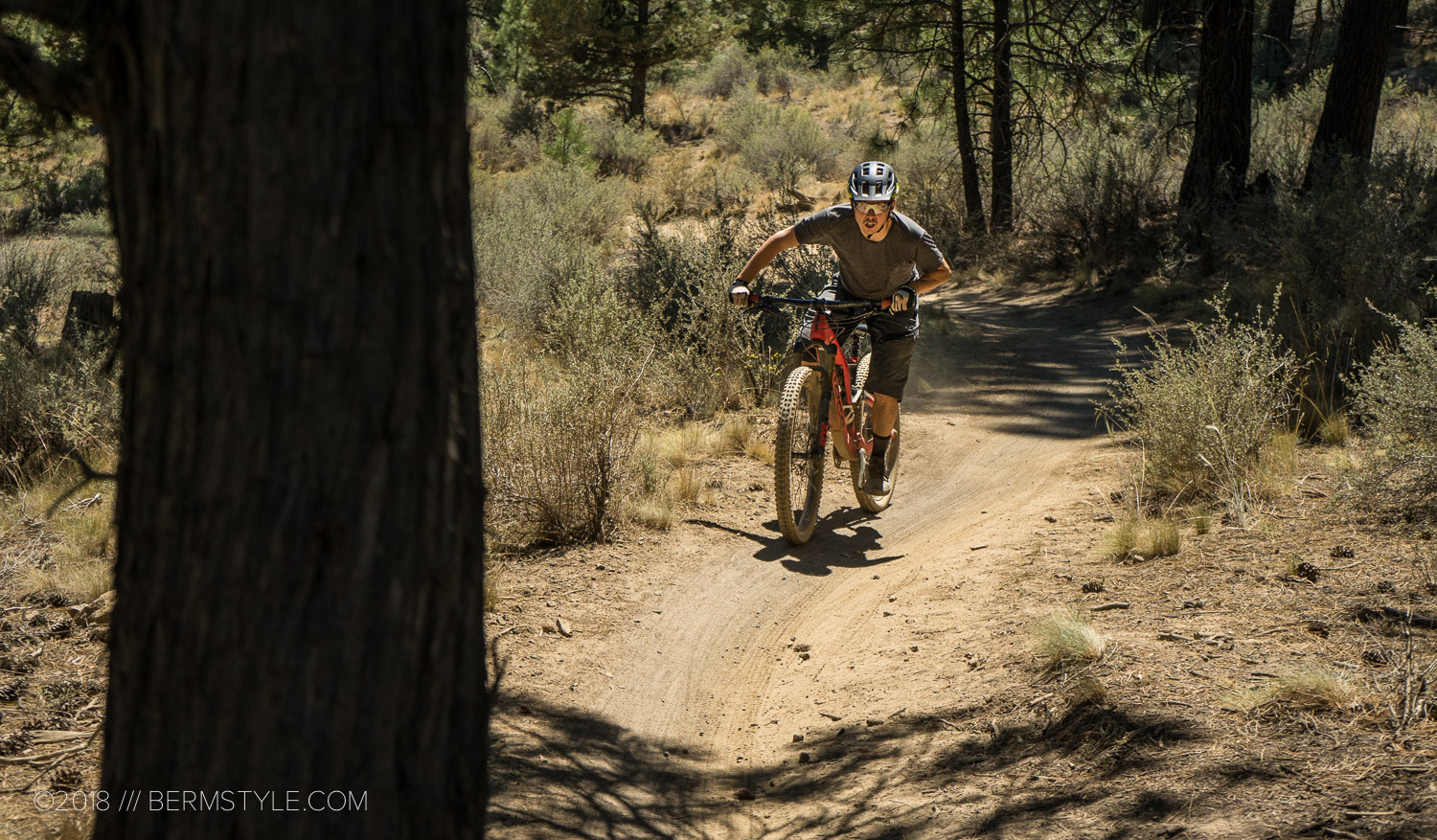 In fact, the large felt so good that I pedaled in the direction of the dirt jump line. By the time I reached the starting mound I felt at home enough to slam the saddle and run through the jumps a few times by way of warming up.

I’m used to this class of bike and drifting some loose turns, I felt right at home on the bike, even without spending time dialing in the shock tune. In terms of handling, the Rallon fills that enduro sweet spot – you won’t be knocking out Strava bests on the climbs but the only thing holding back PRs on the descents is the rider.

Would I chose this bike over the Sentinel if I had to chose all over again? That’s a tough one; they’ve both super fun, ripping bikes in the same category and share a lot of handling traits. For potential buyers would likely come down to value and price and the relationship with their local shop.