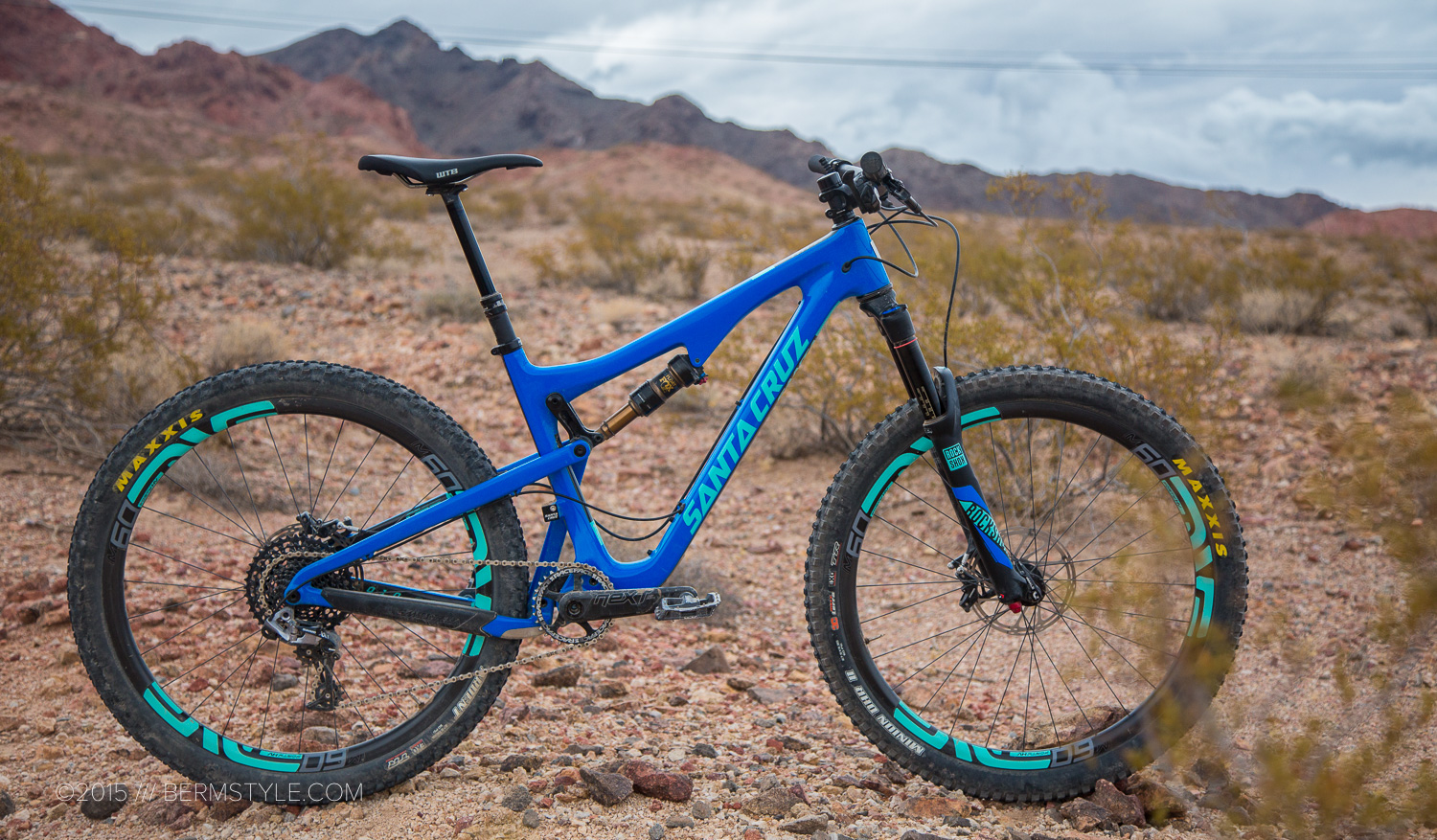 It was probably sometime last year when I was pedaling up the fire road climb in Santa Cruz’s Demonstration Forest next to Don, a marketing manager at Santa Cruz Bicycles. We were both astride our 650b Carbon Nomads when I mentioned the wishlist for my next bike.

Citing my fondness for my former ride— a Santa Cruz TRc, which sizing issues aside, was one of the sweetest trail bikes I’ve owned — I read off the check list of what I wanted in a short travel trail bike: short chain stays, threaded bottom bracket, 66-67º head angle, adequately long reach and a steep seat tube angle like the Nomad. “Basically,” I said, “I want a short travel Nomad. You guys need to make a version of the 5010 a “Nomad-lite”.

Don laughed with a kind of look on his face that hinted he knew something. Certainly a lot more than he was letting on. 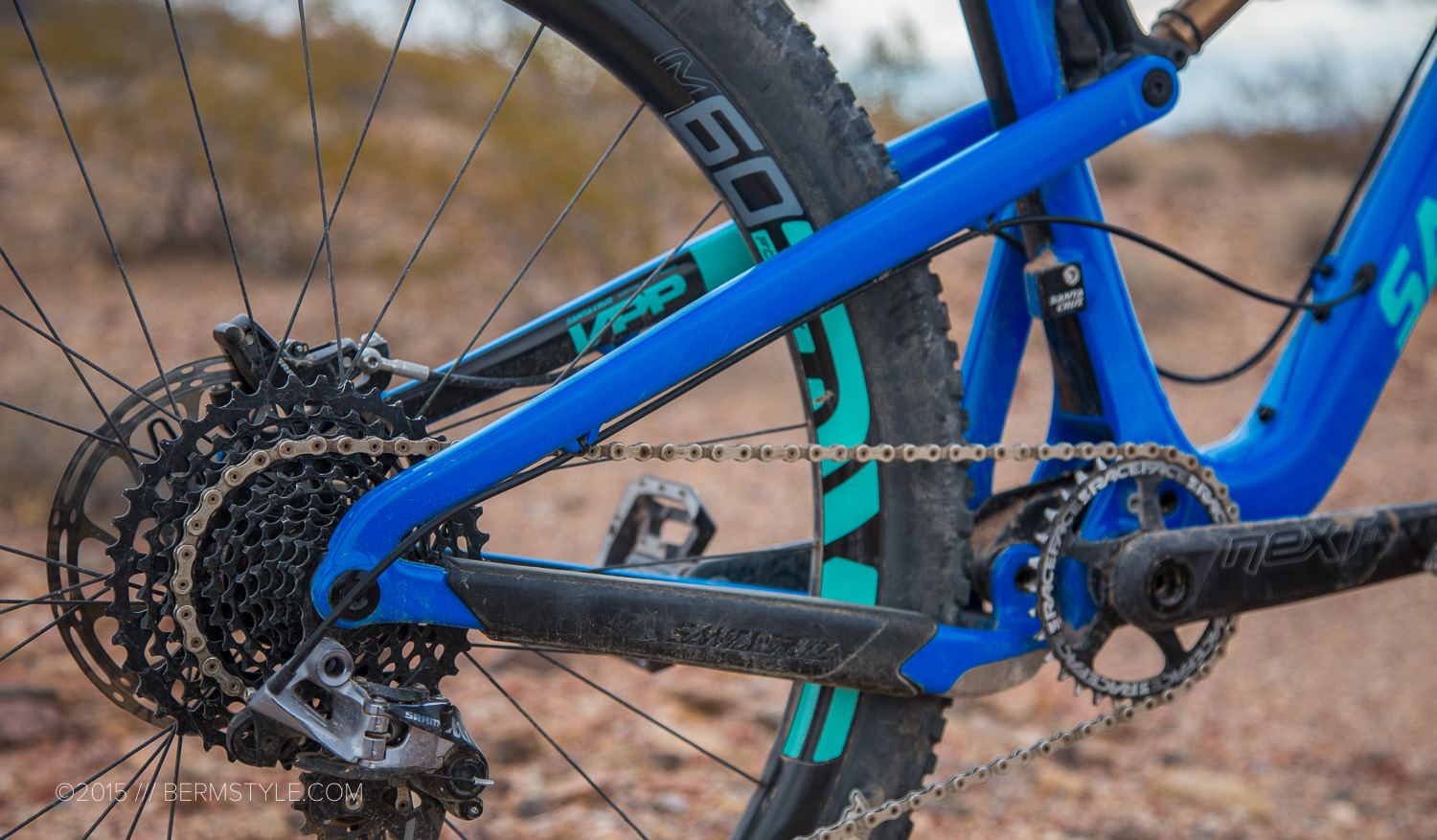 He so did. Last week Santa Cruz finally let the out with the launch of the new 2016 Bronson and 5010 models. Inga immediately was enamored with the new pink model, making plans immediately to sell anything and everything she’d need to finance the purchase of her new ride. I couldn’t blame her: just looking at the numbers, the 5010 went straight to the top of the short list of future bikes to own. 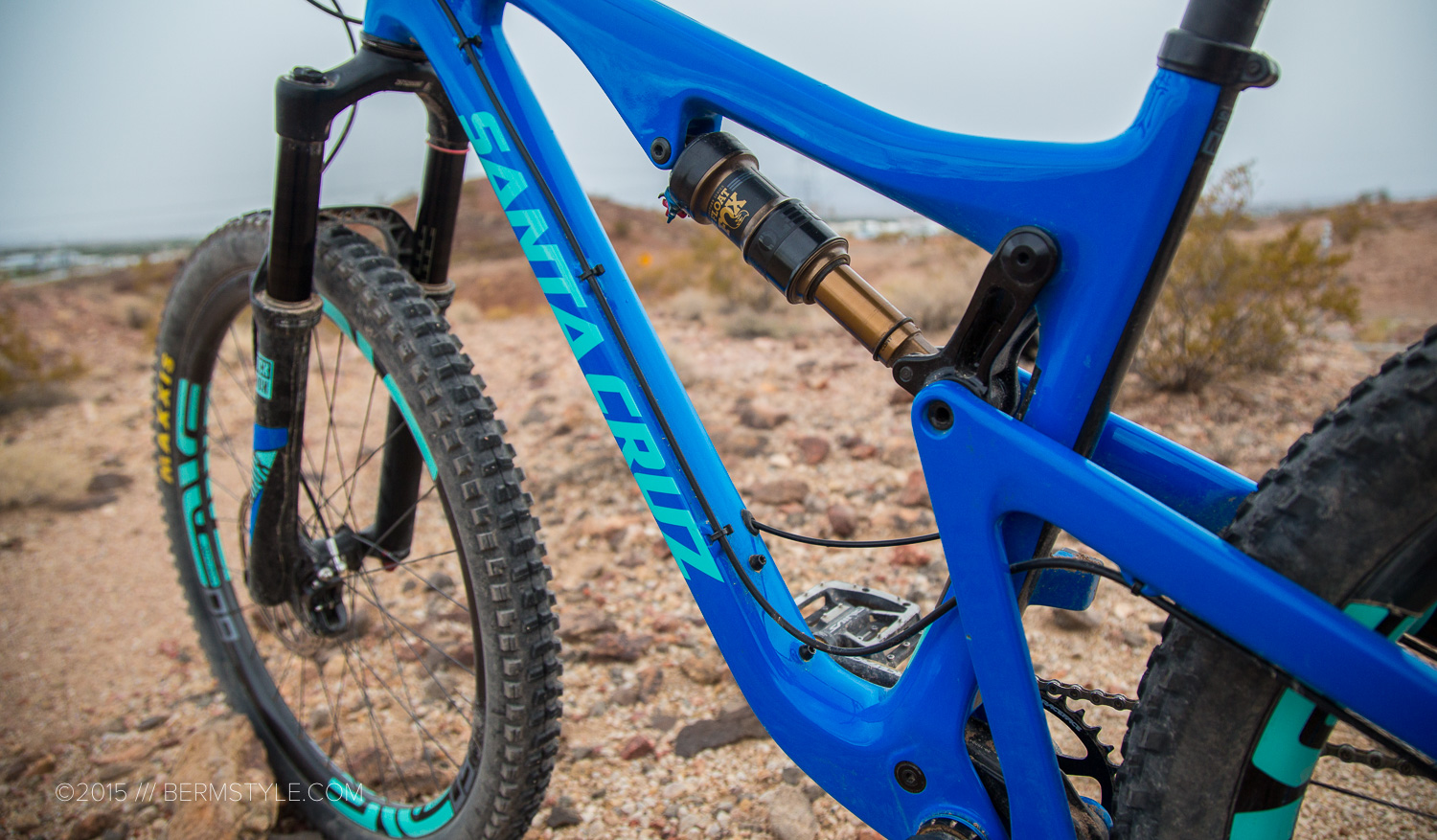 Top-tube-mounted, box-section upper link like its big brothers the Nomad and Bronson.

There was seemingly a downside though. In order to shorten the chain stays like the Nomad and retain front derailleur compatibility, (unlike the Nomad, which is 1x specific with no provisions for a front derailleur) Santa Cruz made the decision to use the new Boost 148 rear hub spacing. 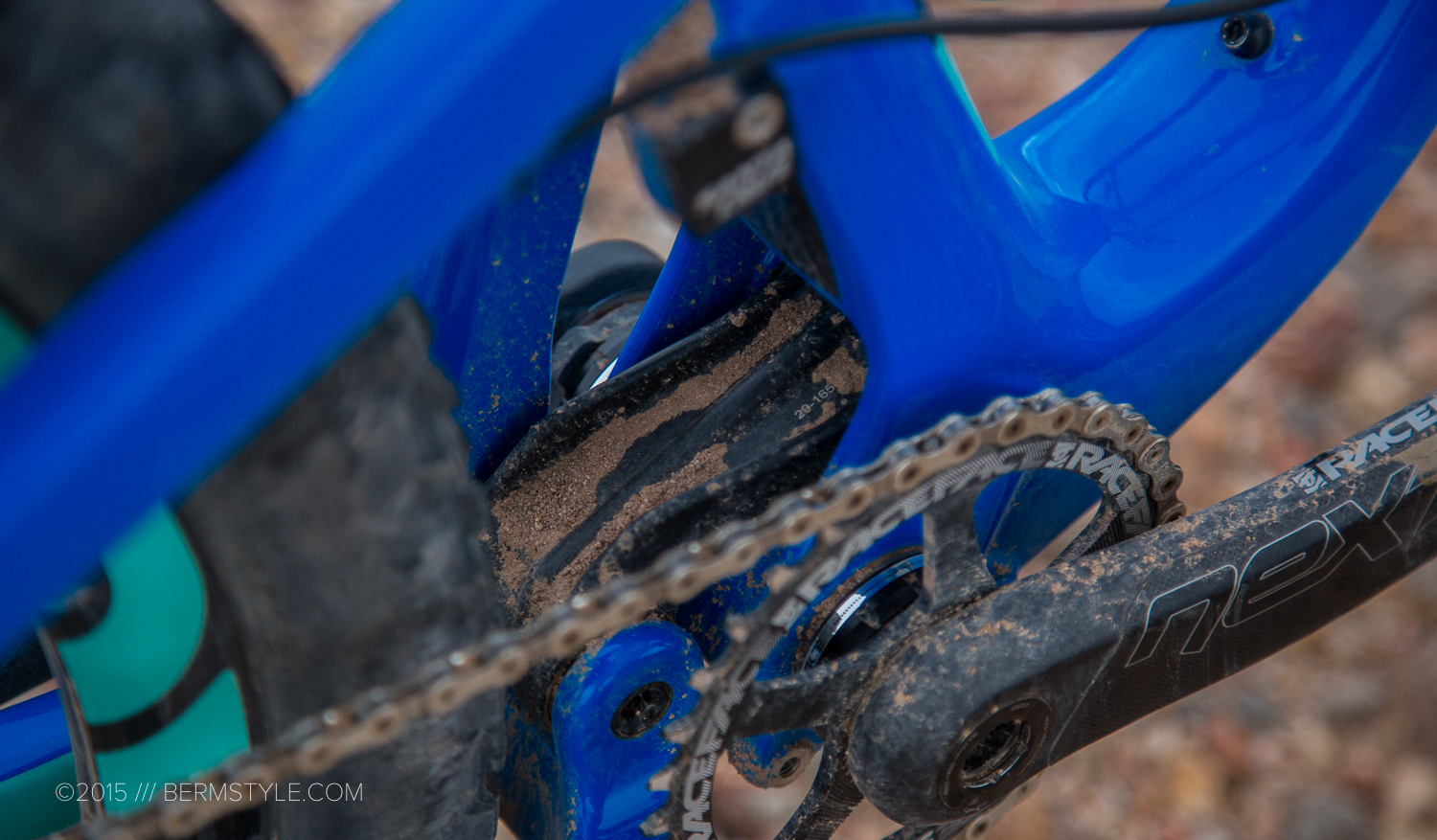 The lower link has been tucked up into the frame, but as others have already pointed out, it could be a spot that could potentially collect mud n’ stuff.

If you’re not already familiar with Boost 148, in a nutshell, some folks at Trek and SRAM decided that widening hub flanges and adding to the rear hub width was the solution to make a stiffer rear wheel for 29″ and now 27.5+ applications. You might think, “hey cool, seems like a good idea,” but unlike the shift from 135mm to 142mm, your existing hub can’t be adapted to the new standard. And although there is an existing hub that already measured out a 150mm spacing, this new hub standard would be 2mm less… just cause.

This means a new rear wheel or at the bare minimum, a new rear hub and spokes as well as a wheel build are required to run the new frames. And like it or loathe it, it appears like the industry will be switching over to the new size, similar to the shift to 650b/27″ from 26″. Along with many others, when first hearing about yet another new standard, a feeling of disgust was my initial reaction. 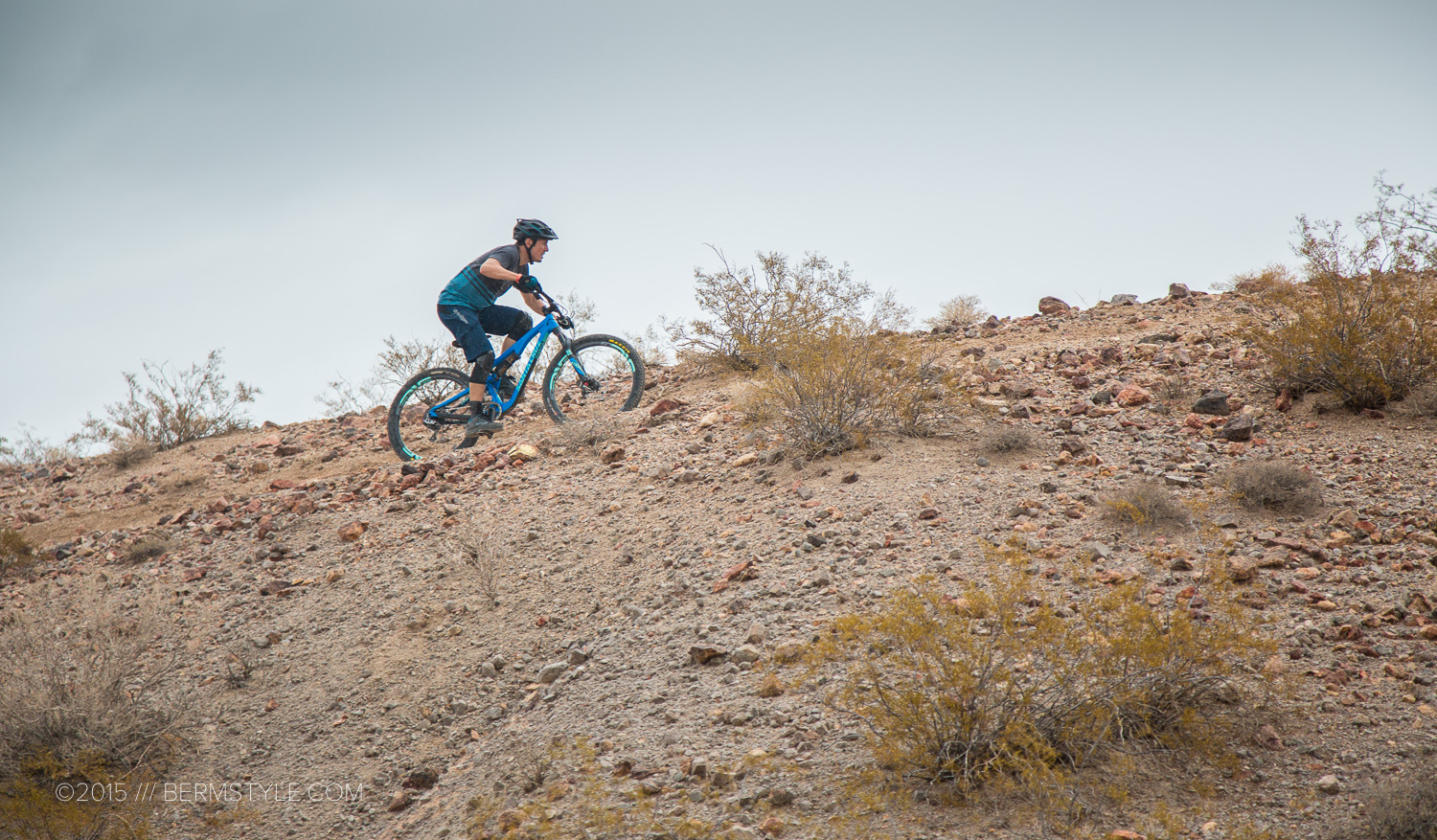 What really matters though is the 5010 is fun as hell, and ready for all day trail missions. And I already have a kit that matches the blue one.

However, this isn’t a post about the industry’s inability agree on one thing or get its shit together. Parts and logistics of frame swaps and upgrades aside, how does the new 5010 actually ride? 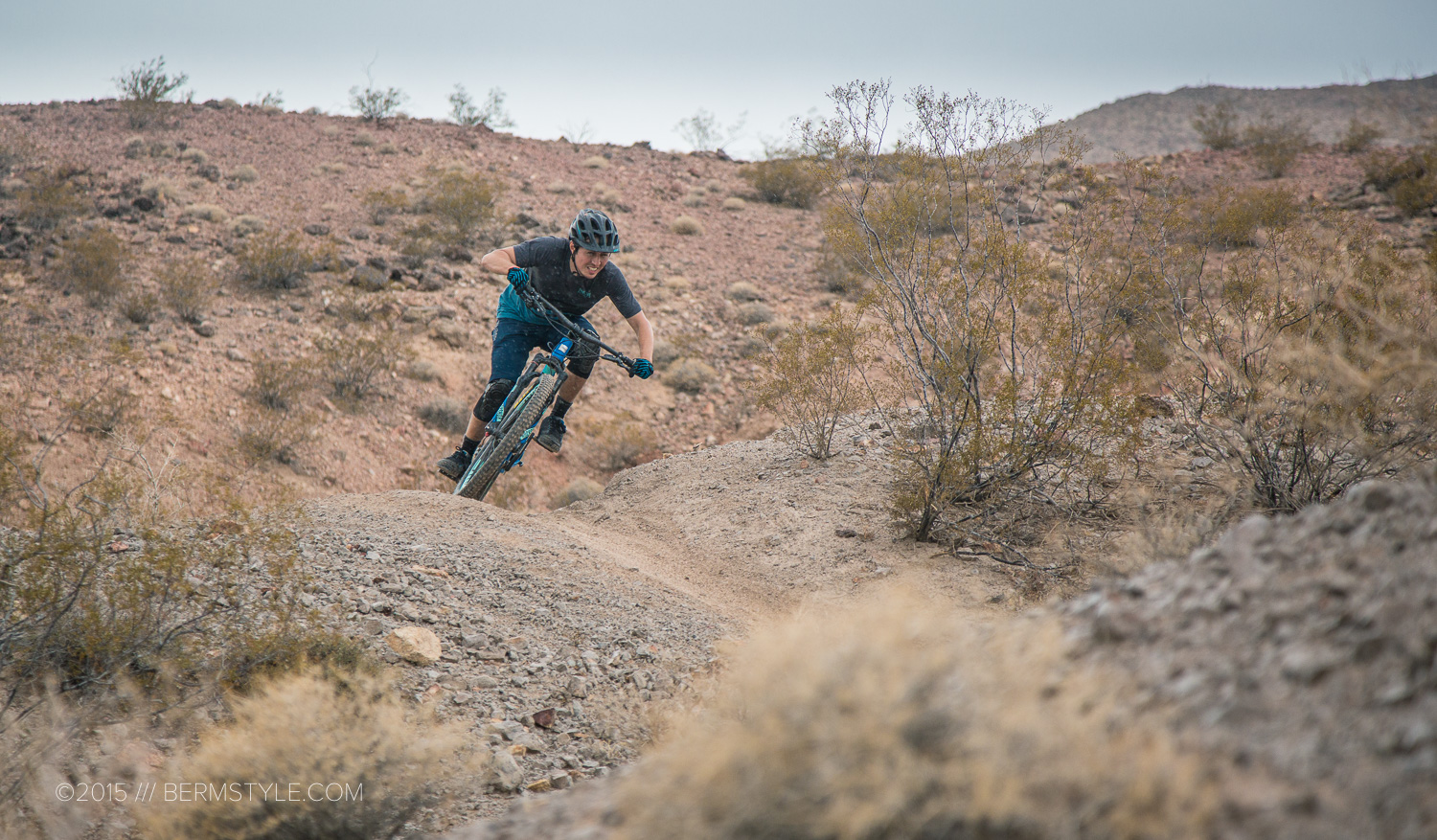 So yeah, it’s definitely the droids bike I’ve been looking for. On one hand, cranking around on a rocky XC trail for less than an hour isn’t enough to fully sus out the bike, but I can say this: having ridden and owned several iterations of the Blur TRc, Bronson and 26″ and 650b Nomads, it was like coming home. The fun feel of the TRc was back, but for the first time fit isn’t an issue. Even better, I had enough room on the frame to run a 7″ or maybe 8″ dropper post. (details on this TBA in a future post) 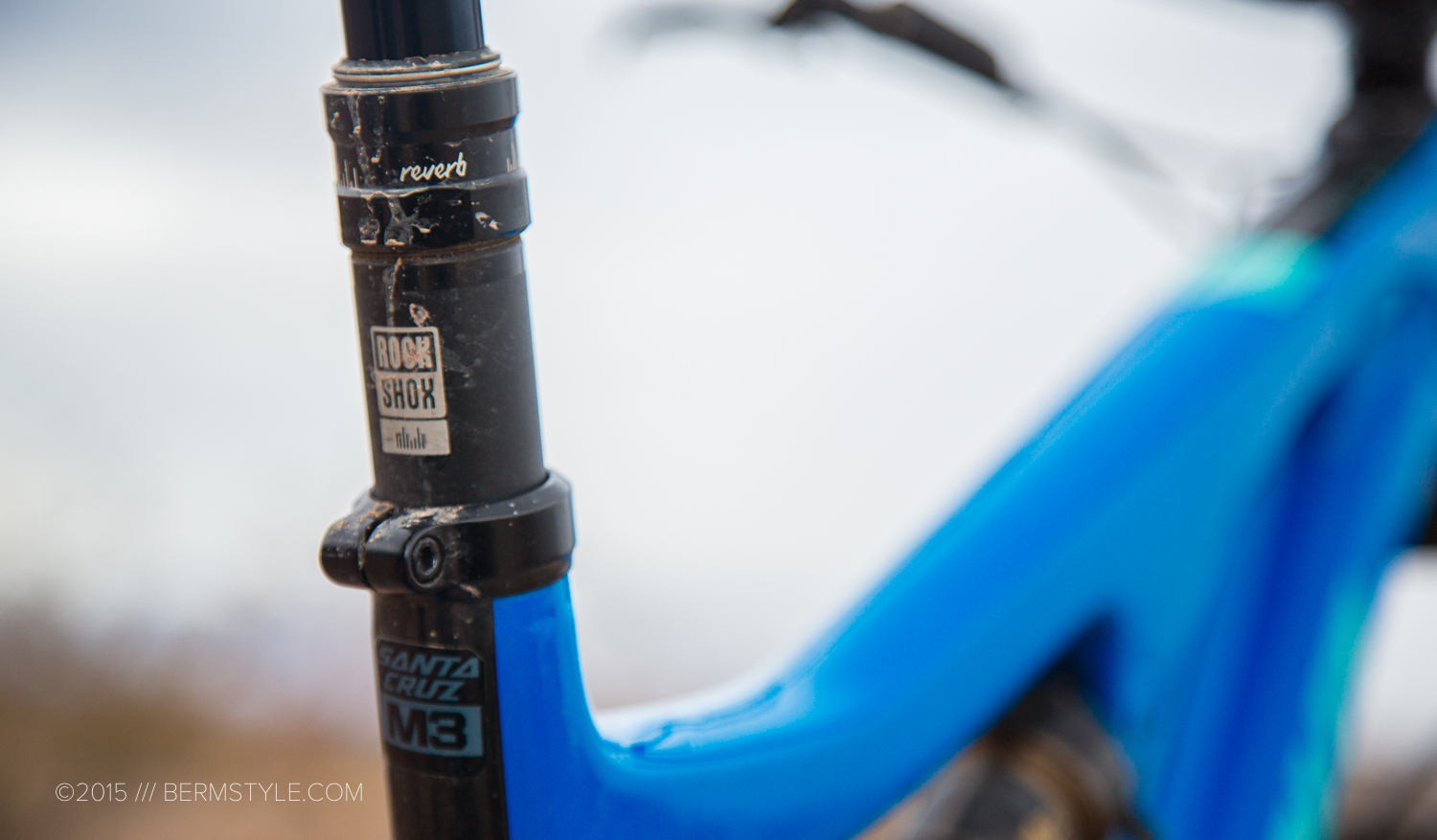 On a size medium, there’s plenty of post showing set at XC trail height, even with a 150mm/6″ dropper post.

The 5010 has the mini-Bromad feel, and for a bike with only 130mm of travel was confidence inspiring; like the TRc, it handles well enough you can easily push it past the limits of 2.1″ tires. The model I rode was spec’d with 2.35 Maxxis tires front and back, a solid choice for the often treacherous desert terrain found at Bootleg Canyon, and how most would set it up for aggro trail riding. 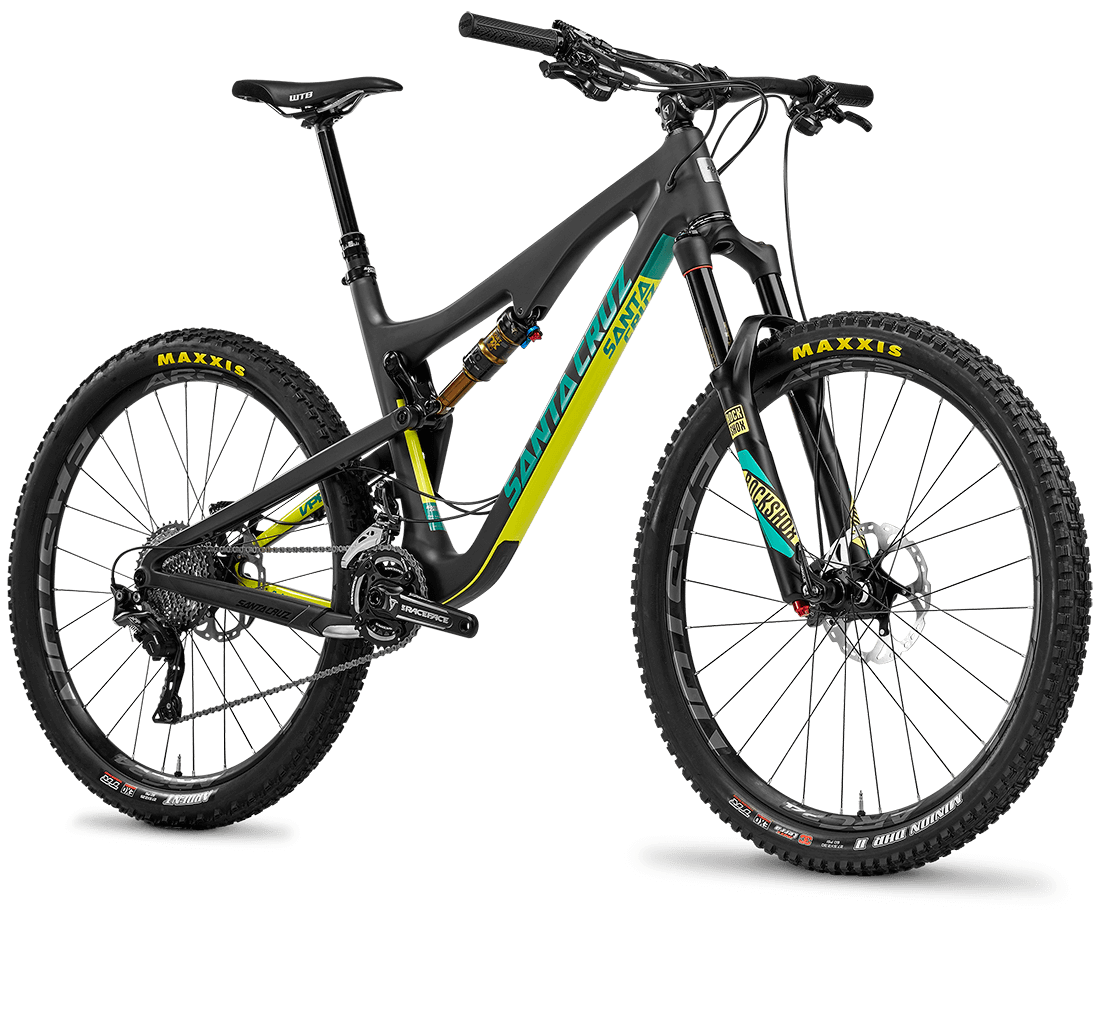 So is it the bike for everyone? I’d say it depends, but seeing how it would perfectly compliment my existing quiver of bikes, there’s a pretty good chance I’ll be selling blood so I can start throwing credit card numbers at Santa Cruz Bicycles in the near future. The hardest choice (although I do already have a matching kit to the blue colorway) is which color I’d choose. Like the rest of the line, the 5010 is available in Carbon CC or C options; pricing is currently not available on the Santa Cruz website.

Check out the new 5010 at SantaCruzBicycles.com