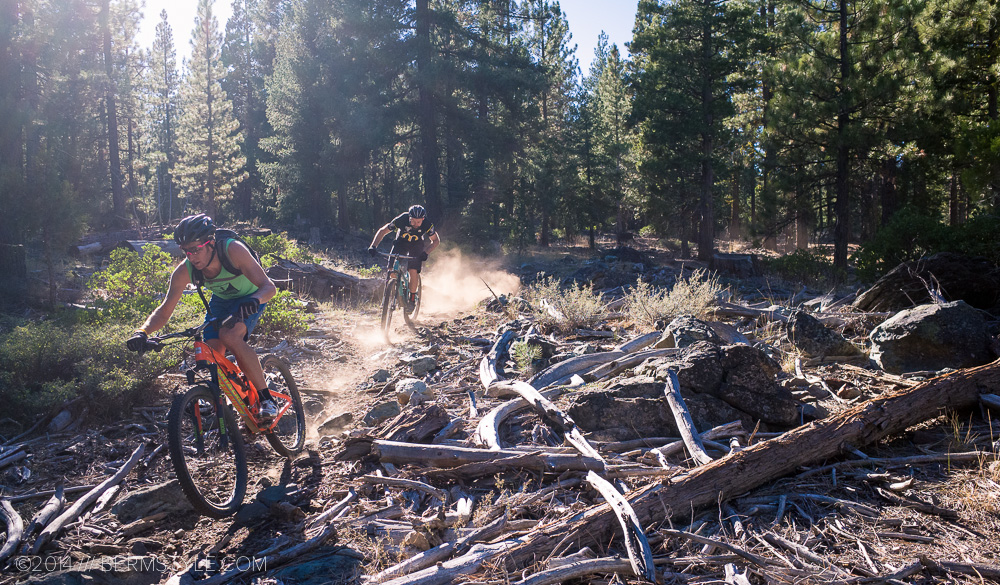 Riding sweet new trail is an amazing experience, especially when you find yourself stuck in somewhat of a rut. We’ve been on a mission of sorts to break out of our usual habits when it comes to riding this season, and have been seeking out new trail experiences for our weekend riding destinations.

Downieville is best known for the shuttle and descent down the Downieville Downhill. The route is fast and furious, dropping over 4,000 feet of elevation over 15 miles of trail with a variety of terrain; it’s a must-do for anyone calling themselves mountain bikers.

The downhill is so fun it is easy to forget there are miles of other amazing trails available, and this season we’ve been making an effort to sample them all. Earlier this year we checked off the Pauley Creek trail, (an alternate variation of the classic downhill that rejoins with Butcher Ranch) and rode the new line down Sunset, as well as the new Butcher single track. 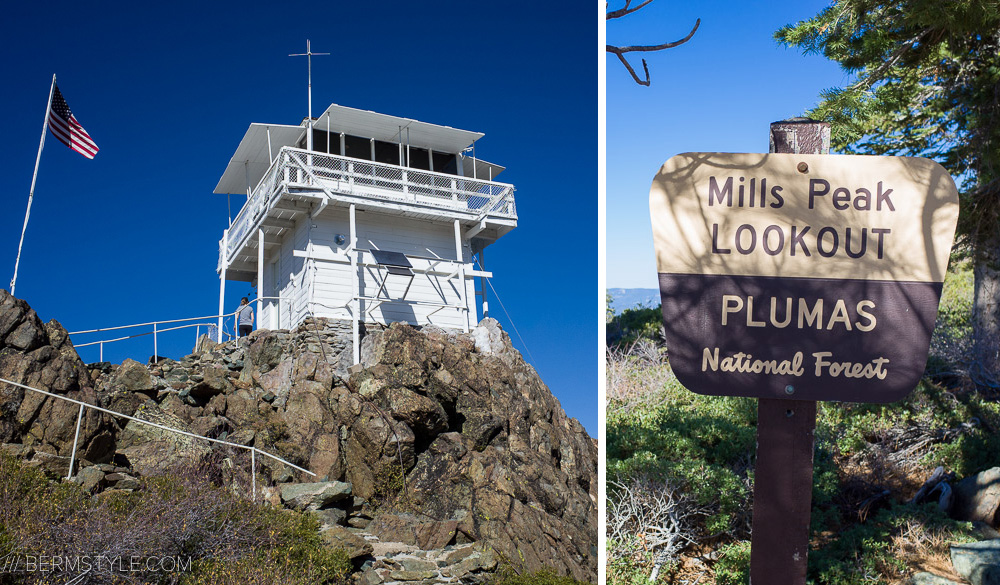 This awesome weekend was courtesy of a new friend, Quoc Phan, known locally as the proprietor of Tam Bikes in Mill Valley. We felt fortunate to join a great crew of folks for a weekend of riding and received some first class treatment and amazing times.

After a leisurely morning where no less than five pots of coffee were consumed along with a delicious breakfast, a run down Mills Peak was the first item of business.

Mills can be done as an out and back or a shuttle. As we had a few in our crew that willing to drive, we were dropped at the top and spent the next 8 miles covered in smiles. 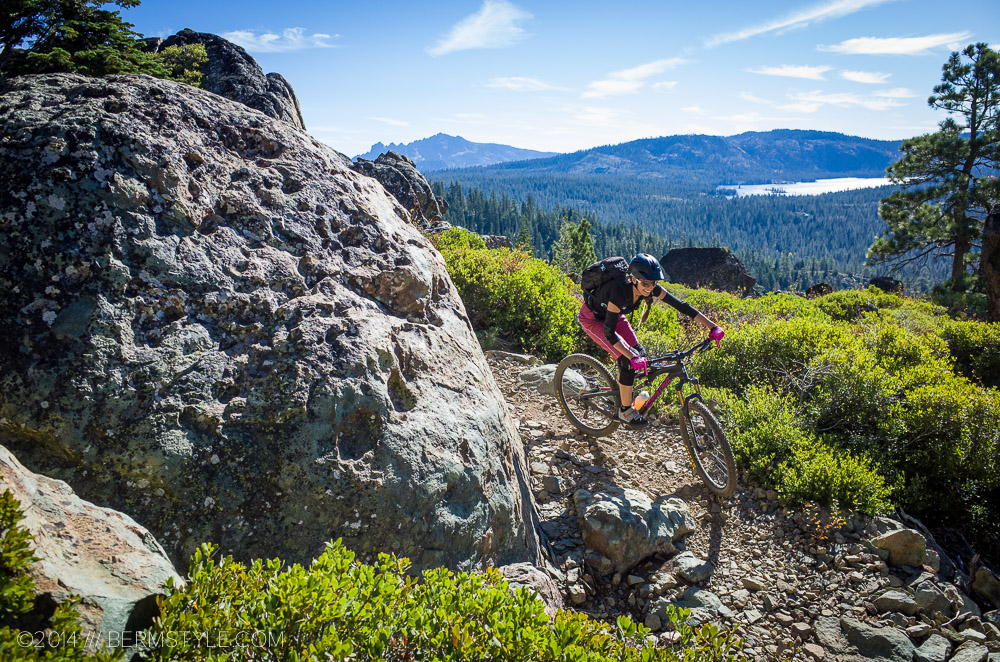 The descent at the top of the Mills Peak Trail is filled with amazing photo opportunities.

The views from the top of the trail make for amazing photo ops, and though it was hard to stop, we managed to capture a few moments from our ride, thanks to some patient and willing riding partners.

Had it been just the two of us, we likely would have left early and pedaled up from the bottom. That would have dramatically changed the nature of the downhill though, and dropping the trail with fresh legs was a boon, especially after some time off the bike due to injury. 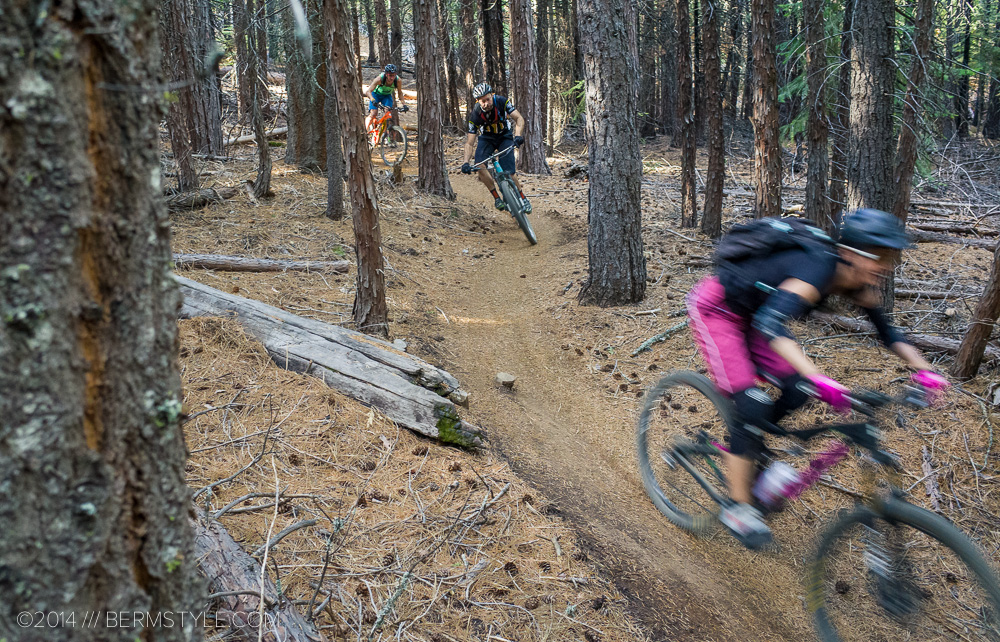 Inga, Will and Gus flowing through the trees while descending Mills Peak.

A few weeks back I took a hard hit to my ribs, which resulted to a few weeks stuck on the couch and getting to know my good friend Ibuprofen. After the downtime, it was great to be back on the bike— even with the resulting lack of fitness.

Taking the alt line near the end of one of the fire road intersections on Mills Peak.

Being a bit off the beaten path meant the trail was in great condition. We encountered a number of riders on the trail, but it was nowhere near as busy as the downhill. The Mills Peak descent has a lot of good flow with natural features, and is instantly a new favorite.

While it wasn’t terribly technical, most of the riders we encountered were on trail bikes with 5-6 inches of suspension travel. Inga and I were loving it on our rigs- the new Bronson and Nomad featuring 650b wheels.

When we arrived at the bottom we packed up and headed up to Packer Saddle for run number two, a trip down the traditional (and always a favorite) Downieville Downill. 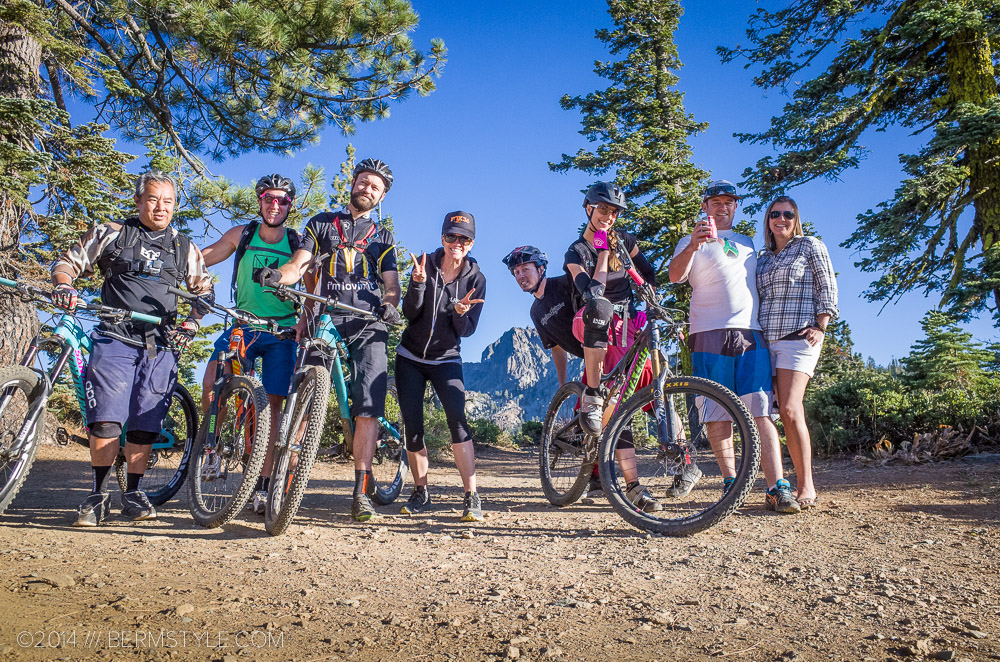 The Downieville Downhill is the signature trail of the area, and is always a blast.

Inga, Quoc and Gus compete for the biggest splash on the water crossing.

This was of course followed by a huge dinner, beers and great company with new friends.