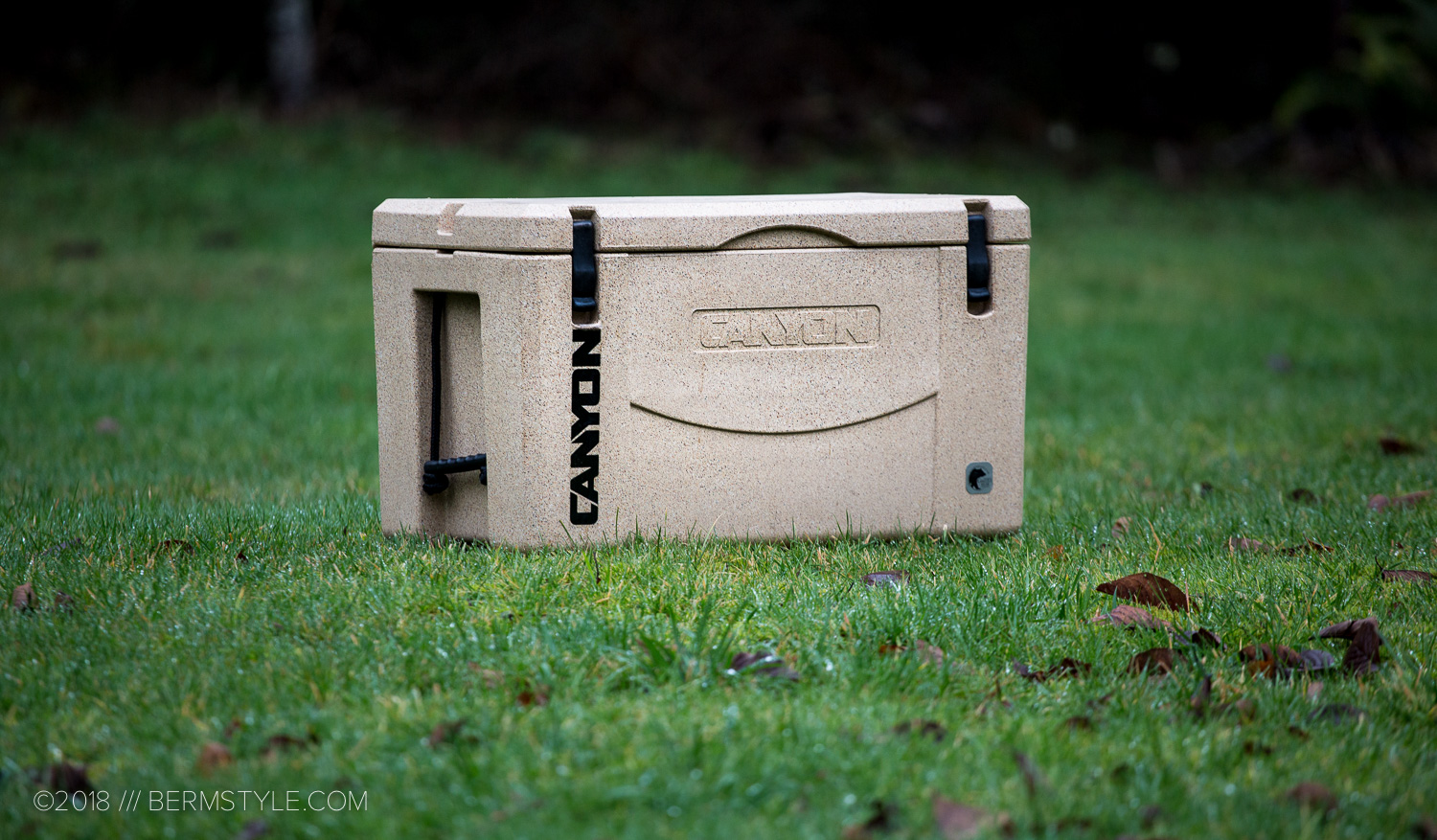 Based in Flagstaff, Arizona, Canyon Coolers specializes in making high quality coolers and accessories for expeditions and adventures. Built tough enough to resist a grizzly bear, Canyon Coolers utilize a roto-molded PE Construction with a 2.7″ thick wall. The Outfitter series is their line of premium ice chests.

We joined the #vanlife movement last year with the purchase of a new Dodge Ram Promaster. Buying new left us with a limited budget to get the van adventure worthy, and resources left over for the build out have been scarce. Although our long term plans include solar power and a small fridge, we needed a solution for keeping food now. 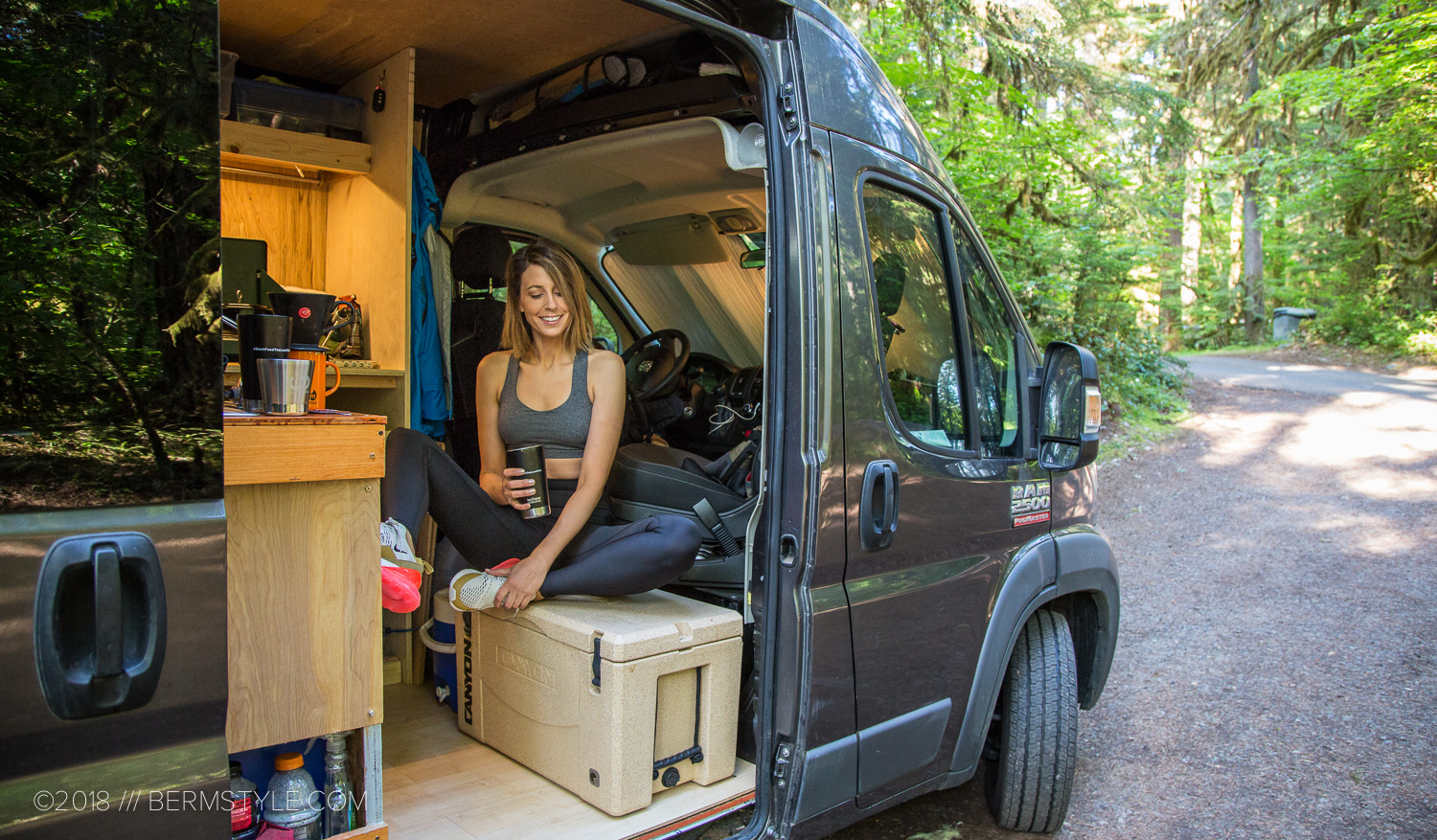 We already had a few budget coolers in use, but they simply weren’t capable of keeping food for a week on the road, much less a weekend long trip. We were having to purchase and refresh ice on a daily basis, and it was time for a better solution. We found it with the Canyon Coolers Outfitter series. After some deliberation, we selected the Outfitter 55.

The Outfitter 55 features a 55 quart capacity. Measuring 27.5″ x 15.25″ x 16.25, the footprint is sizable, which means considering it as part of your van build. Fortunately we have found it doubles as a seat or foot rest, which makes it doubly useful. 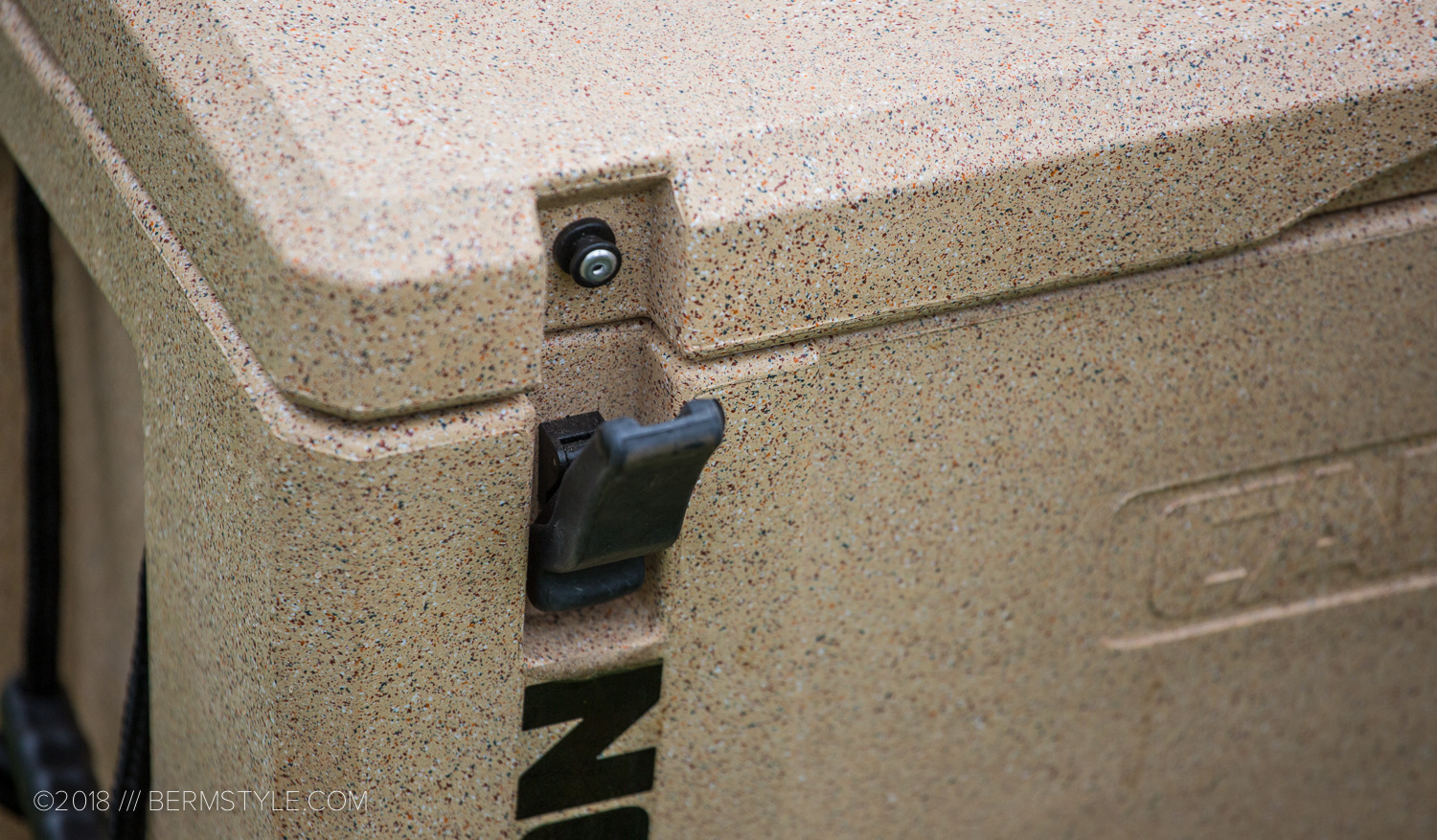 Features of the Outfitter 55 include: 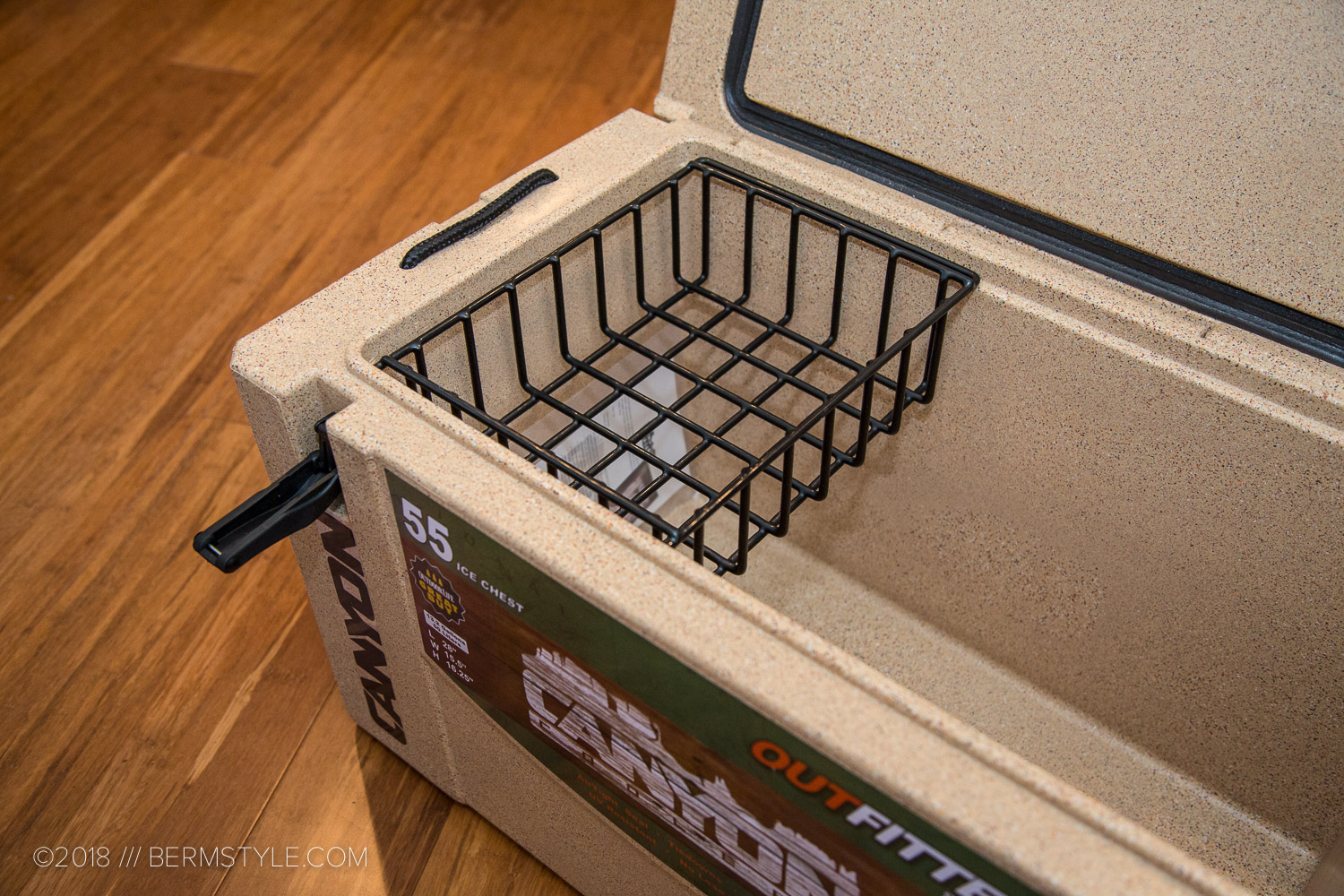 What size cooler do you need?

Determining the size we needed took some thought. While most of our trips are 2-3 day weekend outings, we also do 1-2 big adventures a year, and we didn’t want to feel forced to restock provisions all the time. Since we weren’t planning to move it during trips, portability isn’t an issue, so our priority was determining our ideal carrying capacity. We focused on how much food we’d be able to bring; while cold drinks are nice to have on hand, we considered it a secondary priority for our trips.

The two Canyon models we considered were the Outfitter 35 and the Outfitter 55, with 35 and 55 quart capacity. Taking into account that at least 1/3 of the storage space needs to be allocated to ice, we decided the 55 quart model was the better choice for our needs. Although it’s a lot of space for weekend trips — note that coolers do their best in regards to ice retention when completely filled — on shorter trips we would just fill any available space with additional cold drinks.

It turns out we carry the same amount of stuff whether its a weekend or longer trip, though I’ve taken to pre-preparing food when traveling solo weekend trips, storing it in portable glass containers. 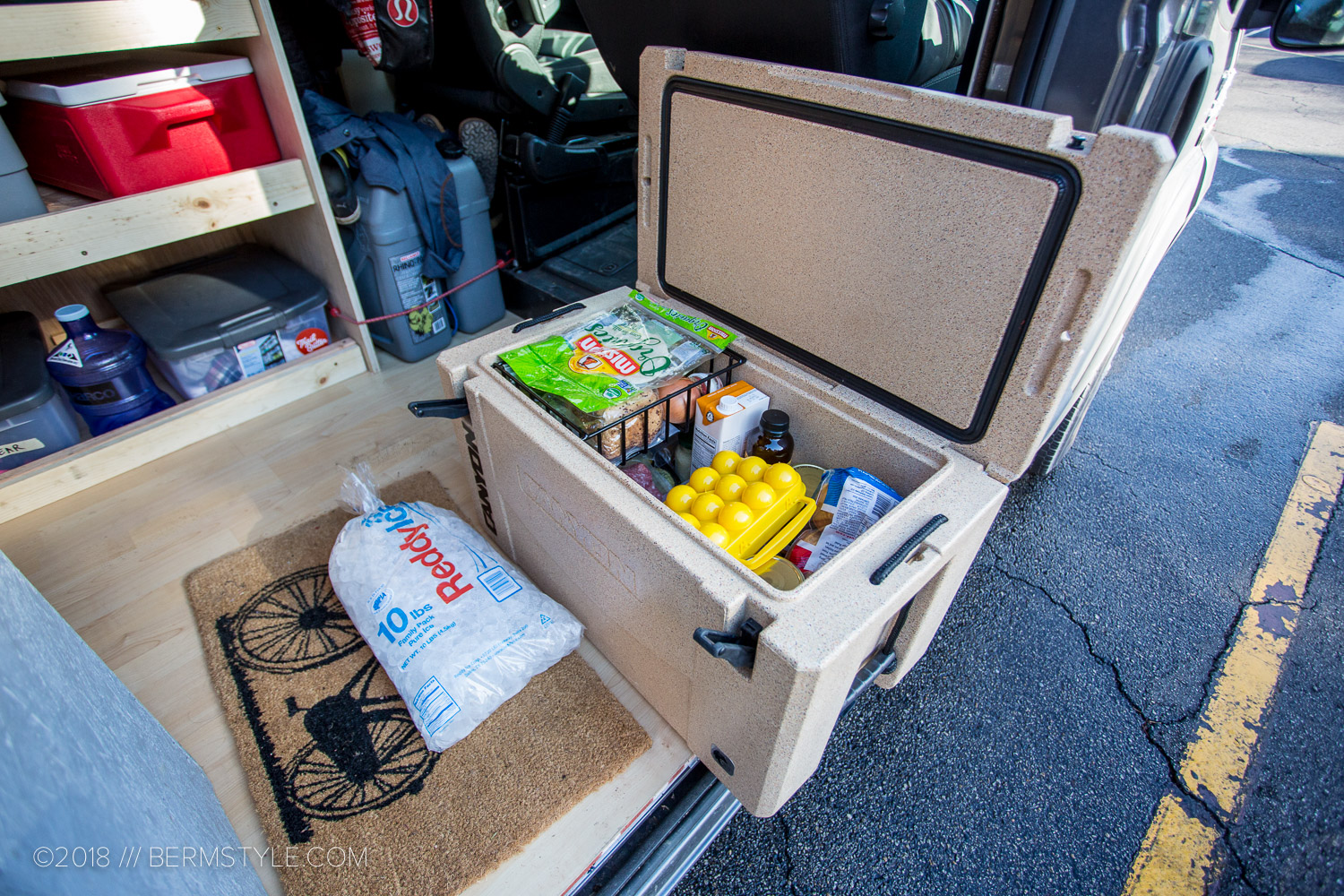 Our one restock of ice during a 10 day trip to the south west.

The difference between a high end cooler like the Outfitter 55 and a cheap one is virtually night and day. We’ve been able to go a full week without having to restock ice at times, though results can vary based on a number of factors. You definitely get what you pay for when you invest in these things. We’ve found there are a number of tips and tricks you can apply to maximize cooling performance as well. 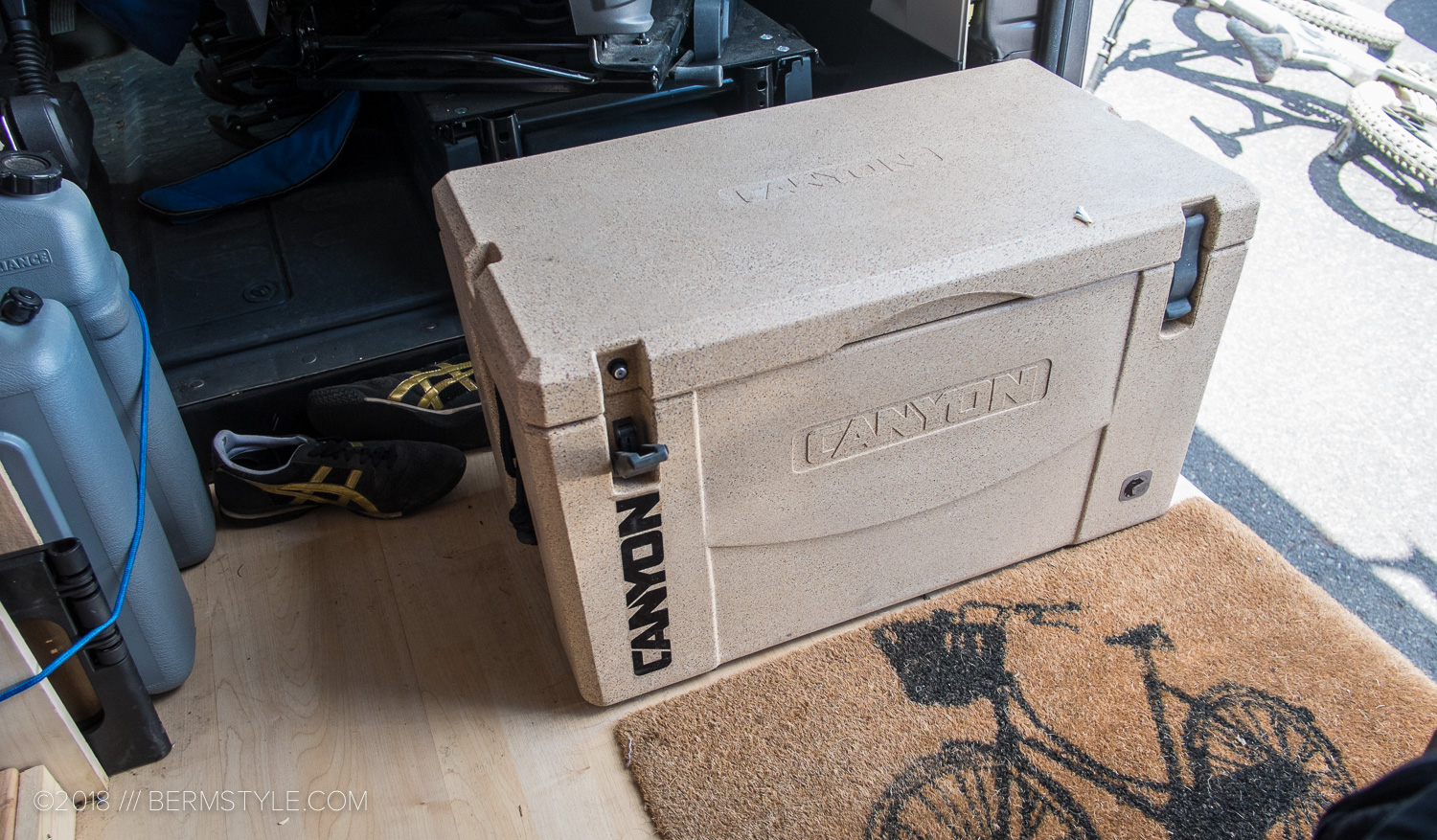 Canyon Coolers recommends pre-chilling the cooler before use in order to maximize ice retention. Minimizing the number of times you open and close the cooler to avoid letting warm air in also plays a factor in ice retention, as is the amount of air in the cooler. A full cooler of cold items does much better than a half full one. Adding pre-chilled drinks also plays a bit part. We usually freeze a water bottle or two to have cold water on hand, and it also helps keep everything else cold. I’ve also taken to keeping much of the ice in the bag, and distributing a few handfuls for coverage. When the ice melts, we keep the bulk of the ice cold water which still keeps items cold. 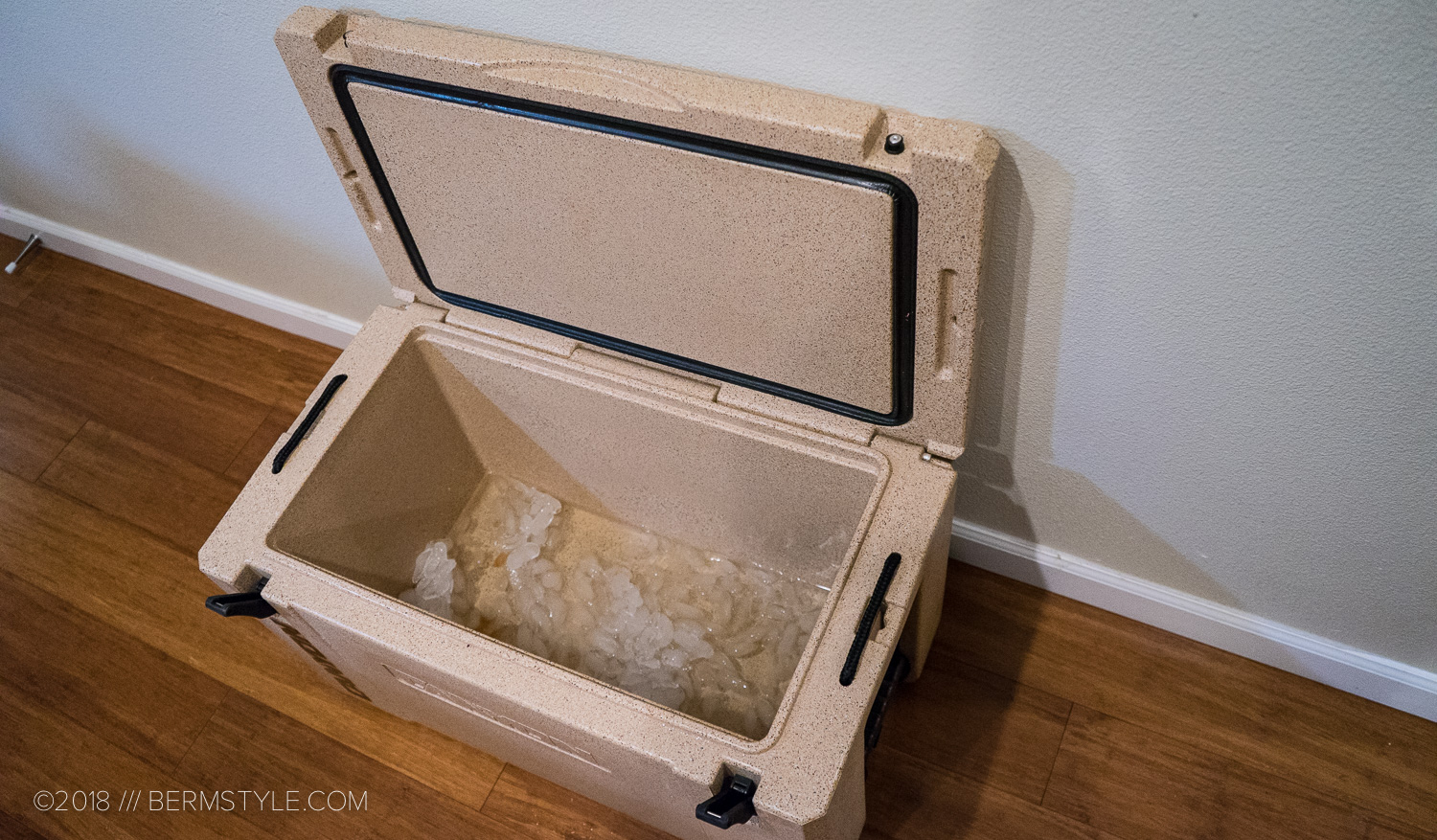 Left over ice upon coming home from a bike trip.

The hanging basket is the best add-on you can possibly make to these coolers, as it keeps items from the eventual water you’ll have. We currently have one, but adding a second would be nice. When preparing food, we’ll often just grab it out and shut the lid to keep the air as cold as we can. When we do drain water, it’s mostly to keep items like sandwiches and meats from getting submerged in the ice water mix. We’ve heard good things about dry ice, but it sounds like a hassle and could potentially keep items too cold and possibly damage the cooler. Plus we actually use the ice in our drinks… and have yet to have an issue with our food/drinks getting warm on a trip. 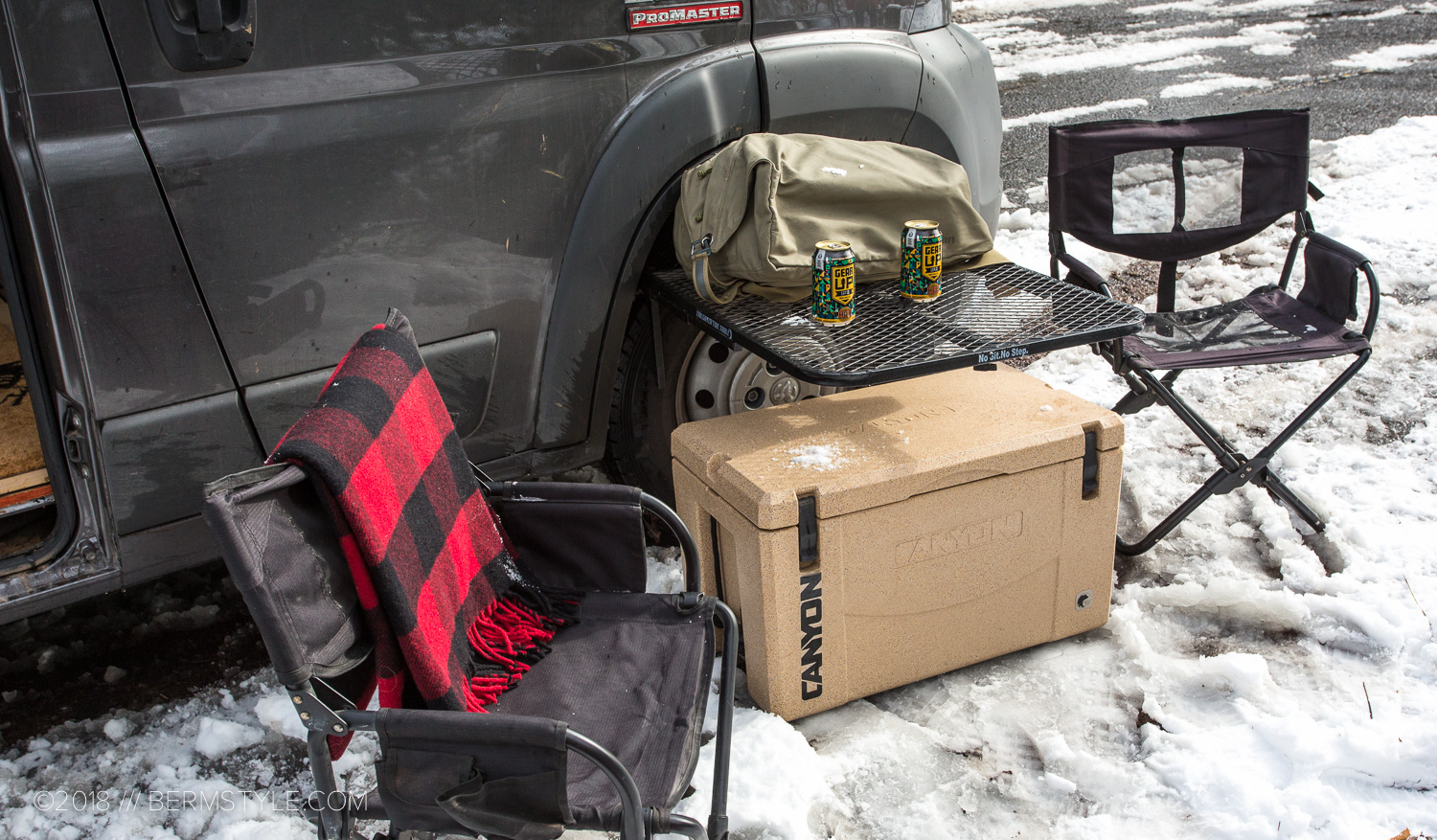 Coolers have come a long way in recent years, and while they aren’t inexpensive, the Canyon Outfitter ice chest really is a buy once, have forever proposition. It’s also priced very competitively compared to other brands / models in the category. Canyon recently lowered the list from $299 to $229, and the price is significantly less than a Yeti 45, which has less capacity, and over $100 less than the Yeti Tundra 65. They feature a lifetime warranty and based on the bombproof construction, I can’t imagine ever needing another cooler.

Unless of course it was a second, smaller one.

After living with the Canyon Outfitter 55, a second Outfitter 22 ($99) would be a fantastic compliment to have in the cab for snacks, drinks and shorter day trips. I’d almost argue we could have gone down a size to the 35qt version, but not having to run to the store to restock food means we can stay out longer.

The Canyon Coolers Outfitter 55 lists for $229. Learn more at CanyonCoolers.com or order one now at Amazon.com

Disclosure: Canyon graciously offered the use of the Outfitter cooler for this review. (We would have bought one anyway, it’s a fantastic product) 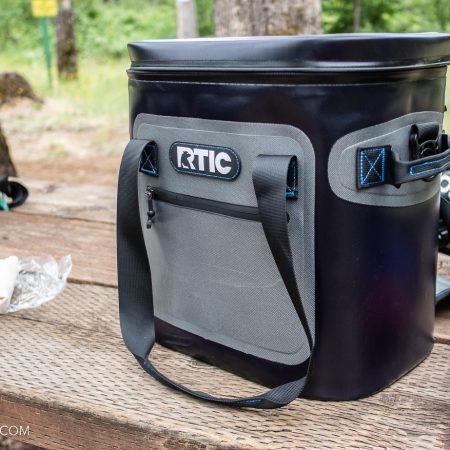