If you can’t live next to an epic route or killer dirt jump trails, the next best thing is having enough backyard available to build your very own pump track. That is exactly what my brother Izaak did. A few years back, after hearing about my visit to the holy grail of pumps also known as Mark Weir’s yard, Izaak downloaded Lee McCormack’s e-book, and started digging. Over the last two years, the backyard track has been refined a number of times until it has evolved to its current layout. 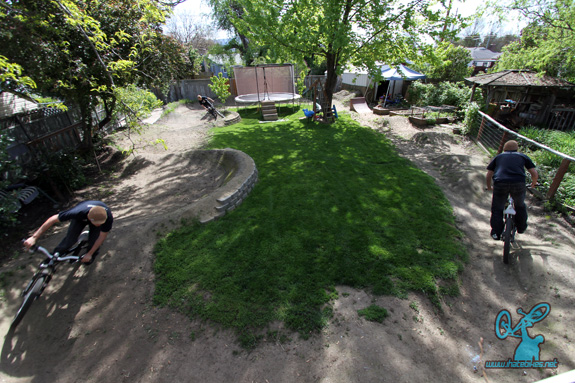 His yard doesn’t have a lot of soil to work with, so he has had to import dirt from down the street, buying fill dirt by the tractor load, and wheeling it in one stack of dirt at a time. The mix he purchases is a custom mix of half top soil, and half decomposed granite.

The track initially began as a basic loop. After the basic track was dialed in, he re-enforced the fence in the back of the yard so that he could hit it as a wall ride. The wall ride wasn’t enough though, so he later added a section of s-turns to change it up, and offer more options. Once the S-turn berms were dialed in, it was back to All-In-One-Rental to pick up some stone. By adding a retaining wall, he was able to re-enforce the backs of the berms, while adding a nice landscaped look to the yard. It also defines the track from the yard, which was convenient for mowing the lawn. 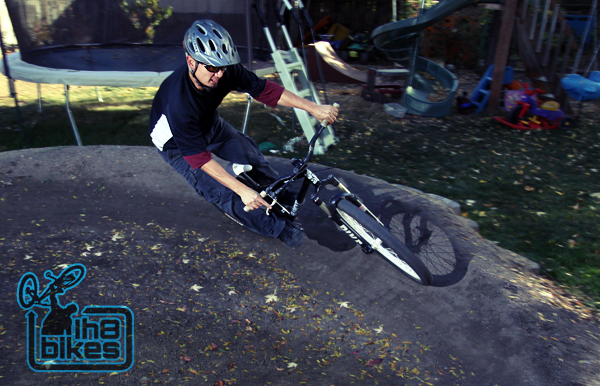 Pumping through the S-turns

Izaak proves it is possible to have a backyard for the kids to play in, and a place to ride his bike. The pump track also doubles as a track for his RC cars. 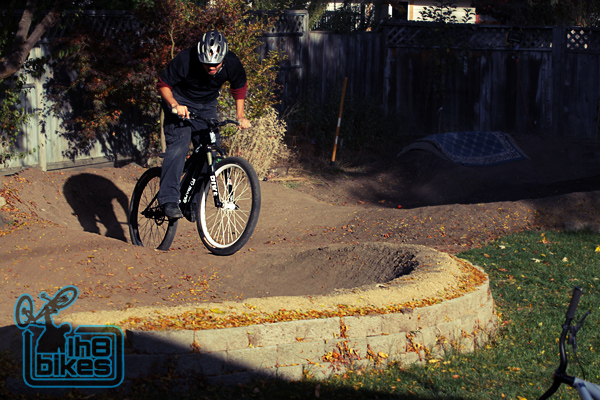 Pumping through the S-turns. 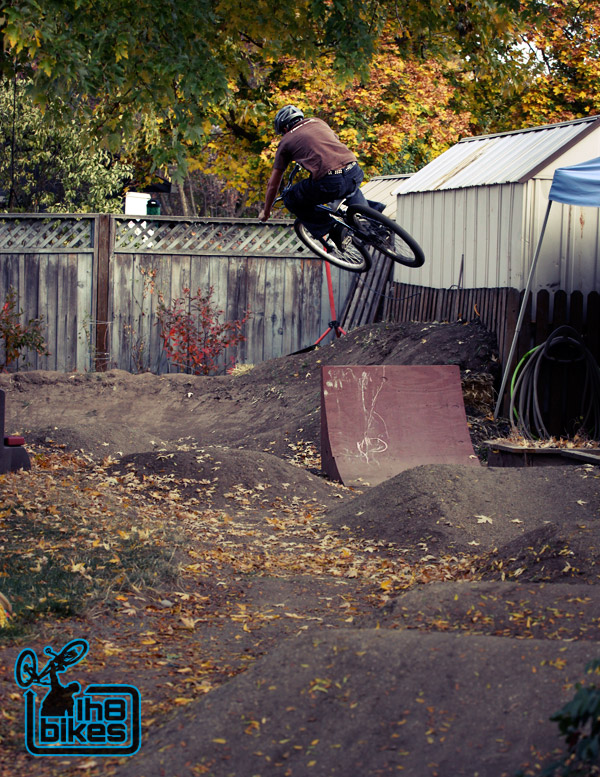 The latest addition: a wood kicker. Airing the wood to the extended berm.

The most recent addition has been a wood launch ramp. With the additional height from the launch ramp, a larger landing was needed, so haybales were brought in as a quick and dirty solution, and covered with more soil from the construction company up the street. 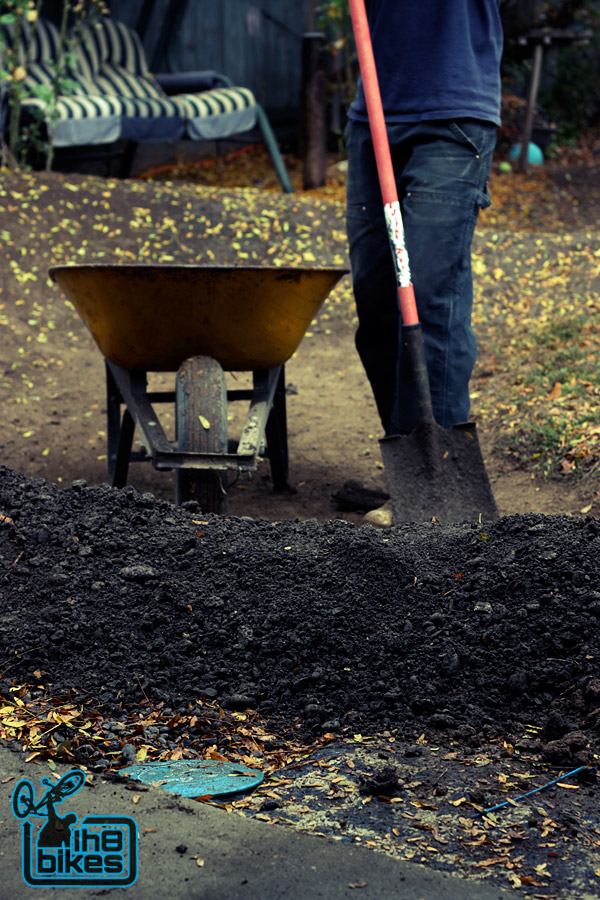