When I drove by this practically abandoned BMX park in Beaverton last week, I had to stop and record some images on my iPhone. I was at once excited and more than a bit bummed to see it. It is clear that Tualatin Parks and Rec maintains the park from the recently mowed lawns. However, it is clear that the park gets minimal use, as grass has over grown most of the lines. And who can blame the local neighborhood kids from not riding their bikes there all the time? The jumps are so worn down they obviously aren’t as fun as they could be. There appears to be some use, but they probably haven’t ever ridden a real BMX park before, and have no idea what an untapped resource they have beneath their tires. 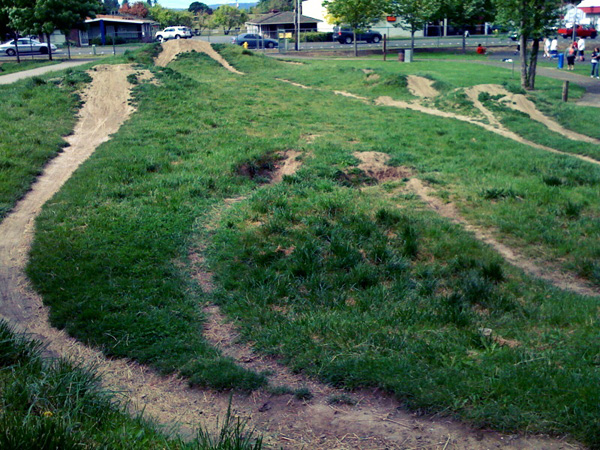 Eichler Park Bike Jumps, as they currently are. 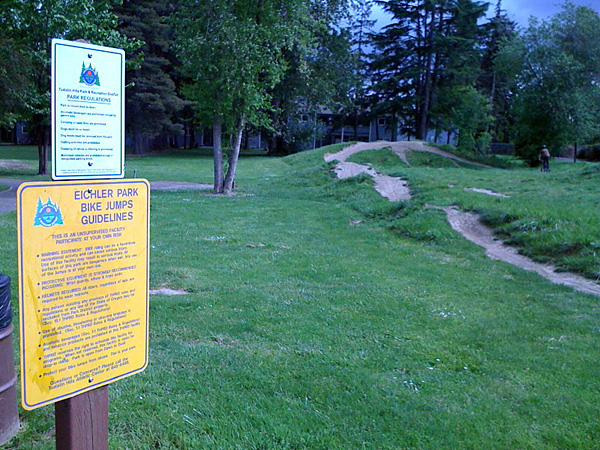 How hard could it be to contact the land manager at Parks and Rec, and get the ball rolling? From the posted signage, it already is an official bike park.

Take another look at what the park could be like if we worked with the Parks Department to rebuild the jumps and add a pump track. 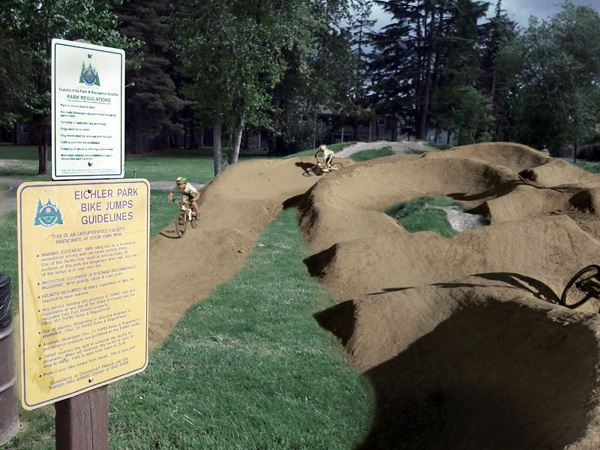 This! A quick mock up of of the potential this location has for kids of all ages. 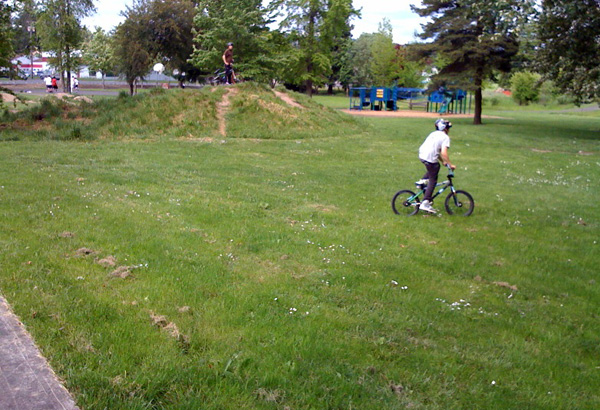 I believe this lawn is part of the park. It isn’t a ton of space, but I could still think of a million different ways to utilize it.

The phone number to Tualatin Hills Parks and Rec was on the sign, so I picked up the phone and started asking questions. Namely, “what will it take to get this park refreshed and revived for a new generation of riders?” I was directed to the Center Supervisor, and tonight I’ll be writing an email to see what I can do to get the ball rolling. 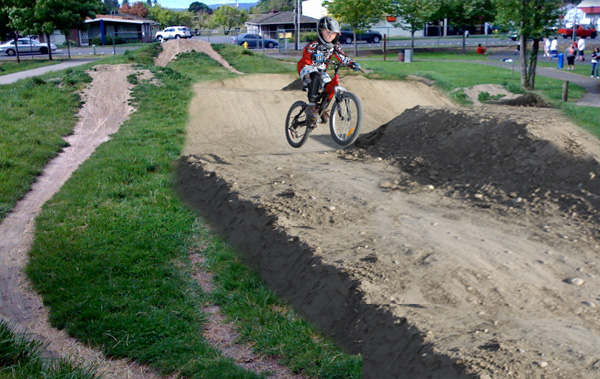 What it could look like with rebuilt table tops. (quick Photoshop mockup)

Will update this post when more information comes in.

Yesterday marked meeting number two with Tualatin Hills Park & Recreation, and while the progress is slow, it has definitely been made. The Risk and Contract Manager as well as the Athletic Facilities Coordinator were in attendance, with Joe Barcott representing the NWTA, and myself representing, well, the people that want a place to ride. An MOU was discussed for the potential partnership between the NWTA and Tualatin Hills.

This is very promising, and while we still can’t put a time line on when we’ll actually break ground, I’m currently researching specs for jump sizing and spacing to pass on for the dirt placement.

What will we need?

Basic BMX track Specifications say that a typical BMX track requires 2,000 – 4,000 cubic yards of dirt. That takes about 150-400 dump track loads depending on the size of the truck. Our site is going to be much smaller than a typical BMX track, with a focus on dirt jumps and skill building as opposed to competitive racing. If we were able to source 2,000 yards of dirt, it would be incredible, but realistically we can get by with less. 750 cubic yards should get the ball started, and still be enough soil to crown the runway between jumps, humps, and rollers for adequate drainage. For soil, we’ll need a clay based dirt with a mix of loam, without any rocks in the mix. 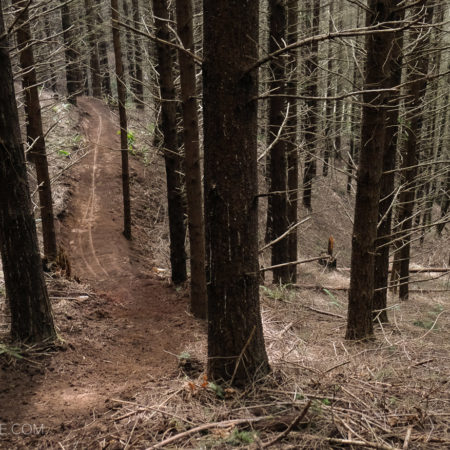