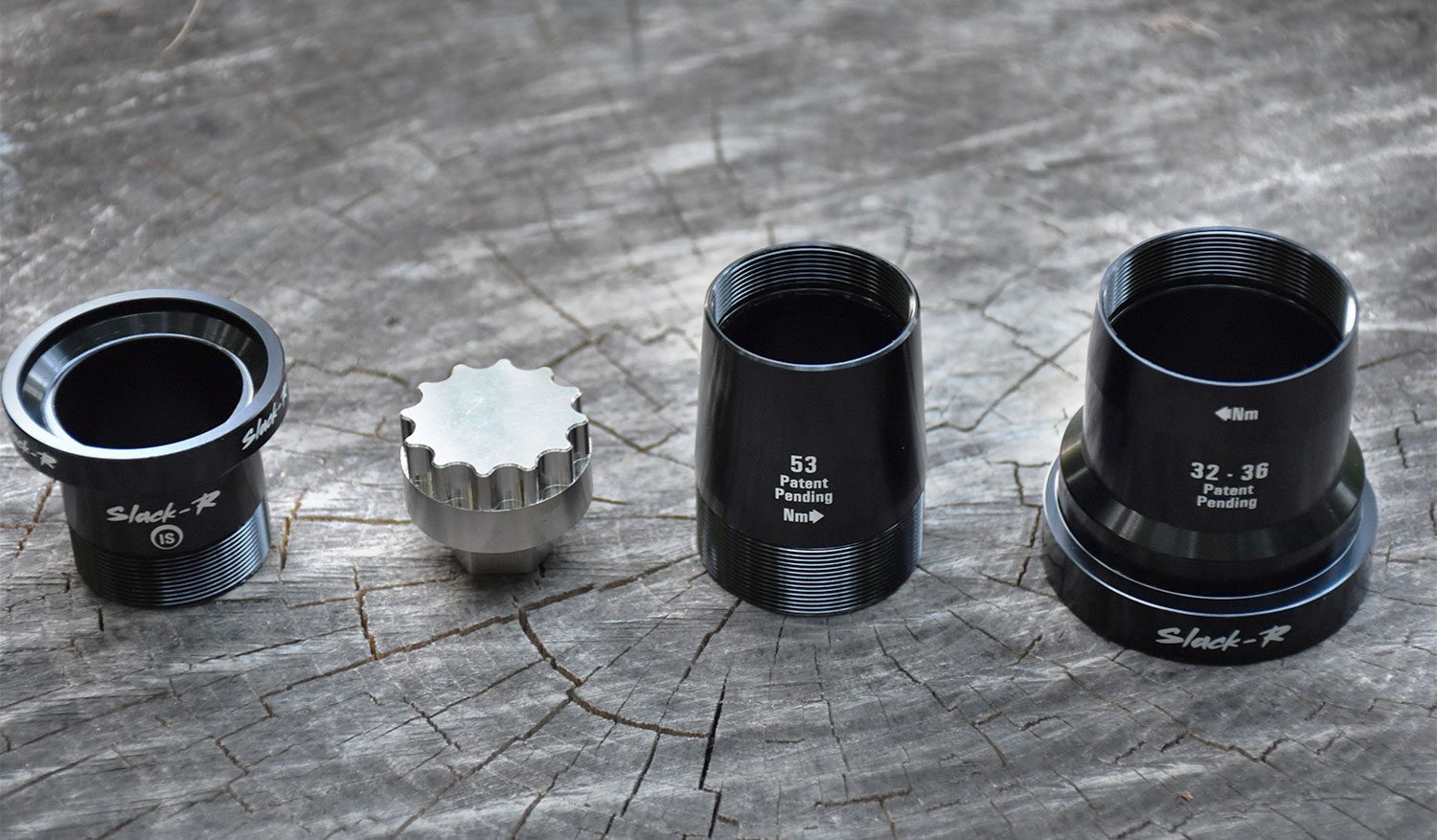 Looking at the Slack-R, it can be a bit confusing if you aren’t already familiar with the IS standard. Popularly known as the integrated headset, the IS standard utilizes the headtube as a component of the headset. As opposed to a press in cup, bearings are placed directly into the headtube. They’re extremely popular in BMX, where they simplify headset installation as they’re essentially tool-less installs, and frequently utilized in Chromoly MTB dirt jump and fixed gear track bikes as well. 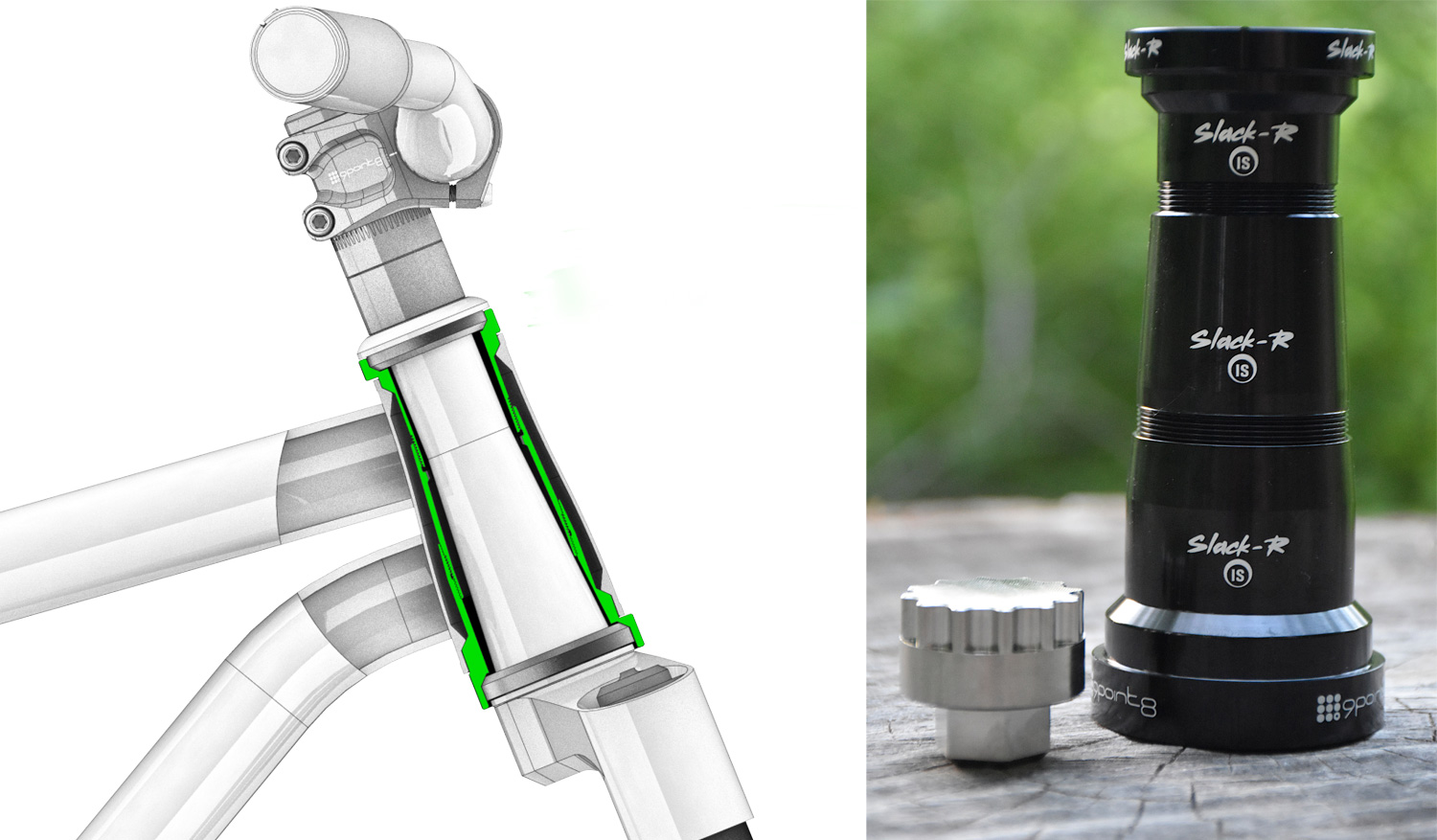 Instead of dropping the headset bearing directly into the frame as usual, the Slack-R drops into the headtube, with the top and bottom components acting as headset cups. The top and bottom cup replacement components thread into a middle section, which you select based on the length of your headtube. Because this piece is specific to each size frame, you’d need to replace it to utilize the components on a different size frame. 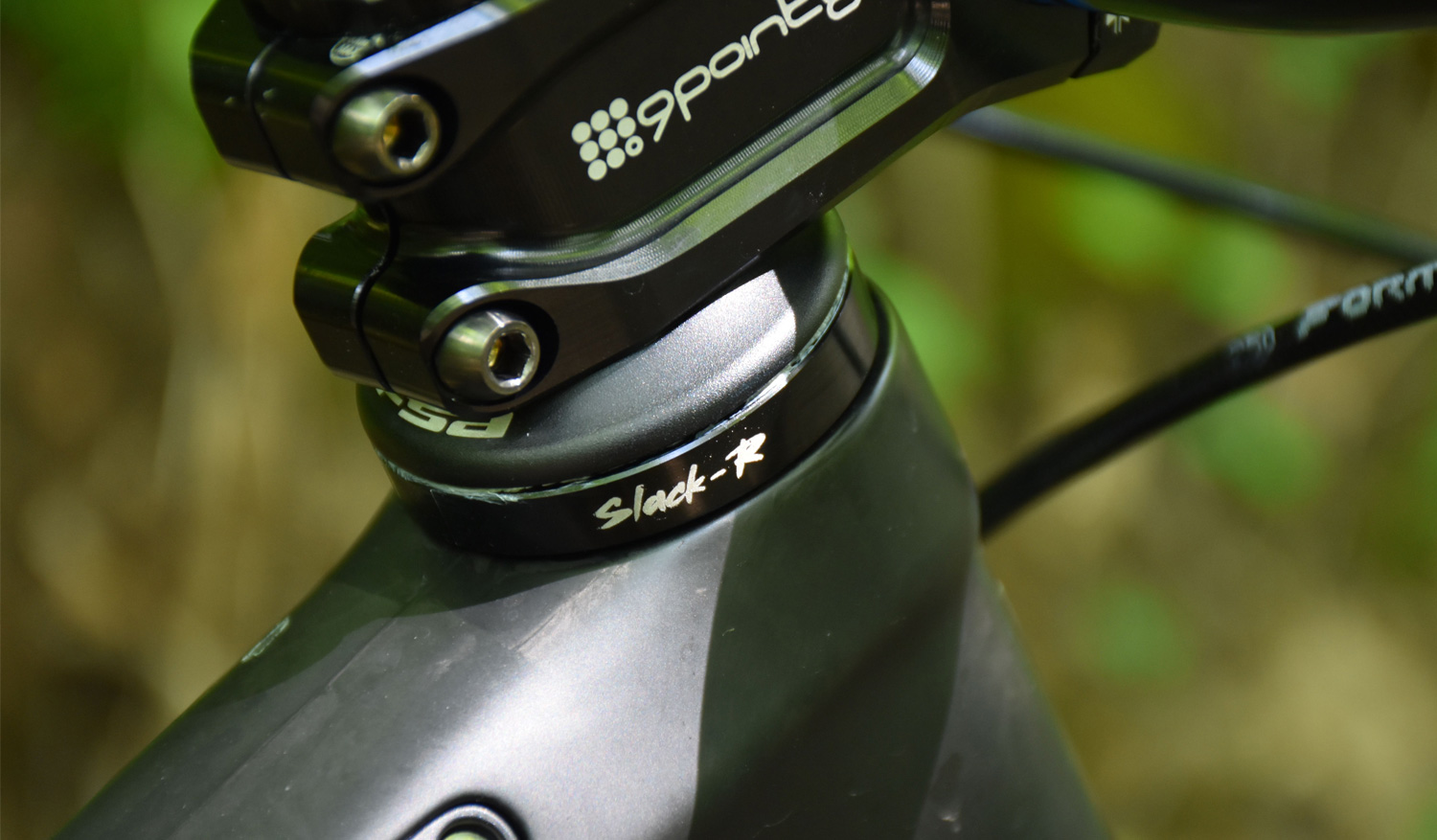 In addition to adjusting the headtube angle, the Slack-R also raises the bottom bracket and bar height 20mm.