We’ve got some lofty goals for the new year, (who doesn’t?) so making it out for a frosty trail ride on the first day of 2013 was a great way to kick things off. Fitting family time in with play time in Southern Oregon was a bonus , with snow as an ongoing theme.  The previous day was spent slicing turns at the Mount Ashland ski area, and for day two of play time, we headed to Applegate Lake to join the New Year’s Day Trail Ride put on by the Rouge Valley Mountain Bike Association. 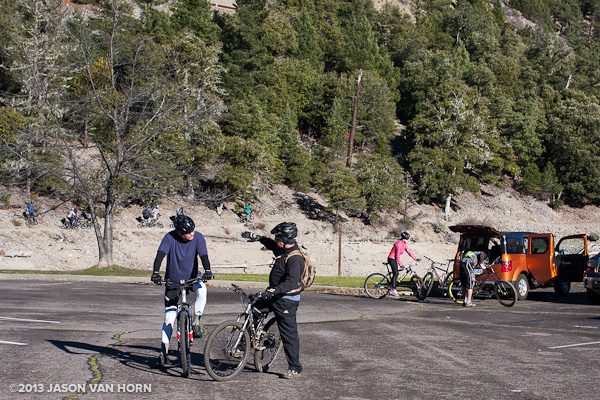 The sun was a welcome sight for the first day of the year.

Turnout for the ride was impressive, with a parking lot was full of riders looking to log their first ride of the year. After partaking in coffee and snacks, riders in groups headed out to start the 18 mile loop around the lake. After one more cup of coffee, the last members of our posse arrived and we headed out for a great ride. We encountered a number of downed trees on the trail, but overall, trail conditions were excellent.

The Apple Gate loop is fun, mostly single track loop about 18 miles in length. The trail contours around the lake providing great scenic views and short fire road jaunts to connect the pieces of trail. According to my GPS track, we did almost 1500 feet of elevation, but as it’s spread out with only one major climb, a fit rider can knock out the loop at a solid pace. In fact, we’re planning to come back in the summer to knock it out on hardtails to get some burn on.

My winter gear came out of the back of the closet recently with the cool weather, and I was glad to have it on this run. Half of the ride around the lake was pleasant and warm, with the sun providing a respite from the cool temperature. However, once we reached the side of the lake covered in shadow, the temperatures dropped significantly. That said, it was a nice change of pace to get some time pedaling in a bit of snow. 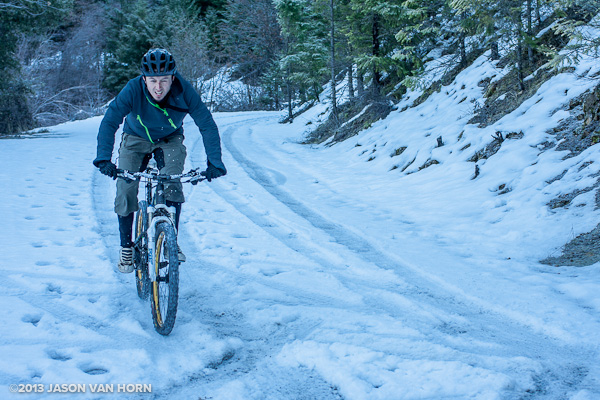 A snow covered section on one of the infrequent road sections of the 18 mile loop. Gnar face, post face-plant.

I enjoyed a bit of additional excitement on a snow-covered section road descent when I sprinted past the guys in the group to pin it down a hard packed rut created by tires. Turns out the snow was significantly harder than it looked; when I decided to air a small rise before a turn, I landed slightly off-line in the rut and found myself high-siding, hitting the snow face-first before twisting onto my back to slide it out on my pack. The snow had bits of ice in it that scraped me up, so along with getting the first crash of the year out of the way, I also ended up with somewhat impressive scratches on my nose, and the rep of being “that guy that crashed.” Good times. It’s probably worth mentioning that my backup camera, a Canon 40D, survived unscathed despite breaking my fall and even better, still seems to still be focusing correctly.

After wrapping up the loop, we joined old and new friends for refreshments and conversation. Cheers. 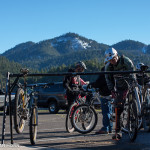 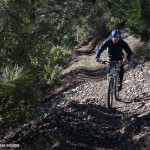 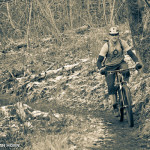 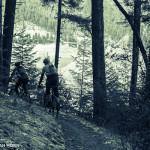 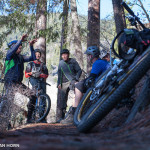 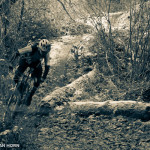 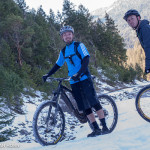 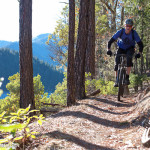 Learn more about the Rouge Valley Mountain Bike Association at their website here.

The ride received a bit of local press; check it out at the Mail Tribune. 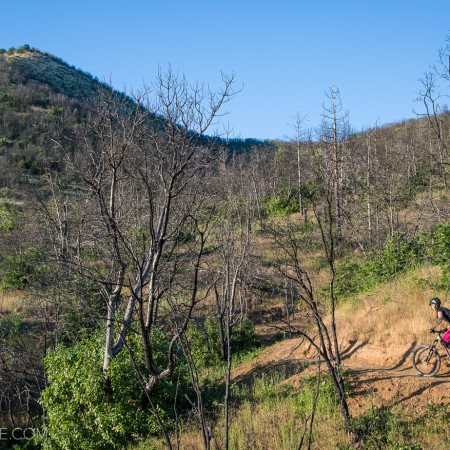 Mountain of the Rogue Trail: Rogue River, OR