2008 has been a summer of trips for us. From day trips to local Nor-cal hotspots like Northstar at Tahoe, Downieville, and Santa Cruz, to weekends spent further north in Ashland, Oregon.

We even managed a weeklong trip further north to Falls City, Hood River, and Portland. In Portland we experienced riding at various local backyard pump tracks, as well as riding the incredible Freeride trails at Post Canyon in Hood River. In short, we have been chasing the best trails all over the west coast, and explored- finding an in to secret DH runs just outside of my home town of Astoria, Oregon. Who would have known? 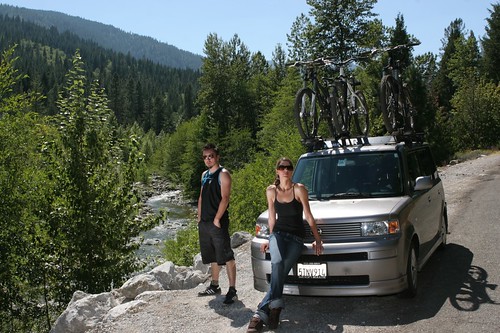 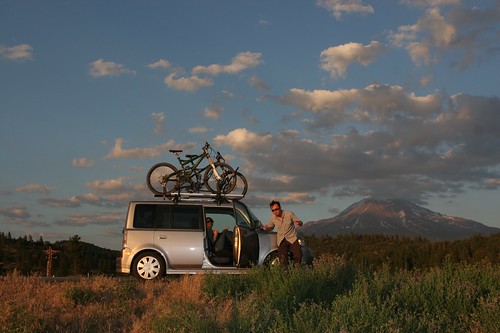 On one of the first trips of the summer, we experienced the one of the strangest drives ever. A 6 hour drive turned into a 14 hour ordeal that began with ad by a Sniper/ cop killer that had the cops closing the freeway. That was followed up by a collision and getting rear ended. Then, a detour to the middle of no where, driving some empty gravel Oregon backroad, and a wall of hay. 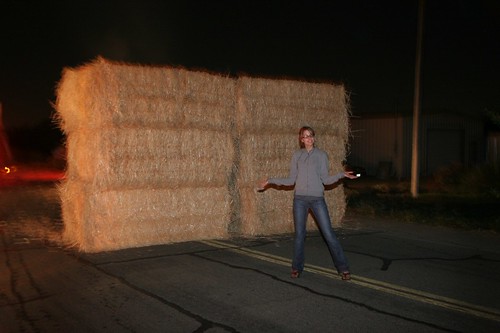 You read that right. A wall of hay. Photo: Jason Van Horn

My biggest regret of the night was not shooting a picture of this sight from our perspective in the car. Imagine being on a road in the middle of nowhere, and a long stretch of empty highway. It’s about 3 or 4 o’clock in the morning, and you’ve been sitting in the car- stuck in traffic for hours. After hours of non-movement, traffic begins to creep forward until it suddenly stops once again. Unfortunately, the car behind the car behind you does not, pounding the car into an accordion like shape, and right into you. A loud “bang!” is heard, and glancing in the rear view mirror, you try to accelerate to get out of the way. Unfortunately, due to our tired and dulled senses, we were not quite quick enough to avoid the impact. However, our reaction did minimize the damage sustained, so that our vehicle was still drivable, unlike the other two. The collision led to another hour or two of filing traffic reports and trading insurance information, before we were finally able to continue our journey.

Next came a detour and a tour of the backroads of Northern California, as over 12 miles of freeway was closed due to the cop killer on the loose. We are now driving down a dark and empty road in the middle B.F.E. when the road abruptly ended with a wall. A wall? Plagued by a lack of sleep, it appeared as a hallucination. “Do you see that?” I ask Inga. The wall blocks the road ahead, like a surreal vision straight of the Twilight Zone. It is a wall of hay. “Huh. That ain’t right.” I mutter. It turns out a truck has over turned, dumping a wall of hay perfectly perpendicular to our direction of travel. When we finally come up to it we pull off and take a wall around it, were I take a snap shot. Fortunately, we are able to drive around it, and we were able to continue on our way home. We finally end up in San Francisco, late for work, where we both decide to call in sick, due to a lack of sleep. The irony is that even with the substantial drama, it went down as one of our favorite trips of the summer. 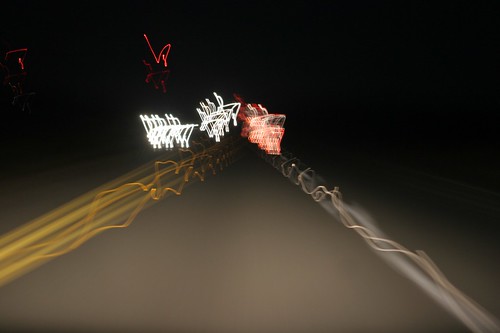 After being on the road for hours, things can get a bit blurry and surreal. Photo: Jason Van Horn 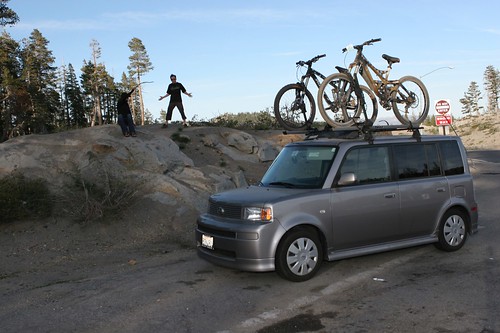 The little Xbox that could. photo: Jason Van Horn

Our season is now winding down a bit due to the absence of daylight and the short days of fall, but thanks to our long riding season here in the Bay Area, we’re planning to continue the adventure year-round. Next on our agenda: a visit to Moab, Utah, and Bootleg Canyon near Las Vegas.